I really do think the official paint color of Albuquerque (ABQ) is turquoise. Several structures in Civic Plaza, at the center of the city's civic and hotel district, are painted turquoise. This district was the result of a redevelopment project in the late 1960s, the Tijeras Urban Renewal Project.

The photographs were taken from a nearby hotel room. From that vantage point, the plaza seemed vast and eye-candyish. The plantings on the southern edge reminded me of the works of Roberto Burle Marx. 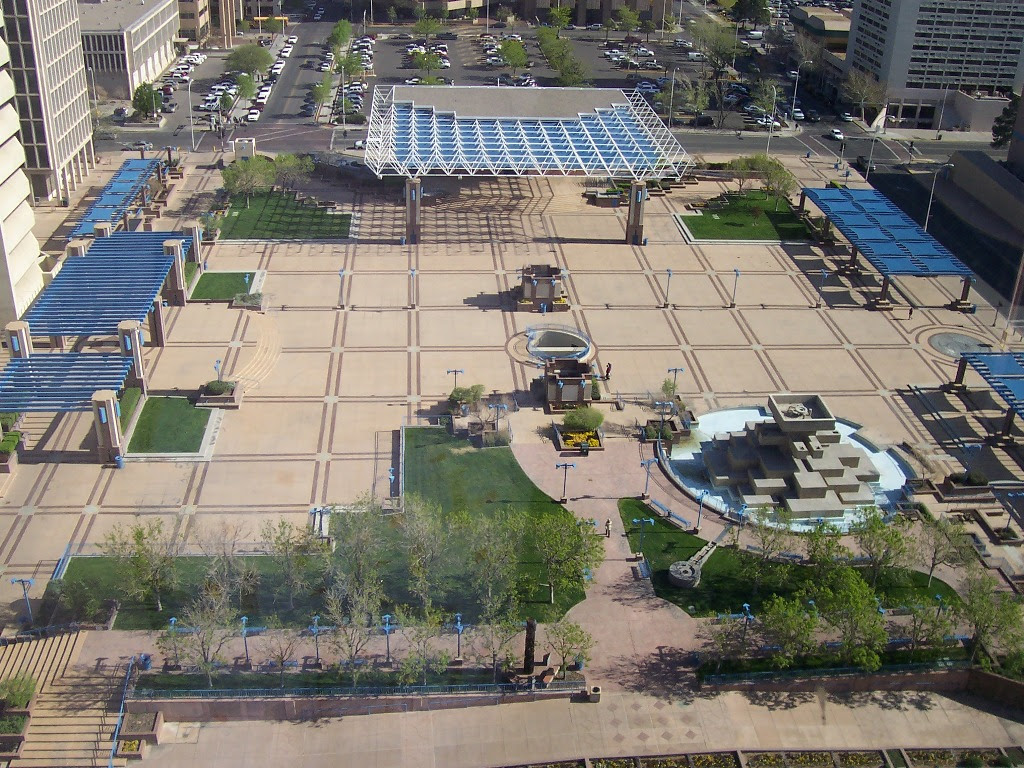 In contrast, on the ground, the plaza did not feel like I.M. Pei's design for the Boston City Hall plaza - intimidating, overwhelming. The plaza is nicely segmented with shorts flights of steps, planters, small patches of lawn, and trees (mostly ash, maybe the Arizona ash). The plaza sits above a parking garage and an event space is located at the Marquette edge.

Although the temperature was cold (thankfully the sun was out), people did not avoid the plaza. I observed people walking through it (not quickly), people sitting in it (three men: one was reading, one was carving a walking stick, and one was combing his mustache), and people planning an event. 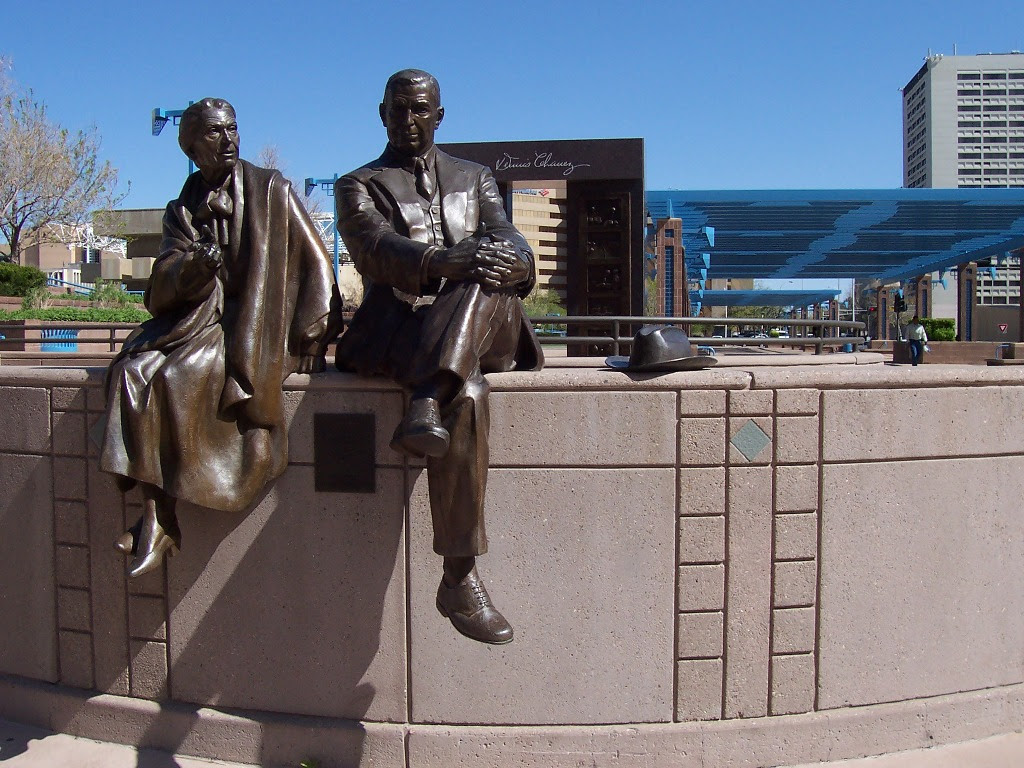 Another interesting element of the plaza is the sculpture of former New Mexico Senator Dennis Chavez by Cynthia and J. Mark Rowland titled "El Senador" (1997). 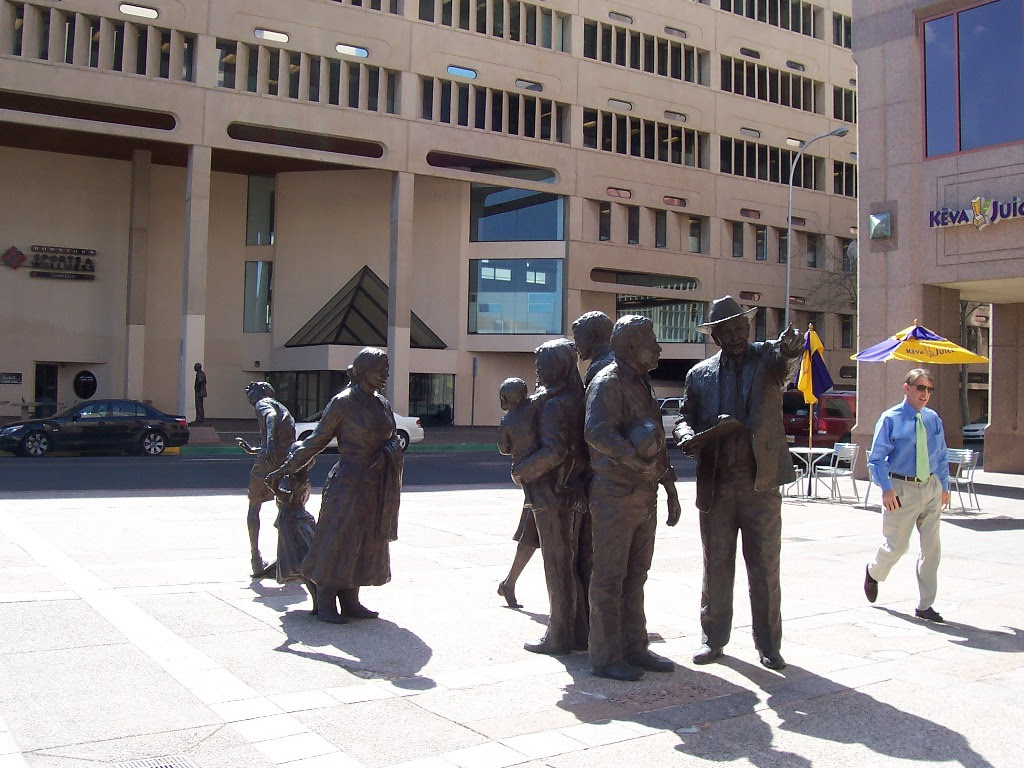 Across Tijeras is another sculpture, "Sidewalk Society," by Glenna Goodacre. Although I did not observe this level of sidewalk life in this district, the sculpture is a nice complement to El Senador. 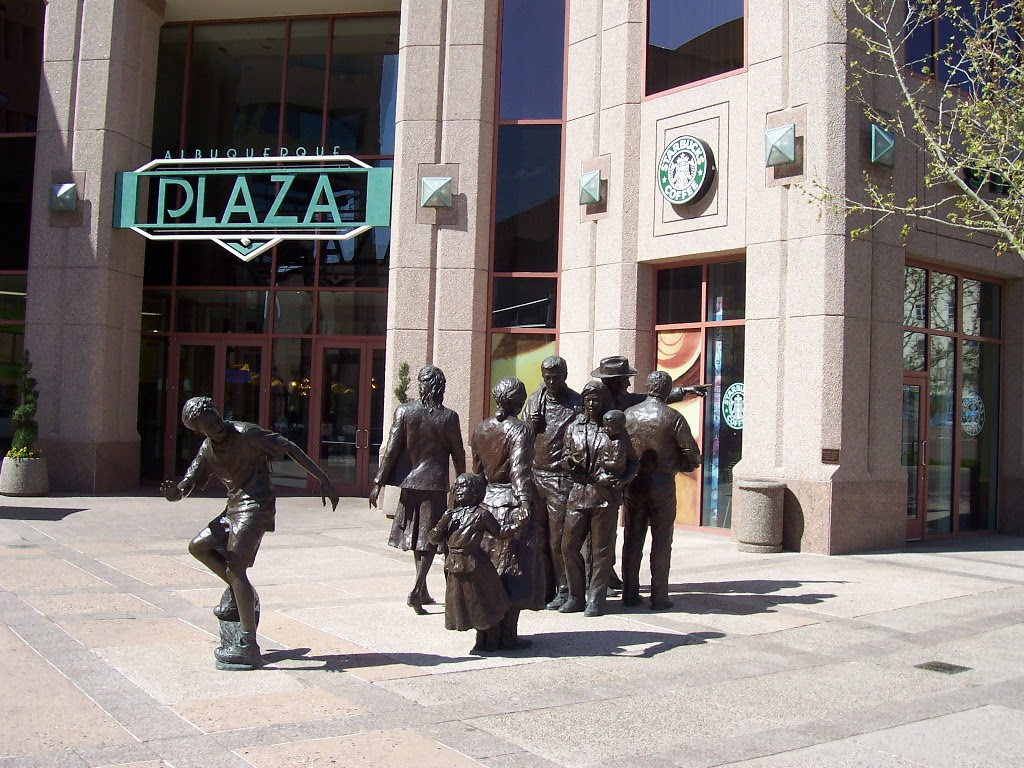