September 01, 2010
You've heard of do-it-yourself, or DIY.  Designers Atom Cianfarani and Lori Gibbs of Green Roof Workshop have coined the phrase Green-It-Yourself to describe their affordable and accessible approach to green roof design-build. 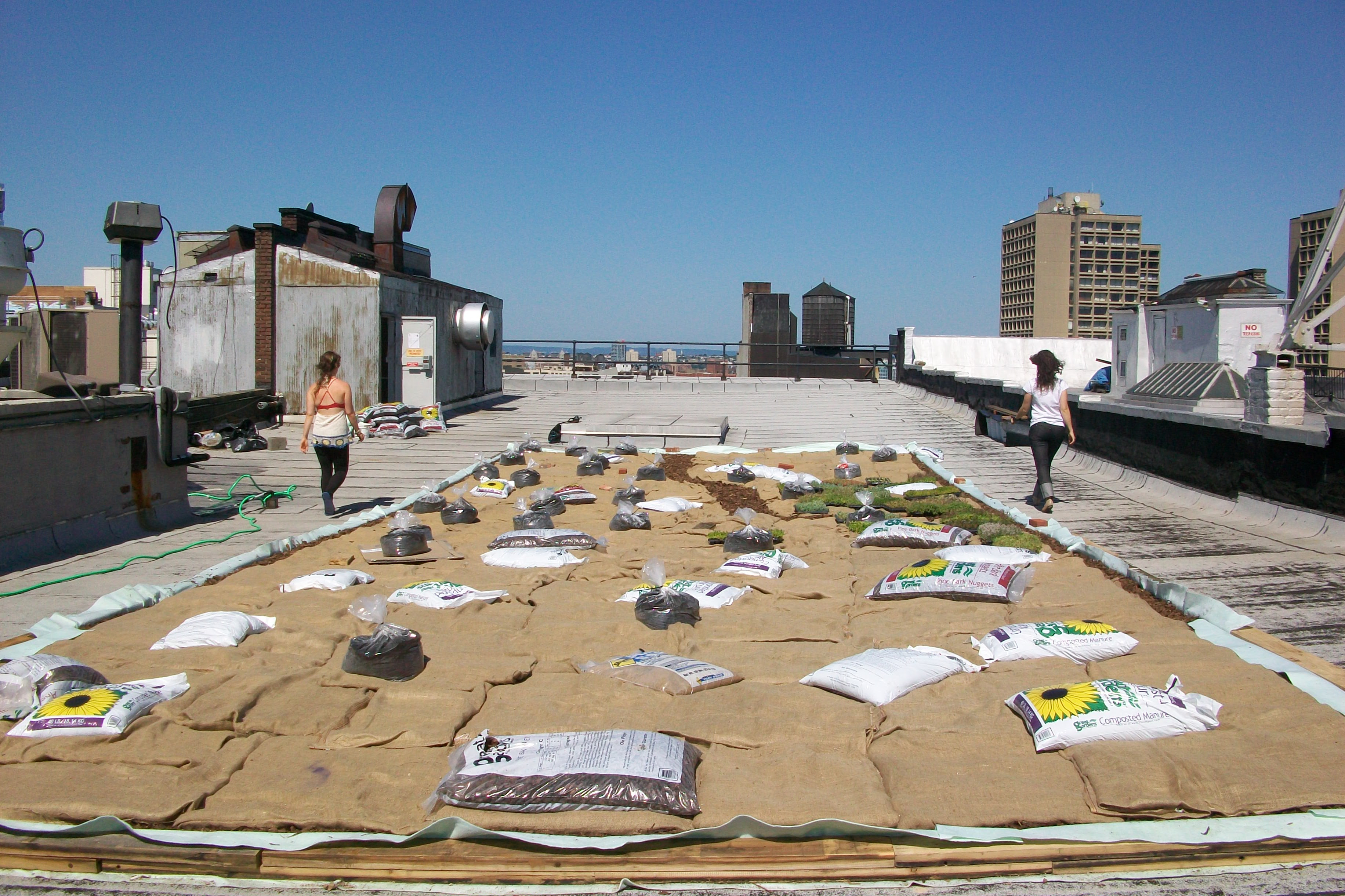 I attended the last day of a two-week extensive* green roof garden installation at 594 Broadway, a Newmark Knight Frank building in SoHo (Project 594 Roof Garden), the home of the project organizer, Flavorpill.com. The work that had occurred prior to my attendance included the installation of a polyethylene root guard (Atom recommended using another product, EPDM); a recycled Geo-Textile, USA-made roof protection mat; recycled wood perimeter; an Optigreen drainage layer (resembles egg crates); a recycled Geo-Textile, USA-made drain/filter cloth; wood chips at the perimeter, and GaiaSoil enclosed in burlap sacks. 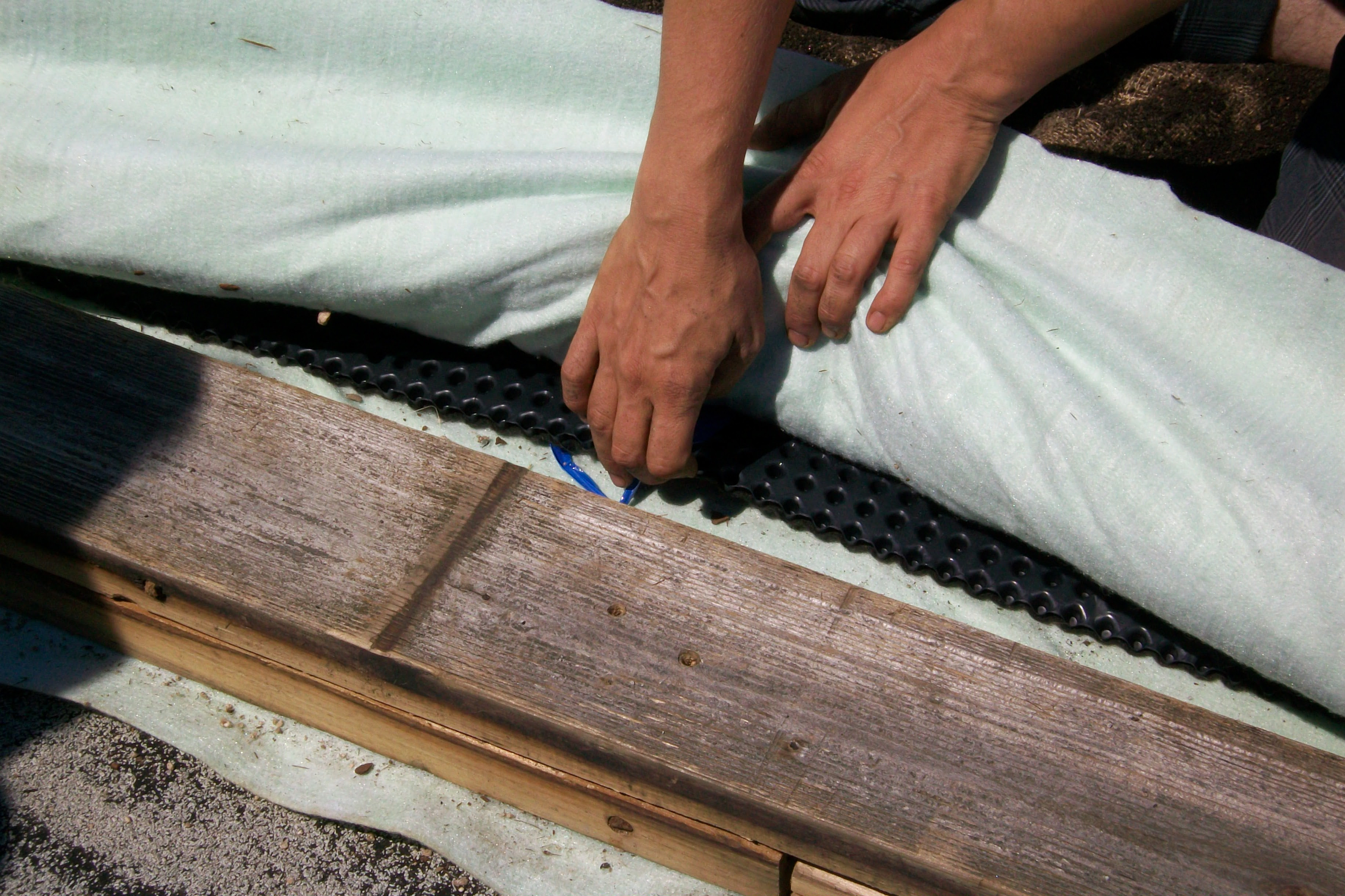 On the final day of the project, two types of compost were laid down -- one for the sedums and one for cuttings and seeds. In addition, the seed areas received a layer of 1:1:1/2 clean sand, compost, and lava rock; the cuttings areas received a layer of lava rock; and the sedum areas were lightly topped with wood chips. This system, as described by Atom, is a "German system using accessible materials." Only two of the materials -- the drainage layer and roof barrier -- used in the 594 Broadway roof garden are difficult to source outside the internet or a local hardware store and Atom offers these two products through Green It Yourself Supply shop. 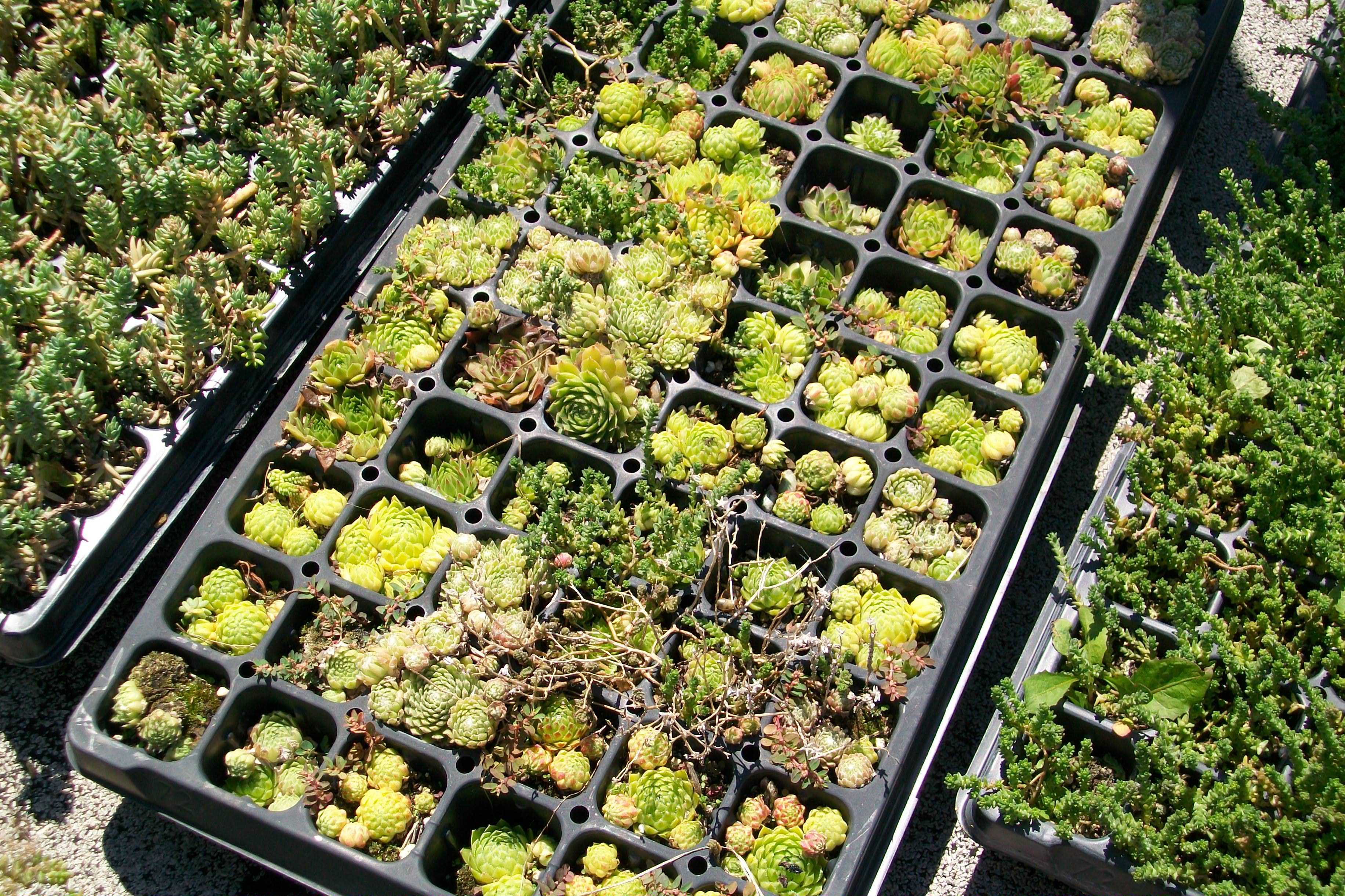 Despite wearing gloves, I got my hands dirty which was great!  I laid down compost and wood chips as well as arranged sedums in a three per square foot pattern and planted a few of them.  The plant palette included Sedum album (white stonecrop), S. acre (goldmoss stonecrop), S. spurium (tworow stonecrop), S. sexangulare (tasteless stonecrop), and Sempervivum tectorum (hens and chicks).   (See PLANTS Profile for Sedum for more information.)  Ice plant was also planted.  I was surprised by the inclusion of ice plant because it is considered invasive in California (see USDA PLANTS Weeds of California for more information).  I do not know the species information for the ice plant used at 594 Broadway.

A green roof typically costs $30-50 per square foot compared to $2.70 per square foot at 594 Broadway. A brownstone in Brooklyn served as a template for this significant cost reduction.  Atom believes that there will be "green roofs all over New York City if [the system] is affordable" which is why she advocates for accessible and affordable materials, not proprietary systems.

 The Project 594 Roof Garden was envisioned to reduce the building's contribution to stormwater run-off and to reduce cooling costs.  Green roofs are one of the best management practices encouraged by the City as part of its PlaNYC 2030 Water Quality Initiative.  The monetary incentive for green roof installation is "a property tax abatement to off-set 35% of the installation cost of a green roof" (also see DDC Cool & Green Roofing Manual). 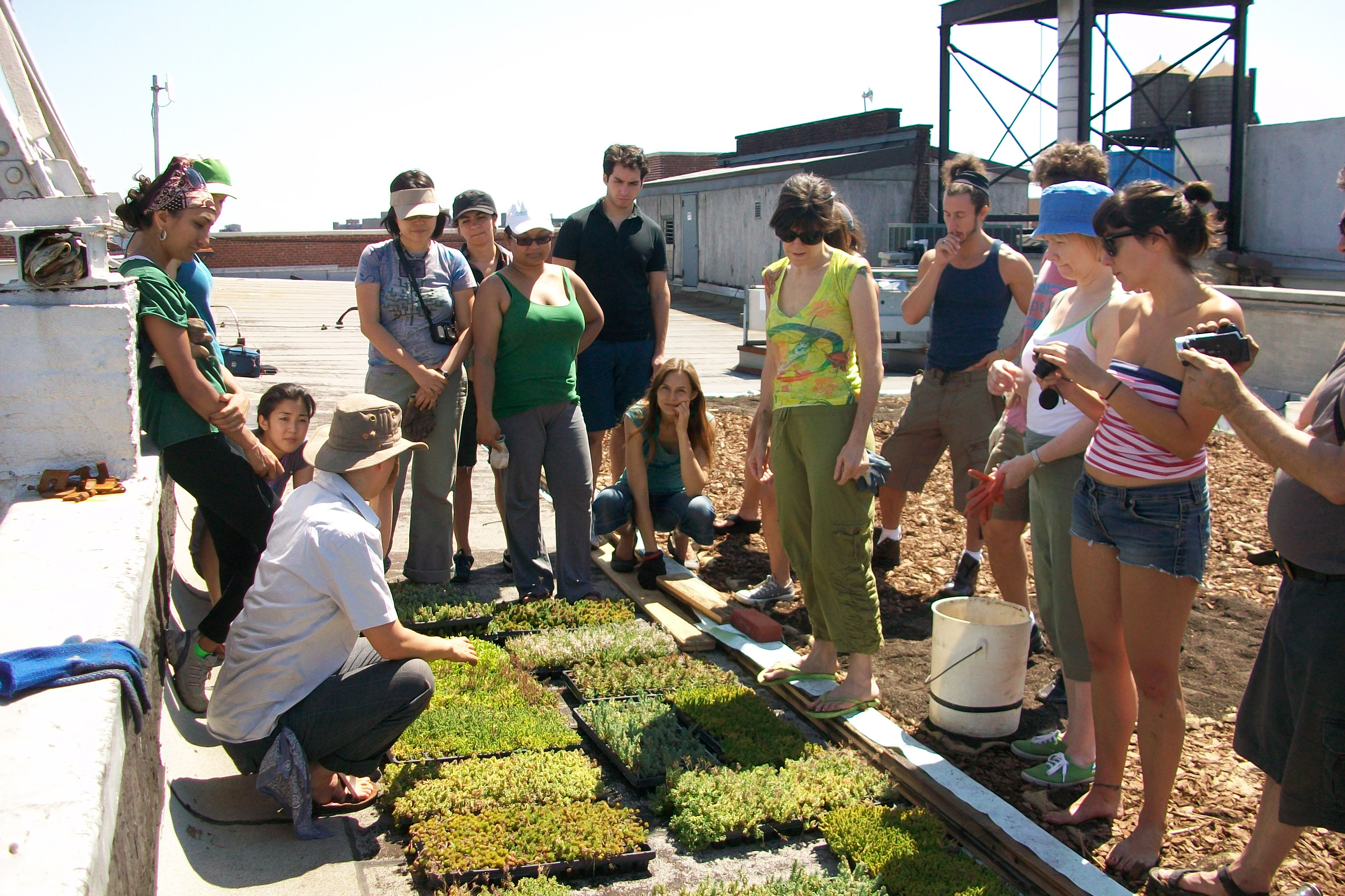 Finally, on a sociological note, most of the volunteers (excluding Atom, Natasha, and two official women videographers) were women (14 of 18).

Thank you to Natasha at Flavorpill and to KIND bars, Tumeric Alive, and Beyond Kombucha for the refreshments -- it was hot on the roof!

* An extensive roof is light weight and shallow in contrast to an intensive roof which is heavy weight and deep.  The roof at 594 Broadway has two inches of growing medium ad weighs 10-11 lbs/square foot at saturation.