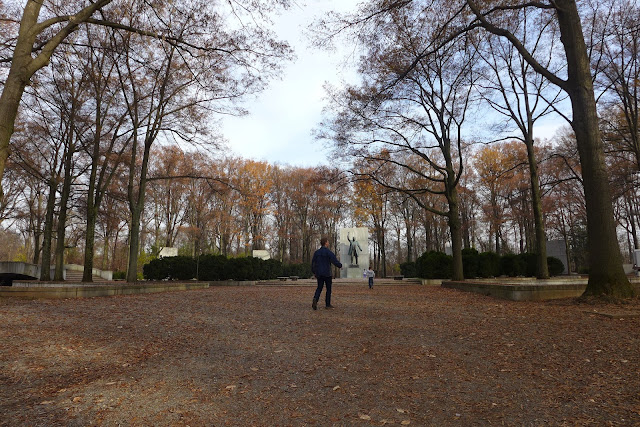 With family in town last week we ventured back to Theodore Roosevelt Island. We visited for the first time last fall and enjoyed ourselves immensely. Our visitors liked the island, too; this could be our go-to spot to show out of town guests. Technically the park is in DC but we claim it since the only way to get to the park is from Virginia. Woods and water are a magical combination! 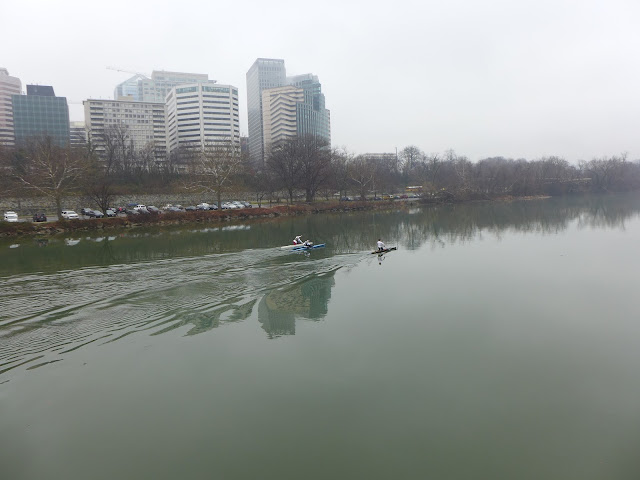 We parked. We slowly crossed the bridge. There's a lot to see. Paddle boarders, kayakers, and ducks. Sometimes other young children and dogs. 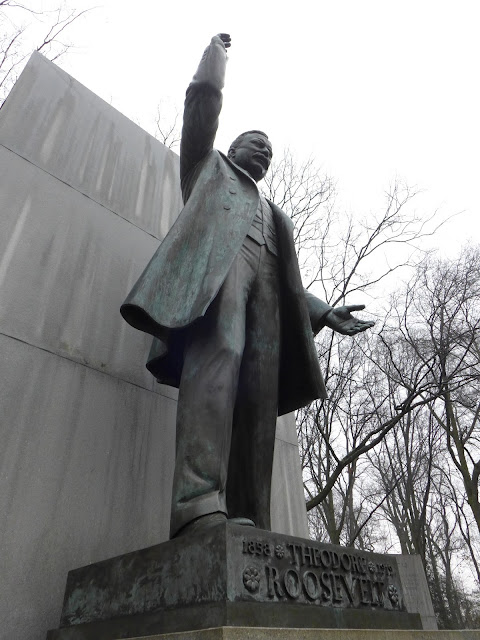 Once on the island we headed towards to the memorial which sits on top of a small rise on the northern tip of the island. It's a dramatic memorial officially named the Theodore Roosevelt Island National Memorial. A 17-foot bronze statue of Theodore Roosevelt, the 26th president of the U.S., is flanked by four 21-foot tall granite tablets, two on either side, describing values he held dear. The memorial plaza also contains two pools each with a fountain and footbridges that span a moat. The moat is drained for the winter so on the first occasion we stepped into it and under the footbridges. 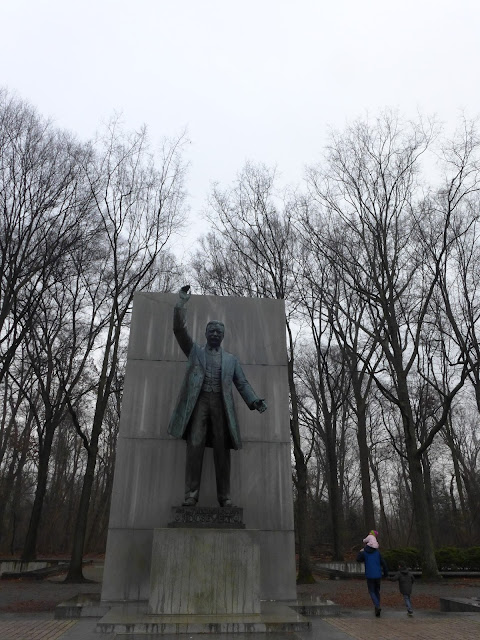 On our second trip, we stopped briefly at the sculpture and tablets then headed east towards the river. 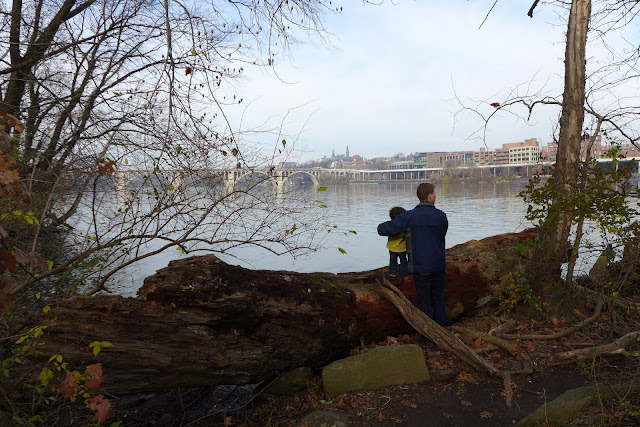 We spent a lot of time at the water's edge. In addition to ducks, this time we saw a couple of crew boats on the water. The tide was low so we discovered a fairly large wooden structure in the interstitial zone. This became a balancing platform for my son, and I walked the planks, too. The next adventure was undertaken by my son and his uncle. They built a large structure from driftwood gathered from the bank of the river. 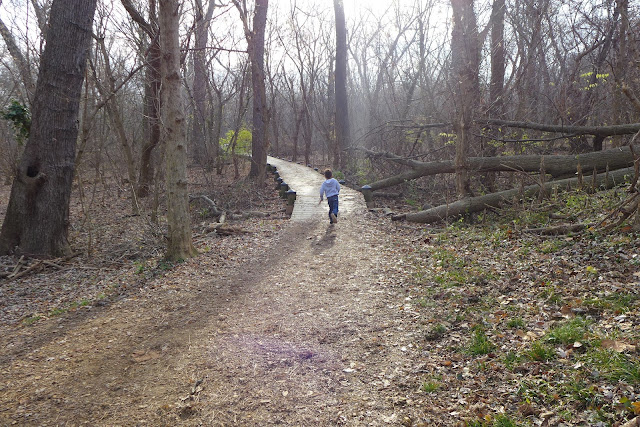 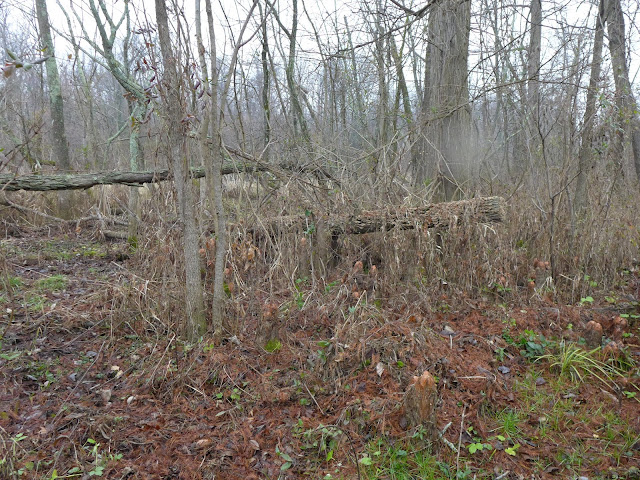 Since we visited at low tide, we were able to see the knees of the (only) bald cypress on the island. The boardwalk runs through the freshwater tidal marsh on the southern tip of the island. The bald cypress was specified by Frederick Law Olmsted, Jr. who designed the island, originally owned by and named for George Mason IV. The current landscape is very different from the original Mason Island. 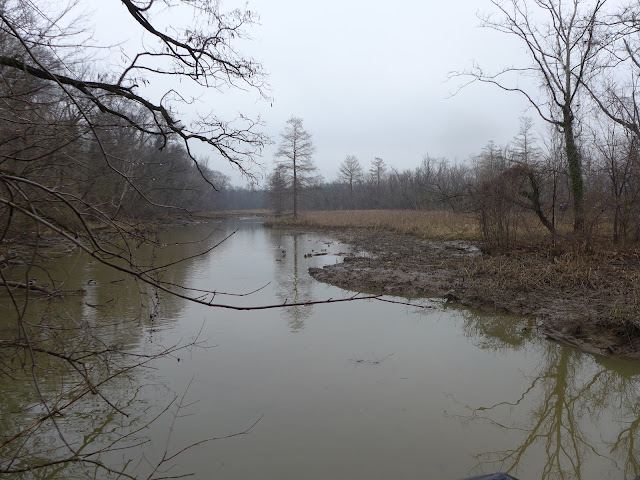 We looked for red-winged blackbird nests again but did not see any. On way off the island, we also stopped at a large beech tree which has been repeatedly graffitied. The species is quite dominant on the western edge of the island. To learn more about the natural and cultural history of the island, read Saylor Moss's report titled "DC’s Island Sanctuary: Managing Nature and Culture on Theodore Roosevelt Island" for the 2011 George Wright Society Biennial Conference on Parks, Protected Areas, and Cultural Sites. 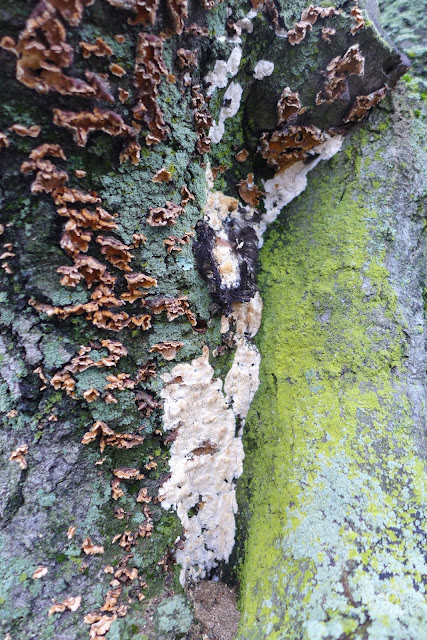 Next time we should arrive earlier so we can eat lunch on the island, and we should time it for snow (will it happen this winter?) or spring bud burst.