The urban farm is in the center of the image http://upload.wikimedia.org/.../250px-South_Central_Farm_NASA_1.png In Los Angeles, the recent eviction of 350 farmers from the 14-acre South Central Farm in Los Angeles after several months of negotiation between the mayor, the Trust for Public Land and Annenberg Foundation, and the property owner has foregrounded Lawson's (2004) contention that community gardening is often delimited as a grassroots initiative separate from the technical expertise of city planning. This posture has resulted in inconsistent support mechanisms, with some cities officially designating community gardens as open space (like Denver and Seattle) and others not. See our previous postings on the urban farm (Urban land: farming or commercial use? Whose rights? and "Neoliberalism at the garden gate"). View the farm site (Google Maps). Also see Wikipedia for site background information. 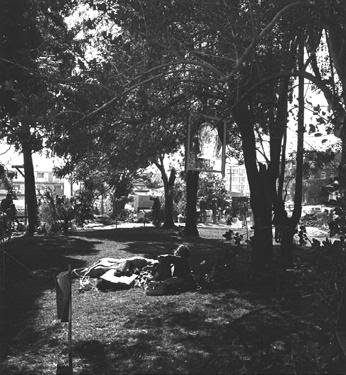 People's Park 1969 http://www.peoplespark.org/trees.JPEG Earlier this week, UC Berkeley removed an unhealthy oak from People's Park. This was one of several trees slated for removal in a university-led effort to deter crimes. Prior to this action, a Berkeley Daily Planet article discussed communications between the university and the People's Park Community Advisory Board. View a photo-journal of the park's history. 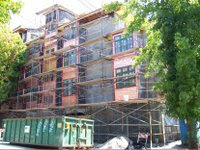