October 28, 2006
On October 14, we boarded a bus with several dozen people to "re-view Richmond." The bus tour was the culmination of a symposium on regional equity with Richmond as the case study. The one-day symposium was organized by the Department of Geography and the Center for Community Innovation at UC Berkeley as well as the Mid-Atlantic Regional Center for the Humanities at Rutgers-Camden, New Jersey. The keynote speaker was MacArthur Grantee and photographer Camilo Jose Vergara. Vergara, Shirley Ann Wilson Moore, Donna Graves, Lewis Watts, and Paul Groth (UC Professor) narrated the bus tour. Groth prepared the site list for the bus tour. There are 36 points of interest on the site list. We photographed nine points, six of which are included in this post. 1. World War II Kaiser Shipyard #3, now a National Park Service site. 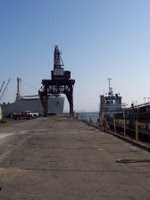 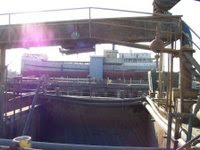 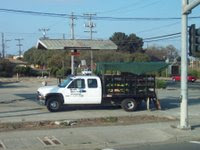 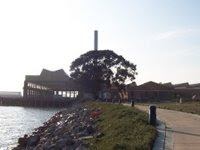 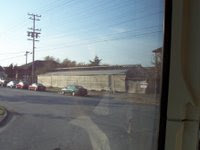 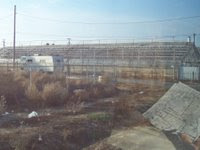 From Paul Groth's notes: The nursery companies were established by Japanese-American families before 1910, and some of the greenhouse structures date back to the 1920s. 6. Abandoned and de-signed Toys-R-Us. 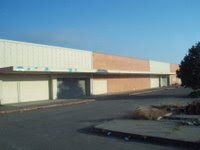