A Santa Fe passenger train (also known as Atchison, Topeka, and Santa Fe Railroad). This image is circa 1895, available from answers.com, and is in the public domain.

The Santa Fe Right of Way in Berkeley runs between Oregon Street at Sacramento Street and Cedar Street at Juanita Way. At Cedar, the Santa Fe ROW joins up with the Ohlone Greenway. Ohlone Greenway is located in the cities of Albany and El Cerrito. This portion of the right of way was converted to elevated BART tracks and the ground rights were transformed to parkland in the early 1970s. I think the Emeryville portion of the Santa Fe ROW is now a bicycle trail. There is no comprehensive plan for the 3.2-mile Berkeley portion but several parcel projects have been developed and are proposed. On October 18, 2006, I went on a guided walk given by Susan Schwartz of the Friends of Five Creeks and the Berkeley Path Wanderers Association. The following photographs and notes are highlights from the walk. 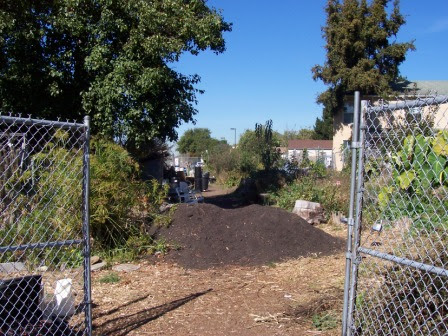 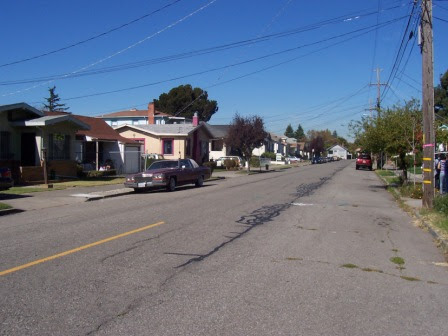 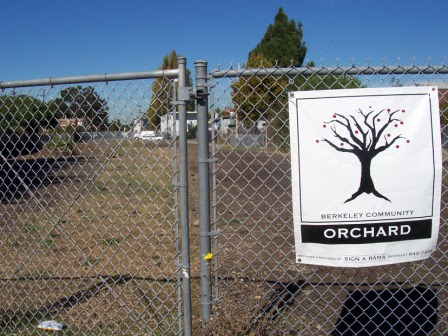 One of two proposed orchard sites, between Ward/Derby, Derby/Carleton - these are 40-foot lots. Ongoing debates are about fencing and access as well as the 12-foot CalTrans bicycle path standard. 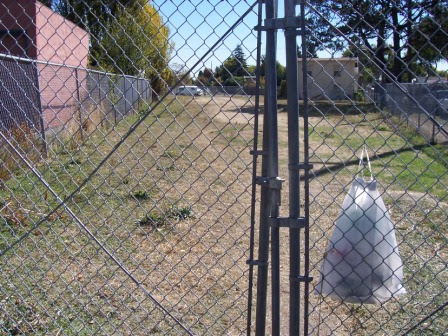 Makeshift dog park, Acton at Parker - note the odd shape of the parcel; in previous decades, ROW parcels were sold to "square off" existing residential parcels, according to Susan Schwartz. Also, in the 1980s, several low-income developments were built on ROW parcels. The latest Berkeley General Plan has permanently designated the remaining ROW parcels as "green space." 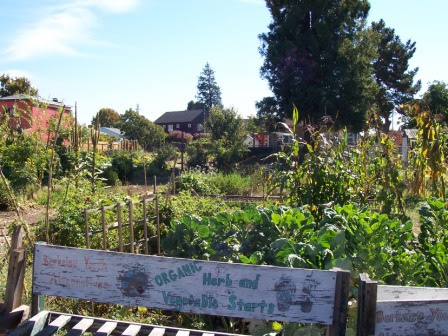 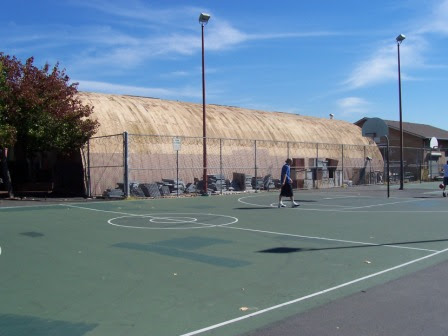 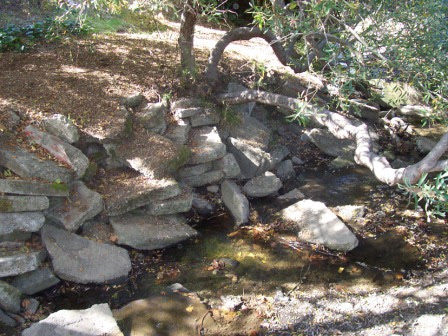 Strawberry Creek Park was dedicated in 1983. The creek daylighting was funded by Measure Y (1974) and cost $20,000 for 1 block with "a lot of community effort" according to Susan Schwartz. The creek project at Albany Village cost $3 million for 1 block in 1998. 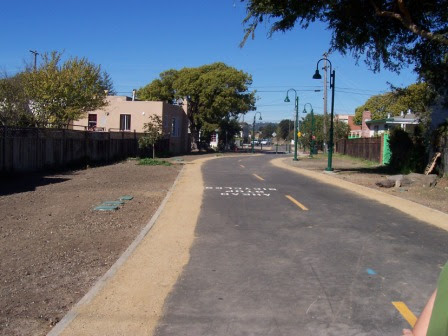