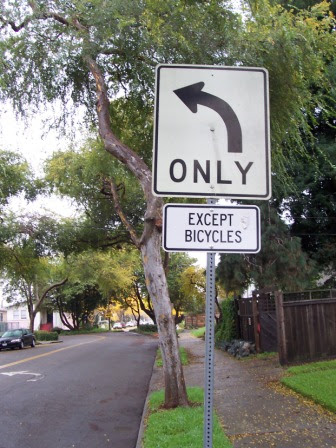 The bike-through (Derby and Mabel) 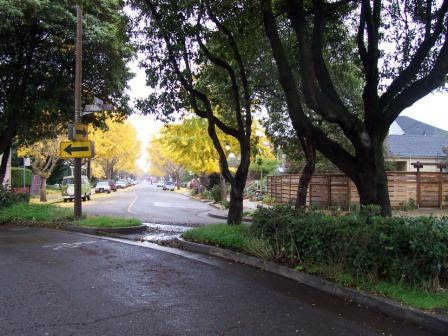 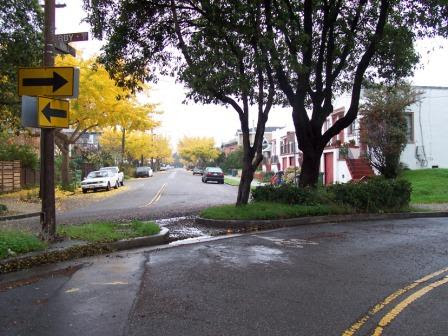 The concept of "livable streets" was developed by Donald Appleyard between the 1960s and his death in 1982. Although his seminal study was conducted in San Francisco, the City of Berkeley has incorporated Appleyard's findings in the design and provision of traffic calming infrastructure. Having lived most recently in Boston where neighborhood traffic is calmed by the nature of the city's "cow path" street network, the presence of Olmstedian parkways and boulevards, and the ubiquitous one-way street, I was intrigued by the novel infrastructure present in Berkeley's neighborhoods, beyond the usual one-way street, cul-de-sac, and speed bump. I set about to photograph all the neighborhood traffic calming devices, including diverters. These are the designs I have found thus far. (If you know of a type that is not shown here, please send the location in an email.) 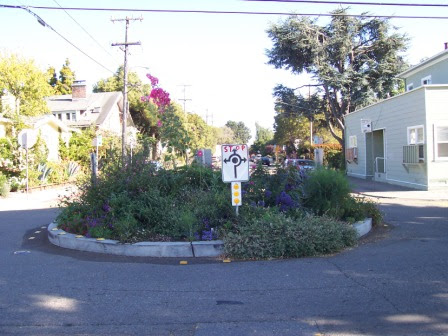 The rotary (Ellsworth and Russell) 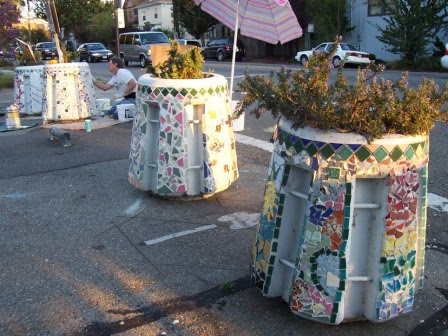 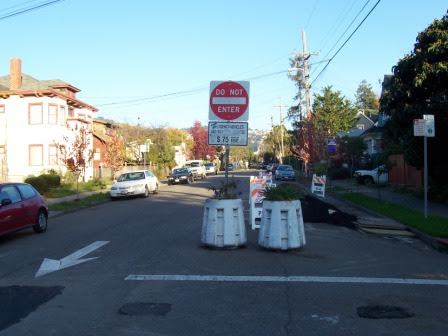 The half-way (Lorina and Russell) 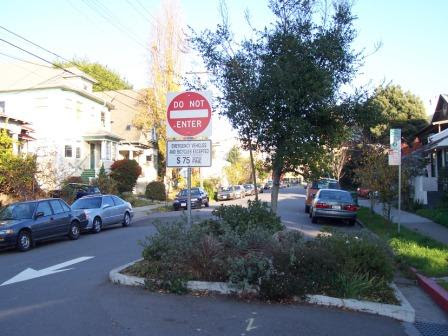 The triangle (Deakin and Webster) 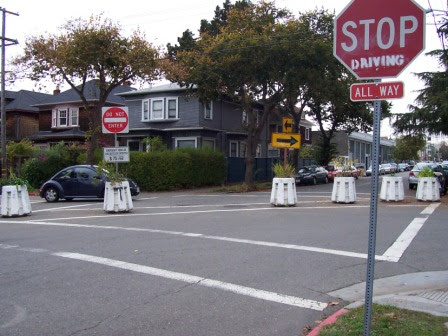 The diagonal (Blake and Fulton) 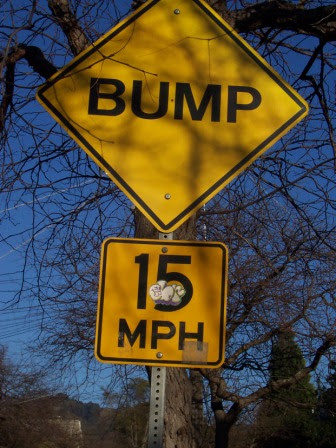 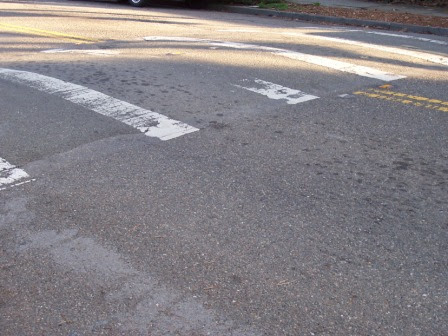 The (classic) speed bump For the history and ongoing development of traffic calming in Berkeley, see the City of Berkeley Transportation Department website.