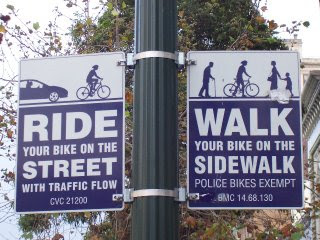 During my first fall in Berkeley, I was confronted by a police officer for two bicycle infractions: I was bicycling on the sidewalk and I was biking against traffic. I was still unfamiliar with Berkeley's street system. In particular, I had not yet memorized the streets that change direction, for example, Dana Street. South of Dwight, Dana is a two-way street, but north of Dwight, Dana is one-way running in a southerly direction. Shortly after that, the rains began and I put my bicycle in storage. I have not ridden my bike since that time. I identify as a walker: I am a member of the Berkeley Path Wanderers Association and I read the Walking Berkeley blog. But, I support bicycle access and Berkeley is a bicycle town. 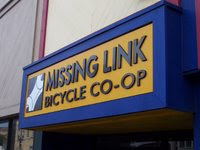 There are numerous bike shops, especially clustered in the downtown area. The city maintains seven bike boulevards, four north-south (Ninth, California/ King, Milvia, and Hillegaas/ Bowditch) and three east/west (Virginia, Channing, and Russell). Berkeley's bicycle plan, of which the boulevards are a part, was adopted in 1999. The boulevards and the bicycle plan are part of a larger philosophy about neighborhood-oriented street patterns. (Read the post on Livable streets.) Also, local businesses, government offices, and the city provide bicycle parking. 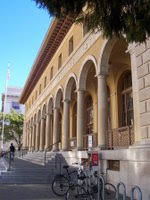 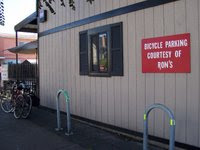 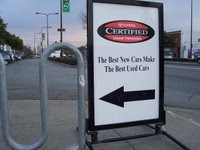 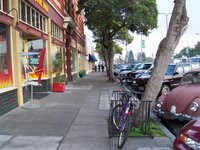 Yet, the bicycle situation in Berkeley is not without controversy. The median on Telegraph between Prince and Russell was recently removed to accommodate both parking and bike lanes. The city's traffic engineer told the Berkeley Daily Planet (January 26-29) that the median had to be removed to accommodate parking and bike lanes. Additional parking on Telegraph is viewed as a solution to the avenue's declining vitality. It is unclear why bike lanes are being installed on the avenue. Residents interviewed by the Daily Planet pointed to decreased pedestrian safety at the affected intersections. One resident was "indignant" at the lack of notification of removal of the median, while councilmember Kris Worthington emphasized the need for multi-modal transportation on Telegraph Avenue - "a full network of services for residents which takes into consideration bikes, parking as well as pedestrians." Although I did not find information about the median removal on the City of Berkeley website, the Office of Transportation web page has a highlighted link to a Streetsblog video on Berkeley's bike boulevards. Kris Worthington is featured in the video.