I flew on a red-eye to Cleveland earlier this week. By the time I arrived at the hotel at 7 a.m., the air was already muggy. I knew the day would become more inclement. I had checked the weather forecast before leaving the Bay Area. It was my first visit to Cleveland and, courtesy of a friend, I had a short list of places I wanted to see in the downtown. I also discovered places along my walk. 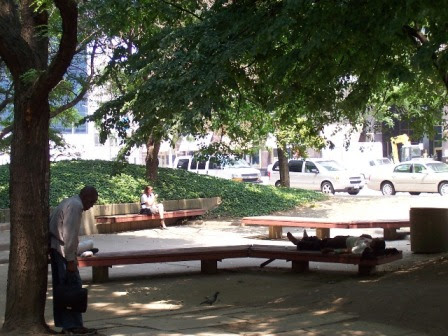 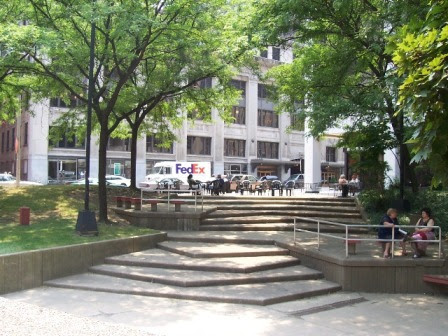 The first of these, the Chester Commons Park (also known as Ralph J. Perk Plaza), is across from the my hotel. The airy, continuous canopy was enticing, even if the street level design was not. However, the park was heavily used as an afternoon respite (it was empty in the morning and I did not visit it in the evening or at night). People sat, stood, laid down. People were there alone or, gathered in small and large groups. 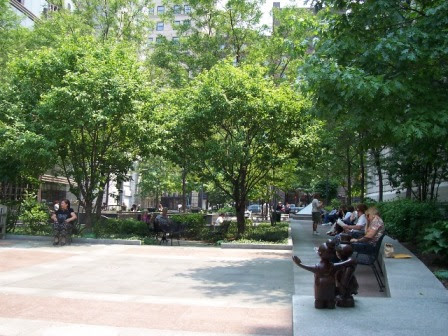 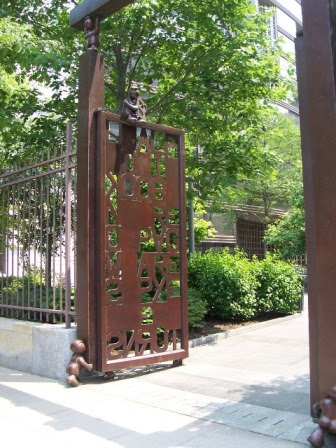 Another park that had many lunchtime users was the Eastman Reading Garden at the Cleveland Public Library. The garden began as "an unkempt city park" and was converted to a reading garden in June 1937 then dedicated as Eastman Park in September of that year. The park was closed in 1959 and reopened in 1960 as the Eastman Reading Garden (Cleveland Public Library brochure). Eastman reminds me of Paley Park, a pocket park among the skyscrapers, in New York City. Like Paley, Eastman is set amongst tall buildings, has movable chairs and tables, lovely gates, trees, and a water feature. The water feature in the garden is less dramatic than the wall of water in Paley, but it is no less beautiful and soothing. 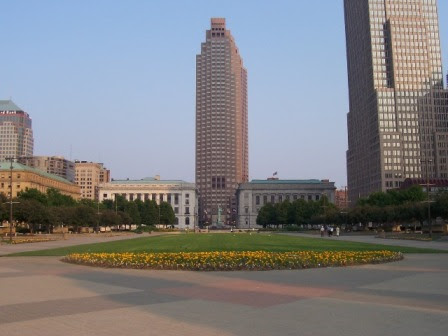 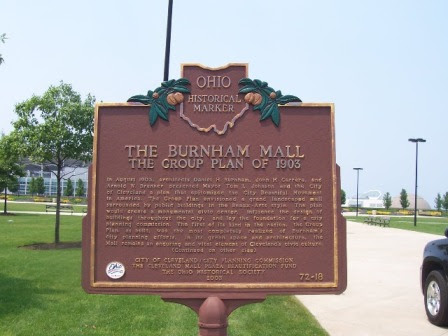 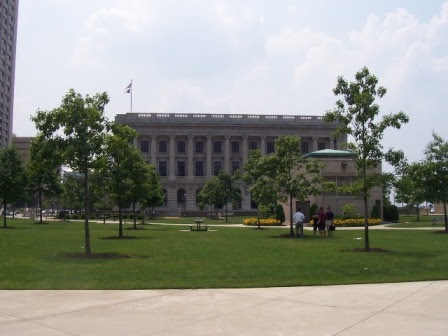 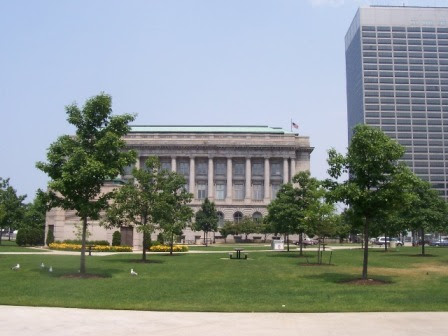 From Eastman I walked across Rockwell to Memorial Plaza - a very monumental space - and Burnham Mall, named after the 1903 Plan by Daniel Burnham. Burnham prepared several plans for cities including San Francisco and Chicago. 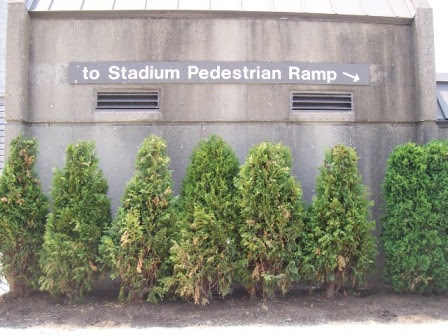 I proceeded across Burnham Plaza towards the lake front, except I could not access the lake front, at least not easily from this area of downtown. I could see the lake, the stadium, and the Great Lakes Science Center. I suppose I could have used the stadium ramp....The railroad (I like rail travel) and the highway cut off the downtown from this part of the lake. 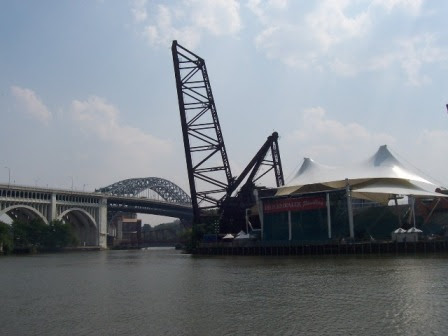 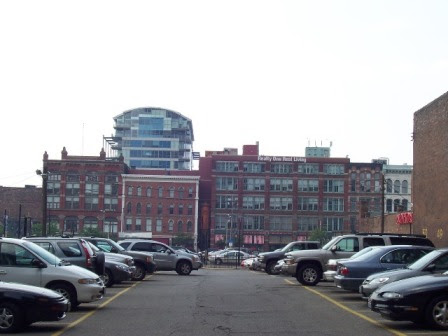 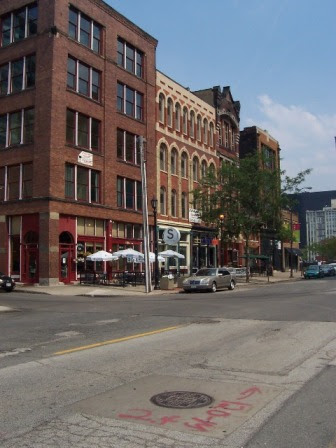 I did get closer to the water when I walked through the Warehouse, The Flats and Oxbow districts. There is a park along the water in The Flats with a dramatic view of new and old bridges. The Warehouse District is being reused for loft and condo living, for shops, and restaurants. 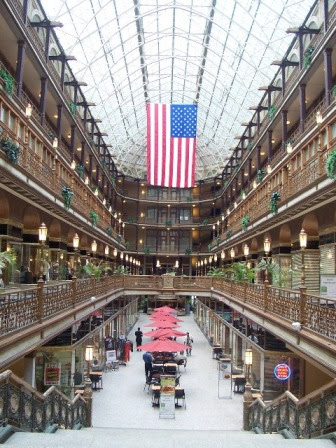 The weather forecast was accurate - the day was hot and humid. Luckily there were many hotels, banks, and civic buildings along to way in which to cool off. My favorite stop, and one on my friend's list, was the arcade in the Hyatt Hotel - spectacular!