September 26, 2007
This blog and its parent website began as an online urban tree reference in 2002. Although the focus is no longer exclusively on trees, I began to look closely at the health of trees on my daily routes after reading about the tree canopy goals of cities like Boston (100,000 trees by 2020) and New York (1 million trees by 2017). Why? Well, the significant factor in achieving canopy goals might seem to be the number of trees planted in the time period alloted, but planting trees with proper form and applying appropriate cultural and care practices to these trees will help to sustain a healthy urban canopy. With this in mind, here are several sets of photographs to consider. New Trees 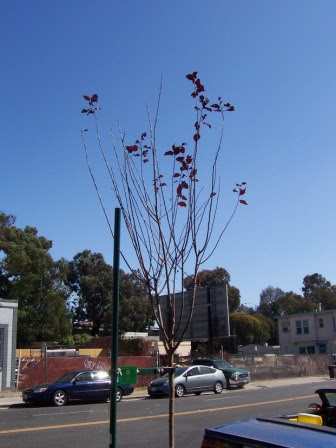 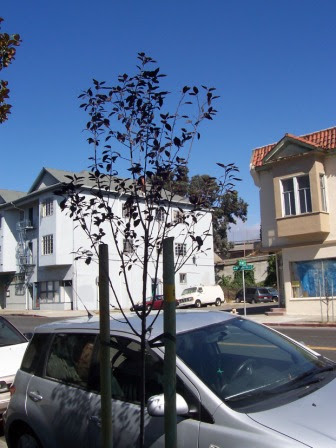 Le Conte neighborhood, Berkeley Trees on private property are part of a city's urban forest. A tree of this diameter (I did not pass over the property so I could not measure the dbh, or diameter at breast height), and crown width makes a significant contribution to air quality and temperature moderation at the neighborhood scale. What about stormwater attenuation? The large crown of this tree probably does capture stormwater (i.e., rain), but much of the root zone is covered with impervious surface so water that falls through the canopy and down the trunk is directed into the street and eventually the storm drain. However, at least a portion of its root zone is unpaved, unlike the situation for two sycamores (Platanus) on Grand Avenue (below). 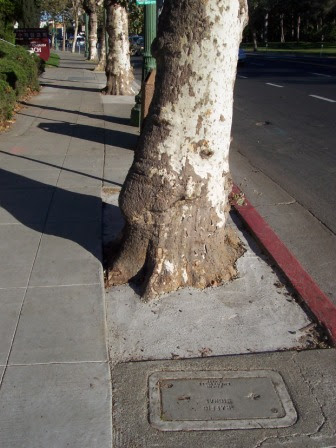 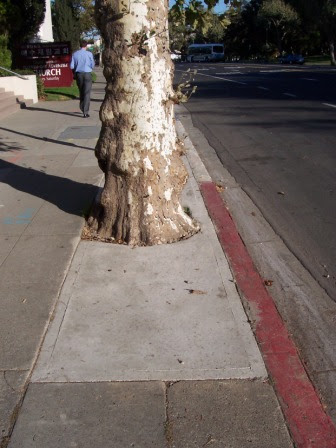 The reason I photographed the live oak was to point out the proper way to prune. According to the ISA Arborists' Certification Study Guide, "in landscape situations, tree pruning is often desirable or necessary to remove dead branches, improve tree structure, enhance vigor, or maintain safety." It seems like a large branch (above right) was removed in order to access a driveway. This pruning cut was done incorrectly and it is becomes quite clear when you compare it to another cut on the same tree (above center). One of the cardinal rules of tree pruning is to maintain the integrity of the branch collar which contains the "branch protection zone [that] allows for compartmentalization" of pruning cuts (ISA guide). Trees do not heal. The cut shown in the above center photograph maintained the branch collar with a cut above the branch bark ridge (the diagonal ridge in the center of the photograph). Another fault with the cut shown in the above right photograph is the size. Smaller cuts compartmentalize faster than larger cuts (ISA guide). Removal 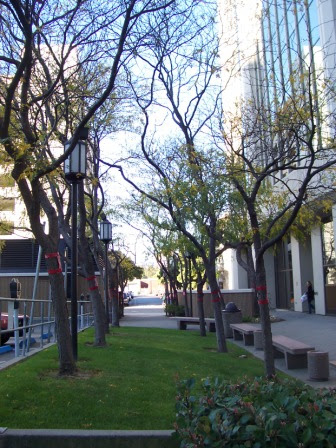 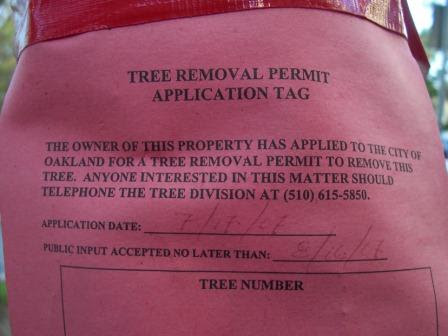 Grand Avenue, Oakland The crowns of some of the honey locusts (Gleditsia triacanthos) in the allee (above left) are thin, but the space provides a human scale element on a downtown block of parking lots, parking garages, and high-rise buildings. I was happy to see that there is an option for public input in the tree removal process. Why are the trees being removed? This critical piece of information is not included on the notice. I wonder if anyone has or will contest the removals. Staking 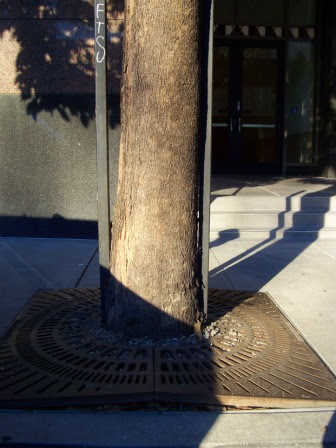 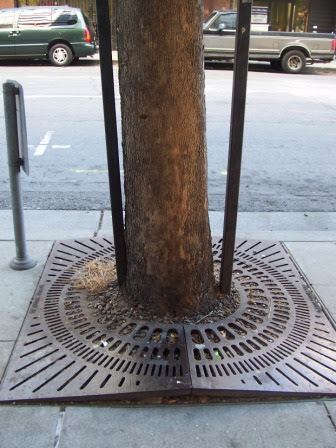 If a tree is planted properly it does not require staking. Also, swaying promotes wood growth. I understand that staking is often used as a vandal-proof measure but I have observed many stakes standing guard over broken or missing trees. Whoever installed these stakes has forgotten them. I have featured Oakland trees in this post because it is where I have been spending my days lately. Lest you think only poor tree conditions are found in Oakland, here are photographs of a very nice grove of planetrees (Platanus) on Webster and 21st. 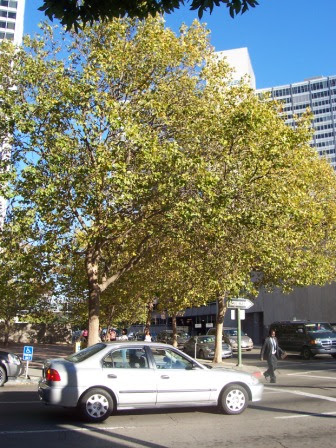 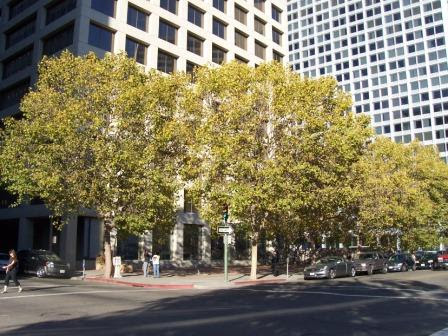