Former Sacramento garden block split between a garden and a mews

October 19, 2007
The Fremont Park neighborhood in Sacramento - home to Fremont Park and former Mandella Community Gardens - is one of the city's oldest districts. The park itself is one of the oldest open spaces in the city; according to Mark Francis (1987), it dates "back to the days of Sutter's Fort and the California gold rush." Francis compared the different meanings users and non-users attach to parks and community gardens using Fremont Park and its neighbor, Mandella Community Garden (now Fremont Community Garden) and concluded that "parks provide for many activities that cannot be engaged in a community garden and vice versa." Furthermore, Francis foregrounded the need for alternative open spaces with his finding that community "garden users typically are not park users." I have read Francis's study several times and wanted to see if his observations still held in 2007. 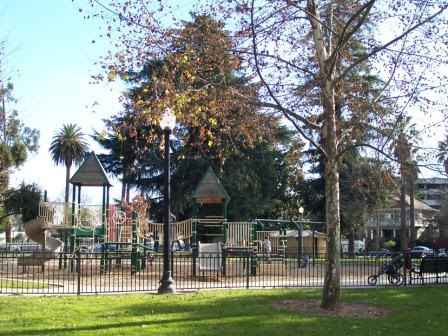 During a recent trip to Sacramento, I toured Fremont Park and the former Mandella Community Garden. Francis observations held true, at least for the park. I noticed several children in the play area and several men engaged in solitary activities. I visited the park on a weekend so did not observe office workers on lunch break. I was unable to conduct any behavior mapping of the garden as it was under construction (below). 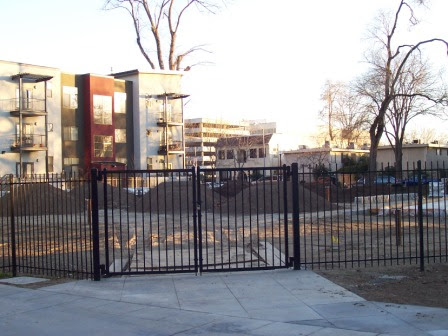 The community garden not so much being constructed as being reconstructed. The original garden - Mandella - covered the enter block at 14th and Q Streets. The current garden - Fremont Community Garden - is one-third of its original size. The remainder has been relocated to a different neighborhood, the Southside Park neighborhood ten blocks southwest of Fremont Park. The 14th and Q Streets block was acquired by the State of California as part of an unrealized redevelopment plan. In the 1970s the Ecology Action Information Center was granted permission from the state to use the site as a community garden (Francis, 1987). Gardening continued on the site even though it was rezoned for housing in 1978 (Capitol Area Development Agency website). However, in 2001, the redevelopment agency initiated housing development which the gardeners and their supporters vehemently protested. The outcome of the contest was the development of two-thirds of the site as housing - the Fremont Mews - and one-third of the site to be redesigned as a community garden. Interestingly, the garden design project received a $200,000 EPA brownfields grant to remediate contaminated soil! The garden officially opened on June 9, with clean soil and a new design in a new setting, and possibly new gardeners. Two asides

Francis did not mention the trees of Fremont Park; the park design resembles an arboretum. 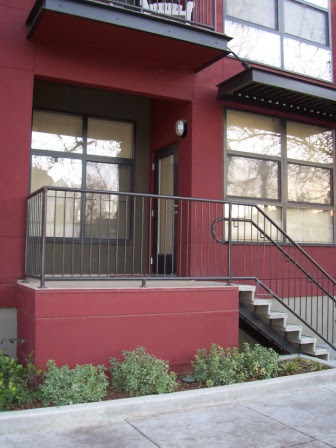 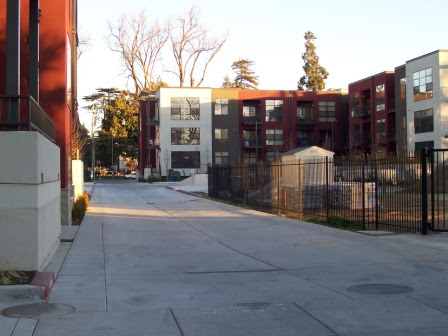 Fremont Mews Mews originated in Britain and were the stables and associated service streets in wealthy districts. According to Wikipedia, surviving mews residences currently sell for at least $2 million (1 million pounds). The Fremont Mews website provides unit floor plans, but not prices, though I doubt the apartments are selling for $2 million. If you are interested in seeing a local mews design, approximately one-third of the Richmond Village at the Richmond BART station is designed in this style (above).