November 08, 2007
For some time I have been considering the idea of nurseries as green open space. It's a fair assumption that current definitions of "open space" do not include this land use type. Urban open space often includes privately-owned open space like university campuses, plazas, and rooftop gardens, so why not include nurseries, greenhouses, and open-air garden centers. The Dry Garden on Shattuck Avenue, Spiral Gardens on Sacramento Street, Berkeley Hort (Berkeley Horticultural Nursery) on McGee, and Cactus Jungle on 4th Street are good examples of nurseries as green open space. Although the plant material at these nurseries are not physically rooted in the soil and they regularly rotate in/out of the nurseries, their presence does provide similar benefits to parks and less temporal green spaces. For example, a nursery could be considered a "specialty park/facility" which Lutzenhiser and Netusil defined as "primarily one use at the park and everything in the park is related to the specialty category" and observed "to have a positive statistically significant effect on a home's sale price" (2001, 297). In addition to financial benefits, open space also provides psychological benefits or satisfactions. Rachel and Stephen Kaplan, authors of With People in Mind, found that proximity and observation of nature provided psychological satisfaction. The Dry Garden and Spiral Gardens are located in residential neighborhoods. They are nearby; Christopher Alexander notes that "people need green open paces to go to; when they are close they use them. But if the greens are more than 3 minutes away, the distance overwhelms the need" (quoted by Kaplan and Kaplan, 1998, 155). Also, they can be observed from houses, apartments, and on foot. To this effect, the Kaplans point out that "looking out the window provides an opportunity to let the mind wander." In more recent studies, Rachel Kaplan and Frances Kuo, separately, observed that being in a setting with trees and other vegetation and viewing such a setting ameliorates mental fatigue. There is a wonderful plan diagram of Spiral Gardens in relation to its immediate residential neighbors on the garden's website. Finally, the diversity of flowers and fruit support local wildlife. 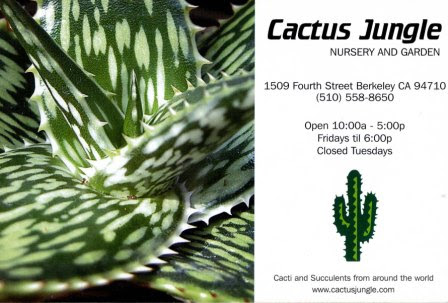 Two recent events reminded me of this idea which I had logged in my blog notebook: (1) the closing of Asa Eden cut flowers at 5760 Shellmound Street and (2) the City of Richmond's proposal to build housing on 14-acres of former Japanese American-owned nurseries. In the case of Asa Eden, I was unable to find information on why the flower outlet closed. However, the City of Emeryville recently completed an Initial Study / Mitigated Negative Declaration as part of a remedial action plan for an area between Powell and Christie which includes the 5760 Shellmound parcel. The site is a brownfield; some of its historic uses include Western Carbonic Acid Gas Company, Western Pine Supply Company, an electronic equipment warehouse, and a plaster mix factory. While the study does not suggest potential uses post remediation, the parcel is located in a mixed-use zone. It is possible that the Bay Street mall/main street could be extended across Christie Street. 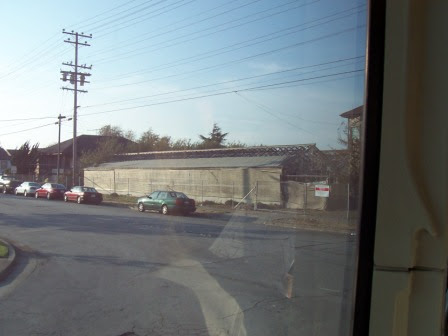 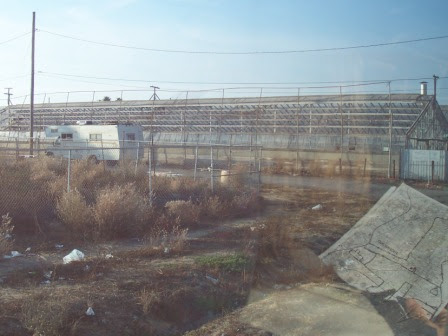 The proposed housing project on the site of three former greenhouses in Richmond was reported in a Berkeley Daily Planet article. Many Japanese Americans property owners lost their properties as a direct result of the implementation of President F.D. Roosevelt's Executive Order 9066. (The Alien Land Law of 1913 prevented Japanese and Chinese "aliens" from owning property.) The story of these three greenhouses is linked to this presidential action. The Daily Planet reports that Richmond's Japanese American returning nursery owners faced difficult situations including severely vandalized greenhouses or nurseries converted into war housing. Unlike the Emeryville flower site, the greenhouses site supports a "natural biotic habitat," though it has been altered significantly. Baxter Creek will be daylighted and according to the developer, Milaflores (the proposed name of the housing development) will be framed by a "parklike setting." The City of Richmond's success with the Rosie the Riveter/World War II Home Front National Historical Park is enabling a strong push to preserve remnants of the greenhouses and their owners. For example, according to the Daily Planet, the Sakai home, an adjacent water tower, and one greenhouse will be preserved. The Richmond greenhouses have been shuttered for some time and the existing vegetation does not provide significant satisfaction - at least for me. Green open space will be recreated on the site through the daylighting section of Baxter Creek. And the preservation of cultural remnants (with interpretation) will continue to root the community to its floral past. (It will also serve as a reminder of the negative consequences of discriminatory laws.) It is unclear if either nature or culture will be restored on the Emeryville site. According to the remediation action plan report, "the proposed project site is located in a highly urbanized area where over 100 years of development has replaced any former natural biotic habitats and natural vegetation....While common species may exist and traverse Site B, it is highly unlikely that the site is part of an established native resident or migratory wildlife corridor." Furthermore, "no conservation plans apply to Site B or vicinity." This type of language does not provide much hope for establishing nature.