November 12, 2007
The two main inspirations for this blog are flora files and neighborly acts. The Tree Walk Wednesday series is an example of a flora file, while the following post illustrates neighborly acts. 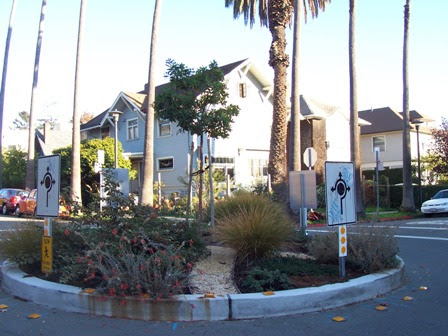 The big theories about neighboring, as reviewed by Unger and Wandersman (1985), focus on social interaction, neighborhood cognition (or the system you develop to physically and socially navigate your neighborhood), and affective bonds (or how you feel about your neighbors). The "social interaction" component is the most interactive and it accounts for a range of actions, from 'social support which are ordinary social activities that neighbors engage in like borrowing/lending, informal visiting, or asking for help in an emergency to social networks' at the individual or block scale. 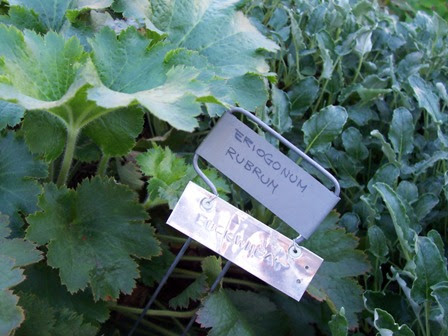 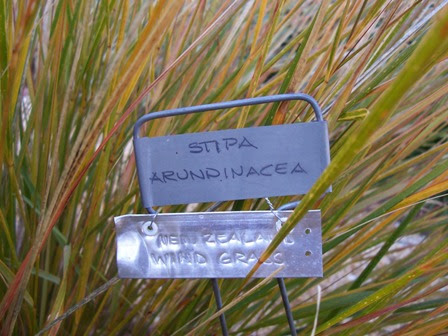 The traffic circle cum public garden/ arboretum on Webster (see top) is an example of neighboring, or a neighborly act. The installation of a traffic circle requires 65% affirmative votes from the proposed traffic circle area which is equivalent to two blocks in all four directions. If the circle receives the required vote, it is installed by the city. The next phase, transforming a bare circle into a garden, requires a range of neighborly acts: deciding to plant the circle, developing a design, and implementing and maintaining the garden. I will relate the story of the Le Conte Butterfly Habitat at the Russell/Ellsworth circle in a future post.

Another instance of neighborly acts occurred this Saturday along the Ohlone Greenway. Although the coastal prairie restoration is an ongoing project, but I include it here for two reasons: (1) I mapped the addresses (to mid-block) of the co-founders and regular volunteers of the restoration project and most live within a 1/2 mile of the project (the standard neighborhood measurement is 1/4 mile and Christopher Alexander wrote that more people will visit neighborhood green space if it within a 3 minute walk, but some neighborhoods are 1/2 x 1/2 mile (a 10 minute walk) and the "1/2 mile walking/ pedestrian shed" is a planning concept) and (2) the restoration group gains self satisfaction from the project, but they are also maintaining a neighborhood social network whose efforts improve the neighborhood. While we planted on Saturday morning, the group was cheered for its efforts: "it looks great! it looks much better!" The final example, and the one that prompted this post, is the butterfly meadow designed by Patrick E, a sculptor. The meadow - a mix of butterfly and praying mantis sculptures atop a turf roof - was installed by a resident whose uphill neighbor told him of the blinding glare from his aluminum roof. Instead of building a wall or fence, the downhill resident spent $52,000 to accomplish what he described as "happy neighbor, priceless." To read the article in the SF Chronicle, click here.