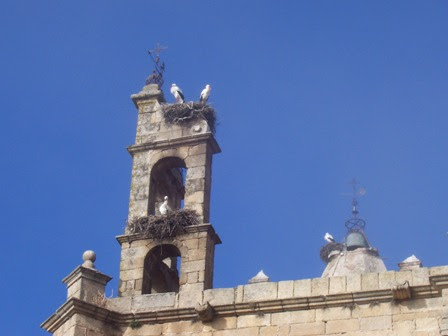 Yet another series, but this one is about birds. The first post in the series explored the link between bird bills and their food and habitats. This post is more pictorial; during the past three weeks I have been in three cities and was able to photograph three bird species. In Caceres, Spain, I observed many white storks (or ciguenas blancas in Spanish) (Ciconia ciconia). The storks construct large nests on the highest points in the town of Caceres: steeples and crosses, bell towers and old watch towers, and chimneys (pictured above). Wooden roosts have been installed in the fields on the outskirts of the town. 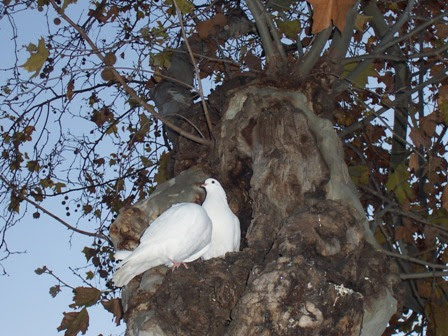 North of Caceres, in the city of Sevilla, I spied a couple of doves in the crevice of a planetree (pictured above). More locally, I observed several wild parrots at the Ferry Building on Monday (two pictured below - note a seagull at the far left). To be accurate, I heard them before I saw them. The sound is like a screech; Mark Bittner describes the parrot's vocalization as a scream. After watching the The Wild Parrots of Telegraph Hill documentary I look up not so much to see the architecture but to spot wild parrots and other birds in the city. 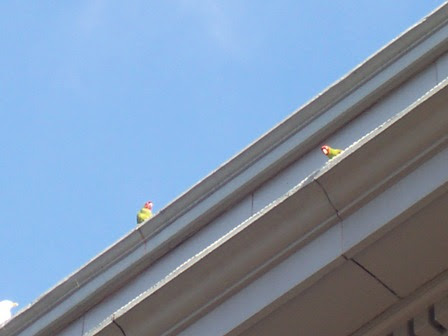