Photo du jour: They put up a parking lot

Except this one is not paved. The mid-block lot on the north side of Blake between Fulton and Shattuck has been vacant for the past four years, at least. I had plans for this lot: the 4B Habitat Project. The B’s are bats, bees, birds, and butterflies. Now - within the last month - it is a parking lot. Although it is unpaved, at least one half of the lot is compacted by through traffic. Note the parallel ruts in the second photograph. 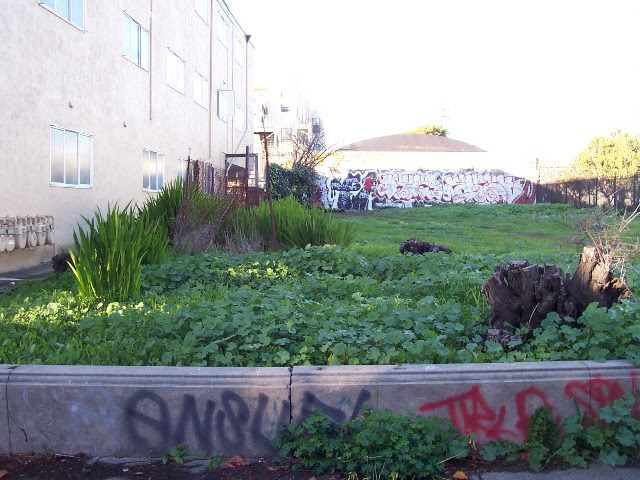 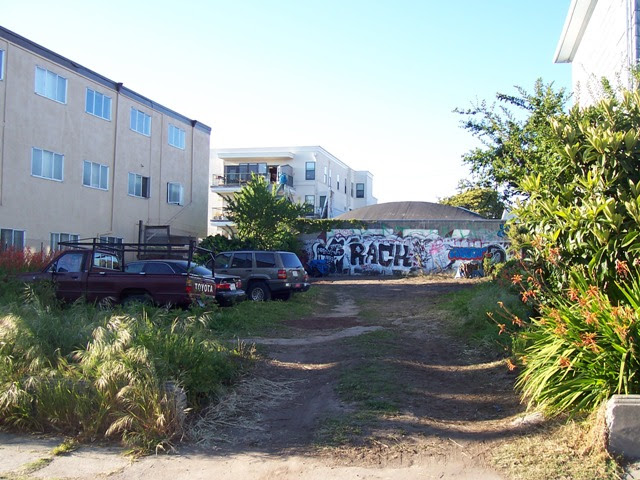