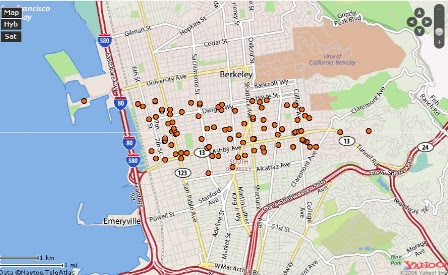 I visited several application sites in my South Berkeley neighborhood which are pictured below. 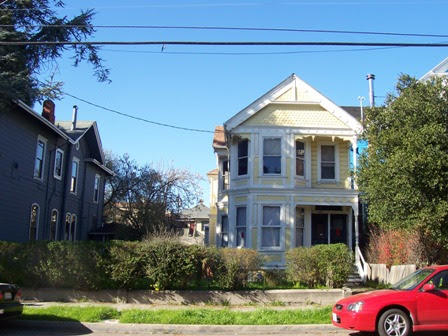 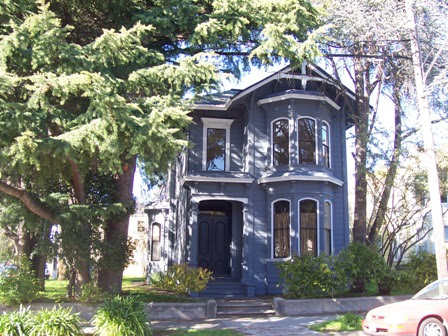 The houses at 2205 and 2201 Blake Street are beautiful examples of Victorian and Queen Anne architecture, which according to the Berkeley Architectural Heritage Association, were landmarked in September 2005. The online zoning application map must be outdated. The web site states that the Blake Street houses are initiating the landmark process. No dates are included on the web site. 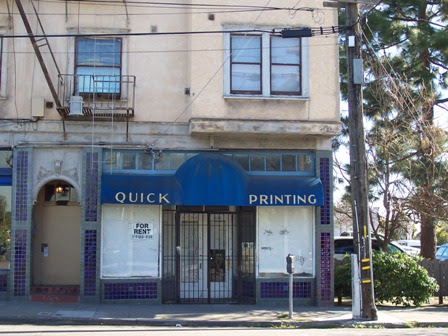 The application for a takeout deli and coffee shop located at 2120 Dwight Way is a former printing shop. When I first saw the Dwight Way address I assumed it was the former deli - Roxie - at Dwight and Fulton which has been under reconstruction/ change of ownership for many months now. I am excited that there might be a coffee shop in this part of the neighborhood! I would be even more excited it a tea shop would open; the closest one is Far Leaves on College Avenue or Imperial Tea in North Berkeley. 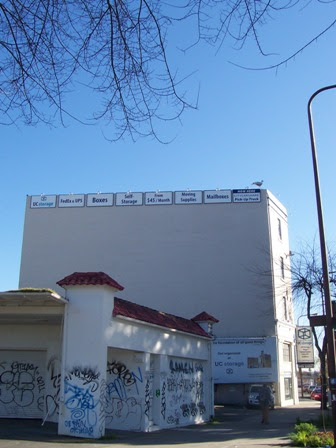 Will the wireless telecommunications facility be built at 27121 Shattuck, site of UC Storage? I remember seeing numerous flyers affixed to utility poles contesting the facility. 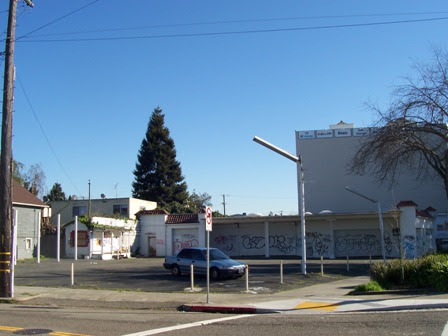 Immediately north of UC Storage, a vacant lot (an old car show lot?) is the future site of a five story, 24 unit, mixed-use building. Great! This lot is unused, unattractive, and paved, so pioneering “wild greenery” have a difficult time establishing themselves. Herbaceous flowering plants, grasses, and shrubs and trees - and worms and soil microorganisms - would support bees, butterflies, and birds. 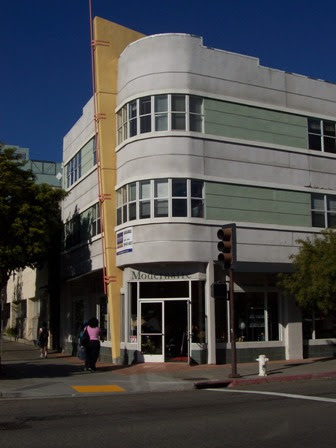 Another site of note is Modernaire, the new, expensive, modern-shelter ware store, at Dwight and Shattuck. It iss unrelated to the zoning applications theme of this post, but I wonder if it’s a foreshadowing of future development along south Shattuck. I was told that the car dealerships on south Shattuck - Honda, Volvo, and Nissan - might be moving to a new “auto row” near the border of Berkeley and Emeryville. The relocation would open up several large parcels along this stretch of Shattuck.