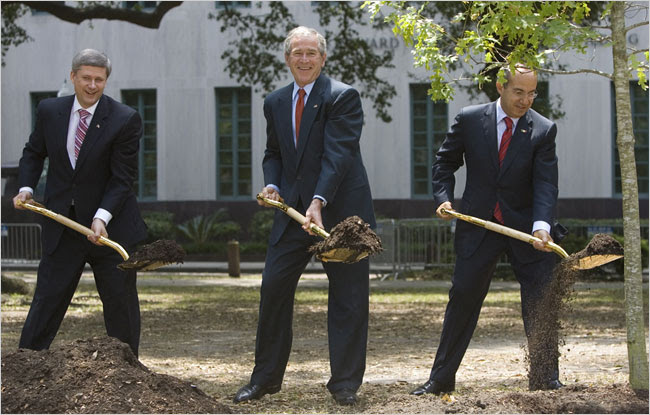 None of the men planted the oak on Lafayette Square; it was a ceremonial planting described by a reporter from The Times-Picayune as “hoist[ing] golden shovels to pitch dirt over a newly planted oak tree in recognition of Earth Day.”

None of the media outlets reported who planted the tree (the Parks Department? an urban forestry NGO?) or the species of oak.