Hidden Gems highlights: a creek named for a quail, a block of war houses, Maybeck brick glass, and more

May 12, 2008
The weather could not have been better on May 10 - sunny but not hot and blue skies. The Grassroots Greening walk and the Hidden Gems bike tours were well attended and enjoyed by all. I won't recount the entirety of the tours here - join us next year for the full experience. Atop the bridge over the Cordonices Creek along the Ohlone Greenway sit two quail sculptures. Cordonices is Spanish for quail (read more about Spanish derived place names in Berkeley). Note the step design of the bridge. The height from the trail to the top of the railing is appropriate for cycle safety while pedestrians can step up to the railing to view the creek below. 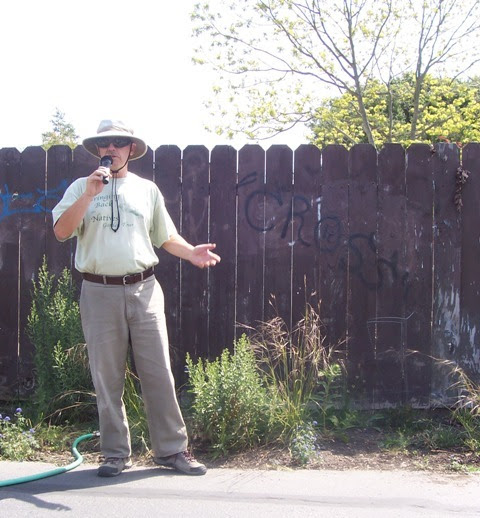 Dave Drummond of California Habitats Indigenous Activists met the walkers to discuss Ohlone culture and plant management. The grass to Dave's right is purple needle grass, California's state grass. The plants that comprise the coastal prairie restoration project are local to within three to four miles of the site (Ohlone Greenway adjacent to the Peralta Community Garden). 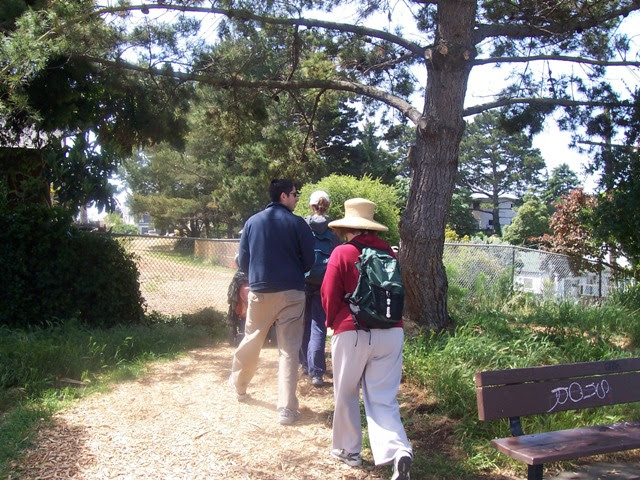 These folks are walking through a fence that has only been open for a year thanks to the efforts of the Berkeley Path Wanderers Association (a co-sponsor of the walk and bike tours). The small opening is significant, however; one can now (almost) walk from creek to creek. There is a continuous trail from University Avenue (just north of Strawberry Creek Park) to Baxter Creek at the El Cerrito-Richmond border. Also, Schoolhouse Creek runs beneath the feet of the walkers on the other side of the fence. 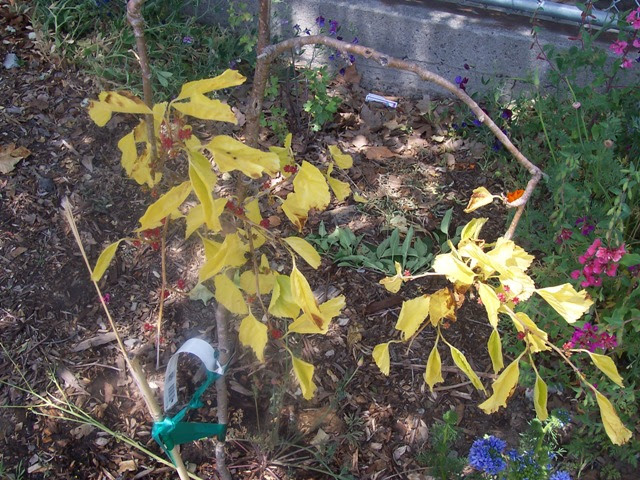 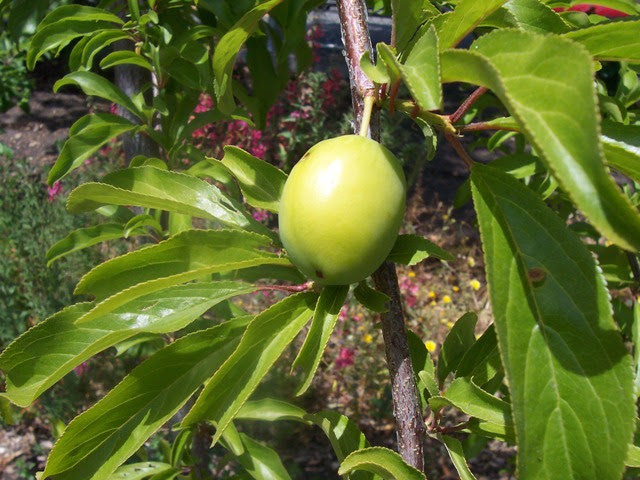 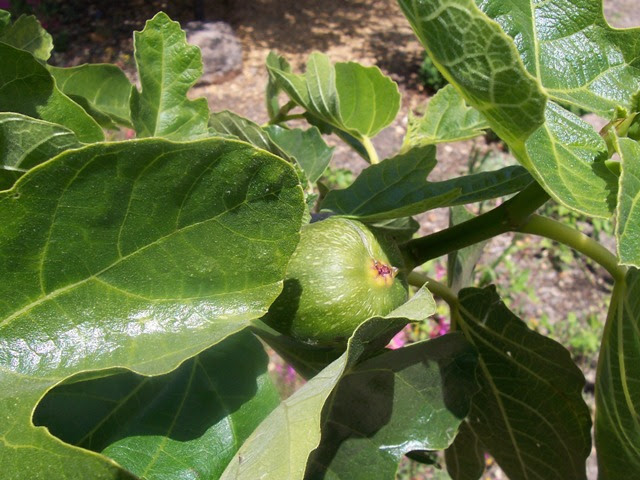 Both walkers and cyclists were able to visually appreciate the fruits - figuratively and literally - of labor of the Schoolhouse Creek Common group. In addition to the fruit pictured above, one can learn about the differences between the coast live and cork oaks, pictured below. 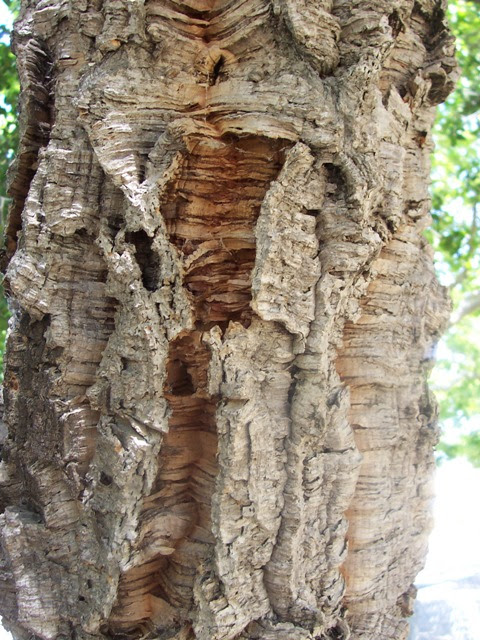 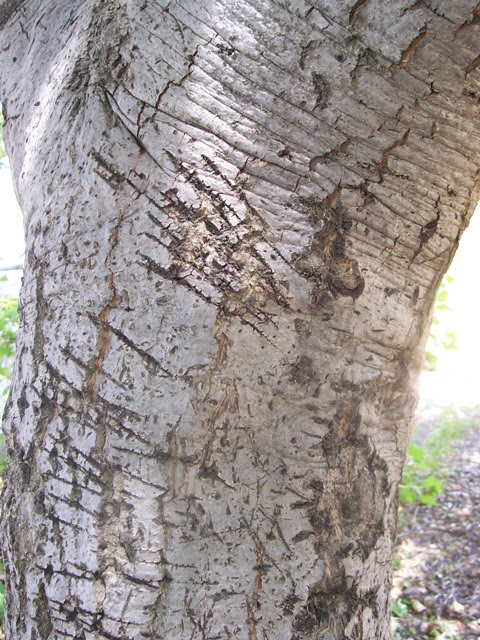 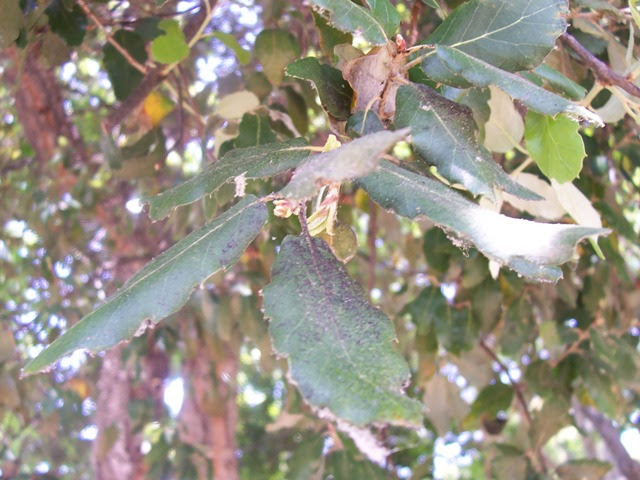 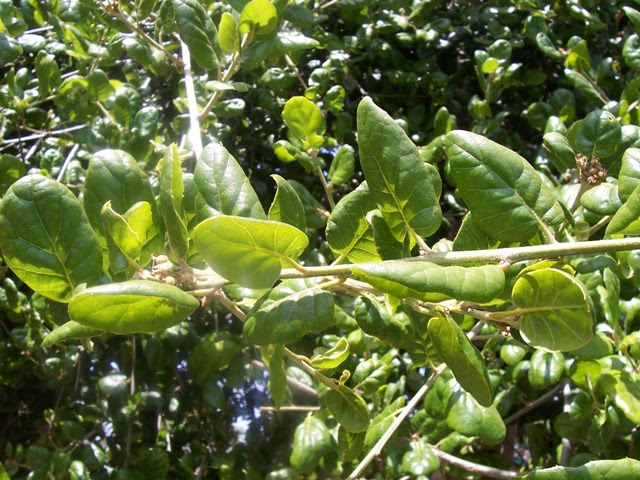 Leaves: cork oak (left), coast live oak The photos in the remainder of this post were taken on the planning ride for the official tour. Before lunch at Strawberry Creek Park, the cyclists stopped at Bataan Avenue, a one-block street that runs east west between 7th and 8th Streets. Construction of the approximately 848 square-foot houses began in 1942. Only twelve of the initially proposed 24 houses were built. The project was known as the "Bay Shore Gardens." The street was named for a World War Two battle. I ably assisted in my research by Jeff, a librarian in the History Room at the Central Library. 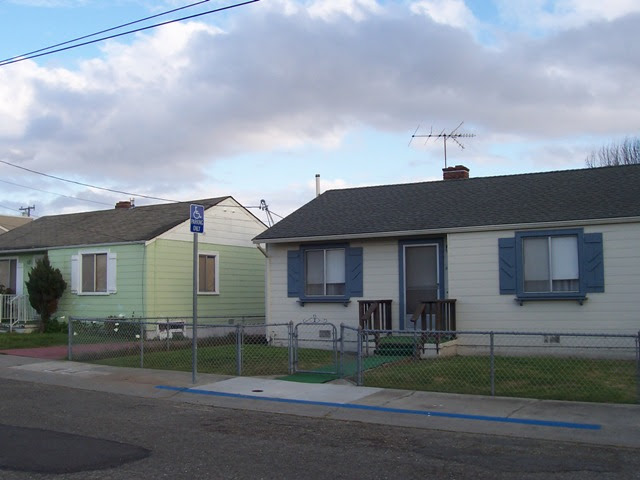 Several of the buildings along Bancroft, west of 6th Street, like the one pictured below, feature fine examples of Maybeck's brick glass. 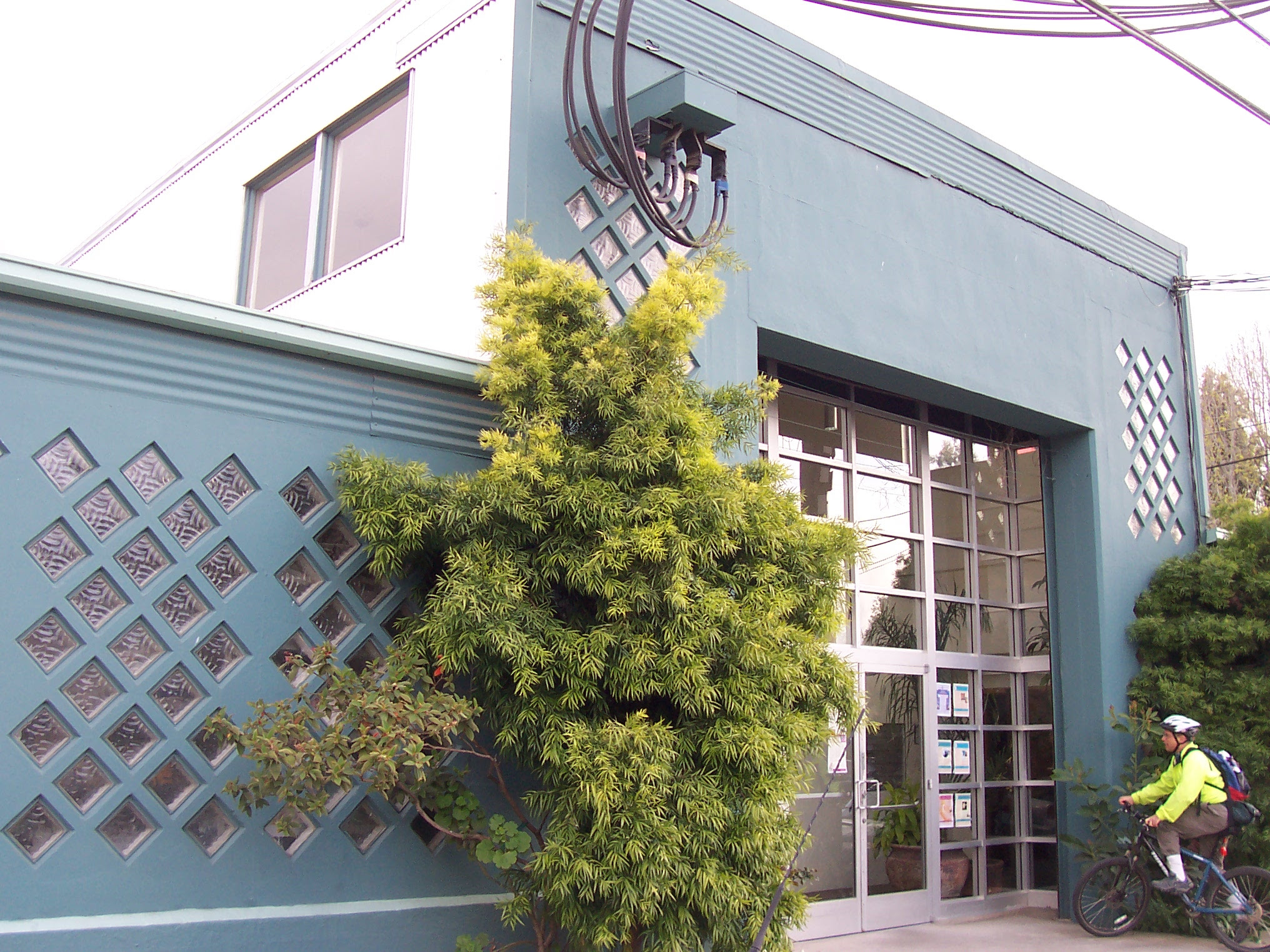 At Channing and 7th Street is another fine building and reminder of West Berkeley's industrial landscape: the former home of Edward Niehaus, owner of a planing mill in the neighborhood. Niehaus's craftmanship is displayed on the exterior of the house; note the various woodworking styles. My favorite is the sunflower relief, pictured below. 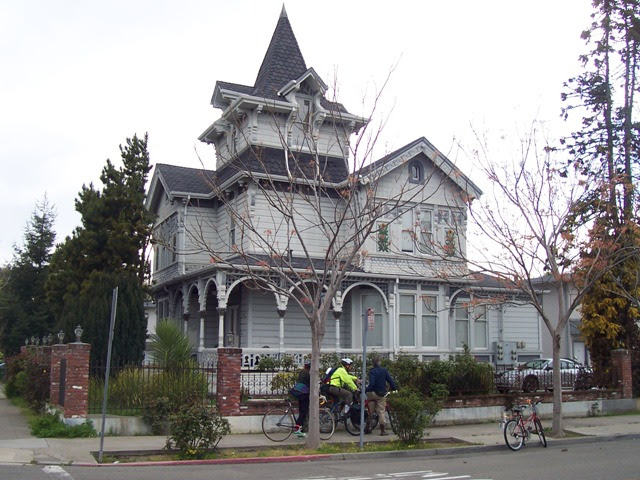 Click here to learn about West Berkeley's industrial history. You can purchase the Hidden Gems of Berkeley map from me (leave a comment to this post) or John S. (call 849 19 69). The Berkeley Path Wanderers Association pathways map can be purchased here.