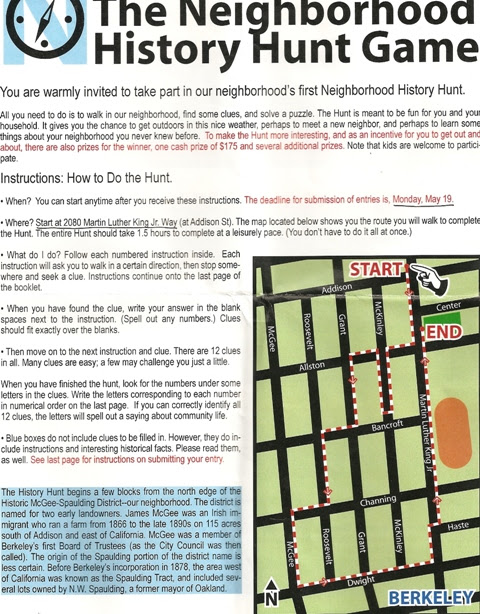 The Neighborhood History Hunt Game designed by Gingi Fulcher took approximately 90 minutes to complete at a leisurely walking pace. The deadline for submission was May 19, but if you can get a copy of the hunt, I recommend doing the walk. Please note that in this post I do not present the items in the order given on the game form nor do I include all the clues and factoids on the game form. 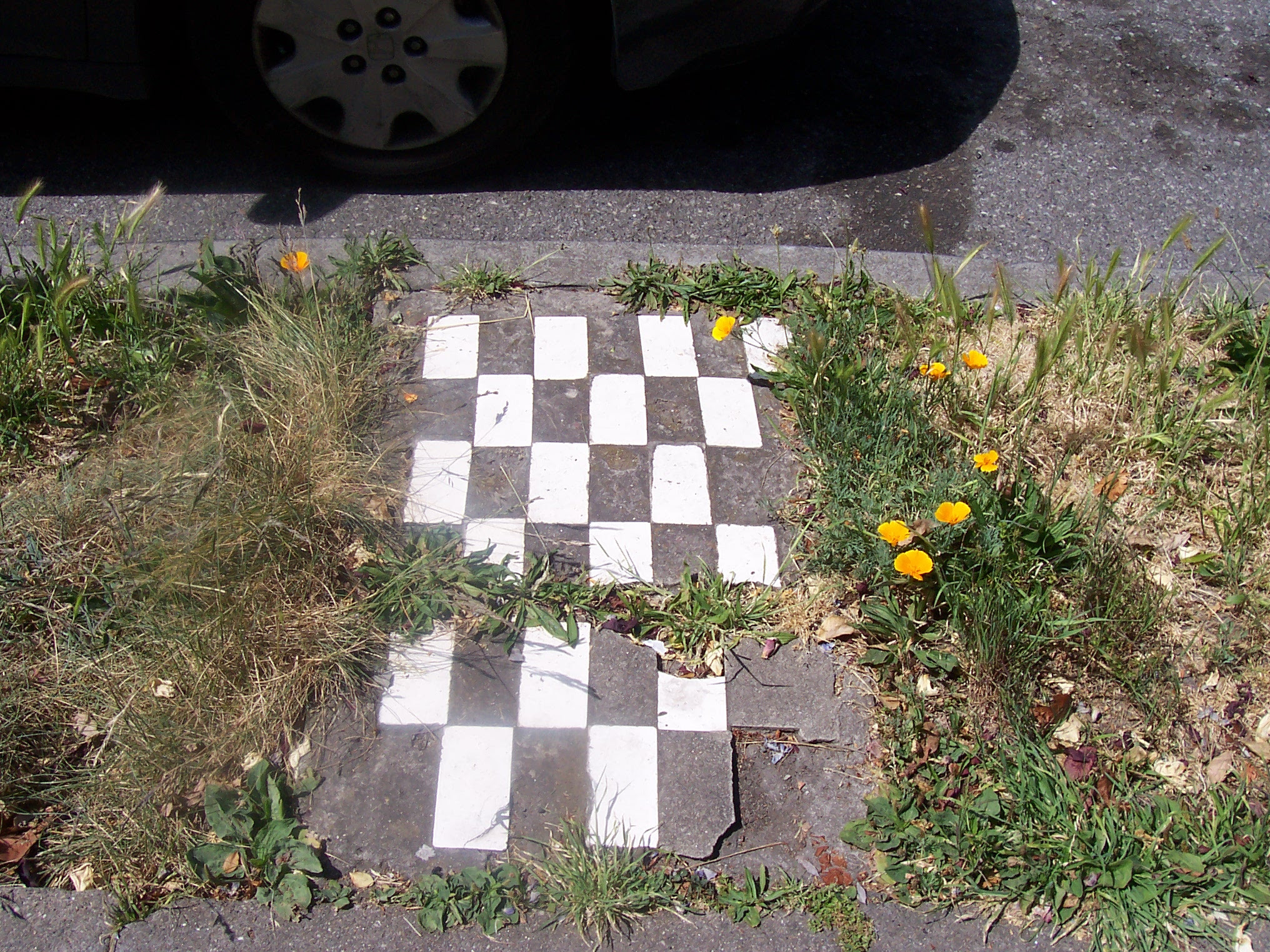 I enjoyed searching for items in the hunt, but my favorite part of the game was discovering items not on the official hunt, like the checkered stepping stone in the tree lawn at 1806 Allston, pictured above. A few of the clues were located in the ground which I liked. For example, two of the last clues were found on utility covers, one at MLK and Haste and the other in the Civic Center Park. 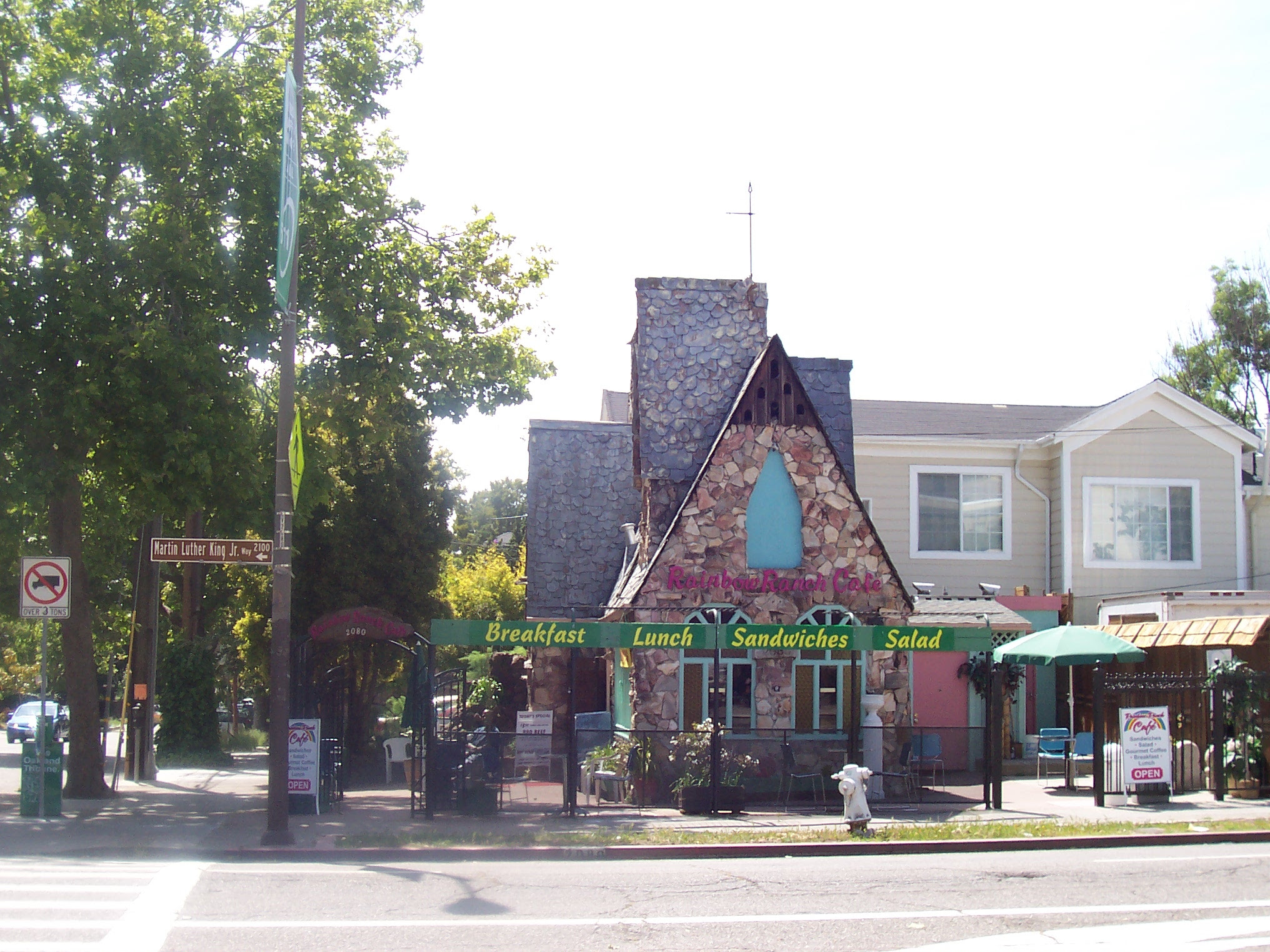 The first item on the hunt was the Rainbow Ranch Cafe at MLK and Allston, pictured above. It used to be Robin's Sandwich Shop. Down the street from the cafe is a statue in memory of Sgt. Jimmie H. Rutledge. Adjacent to the police station is the former City Hall which is now the headquarters for Berkeley Unified School District. Around the corner on Allston is the City Hall Annex which used to house the Department of Milk Inspection, pictured below. 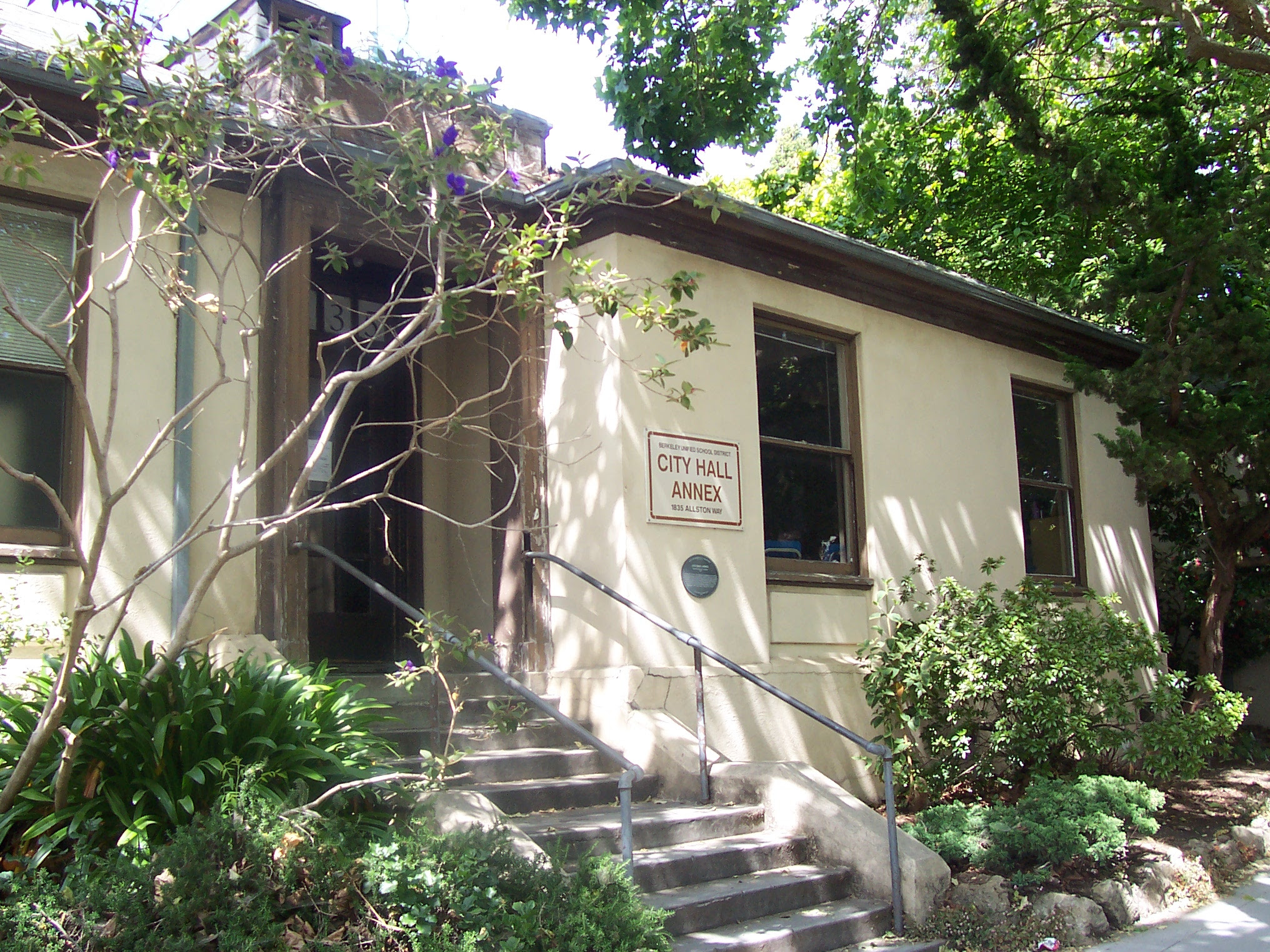 In addition to clues, the hunt game form also provided neighborhood factoids like the presence of two large redwoods that have been growing in the neighborhood for at least 70 years! The fourth item on the hunt was a lemon tree in the front yard of what used to be the site of S.J. Sill's house and stables. The current house was moved to 2208 McKinley from its location on 4th Street in 1979. 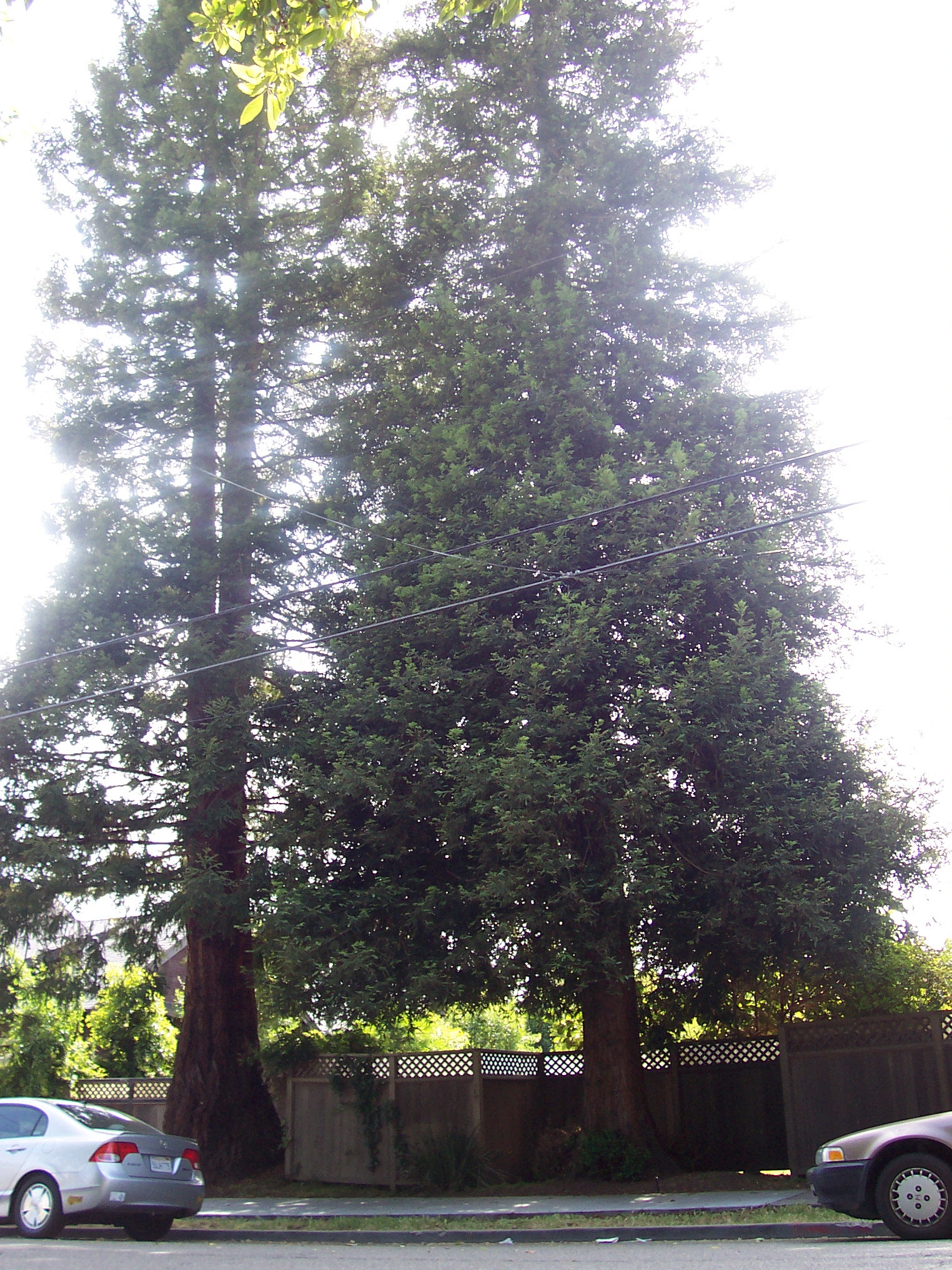 The railroad remnant at 2341 Roosevelt led to my discovery of a metal bunny sculpture, a metal woman sculpture, and a side yard of metal sculptures! Not far from the railroad object, on California, the Southern Pacific Railroad Company ran service from 1912-1933. Another sculpture - the ballerina figure at the Creative Arts Building - was a clue to item 10. 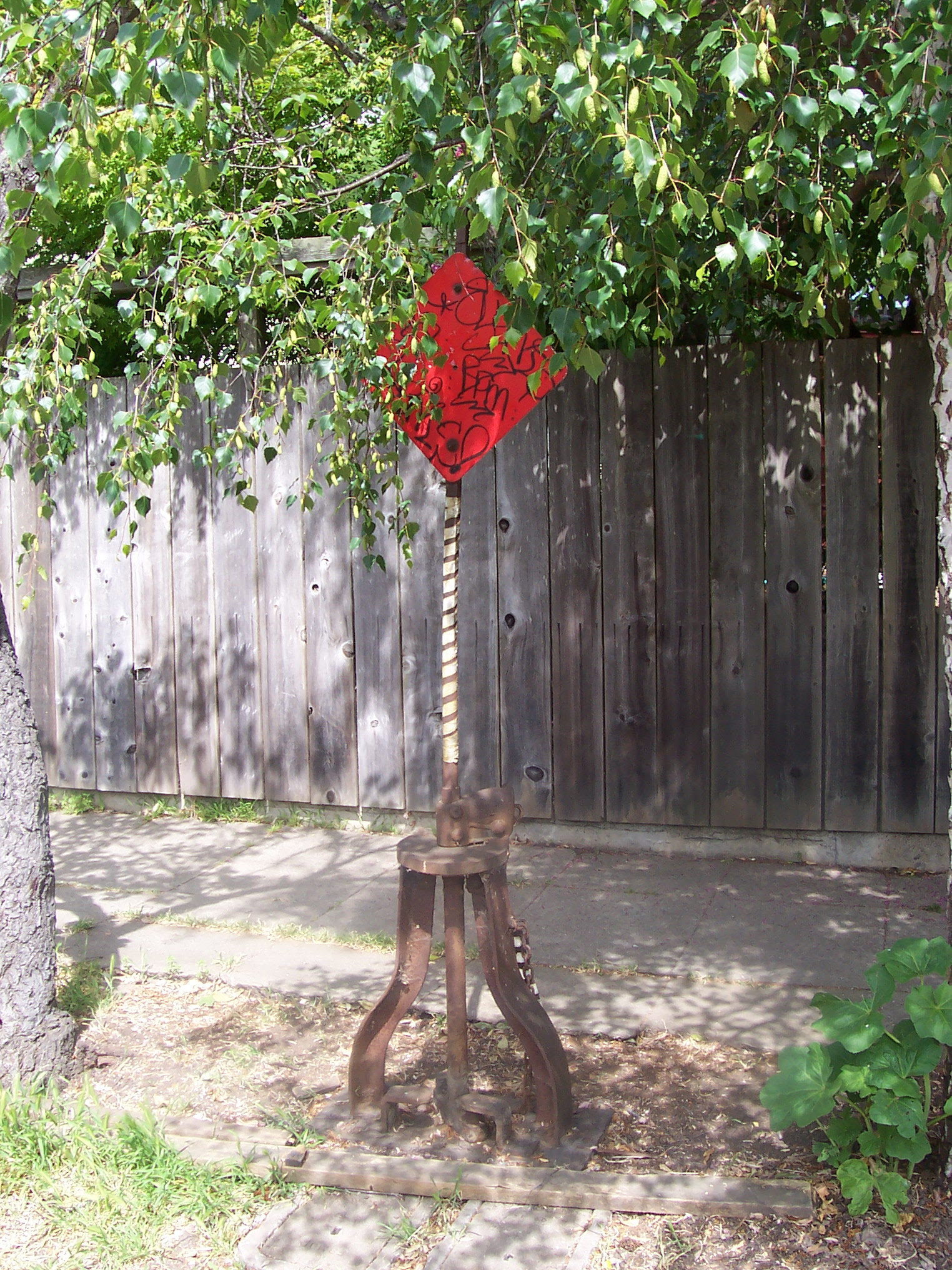 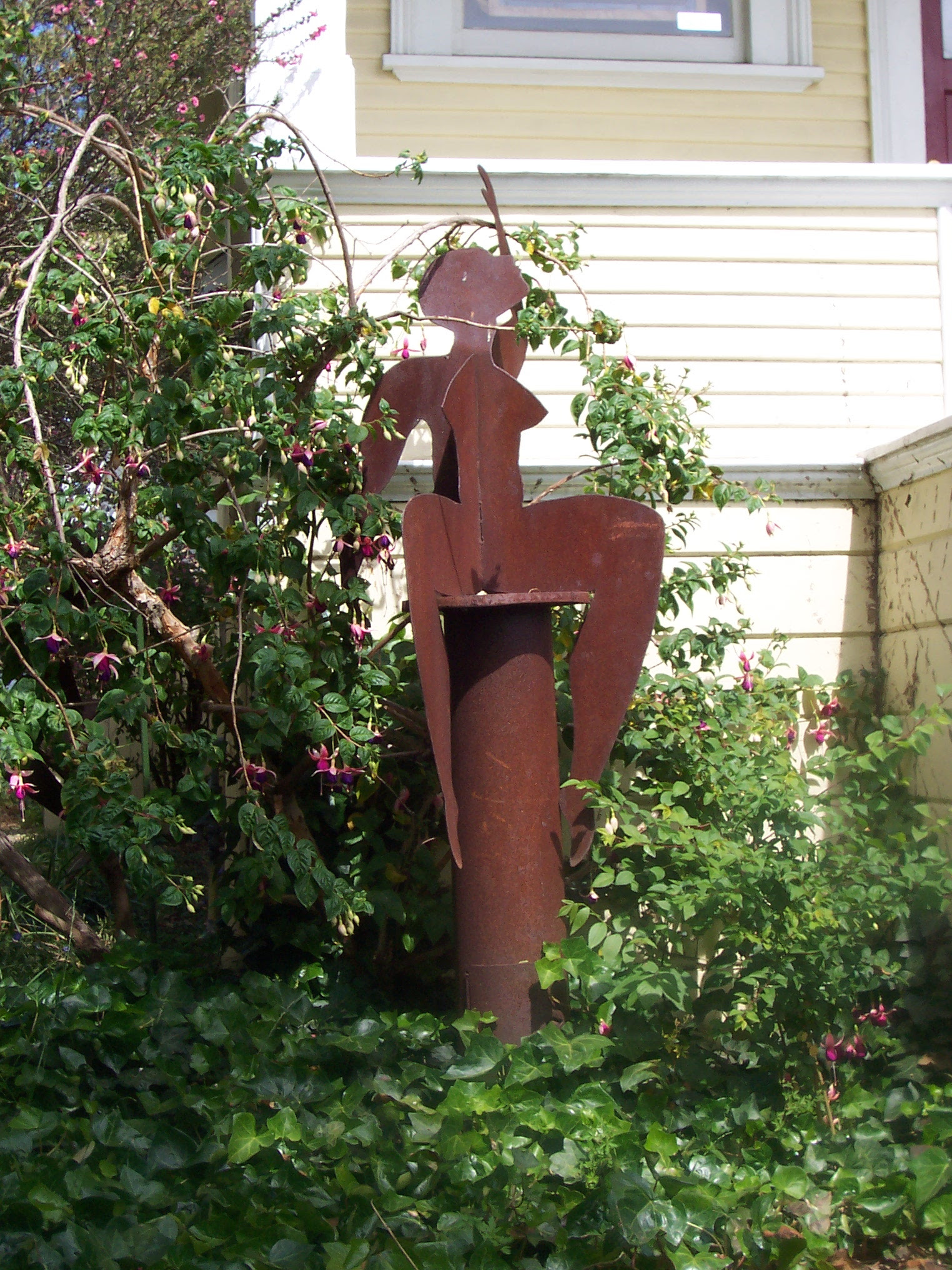 Energy was the theme for one of the items and one of the factoids. The item was the house that uses sunlight for interior lighting (via roof windows) and power (via solar panels). At 2423 McGee, I saw two electric vehicles or EVs. Gingi Fulcher noted that the vehicles were manufactured by a now defunct company Jet Industries between 1977 and 1981. Another factoid provided by Gingi is that electric engine technology is older than the internal combustion engine. 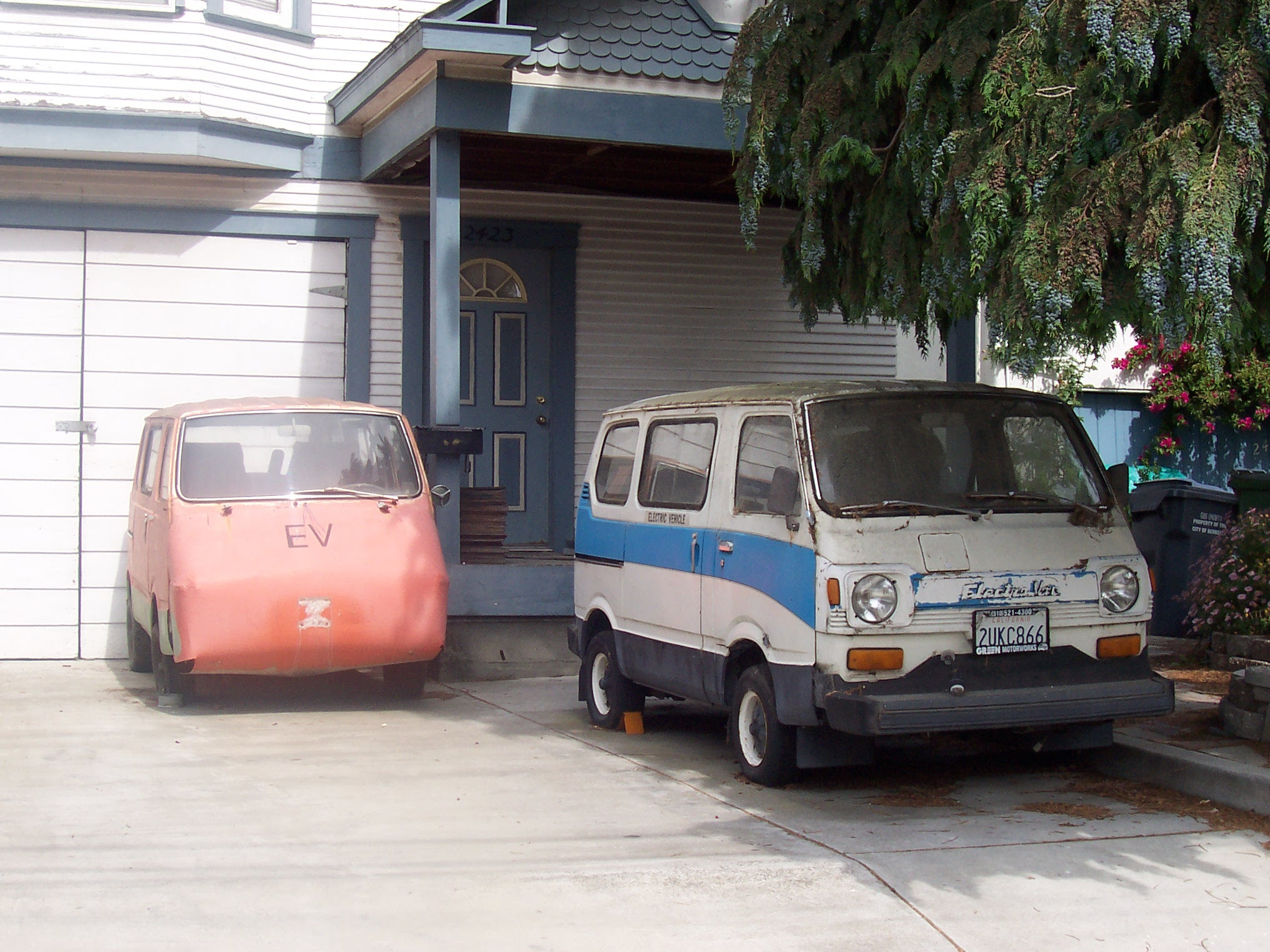 One of the last factoids on the game form related to architectural design. Two "classic examples" of Eastern Shingle Cottage style houses are located at 1733 (pictured below) and 1715 Dwight Way. 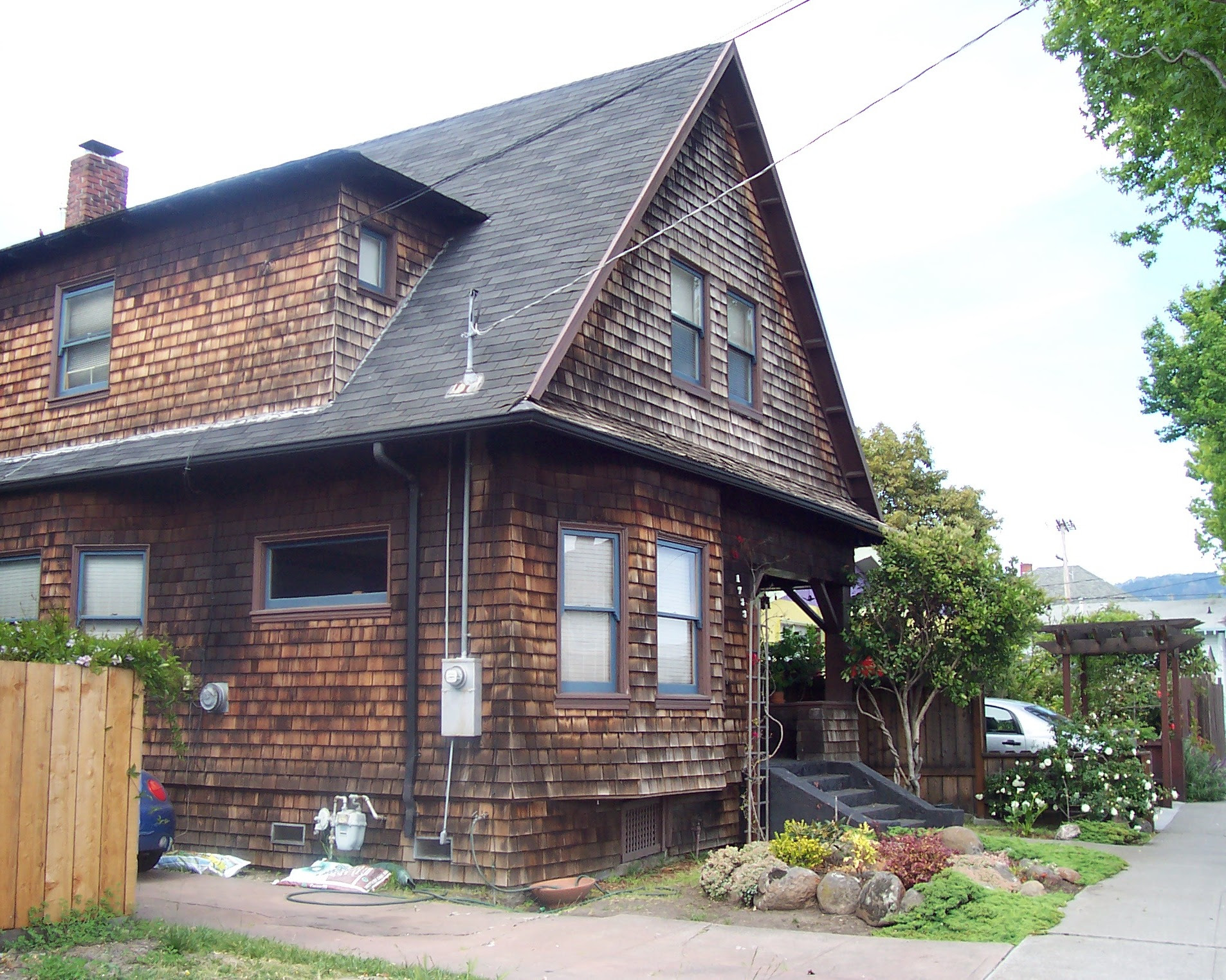 The houses at 2411 and 2409 MLK were not on the game form but they are so pretty. They remind me of icing on cupcakes. 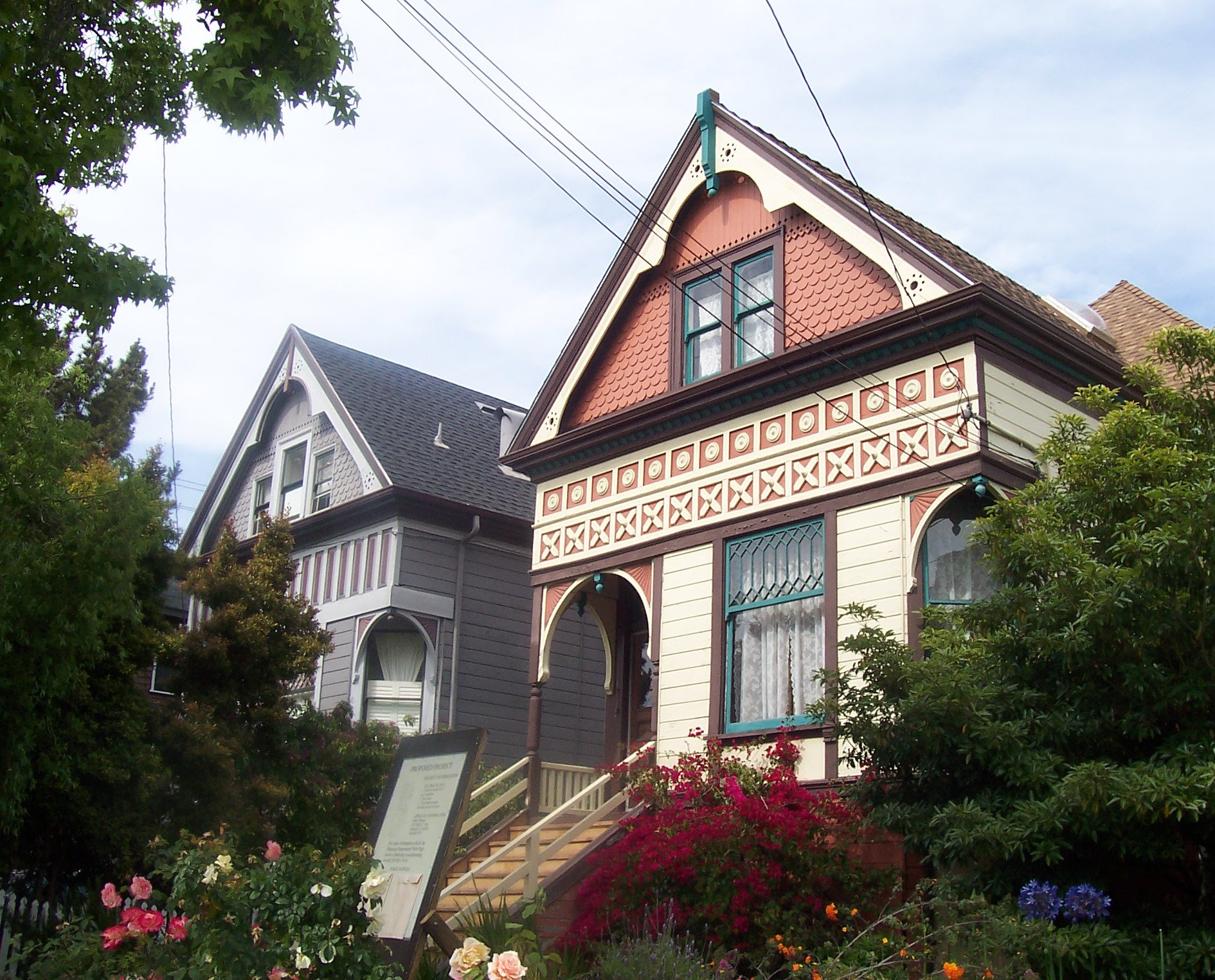 Finally, on the other end of the spectrum in terms of design and aesthetics is the New Green/ECO building at MLK and Dwight. The building was not on the game form, but I have long been intrigued with its details, pictured below. 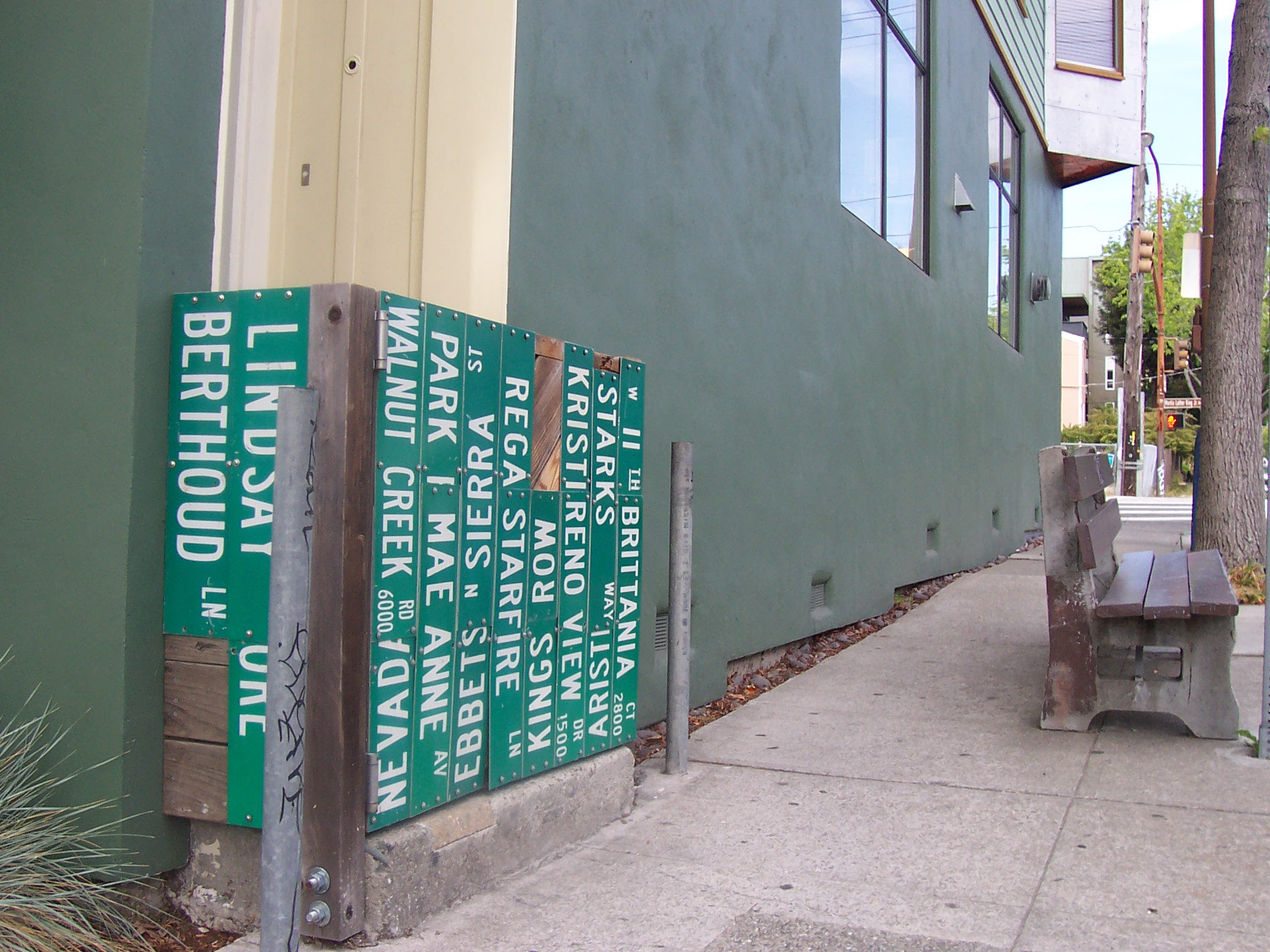 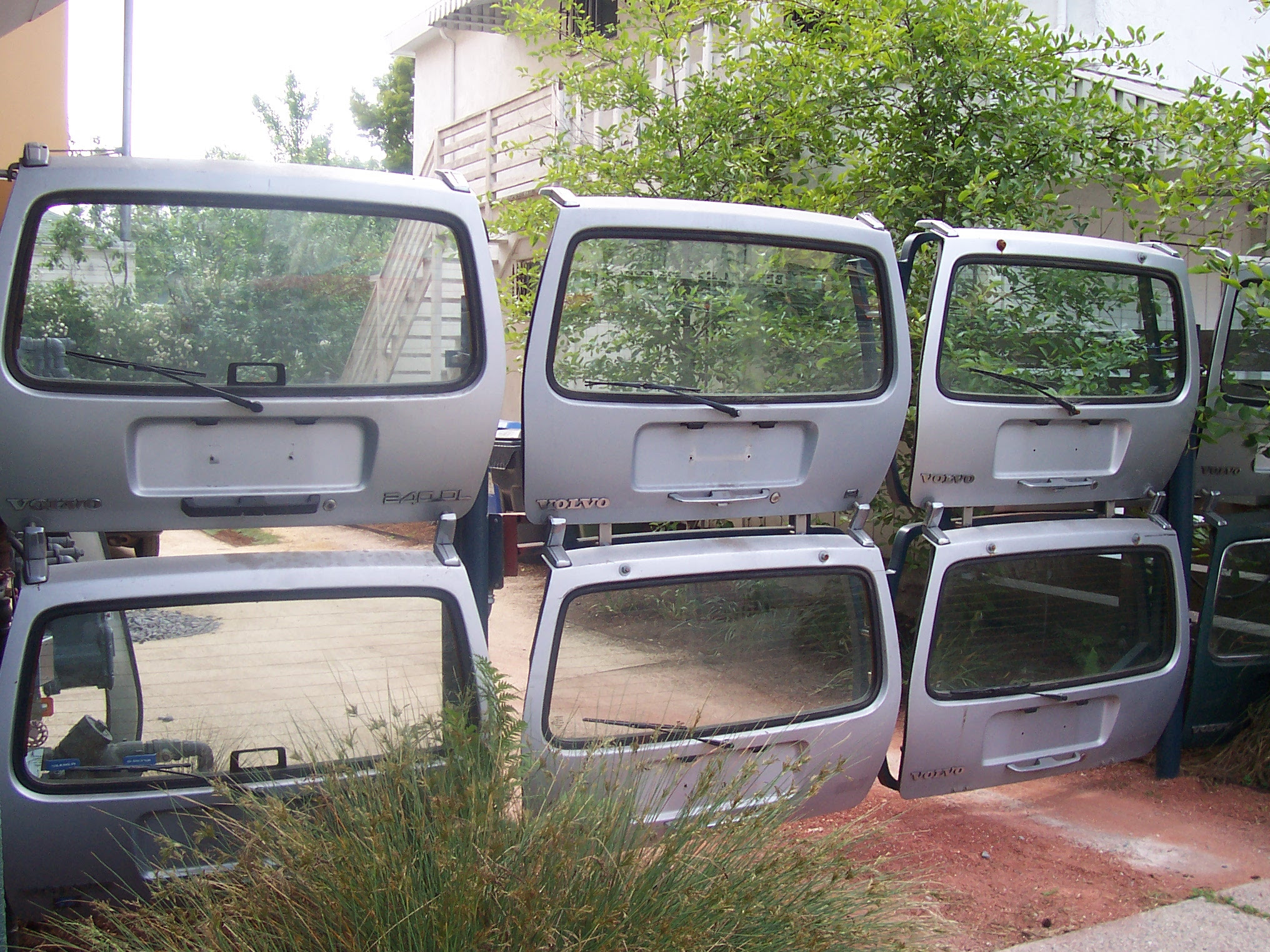 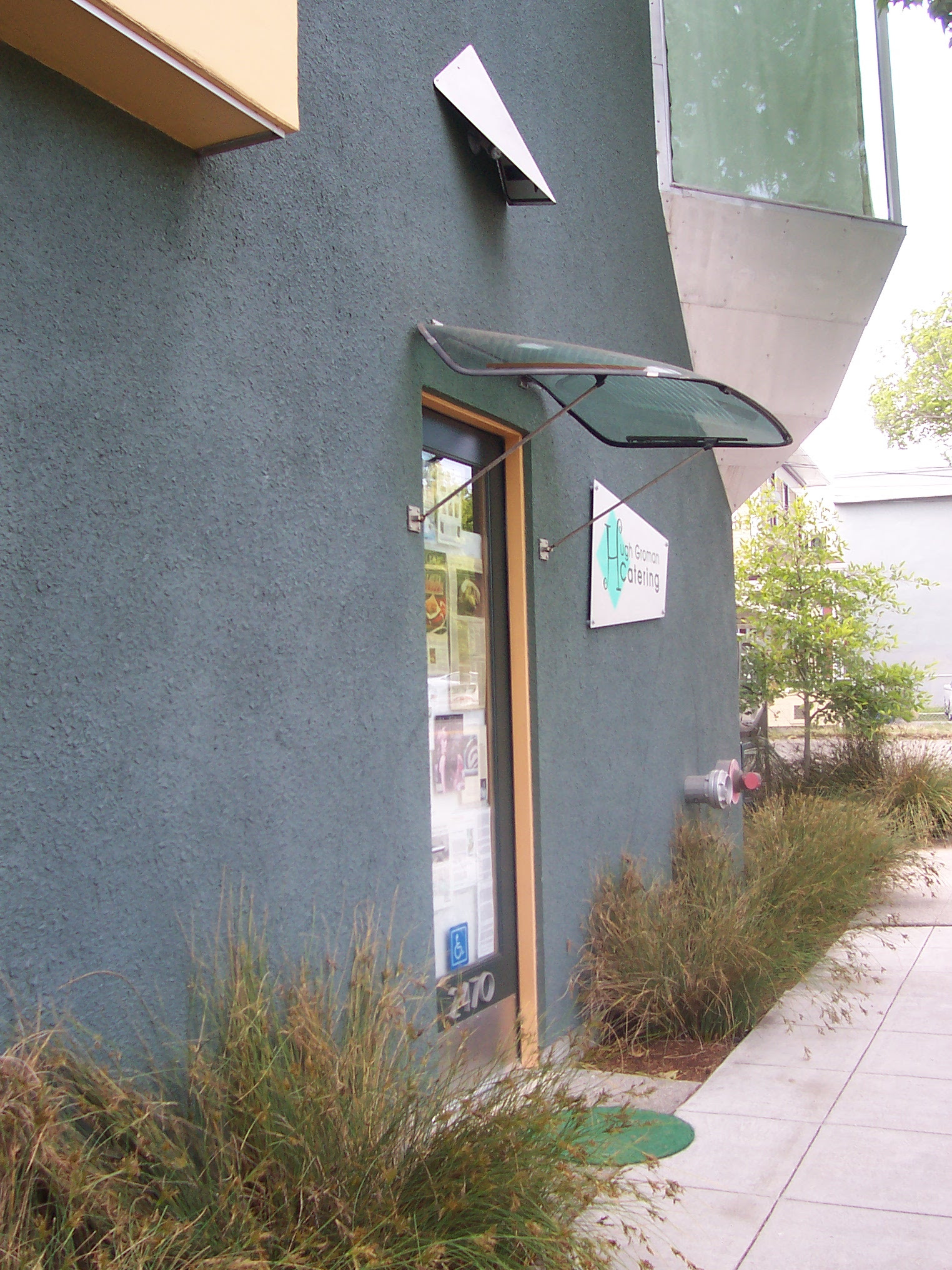 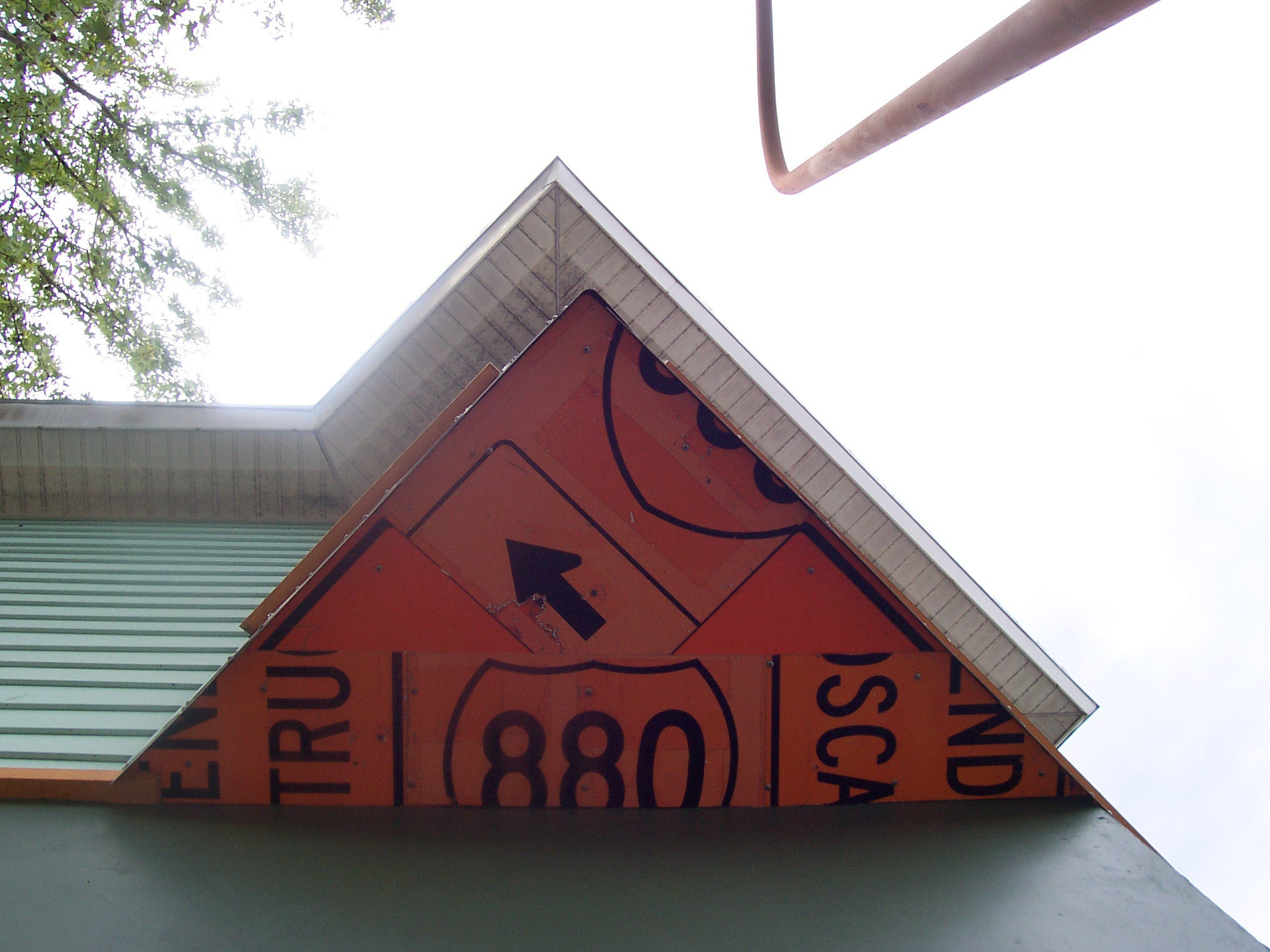