Tree-named streets and a brook in Fairmount, Hackensack, New Jersey 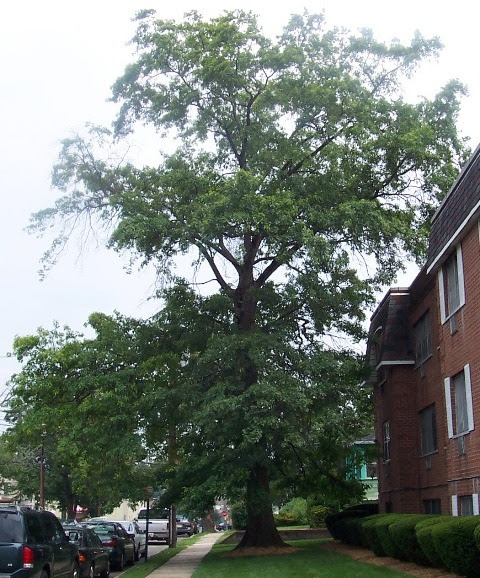 Pin oak, Oak Street Hackensack is named for the Achkinheshcky tribe; Achkinheshcky was simplified to Hackensack. The tribe settled at the mouth of the Hackensack River. The city is the seat of Bergen County; the county was once covered with farms, many of which, along with orchards, were located along the river (see History of Hacksensack). 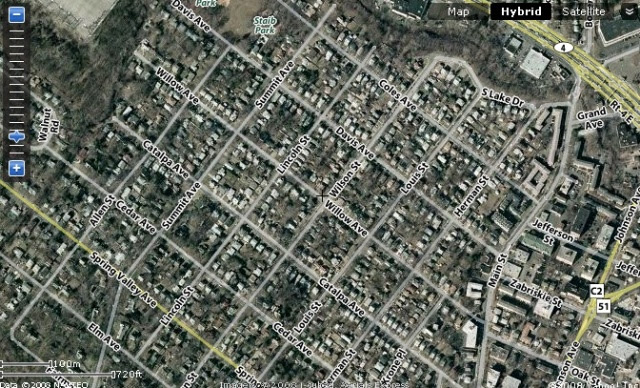 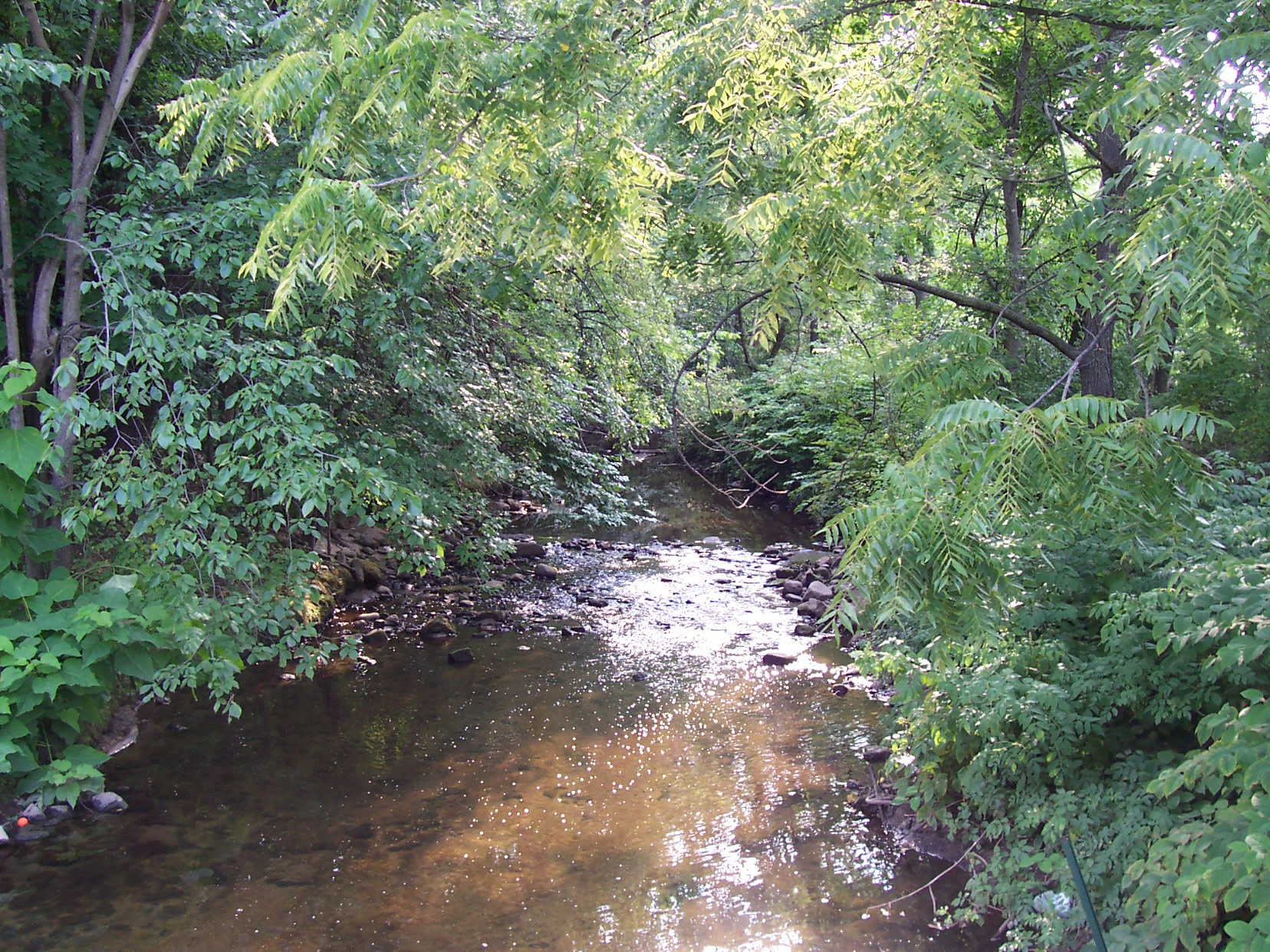 The river runs east of the Fairmount neighborhood which has several tree-named streets: Elm Avenue, Poplar Avenue, Pine Street, Cedar Avenue, Catalpa Avenue, Willow Avenue, and Oak Street. A search of the online history book of Hackensack revealed the names of several creeks and brooks. I was told that many of these smaller bodies of water have been buried. Coles Brooks (pictured above), a tributary of the river, runs north of Coles Avenue remains in its natural state. Perhaps the tree-named streets in Fairmount are an homage to a lost, more extensive riparian landscape.

Imported Comments Comment from : Albert Dib [Visitor] "G.N. Zingsem was the force behind the establishment of the Fairmount neighborhood. Zingsem was also an architect who designed the Fairmont Park in Philadelphia. He grew trees here in Hackensack and sold them to Philadelphia for planting in the park. Thus, the area was called Fairmount and many of the streets were named after the trees." From: City of Hackensack, Three Centuries of Prosperity, 1693-1993. In response to: Tree-named streets and a brook in Fairmount, Hackensack, New Jersey Comment from : Georgia [Visitor] Albert, thank you very much for this information! It's very interesting that the park designer was able to sell his trees to the City of Philadelphia. My mother moved to Fairmount last summer and we really like the neighborhood.