More than 36 hours in Toronto, Part I Several weeks ago we took a six-day trip to Toronto (and Niagara Falls), Canada. My first photograph in the city was of plants and people. I was struck by the simplicity of this landscape feature: a tight allee of birches, a grove, between a last century modern building and traditional brick construction. Another interesting architectural-landscape combination is pictured below, also on St. George Street. 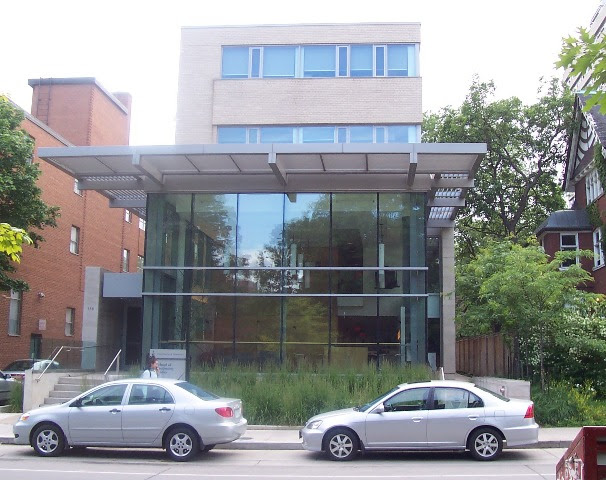 The birches were sighted on a walk after dropping our bags at a friend's apartment in the Bloor/University neighborhood. We visited the Bata Shoe Museum. I was taken by the small sizes of the adult Chinese shoes on exhibit; the women who wore them had bound feet. 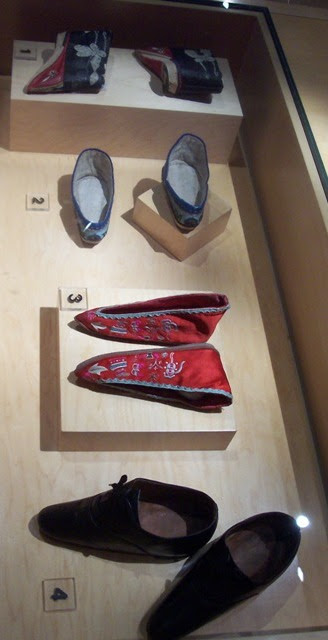 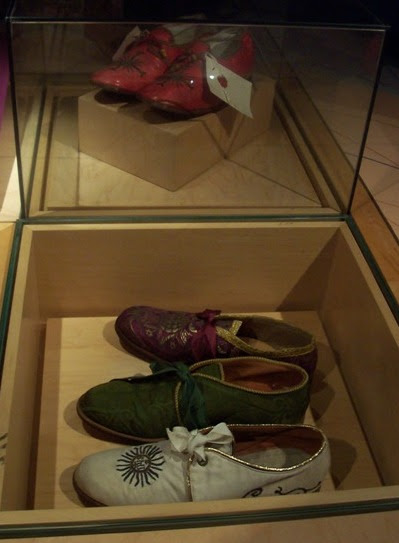 Of the neighborhoods I explored, my favorite is The Annex. Respected urbanist, Jane Jacobs, lived in The Annex. (I will be writing about Jacobs's advice for park and neighborhood development in a future post.) The Annex is also home to the Ecology Park Community Garden which we discovered at the end of our first walk. The park and its stewards will be featured in a nature-made profile. Briefly, the park began as a staging ground for subway expansion but now features plant associations found in the original Taddle Creek watershed and in southern Ontario. 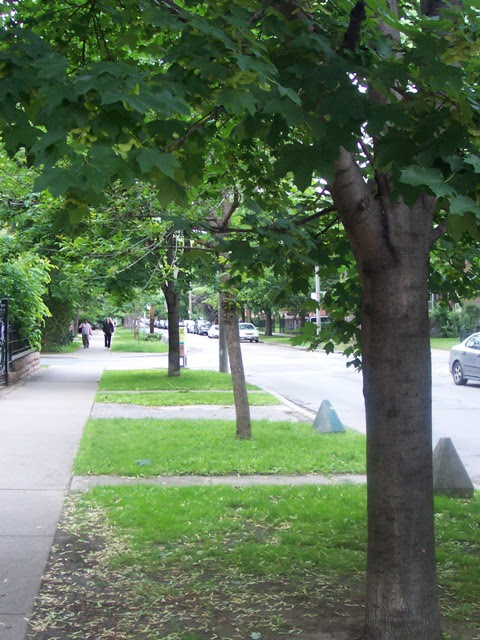 The generous tree lawns within The Annex neighborhood, like the one pictured above on Madison Avenue and adjacent to the Ecology Park, also contribute to an improved watershed. Less impervious surface means less runoff. Larger soil zones support healthier and larger trees; tree canopies intercept, slow, and clean rainfall (and moderate air temperature, store carbon, and filter air pollutants). In addition, if the soil within the tree lawns is uncompacted and pervious, it can absorb rainfall directly as well as indirectly via throughfall (water falling through the canopy) and stem flow (water flowing down the trunk), further preventing runoff and improving the hydrological cycle. 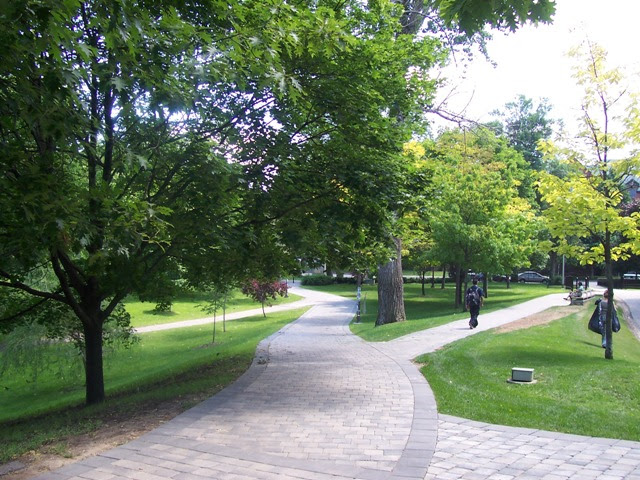 The hydrological cycle of the Taddle Creek watershed has been severely disrupted. The University of Toronto buried the creek in the late 1880s (?). The landscape design within the original creek bed does not appear to use a creek-friendly plant palette. Furthermore, the drainage system, pictured below, appears to follow a more industrial-era model of storm-water management. 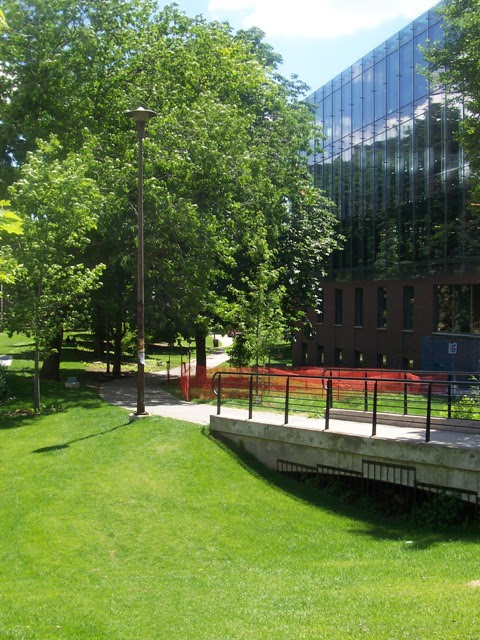 Alfred Holden, editor of Taddle Creek Magazine, wrote an interesting essay on the history of the creek. Lost Rivers, an organization that "create[s] an appreciation of the city's intimate connection to its water systems, by tracing the courses of forgotten streams," has posted a map of the creek sections on its website.