Taking public transportation in a new city is a skill and one I did not fully master during my short stay in Toronto. My intention was to participate in the Rouge Park tree tour offered by Toronto Tree Tours but the series of transit was overwhelming. Rouge Park is at the edge of the city and I was staying in the university district. The more than one hour trip was a combination of subway, light rail, and bus. In lieu of the walk on June 21, I downloaded the St. Lawrence Neighbourhood tour. This tour is one of five that published on the Toronto Tree Tours website. 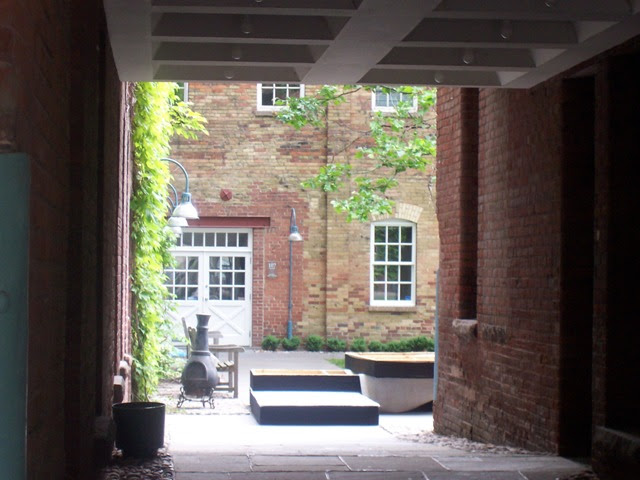 To come upon this courtyard while walking down what appears to be a neglected alley is one of the true joys of exploring the city by foot. With its tall stately trees, ornate gazebo, and brick walls covered in ivy, the courtyard is a lovely secluded place to seek reprieve on a hot summer afternoon. The grand brick building that surrounds the courtyard is home to the Canadian Opera Company and includes rehearsal spaces, workshops and administrative offices. Completed in 1888, the building was first a purifying house of the Consumer’s Gas Company and had been designed to look like a Christian basilica. 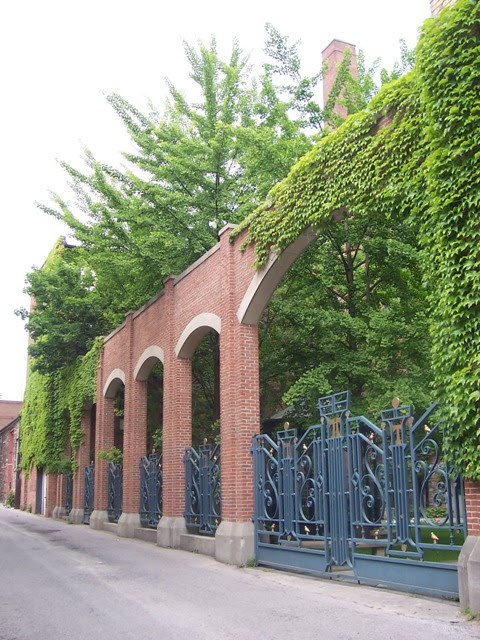 Slightly southwest of the condo and co-op housing is a verandah shaded by maples (not pictured) that is not on the official tour.

My experience with Toronto's trees was not limited to the abbreviated version of the St. Lawrence tour. I walked and ran through Queen's Park, below, the city's nineteenth century central park (the plan view can be seen here). The park supports a diversity of mature trees like white oaks and horsechestnuts. Toronto Tree Tour will tour the park on August 20, 2008. 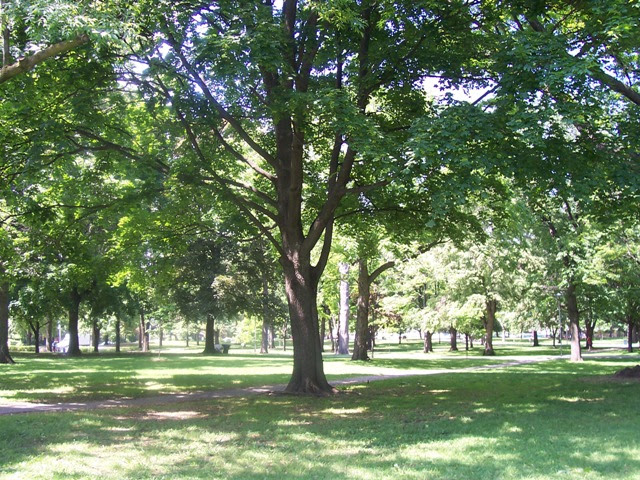 Not all the treescapes were as impressive as the park. The young trees on College, pictured below, showed signs of vandalism and stress. Also, the impervious concrete grate is unnecessary. I cannot recall the street on which the trees bedecked with annuals is located. What I do know is that the mounding of soil around the trunk flares exposes these trees to health problems like root collar rot and feeder-root suffocation. 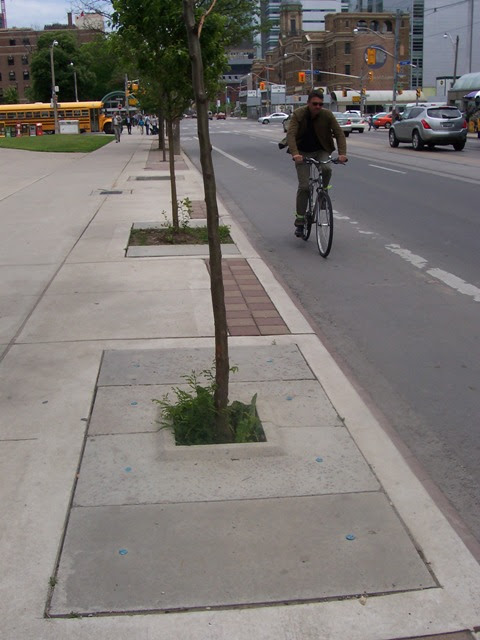 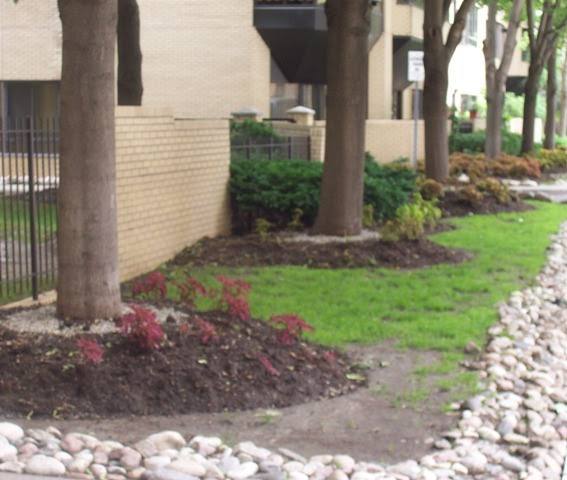 My spirits were buoyed when I saw the tree protection zone policy being enforced at a construction site in The Annex neighborhood. Many cities have implemented this policy but it is not always enforced. A barrier, pictured below, is installed to enclose the tree and its root zone. The rule of thumb is that for every inch of diameter, at least one and half feet of root circumference measured from the trunk should be protected 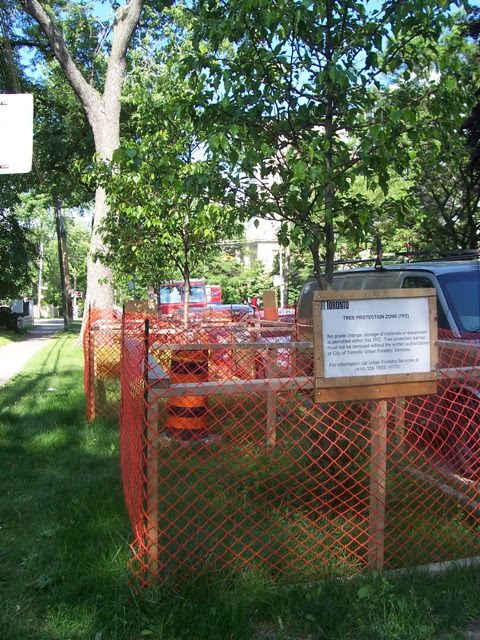 Finally, on most evenings, I enjoyed looking across the balcony to a canopy set among two-story row houses and against a backdrop of skyscrapers and cranes. 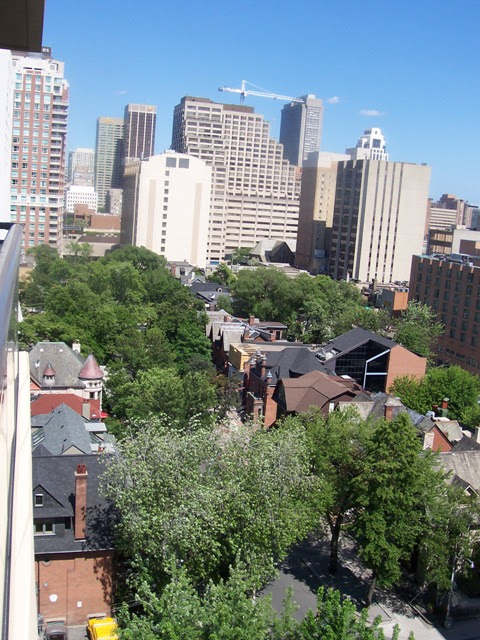