In Wednesday’s New York Times, there is an interesting article about a vanishing type of neighborhood in China. These neighborhoods consist of large, old houses which include stately courtyards which are connected by alleys, called hutongs, were designed in the 13th century by the Mongol founders of the Yuan dynasty. 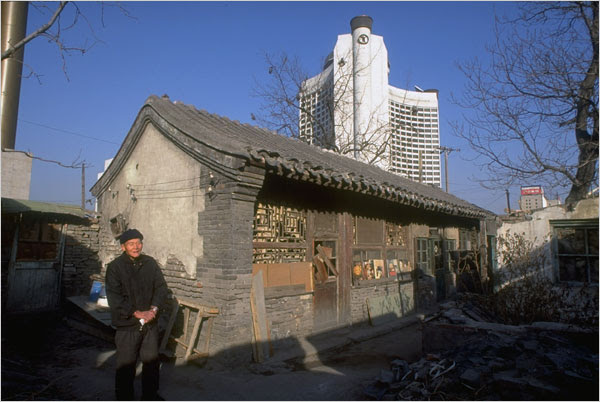 As the article states, “the layout of the neighborhoods, with public life spilling into the hutong alleyways and private life hidden behind brick walls in the courtyard houses” existed until the 1960s, when population pressure forced city planners to fit three or four families in a house and courtyard previously designed for a single family. The families would then spill out into the hutongs, eating and socializing in the alleys themselves. Clinics, public kitchens and public bathrooms were located in and around these hutongs, where the communist social ideals were overlaid onto the ancient Yuan city plans. 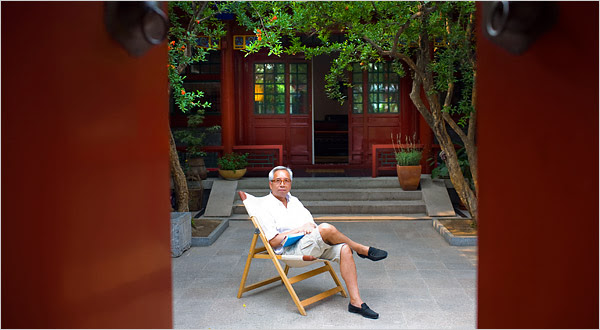 Now, in the 21st century, another phenomenon, spurred in part by the Beijing Olympic Games, and in part from China’s pace of development, has resulted in these old neighborhoods being torn down in favor of office building complexes and strip malls. In addition, these areas are also currently being gentrified, with small wealthy families displacing the larger groups of people who had lived in these neighborhoods since the 1960s. This has changed both the structure and the community feel of the hutong neighborhoods.

The author finds the current ambiance as sterile as an American suburb. Thus two processes, the population growth and socialism of the 1960s, and the modernization and gentrification of the 21st century, have left very little of the ancient design and feel envisioned by the early city planners. This theme of historical preservation at odds with population growth and the city residents’ changing needs. The article also discusses the local perceptions of living in a hutong neighborhood versus a state issued apartment.

Across the world, gentrification, development, local population changes have caused neighborhoods to change in structure, and in community feel. Examples in the United States include certain areas of Washington D.C. and other larger cities, where neighborhoods such as Columbia Heights, are experiencing gentrification which displaces local populations and brings in large scale retail stores, which changes the character of the neighborhood. There are many similarities and differences with the hutong example in China and urban revitalization/ gentrification in the United States, but a common theme is population change—whether growth or shrinkage.