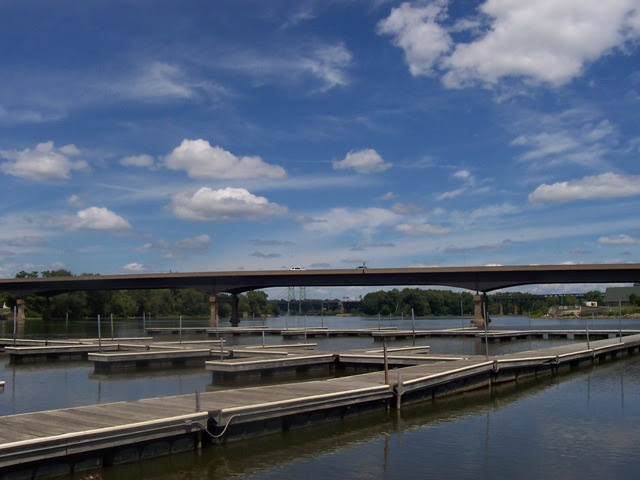 Stepping outside the Quad Cities Airport, I sighted my hotel across the parking lot. Although I requested a shuttle to the hotel, I would walk across the lot several times: to and from the restaurant in the main terminal and to and from the #20 bus stop to downtown Moline, Illinois. I only ate one meal in the airport. The second meal I ate in the area was at a restaurant in downtown Geneseo, pictured below. 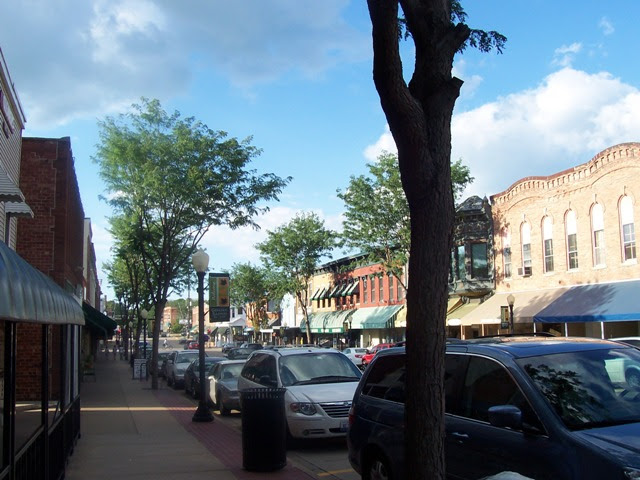 In addition to the Mississippi River, I was excited to see the John Deere Commons. The central component of the commons is the pavilion which is fronted by a large deer sculpture and several pieces of John Deere equipment. Equipment was also displayed inside the pavilion but I was fascinated with the interactive displays. For example, by pressing a button that represented a particular food group, say fruit, I could see the "yearly average consumed per person" which is 126.1 pounds. 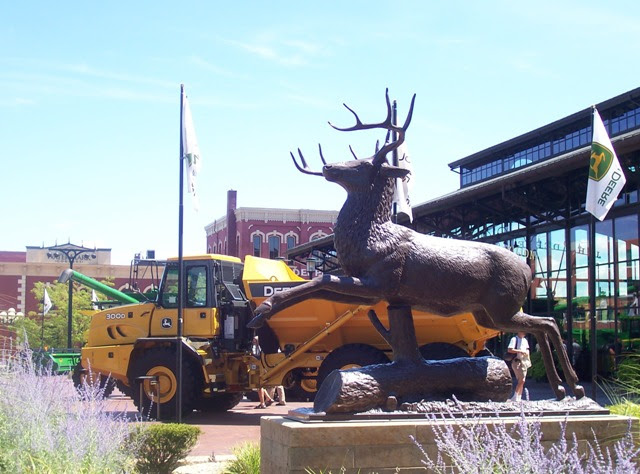 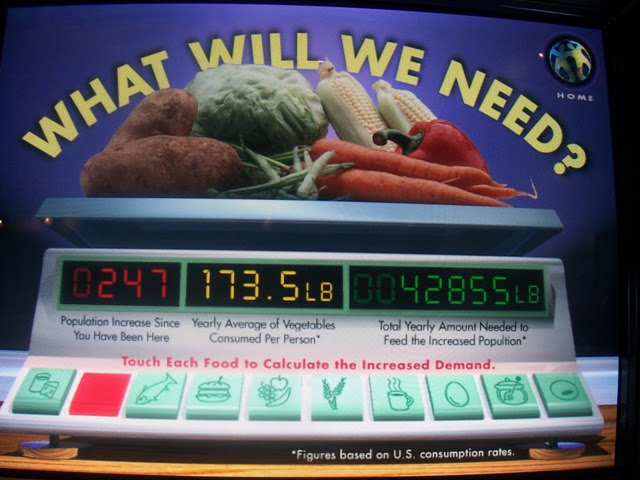 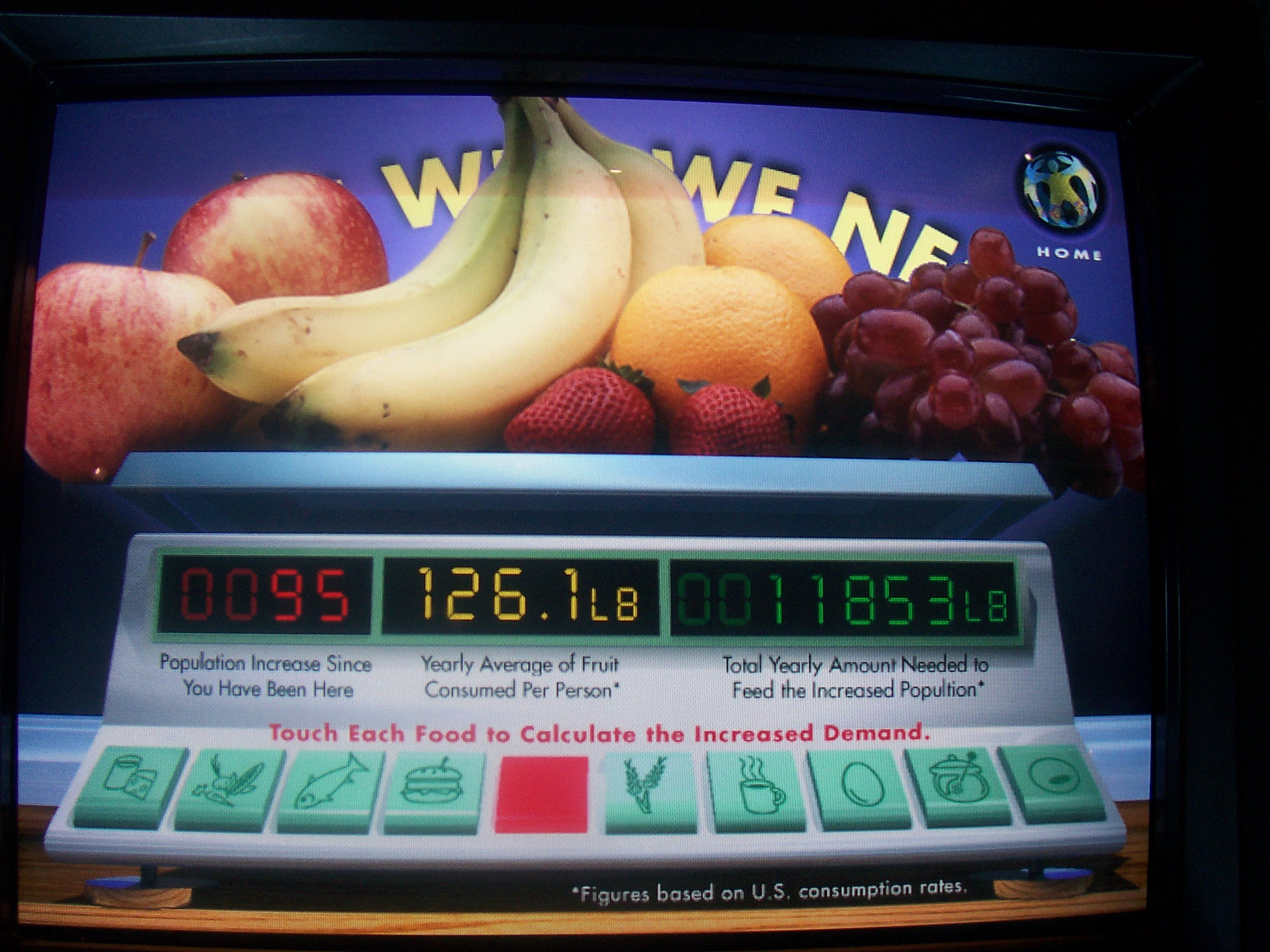 Another interesting interactive display was the biotech lab program. On my second attempt at combining fruits and vegetables, I succeeded at creating the pomato, a hybrid between a potato and a tomato. I learned that the pomato has been created in a lab setting. The tomage - a combination of tomato and cabbage - is not possible, yet.