The influence of John Deere is not limited to the exhibition hall in downtown Moline. A John Deere generator was employed at the Mendota Sweet Corn Festival to power an ice cream machine. 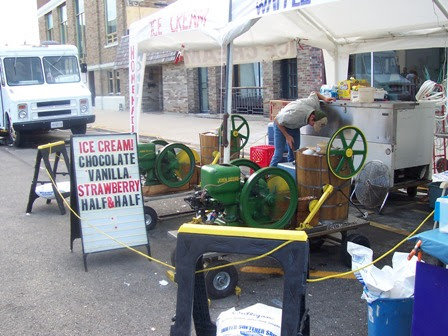 Up the hill from downtown Moline, in the Overlook Historic Neighborhood, are three former Deere-family houses. The William Butterworth Memorial Trust funds two of the houses: the Deere-Wiman House and the Butterworth Center. The third house, the John Deere House, located at 11th Avenue and 13th Street, is otherwise funded and currently under renovation. The Deere-Wiman House was built by John Deere’s son, Charles in 1872. Twenty years later, Charles built the Butterworth house for his daughter, Katherine, and her husband, William Butterworth. 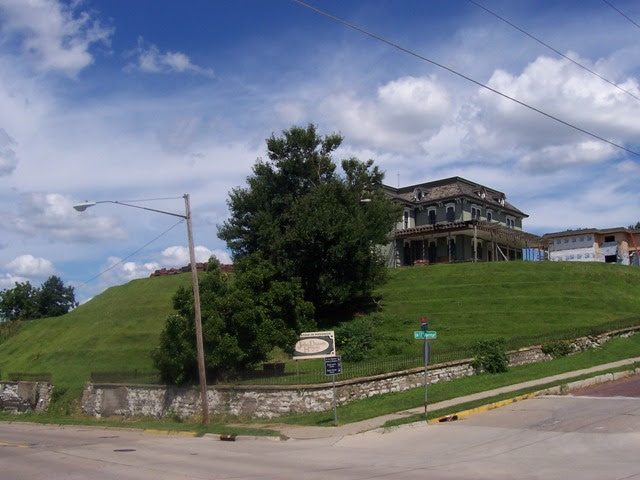 The Overlook Historic Neighborhood is composed of two-story houses with porches and attics in the northern section of the neighborhood while the south side streets are lined with grander homes of brick or stucco with expansive, manicured lawns. Velie Park, located at the approximate center of the neighborhood, is uninspired in its design but it has a nice view of the Mississippi River. 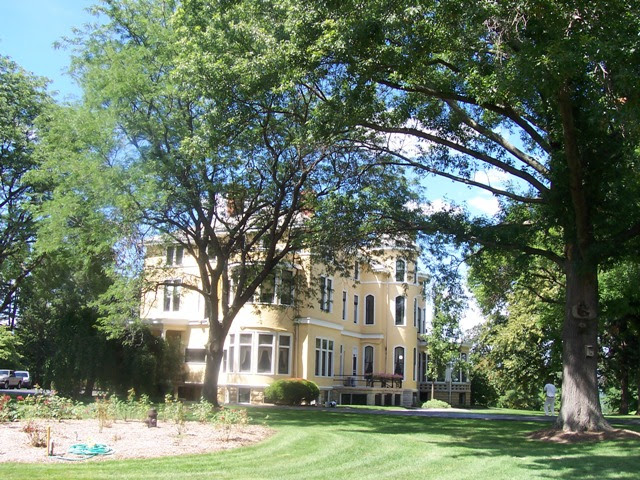 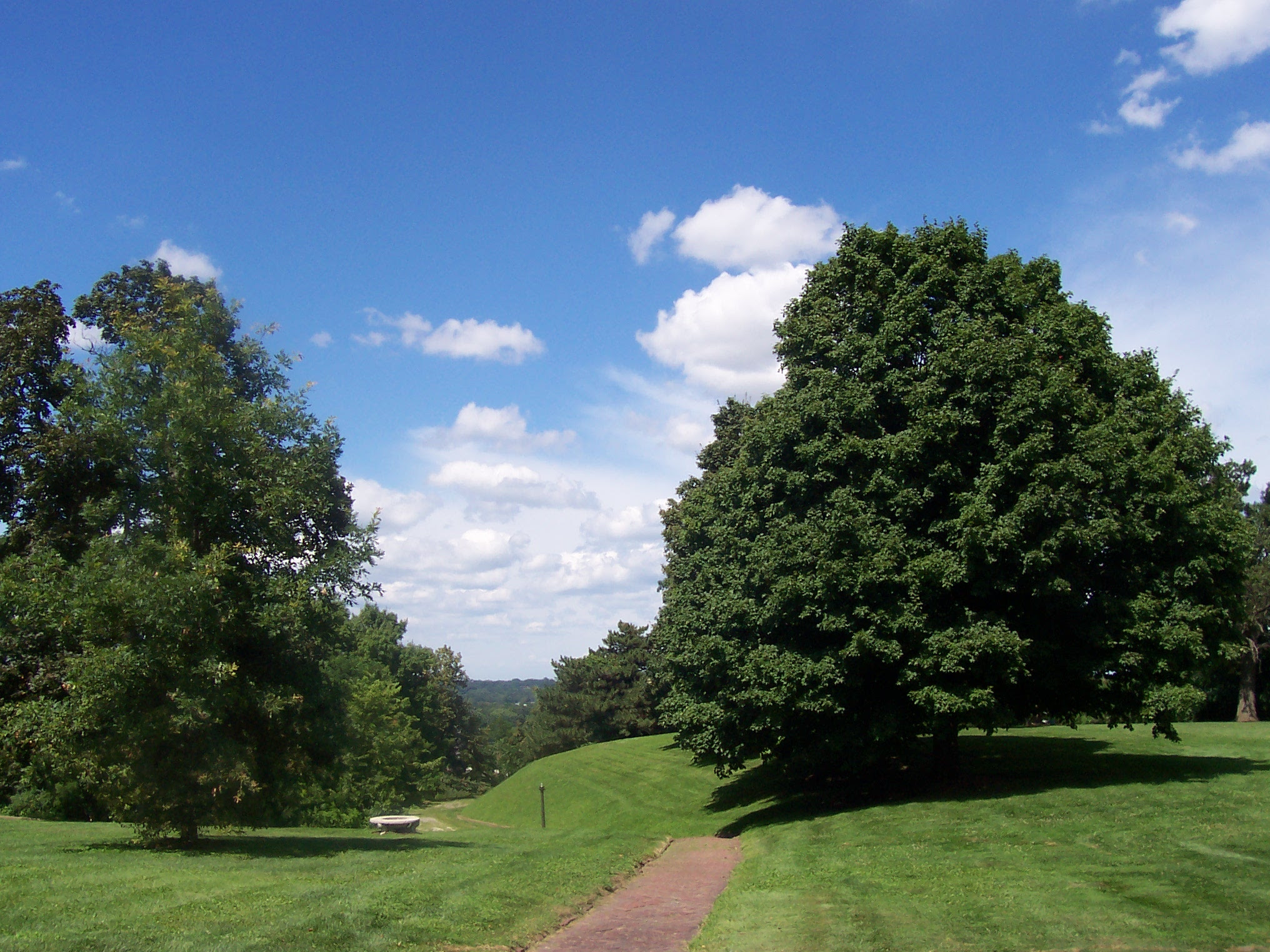 Charles Deere not only constructed a grand house for his daughter and son-in-law, he built it on a generous block-sized lot. The grounds look and feel like an arboretum, mostly planted with trees. There is a flower garden that was at the peak of its bloom. In contrast, Charles’s own house, the Deere-Wiman house, pictured below, is set on a smaller block and its grounds are more gardenesque. 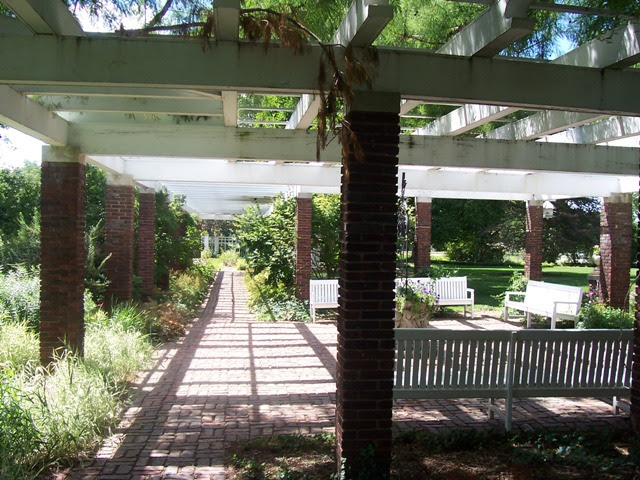 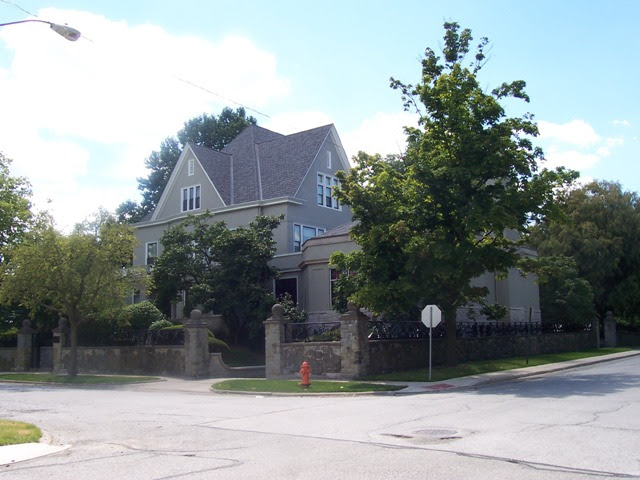 While the Deere houses are maintained and renovated, several properties in Moline have been abandoned. The most interesting is a gas station with listing $1.29 for unleaded; the station must have closed several years ago! Another under-utilized property is a transit station of some sort at the edge of downtown. It was likely abandoned when the city built the new transit center near the river and the Deere Pavilion. The geometry of the space might lend itself to future use as a truck farmer’s market. 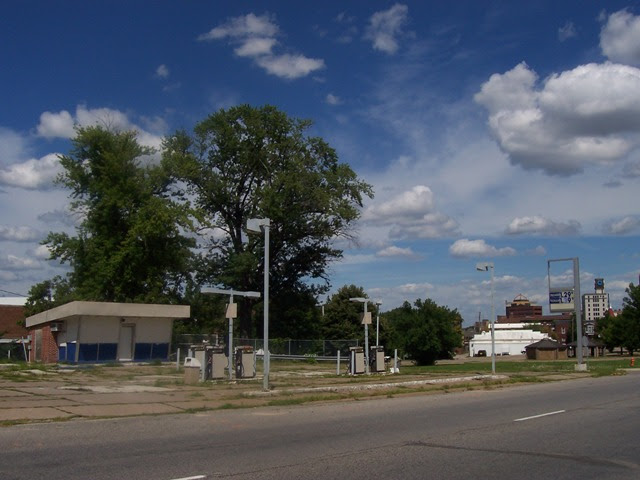 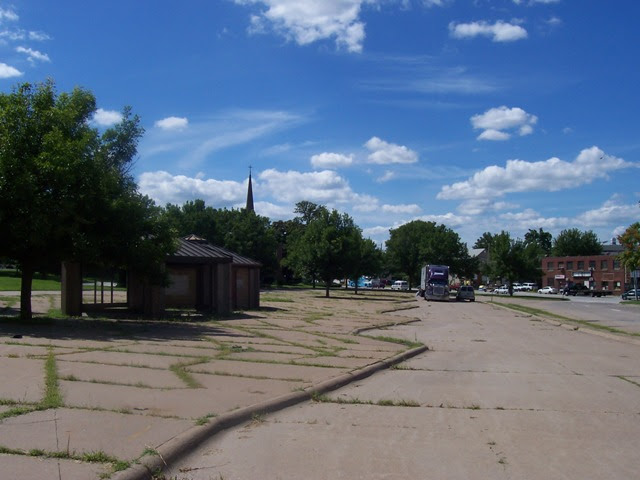