Bike Tour: Around Arrowhead Marsh and the San Leandro Bay 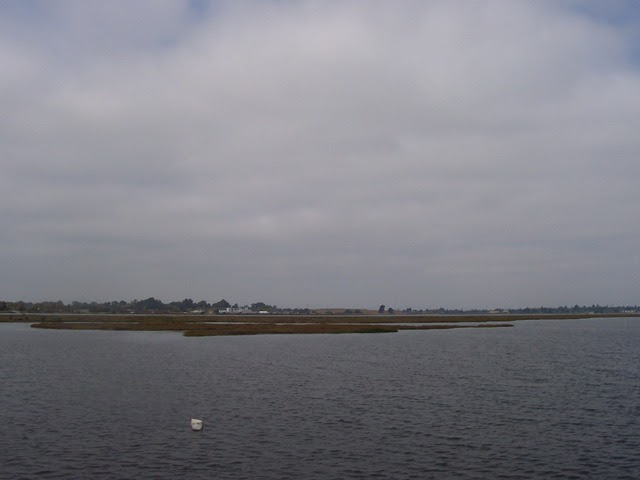 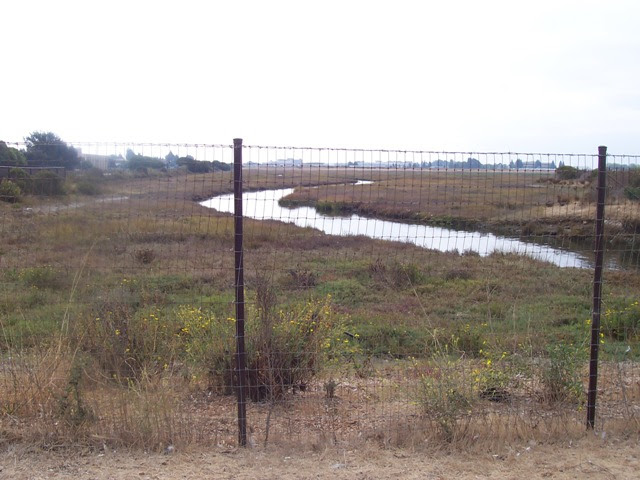 On a recent Saturday, six cyclists left from Fruitvale BART in Oakland, Calif. to tour Arrowhead Marsh and the creeks of the San Leandro Bay. The tour included the confluence of the Courtland and Peralta Creeks, the confluence of the Arroyo Viejo and San Leandro Creeks, Bay Farm Island in Alameda, and Arrowhead Marsh (from above it looks like an arrowhead). The tour leader, Grey K., staff at Cycles of Change, showed the group a new marsh (above right), engineered from a Port of Oakland parking lot after the Golden Gate Audubon Society and Save the Bay successfully sued the Port for attempting to develop a casino on the site. (Bay Nature wrote about the first development attempt in 2005.) 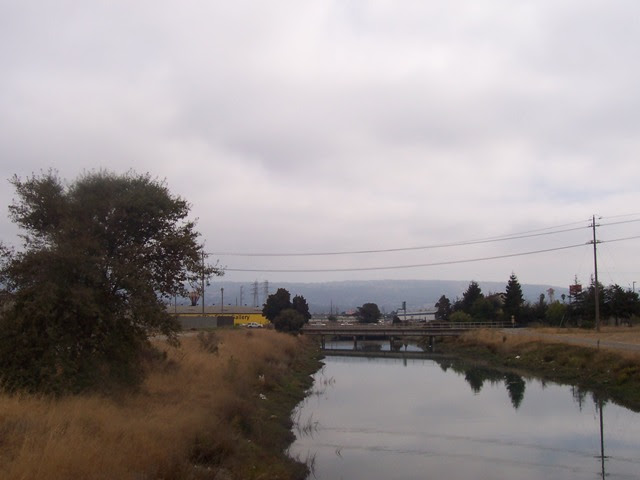 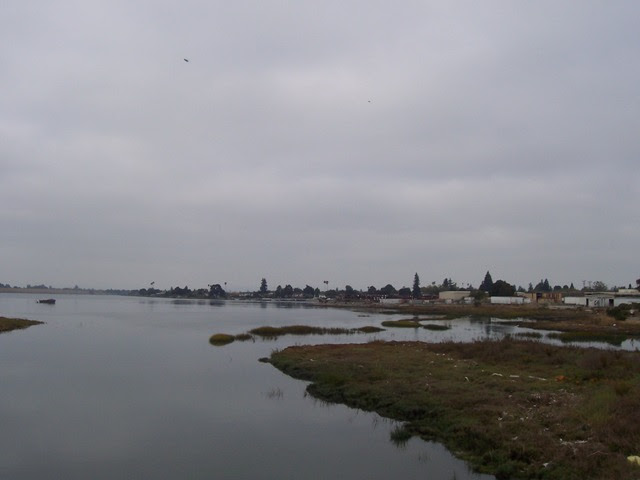 Courtland Creek, and its confluence with Peralta Creek 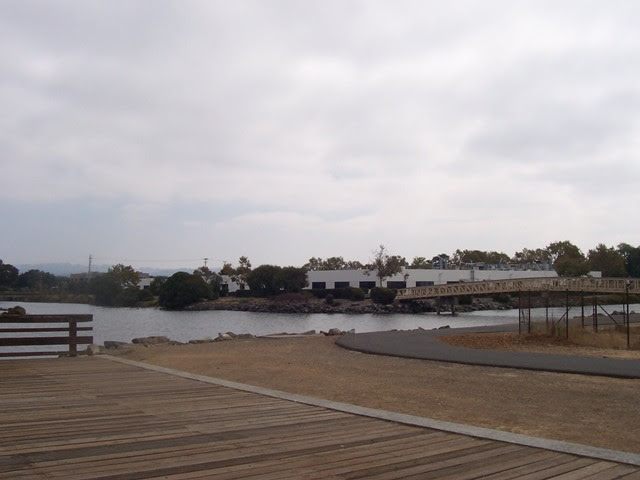 The City of Oakland was certainly named for its oaks but a comment by Moses Chase might be directly responsible for the city's name:

Once when Moody [who traded oak lumber for land from Peralta] was asked where his newly acquired land was, according to his grand-daughter, he replied, "My land is at Oak-land" and it may have been this remark that gave the city its name.

An "Atlas of the East Bay before 1775" prepared by Grey K. can be viewed below. 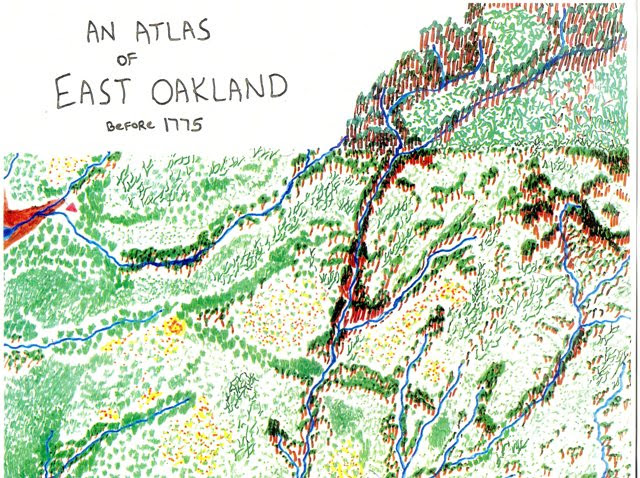 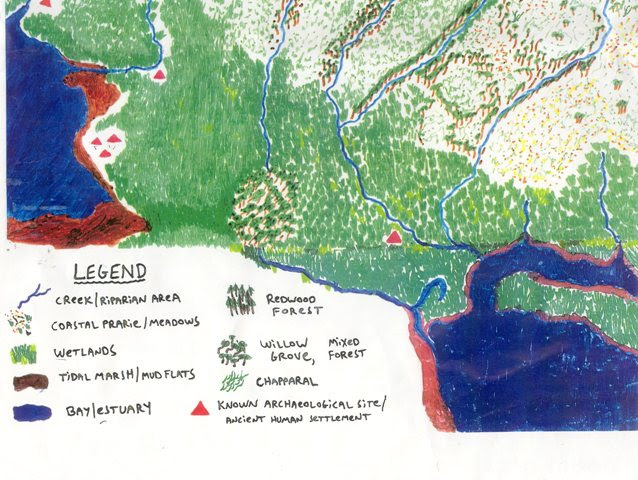