Carl F. Horowitz, author of "The Garden Apartment" (1983) writes that this residential form was "an innovation of the early-1920s," inspired by Ebenezer Howard's garden city concept. Howard envisioned the garden city supporting populations of up to 30,000 people, with local employment, and surrounded by a greenbelt of agricultural and wooded areas. Horowitz points to Sunnyside Gardens in Queens, NY, designed by Clarence Stein and Henry Wright, as the first garden apartment in the U.S., followed by the more suburban model at Radburn, New Jersey, also designed by Stein and Wright.

Horowitz offers several "universal attributes" of a garden apartment: rental tenure; low-rise design; floor plan is on one level; clustered open space; apartments are on the same tract of land; and semi-private exterior doorways. I am skeptical about the universality of the first element - rental tenure - but I strongly agree with the remaining features. 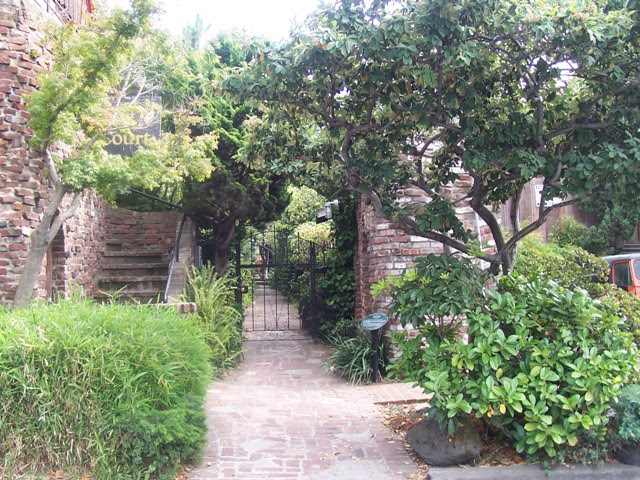 Fox Court is a local example of a garden apartment. I knew of the community through my work with the Hidden Gems of Berkeley series but had never visited the court. On a recent walk up University I noticed a distinct change in the streetscape between California and MLK, looked right and saw the historical marker for Fox Court. 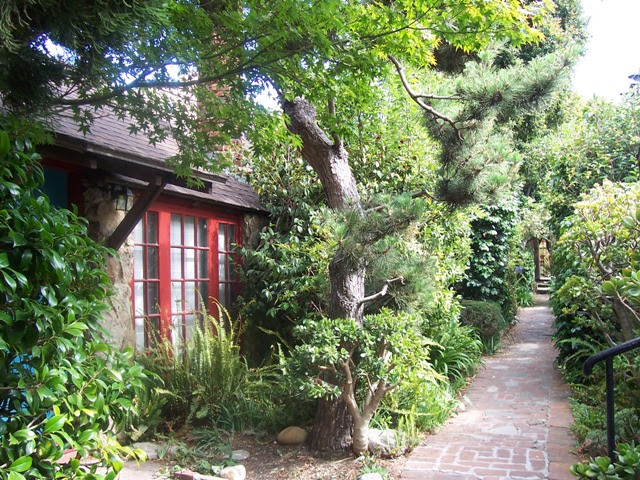 Fox Court was designed by Carl Fox with his brothers George and Herman of Fox Bros. Construction Co. The Berkeley Historical Plaque Project marker notes that Fox "envisioned [University Avenue] as a thoroughfare with well-designed buildings for both businesses and homes." Up the street from Fox Court is another Fox Bros. project, Fox Commons, which houses several small businesses. Read Susan Cerny's account of landmarked Fox Bros. projects in Berkeley. 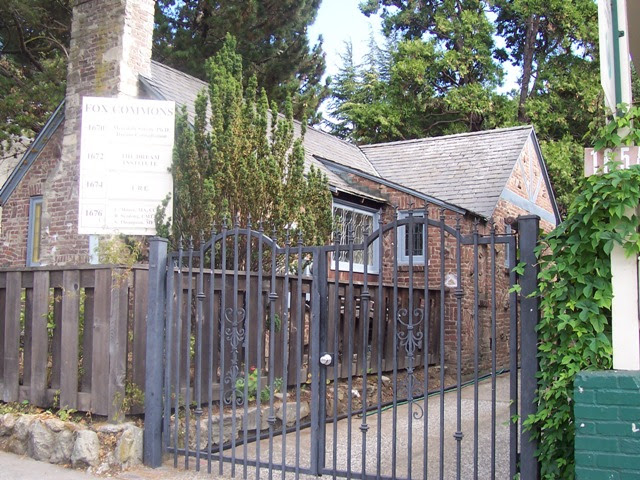 A few months ago, I borrowed "Biophilic Design" (2008) edited by Stephen R. Kellert (former professor), Judith Heerwagen, and Martin L. Mador (former classmate). I only recently read anything from the book; it was a chapter contributed by Robin C. Moore and Clare Cooper Marcus about "designing nature into the daily spaces of childhood." Marcus is an emeritus professor of architecture at University of California and wrote authored the seminal book on medium-density family housing, "Housing as if People Mattered," with Wendy Sarkissian. 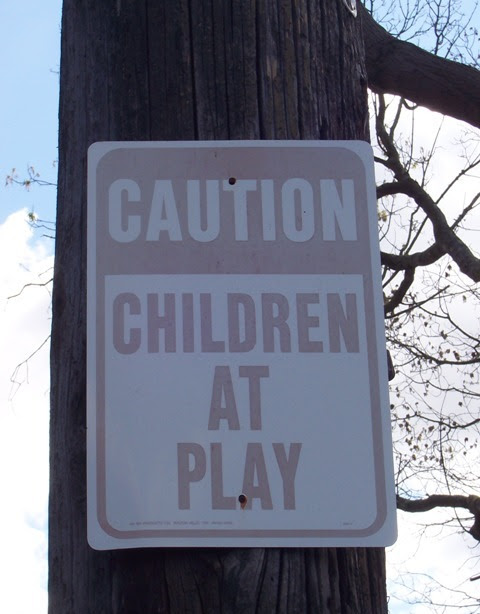 Moore and Marcus propose four design features of residential neighborhoods that promote both sustainability and positive interactions between children and nature. Cul-de-sacs (the correct term is culs-de-sac) and greenways are one element. Berkeley has numerous culs-de-sac created with the partial or full closing (except to bicycles and emergency vehicles) of streets via traffic calming structures. Moore and Marcus smartly note that "a cul-de-sac per se does not necessarily guarantee access to nature," so they advocate providing greenspaces at the bulbs of the culs-de-sac or designing "the cul-de-sac itself [to loop] around an area of greenery" (185).

Another neighborhood element is the alley. There are few of these in Berkeley (none of them are children-friendly or function as green alleys) but the city has "135 numbered, city-owned walkways" that provide numerous and safe opportunities for interaction with natural features.

The woonerf, Dutch for "residential precinct," is a form of street design that prioritizes the pedestrian experience utilizing "speed bumps, bulb-outs, planters, trees, benches, and play spaces" (193). Again, while not inherently providing interaction with natural features, the authors point to the presence of tree-lined streets and safer passage to natural areas close to home. 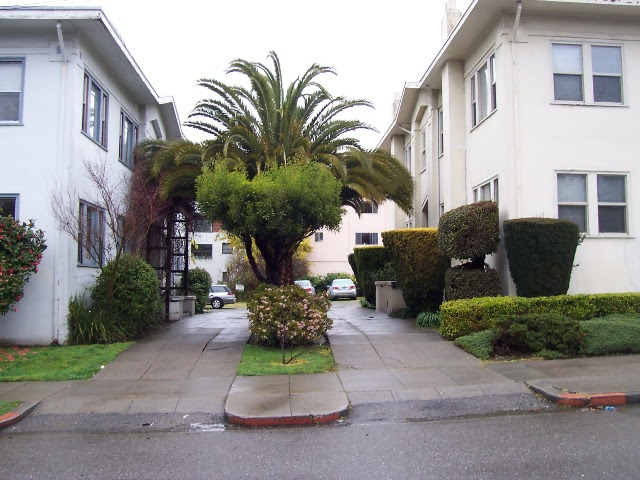 The first design element described by Moore and Marcus is the shared outdoor space within clustered housing, like the garden apartment. The authors define this outdoor space as "neither private (like backyards or balconies) nor fully public (such as streets or parks)" (176). While not under the exclusive purview of a single individual within the clustered housing, a shared outdoor space is often only accessible to residents. The Meadow in the Le Conte neighborhood of Berkeley - unfenced backyards open to adjoining residents - is only accessible to residents (or their guests. Fox Court is gated but I have seen other garden apartment with less cloistered designs. Moore and Marcus list the following benefits of shared open space:

A point worth underscoring is the provision of ecological functioning natural elements in clustered housing. David Orr and Robert Michael Pyle, writing in "Biophilic Design," make a strong argument in its favor:

Incorporate building-side gardens and dooryards that invite diversity right into the precincts of the urban capture. Too often such spaces are wasted on strictly ornamental plants with few wildlife values" (220).