The fourth Saturday of every month is the designated work day for the California Habitats Indigenous Activists or CHIA. Each work day ends with a picnic at the nearby Perlata Community Garden. Many of the regular CHIA members are gardeners at Peralta. 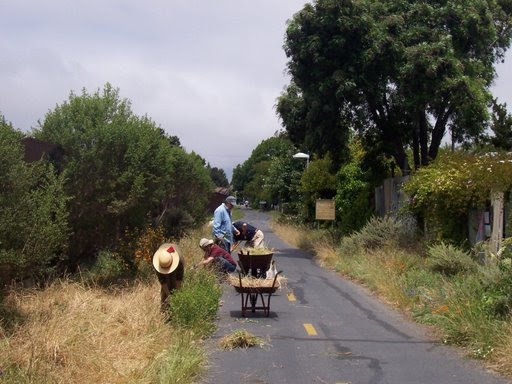 CHIA has been stewarding a native coastal prairie along a now approximately 500-foot long section of the Ohlone Greenway between Gilman and Peralta for a decade. Here's the story of CHIA as told to me by Carole, one of the group's founders.

The site was chosen because of its proximity to the Peralta garden; after all the restoration was initiated by some of its gardeners. These gardeners submitted a "native plants in the garden" proposal to their fellow gardeners who voted in favor of the idea. The premise was that the land on which the garden sits was "given to us to share so we should share it with animals" and the way to do so was to plant local plants that would attract local animals. 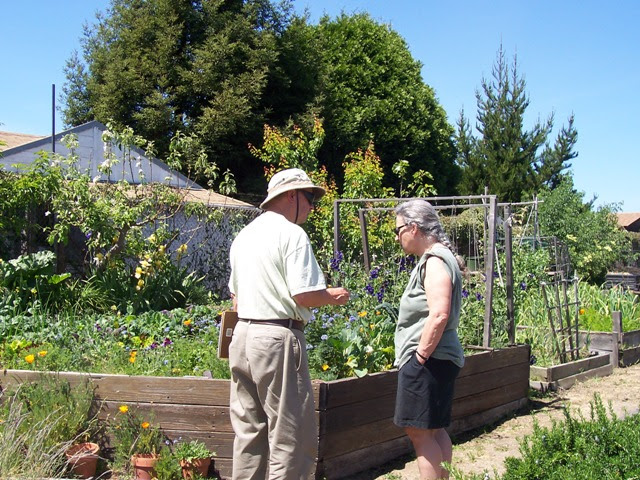 The Peralta Community Garden is one of three gardens (as well as the Berkeley EcoHouse and the Ohlone Greenway Natural and Cultural History Exhibit) that comprise the Westbrae Commons. The garden projects were initiated by the landscape architect Karl Linn. According to CHIA co-founder, Carole, Karl sought to "beautify public space with plants and involving neighbors." Peralta (and Northside) Community Gardens are located on BART-owned land which is leased to the City of Berkeley. (Ownership of the Ohlone Greenway is literally split down the middle; the western side is owned BART and the eastern side is owned by the city.) According to Carole, Karl sought support from Councilperson Linda Maio early in the negotiation process. A verbal memorandum of agreement was reached between the parties; BART did not want anything adjacent to the fence and the city wanted clearance along the path. The garden opened in 1996 with lots of neighborhood work equity and a "good relationship between the city, BART, and politicians." The City of Berkeley and BART view the Peralta garden as an asset and I think this has carried over to the coastal prairie restoration project.

Two years after the garden opened, CHIA began its work. The founders recognized the advantage of the area adjacent to the garden - it would be "open to the public at all times." Open hours are a challenge faced by the garden. The site along the greenway would showcase "native plants as beautiful," attract wildlife, save water because they are drought tolerant, "create a sense of place and home" because historically this was home to the Ohlone people "before houses and streets," and finally, it would highlight the botanical history of the area as a coastal prairie.

The CHIA group relied on the research skills of Dave, one of the co-founders. Dave found that the area in which the restoration project is sited was marshy with streams flowing from the hills; there was "marsh between courses lined with oaks and willows and vast areas of grassland without trees." There were elk and salmon, shorebirds and freshwater birds as well as Grizzly bears. 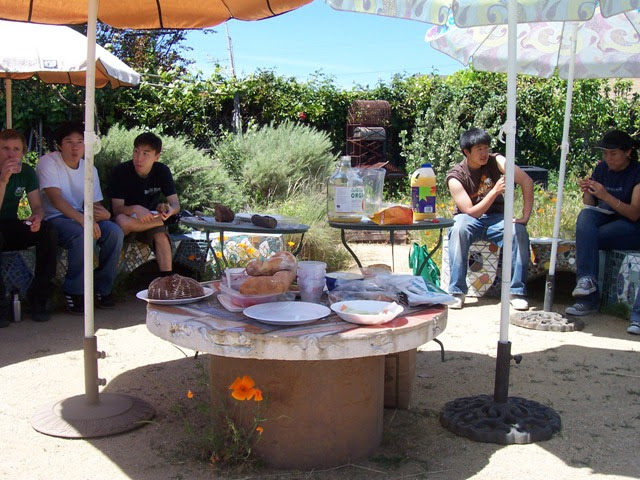 In July of 2007, there were nine regular members, two of whom did not have plots at Peralta. With nine members, one work party per month, and Cal student and local volunteers (like me), CHIA regenerated 270 feet of land into coastal prairie. As of April 2008, CHIA has regenerated an additional 210 feet. The new section was designed with the help of two landscape architects, one of whom lives across the street, while the other is involved in the Peralta garden and worked on the Schoolhouse Creek Common design. 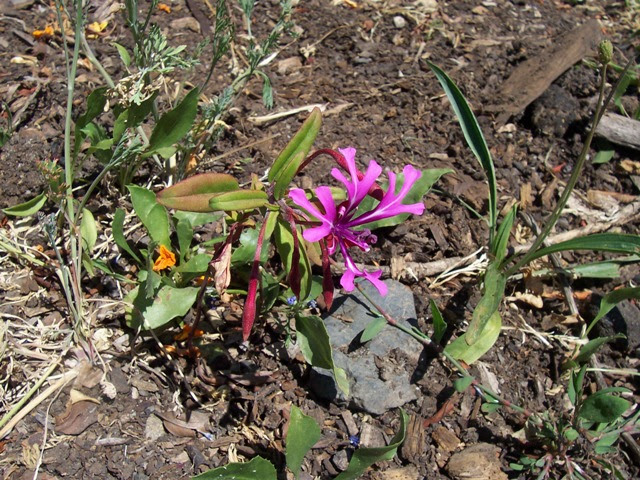 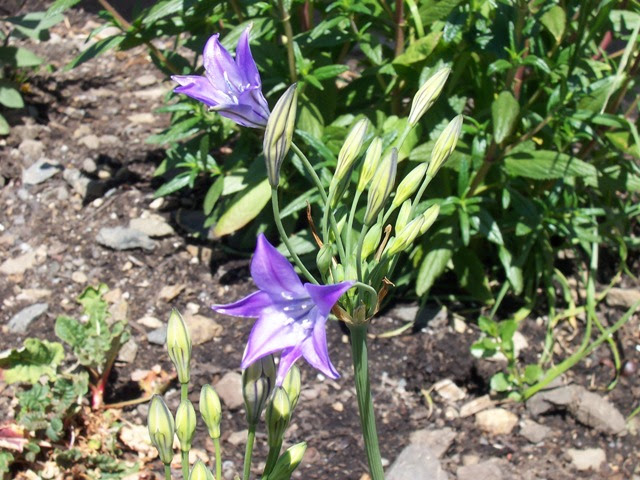 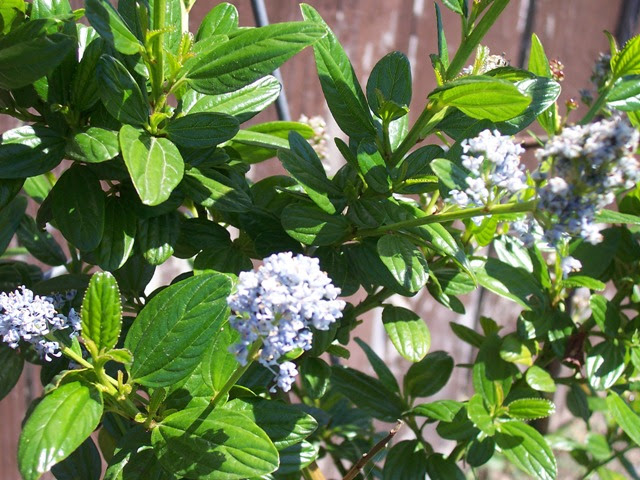 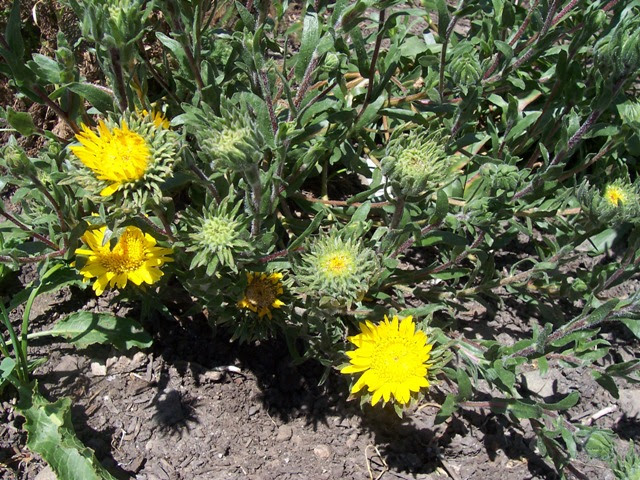 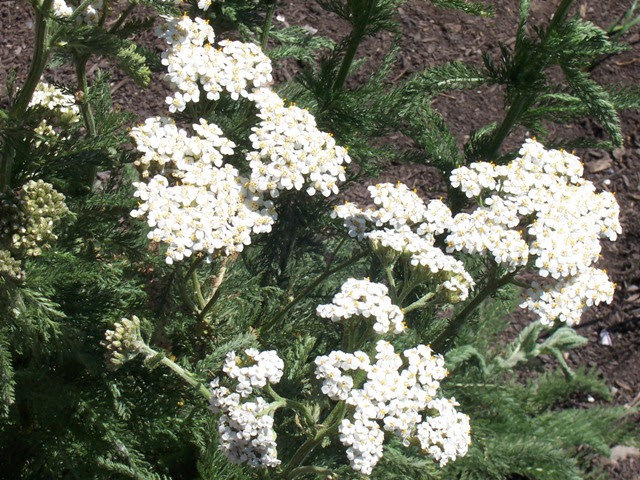 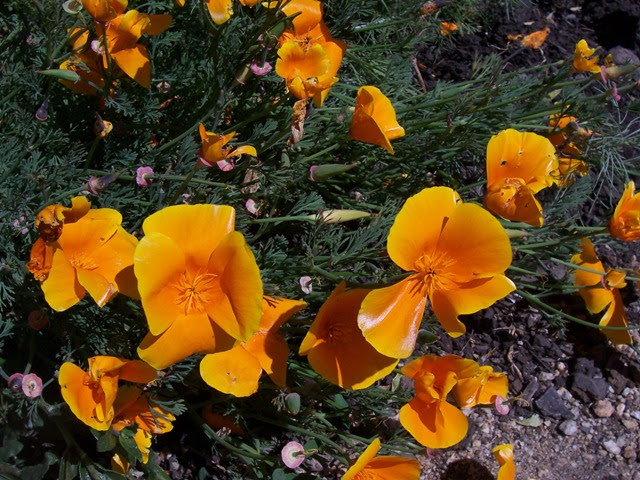 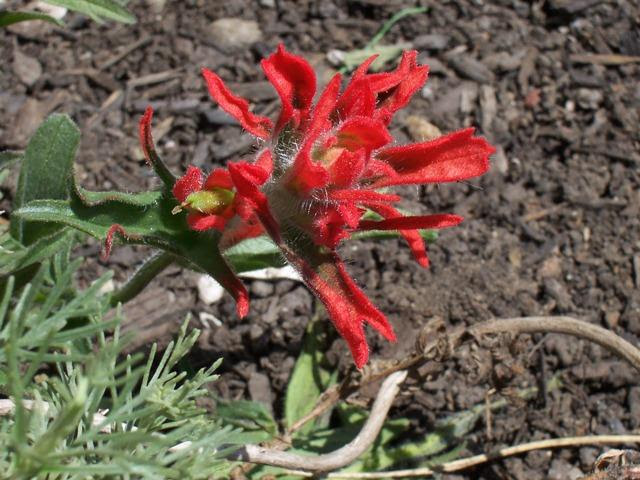 Left, from top to bottom:

Right, from top to bottom:

The plant palette is evaluated with four criteria: beauty, habitat, low maintenance, and drought tolerance. The garden and the coastal prairie restoration project has attracted bees, butterflies, birds, and mice (!). According to the Native Garden Tour website, "the Peralta Community Garden also has the greatest diversity of native bees of any garden studied by entomologist Dr. Gordon Frankie." At last month's work party picnic, one CHIA member told the group that her Peralta plot is planted with native plants for bees. She began planting for bees after learning that one reason for population decline of native bees is the lack of open spaces of native plants. Another CHIA volunteer and Northside gardener told of her failure to attract monarch butterflies to her "way station" garden. However, her South African basil, a non-native, is always buzzing with honey and native bees.

The people sigh it looks so dry the birds reply 'it's seed time, that's why.' (Poem by Carole Bennett-Simmons)

One of the challenges of the project is the difficulty of the maintenance. The plant palette is primarily grassland and during the dry season, it is "less than aesthetic appearing." It is also susceptible to weeds from neighboring yards and general disturbance vis a vis trail users. Another challenge is consistent volunteer time. The project requires "continued volunteer time" and Carole questions what would happen if CHIA stopped its work. One of the ways the group is addressing their maintenance concern is by modifying the grassland with shrubs which are easier to maintain. The successes of the restoration project include an increase in wildlife, neighborhood improvement, and enjoyment by neighbors and passersby.

From a personal point of view, Carole has enjoyed success as well. She has realized that there is a "tremendous abundance in plant and animal life." Also, her involvement with CHIA has shifted her perspective when she travels. She told me that when she travels now, she "sees watersheds!"

This profile was originally posted here. Read more about CHIA here and the Peralta Community Garden here and here.