Join me on a photographic procession from downtown Chicago along six miles of lakeshore to Wooded Island. 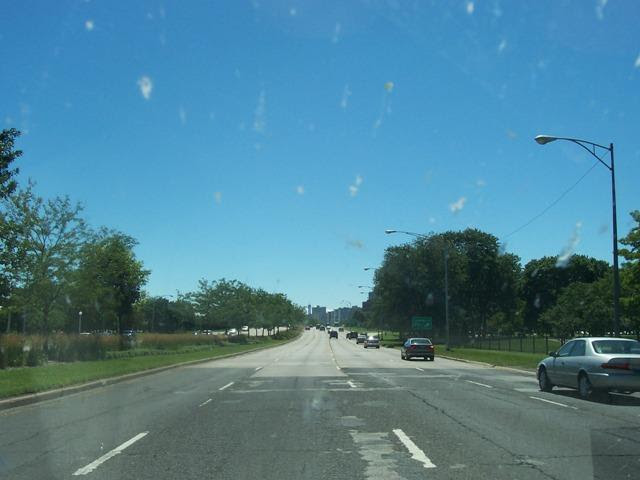 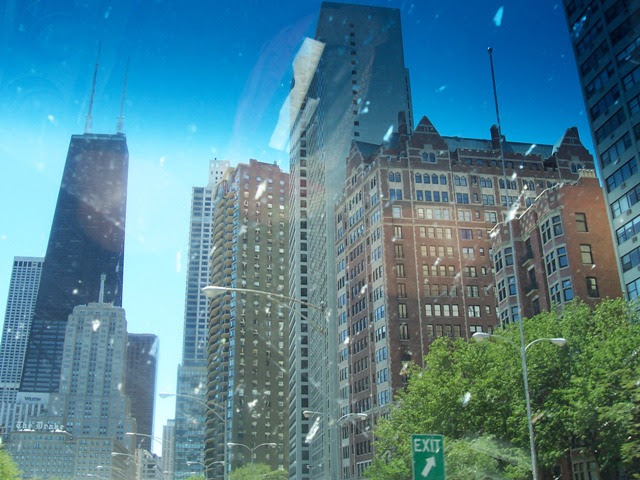 Sears Tower with the Gold Coast on the right 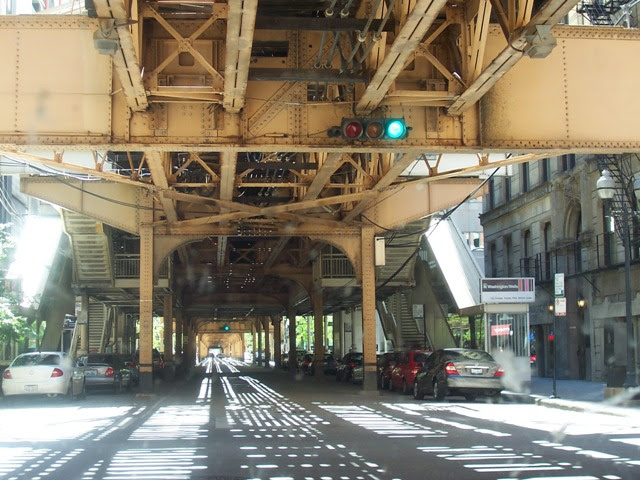 The El or elevated train). I took The El twice; from State/Lake to Howard (Rogers Park) on the red line and from Howard to The Loop on the purple line. 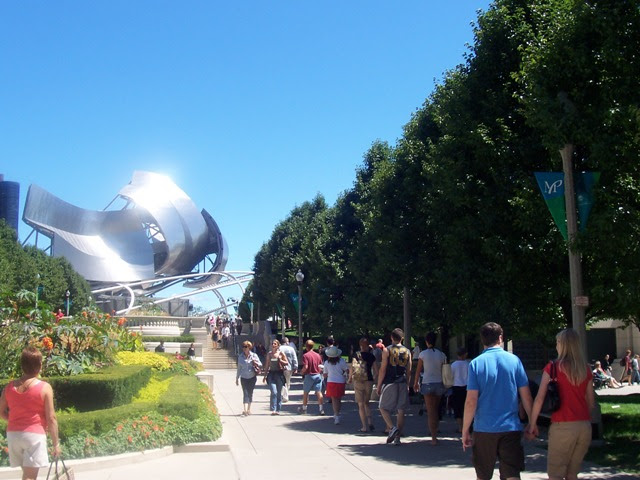 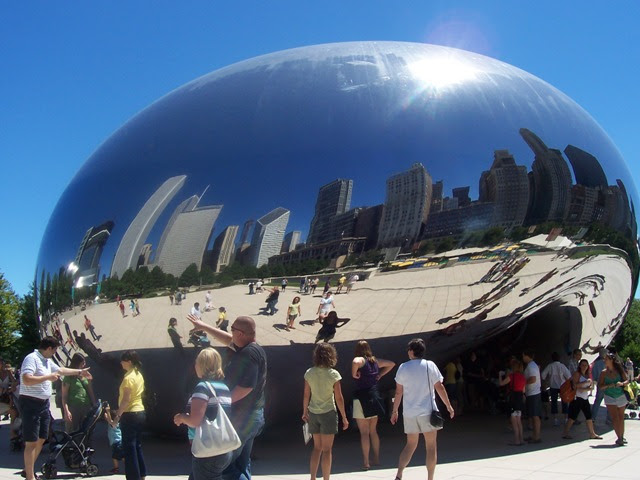 Skyline view via the Cloud Gate 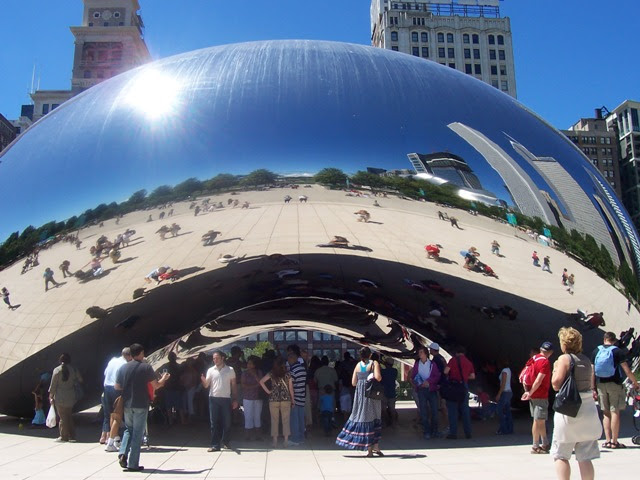 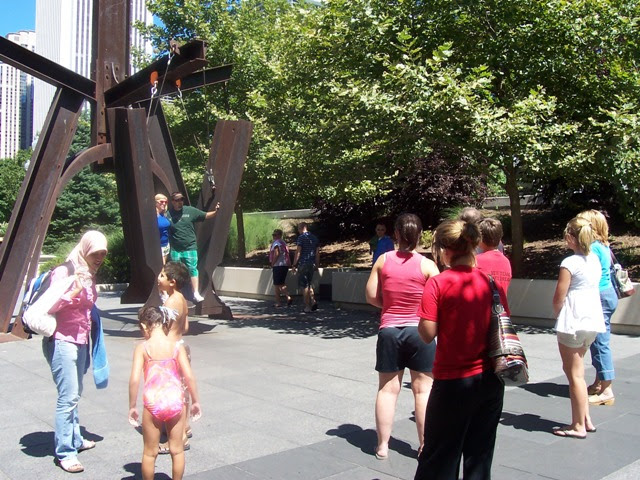 Shang sculpture by di Suervo. Notice the interaction with the piece. According to a description on a park sign, the artist “encourages visitors to walk through, on and around his sculpture.” 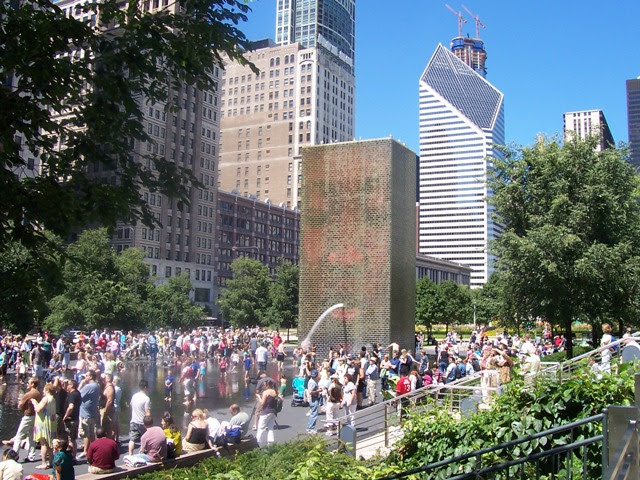 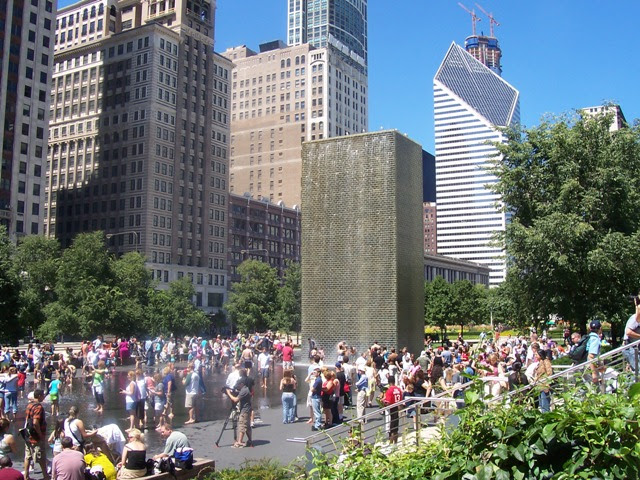 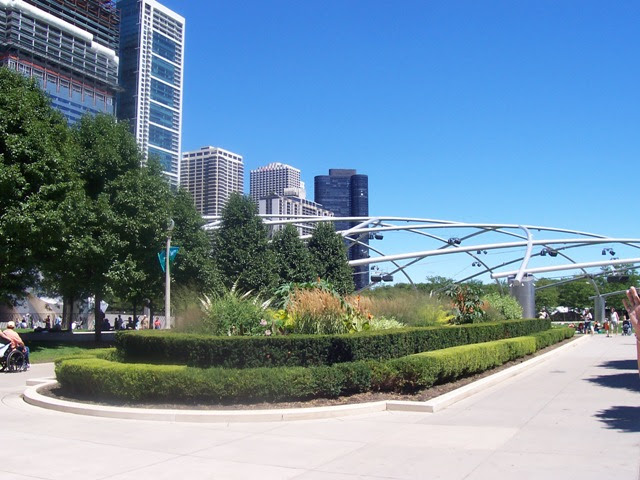 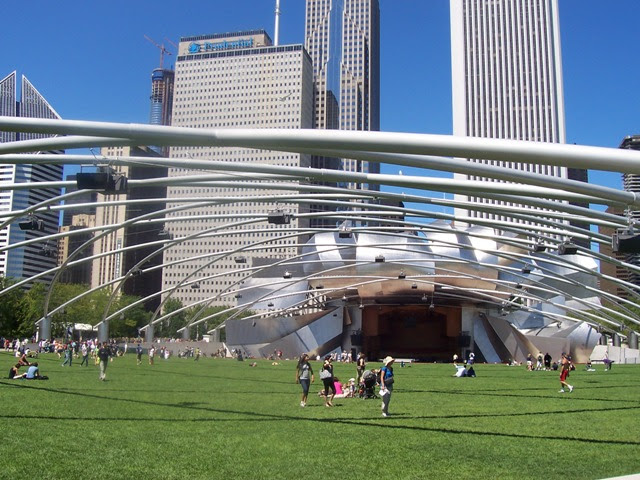 From the Great Lawn towards Pritzker Pavilion 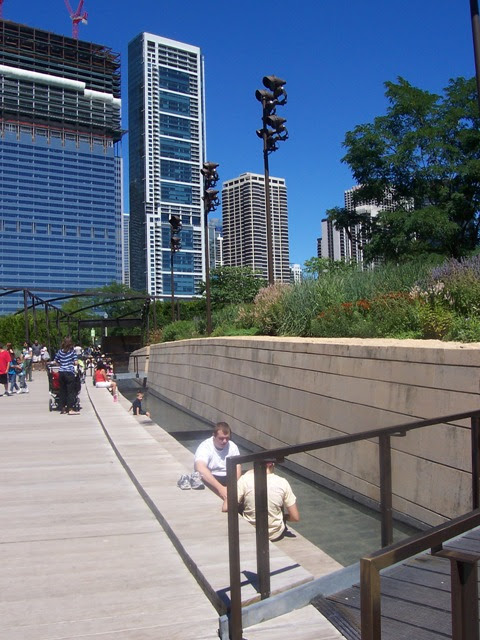 Another way to experience water at Millennium Park is in Lurie Garden. Chicago is known for its unbearably hot summers. The devastating heat wave of 1995 is chronicled by Eric Klinenberg in "Heat Wave." 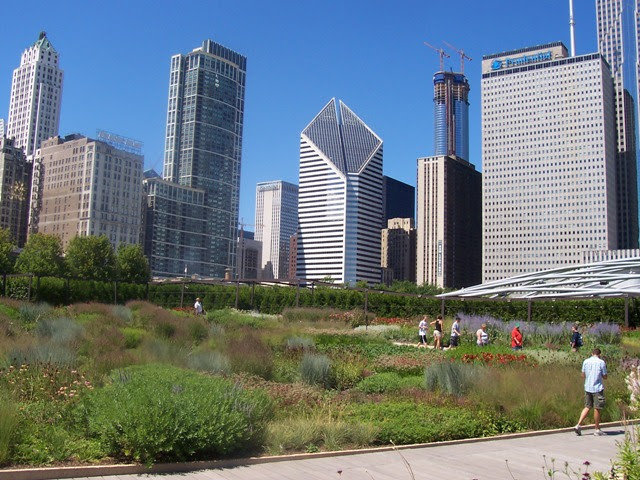 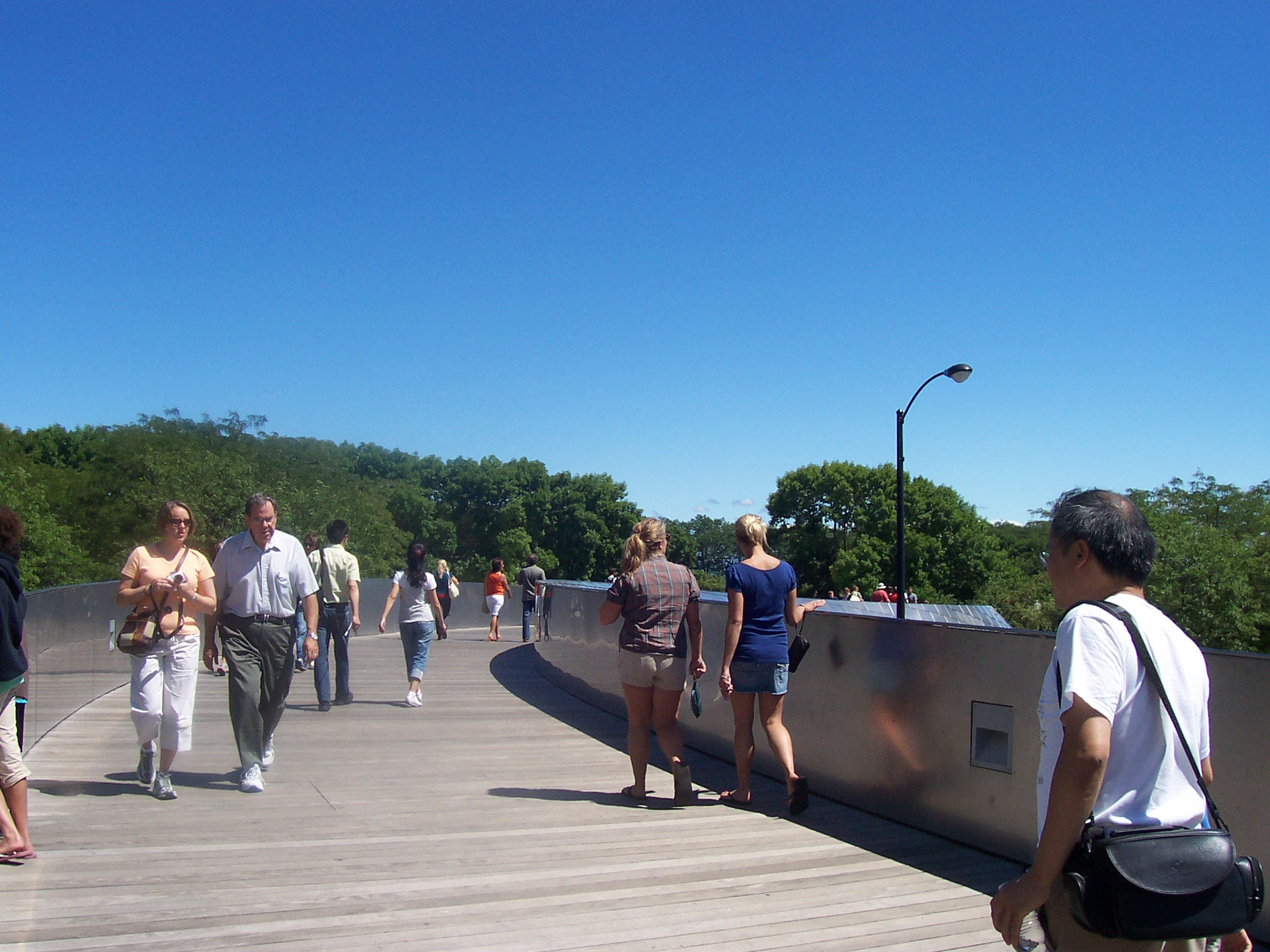 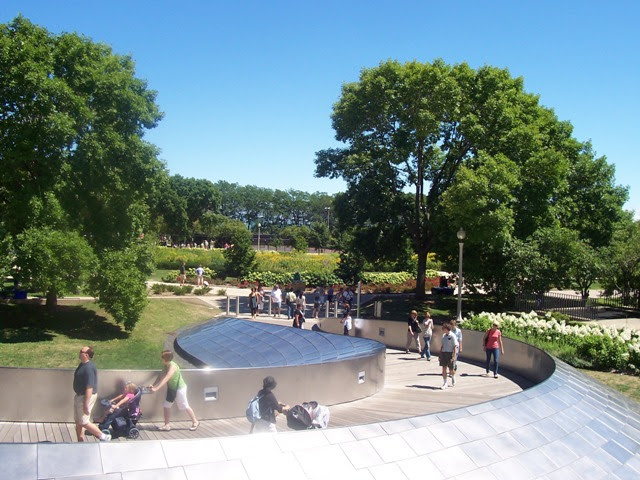 Going across the bridge to Grant Park 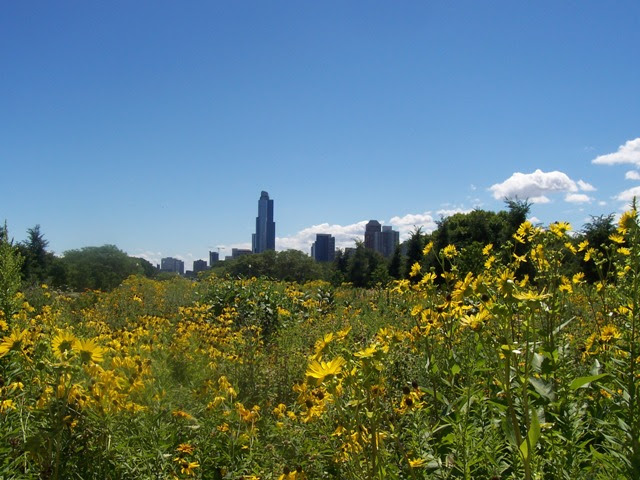 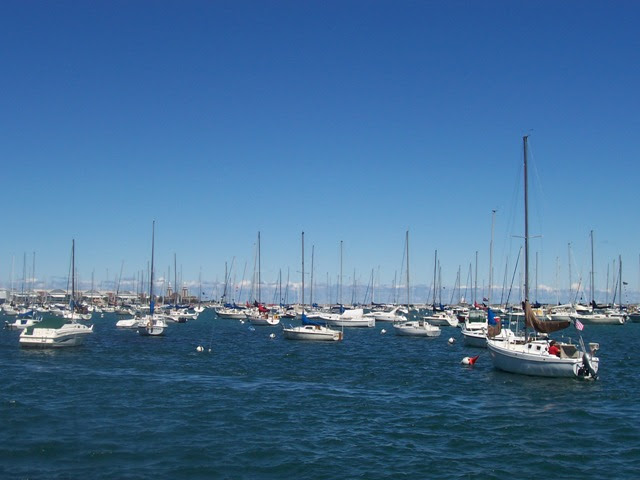 Although downtown is separated from the lake by six lanes of traffic, the predominant sounds on the lakeshore path are those of waves, boats, geese, and human voices. There is a berm between the road and the lake planted with, in some sections, at least three rows of trees. 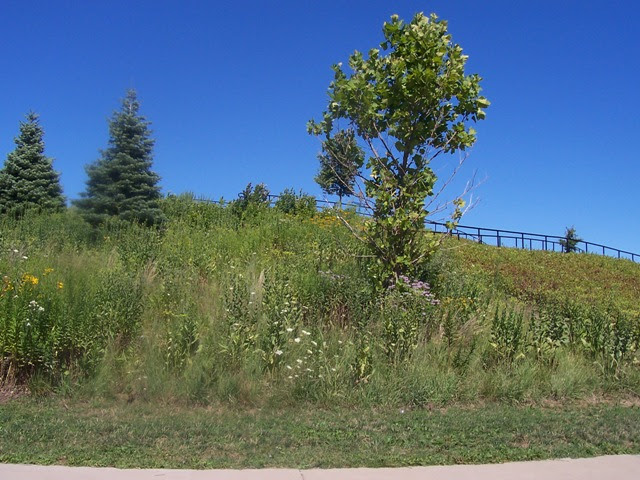 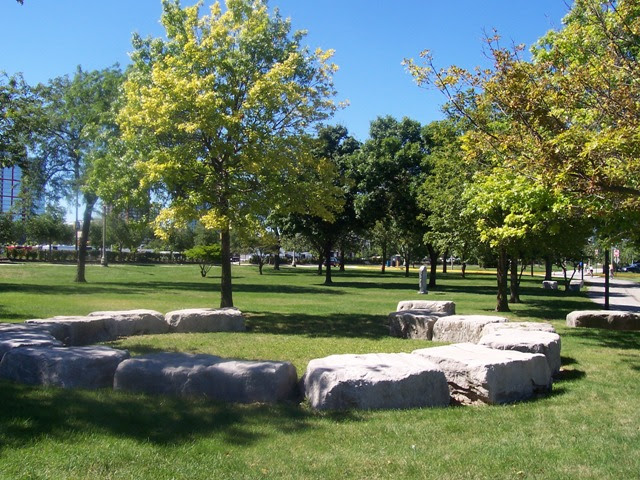 A memorial to fire, police, and paramedics, the sculpture reminds of Jens Jensen’s council rings. 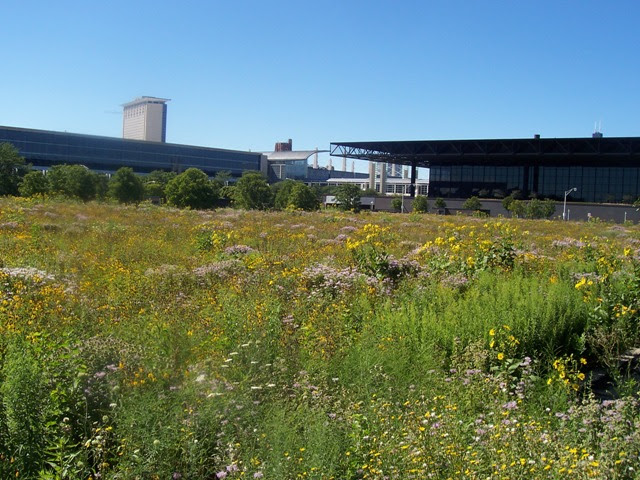 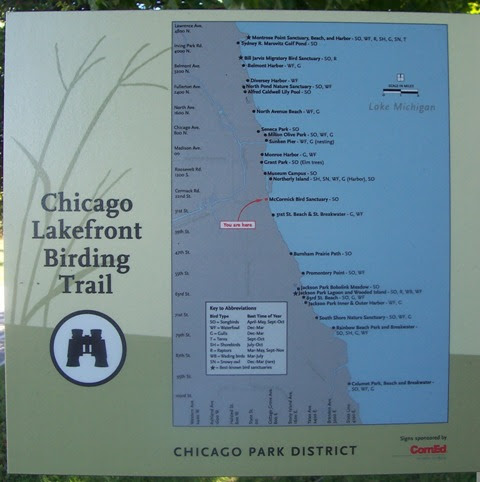 There are numerous bird sanctuaries along the shoreline. The McCormick Sanctuary is marked with a red dot. 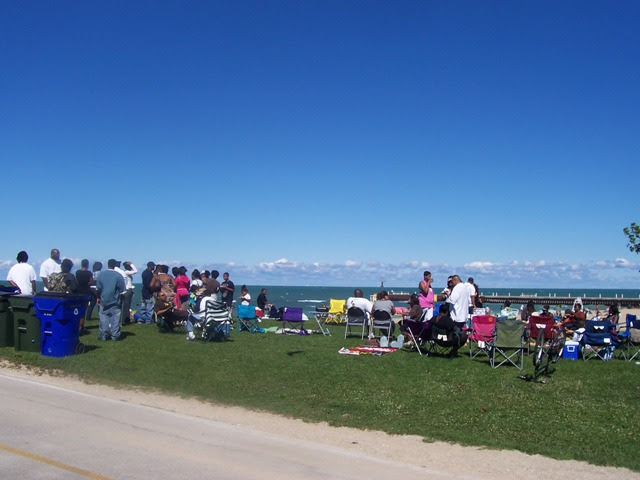 I observed several large picnics along the lakeshore path. This group was picnicking in North Burnham Park. 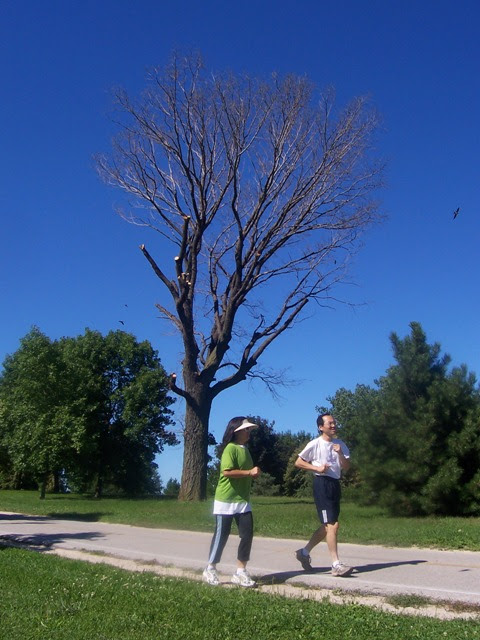 My walk ended at Wooded Island and its surrounds. I was unable to stroll down the Midway Plaisance or enter the Museum of Science and Industry, both of which were built for the World Columbian Exposition of 1893. Nor did I visit Washington Park. More reasons to visit Chicago again. The landscape designs for the exposition were completed by Frederick Law Olmsted. 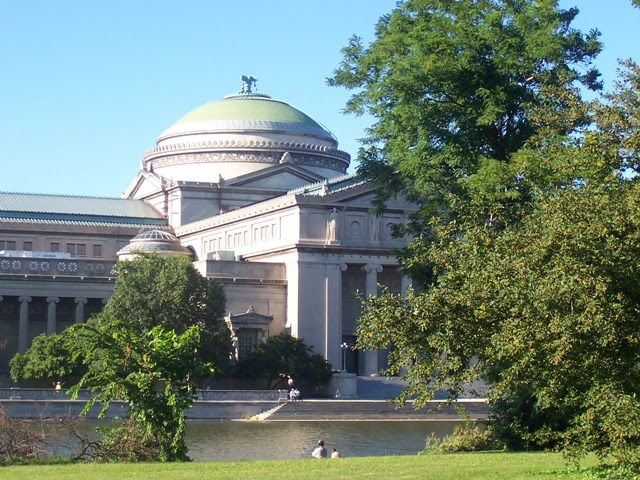 Rear facade of the Museum of Science and Industry, facing the Wooded Island and lagoons 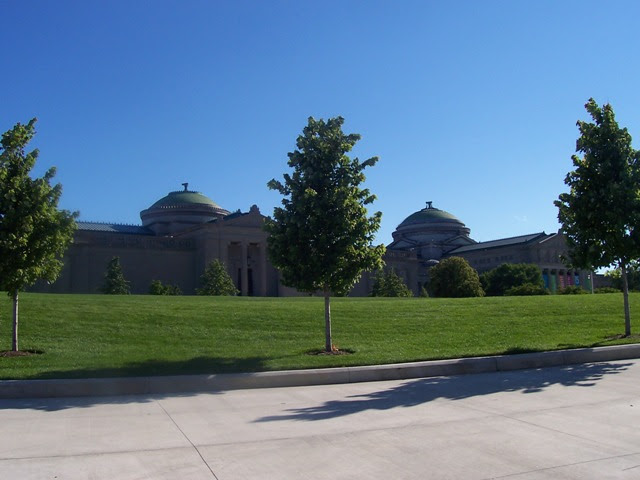 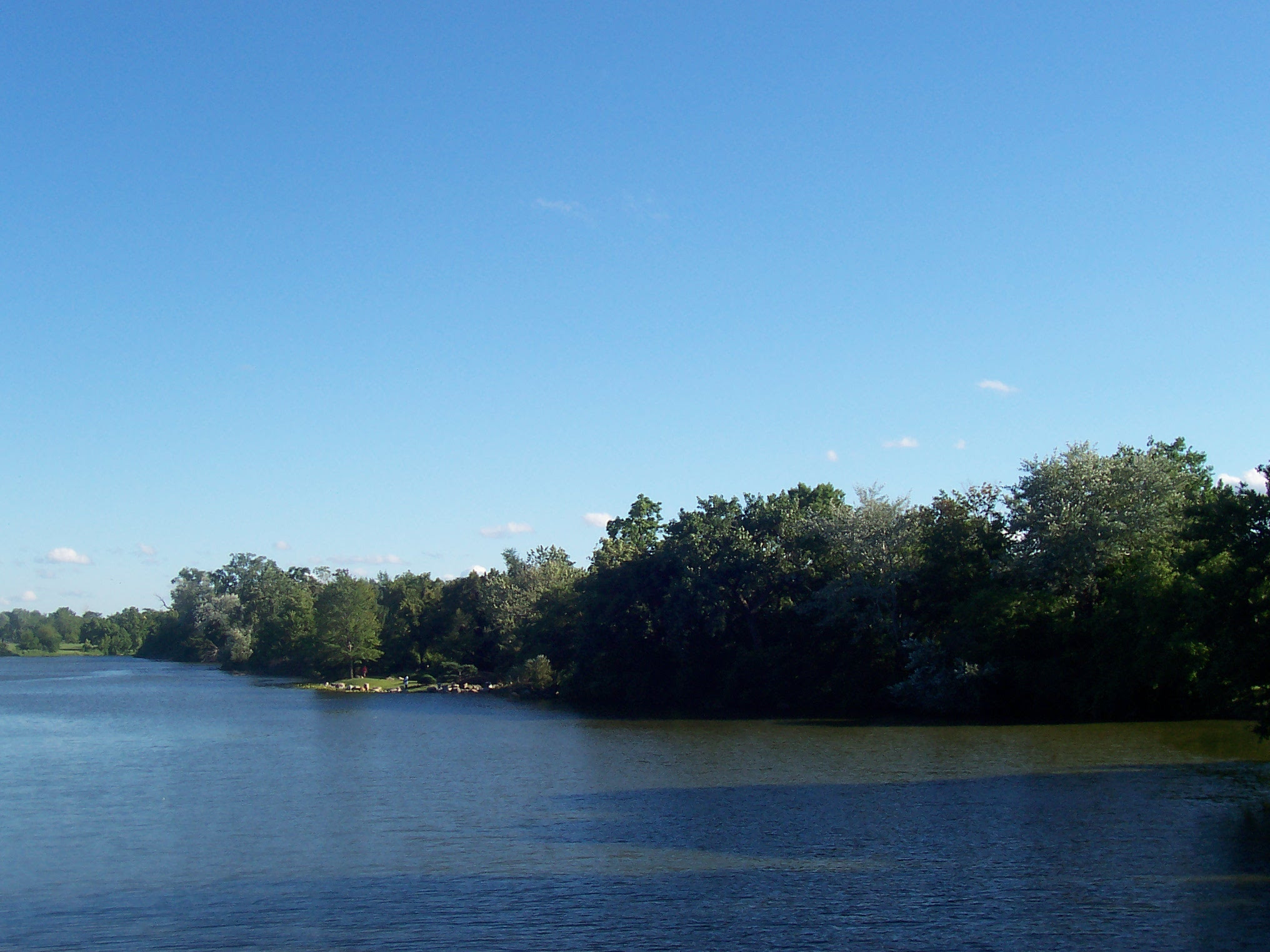 Wooded Island with the eastern lagoon on the left 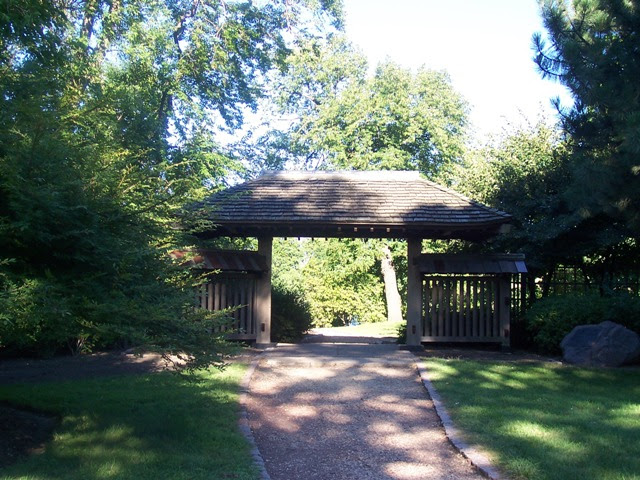 Japanese Garden and Ho-o Den Palace on Wooded Island was built in 1893 for the World’s Fair. A tea house was added after the exposition but a fire destroyed the garden at the start of World War II. The garden and pavilion were reconstructed in 1981 along with other features like an arched moon bridge and a waterfall. 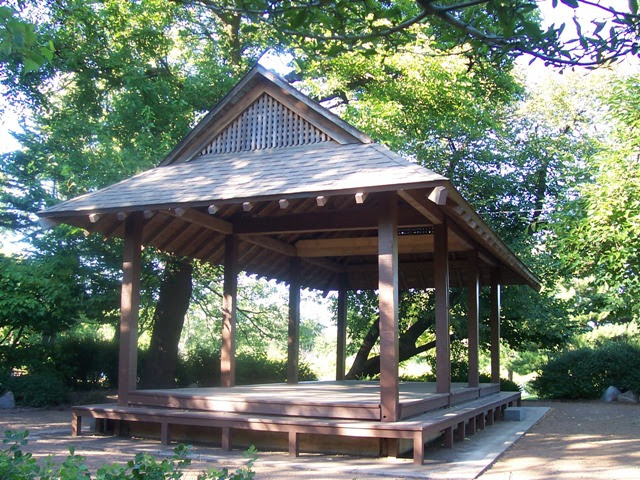 Previous essays in the series: