A professor once said - about finding interesting books in the library - browse around the book you intend to borrow. Following his advice I found "There, There: East San Francisco Bay At Your Feet" by Margot Patterson Doss. (I cannot recall the book I intended to borrow.) At the time her book was published, Doss wrote two walking columns, "San Francisco At Your Feet" and "The Bay Area At Your Feet," for the SF Chronicle. Doss died in 2003. An obituary was printed in the Chronicle dated January 17, 2003.

One of the "There, There" is titled "Continental Ways in Berkeley" which I retraced, in part and in reverse. Doss began at Shattuck and Cedar and ended at 1481 Shattuck. I started at the Bing Wong Laundry and ended at Poulet on Shattuck and Virginia (not mentioned in Doss's walk). 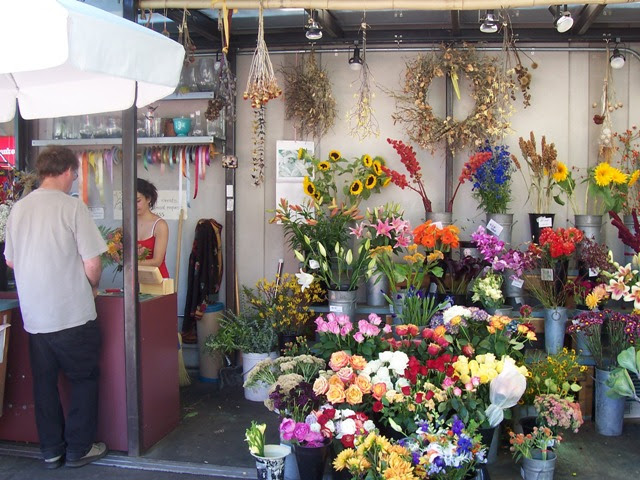 Several of the shops on Doss's route are no longer in business. Pig by the Tail Charcuterie. Berkeley Fish Company. Birkenstock Shoe Store. On Edge Trimmings. Northside Tennis Shop. Bike Shop. Honeybear Toys. Payless Cleaner. The Green Growcery (a clever name!). The Co-Op which included a hardware store and a nursery. While the offerings are presumably not as extensive as at the former Co-Op nursery, Emilia's Flower Stand sells cut flowers and adds punches of color to the drab Bank of America building facade. 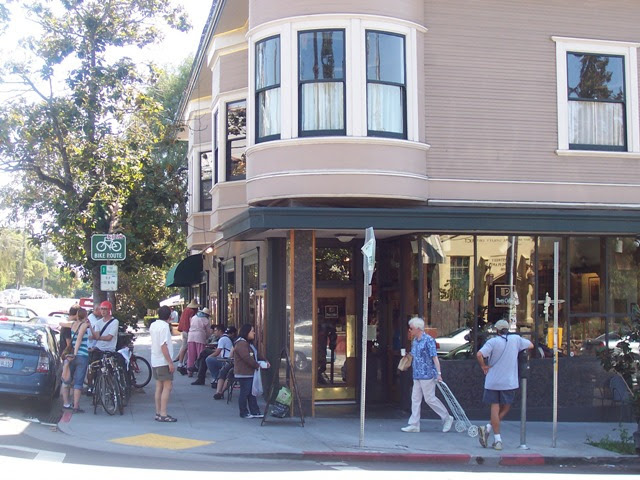 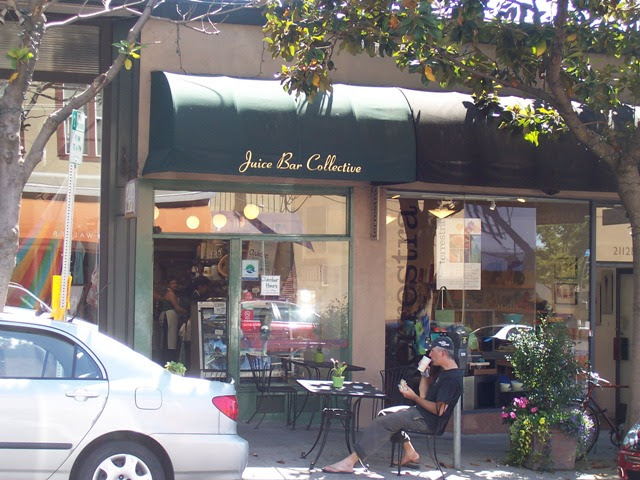 Aura Antiques (as Aura Jewelers) is still open as are the Juice Bar Collective, Peet's Coffee & Tea (then Peet's Spices), Chez Panisse, The Cheese Board, and the Produce Center (the oranges look so plump). Papyrus used to be in Walnut Square. It was most recently on Shattuck but the storefront is now vacant. For paper needs in Walnut Square go to Twig & Fig. Bite the Cookie is no longer in Walnut Square but you can satisfy your sweet tooth at Love at First Bite cupcakery. Another shop to satisfy a sweet tooth is Masse's Pastries on Shattuck, slightly north of the former Cocolat shop. Doss wrote about Cocolat: "Rum Truffles, the mouse meringue, the Queen of Sheba, and the Chocolate Whiskey Cake can be bought by the slice." No more Rum Truffles, but wines can be purchased at the retrofitted East Bay Municipal Utility District Vine Street Pumping Plant now Vintage Berkeley. 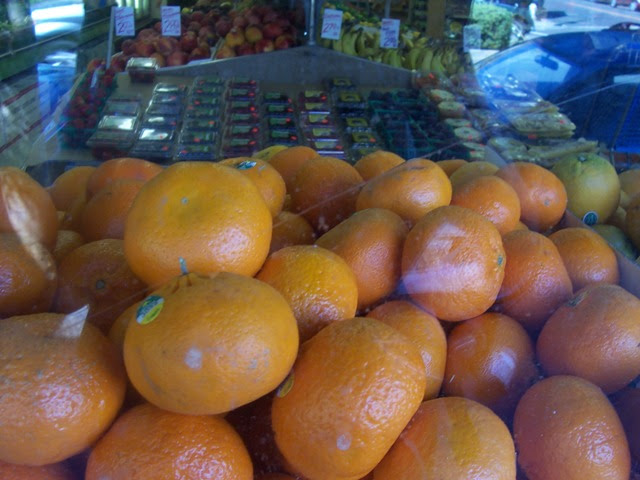