What is green? The Merriam-Webster Dictionary offers ten definitions of the word green. The first definition is related to the color green. The second definition related to composition; for example " a green field" or "a green salad." Green is also defined as youthful, immature (like an unripe fruit, inexperienced, and unseasoned as in "not fully processed or treated." It is means envious, as in the saying "green with envy." The final definition provided by the dictionary is what concerns us:

elating to or being an environmentalist political movement; concerned with or supporting environmentalism; tending to preserve environmental quality (as by being recyclable, biodegradable, or nonpolluting) [our emphasis] 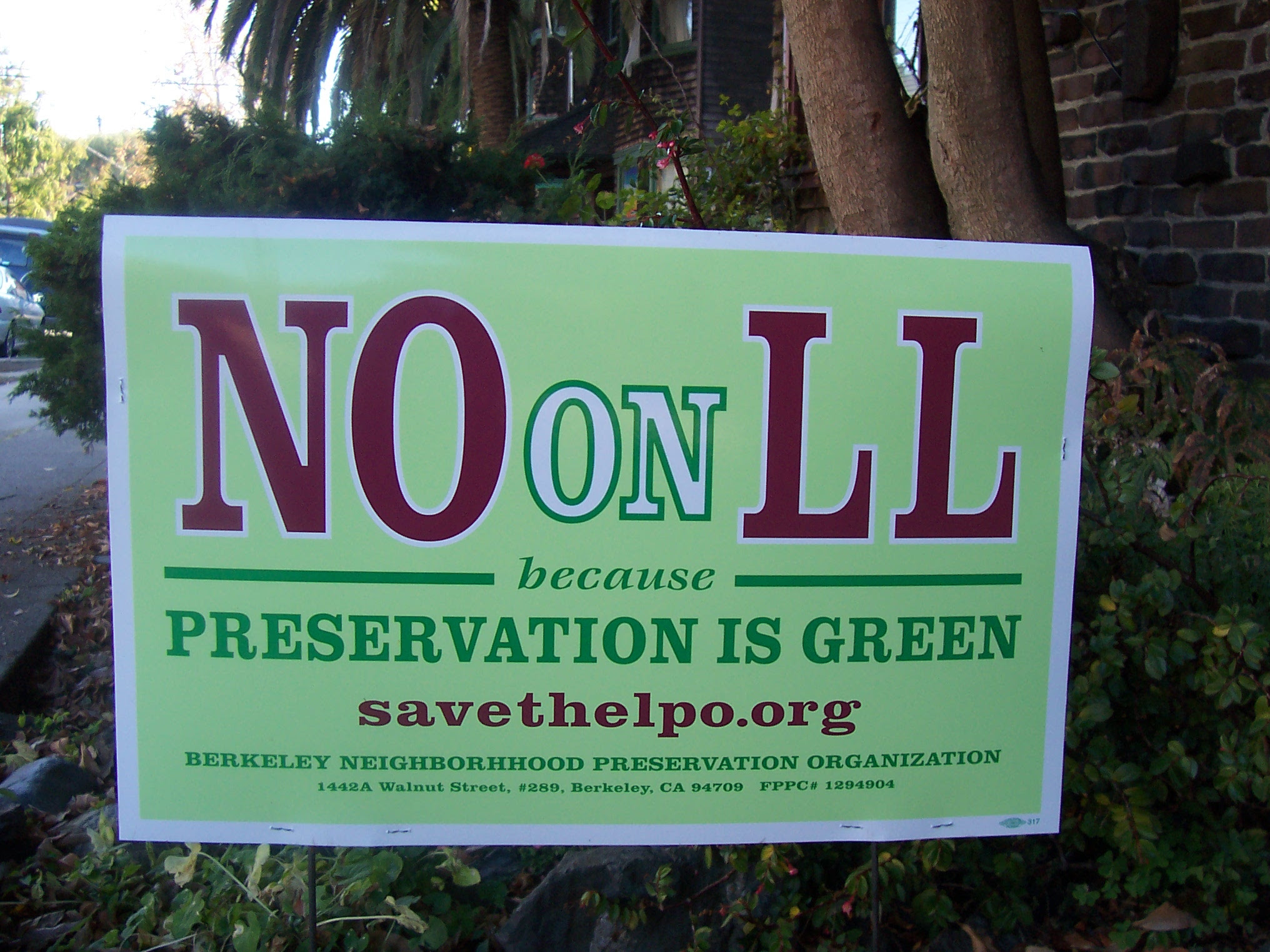 Measure LL is a local Berkeley measure on the November 4, 2008 ballot regarding the city's landmark preservation ordinance. League of Women Voters, Landmarks Preservation Commission, and Berkeley City Council are proponents of Yes on LL while the Berkeley Neighborhood Preservation Organization advocates No on LL. The former group argues that a yes vote on LL will bring the city into compliance with state law by updating the 1974 version of the Landscape Preservation Ordinance. {The Berkeley Neighborhood Preservation Organization (BNPO) argues that updates to the ordinance will make it easier for developers to demolish traditional neighborhood housing stock and to build mid- and high-rise buildings in their stead.} The BNPO argues that "Preservation is Green. It saves the environment, neighborhoods, affordable housing, and community resources." The group highlights the role of building re-use in fighting climate change and reducing landfill waste.