On November 19, 2008, the findings of the “Stormwater Management with trees and structural soils” research project were released. The explicit goal of the project was to manage stormwater in urban areas. The team developed a stormwater best management practice (BMP) that incorporated the rainfall interception function of trees, the tree development and pavement support qualities of structural soil, and the infiltration and drainage qualities of subsoil (Day and Dickinson 2008).

The lead scientists on the team are Susan D. Day of the Urban Forestry and Urban Horticulture programs at Virginia Tech, Nina Bassuk of the Urban Horticulture Institute at Cornell University, and Qingfu Xiao of the Department of Land and Water Resources at the University of California at Davis. The project was partly funded by the USDA Forest Service Urban & Community Forestry Program. 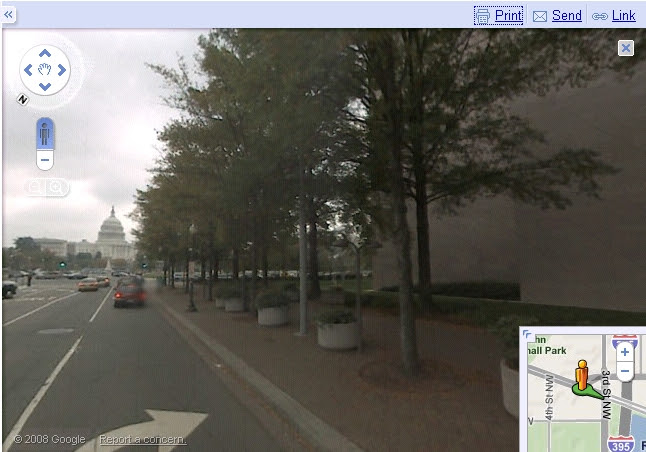 As Day and Dickinson acknowledge in the report, structural soil has been in existence since the mid-1990s, with the development of CU-Soil by Nina Bassuk of Cornell University. Structural soil directly addresses the need for expanded soil volumes for the street tree growth and longevity. The most famous example of the role of expanded soil volume in vigorous tree growth is the double allee of willow oaks on Pennsylvania Avenue in Washington, D.C. The trees in traditional tree pits are smaller in height in and in width than the trees growing in the lawn. The ability to meet engineering load-bearing standards under sidewalks, parking lots, plazas, and wherever it is installed, was critical in the use of structural soil in urban projects. With a 95 percent load-bearing capacity, CU-Soil still allows root penetration and growth, whereas other structural soils, like "Amsterdam tree soil," which is sand-based, achieves a bearing capacity of 85 percent - 90 percent. 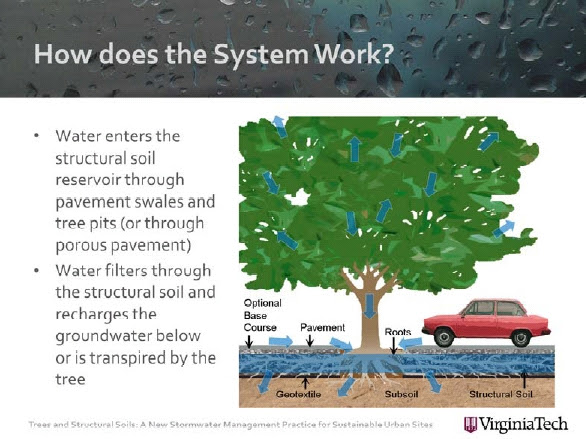 The Day et al. research explicitly highlights the role of structural soil in ecosystem services, specifically urban stormwater management. was not made explicit, until now.There are three demonstration sites: Blacksburg, VA; Ithaca, NY; and Davis, CA, the sites of the participating universities. Let's bring this BMP to rainy Berkeley!