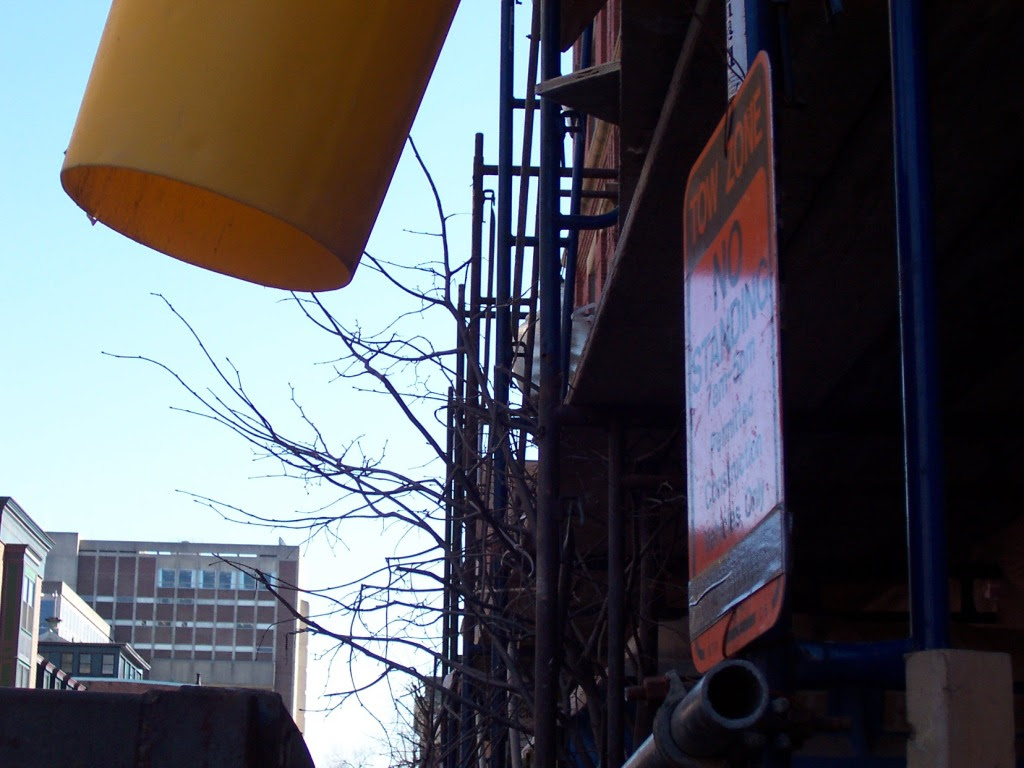 Infrastructure, in the wrong place, can decrease tree vitality and shorten tree life. Most of us are aware of the negative impacts of sidewalk and road construction on existing street trees. This might be more of an issue in northeastern and mid-western states. In my tenure in Berkeley, I have noticed that street trees fare better post-construction here than they do in Boston, for example. Of course, the full impact of construction damage is often not apparent until several years after the work is completed. The "Arborists' Certification Study Guide" outlines five ways in which trees can be damaged by construction: (1) physical injury to trunk and crown; (2) cutting of roots; (3) soil compaction; (4) smothering of roots by adding soil; and (5) exposure to the elements. 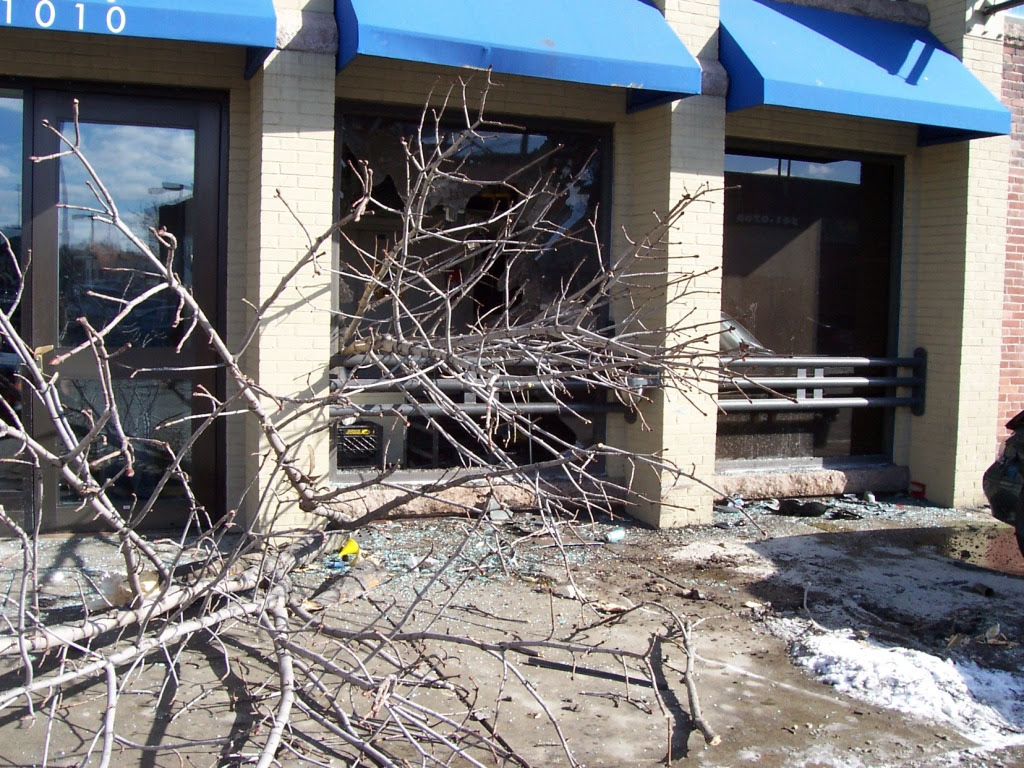 In his 2003 book "The Republic of Shade: New England and the American Elm," Tom Campanella describes several infrastructure changes in New England that had sore consequences for elms.

More than anything, it was the widening of streets to accommodate increasing traffic that brought about the downfall of countless Yankee elms....Other, more subtle changes steadily altered the ecology of the street--making life increasingly difficult for its trees. Water mains were built or expanded and sewer mains installed. Both frequently required the regrading of streets, a process that often smothered the roots of adjacent trees or required outright removal....Competing gas companies would often install their own mains, causing repeated excavation of the street. This almost always resulted in severe damage to the root systems of adjacent elms, and commonly killed them outright....Elms and utility companies began competing for space along the street--a struggle that would worsen as the trees aged and the power grid expanded. More affluent municipalities placed much of this wire underground by 19000, but on the typical New England street elm trees and wires became entangled--usually to the detriment of the trees (141-143). 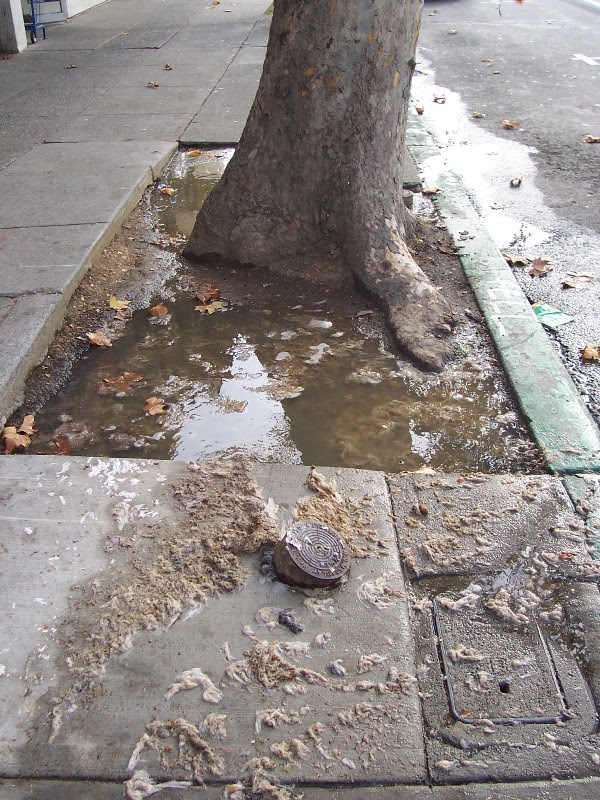 During a walk along Telegraph this week I observed a tree well full of water. On further investigation, I realized that a sewer cover in the sidewalk, slightly north of the tree, was dislodged and sewage had flowed unto the sidewalk and into the tree well. Update, Dec. 9, 2008: The spill has been cleaned up. 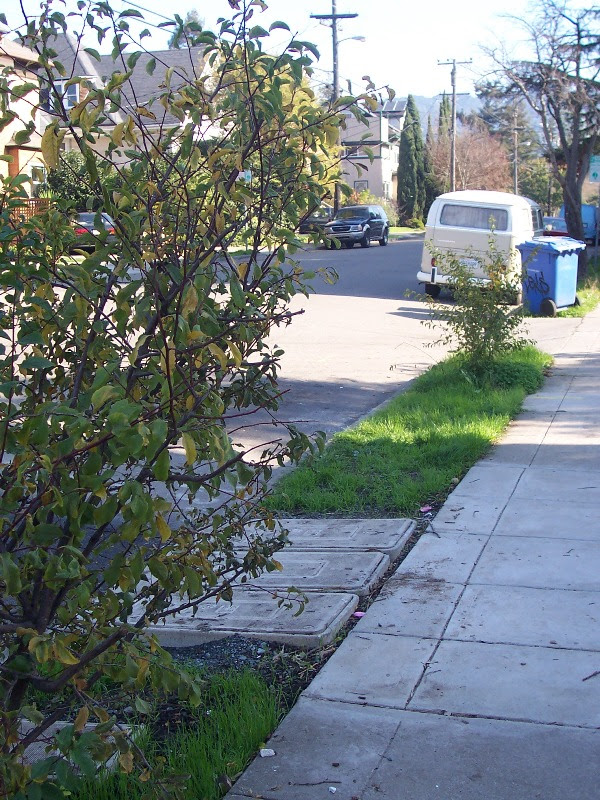 The three-storey remodel on Parker near Shattuck is complete. Unfortunately, the remodel has extended into the parkway in the form of three water meters (approximate total length = 3.5 feet). The addition of the meters to the parkway severely limits planting space, especially space for root growth. The water is for private use, so perhaps the meters should have been located on private property. 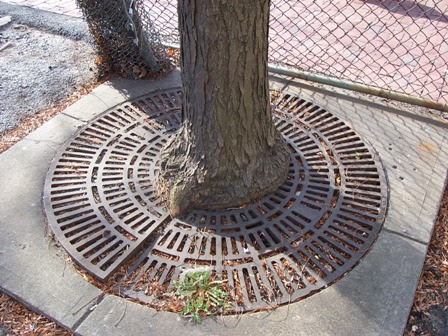 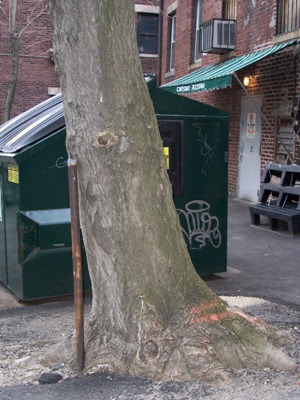 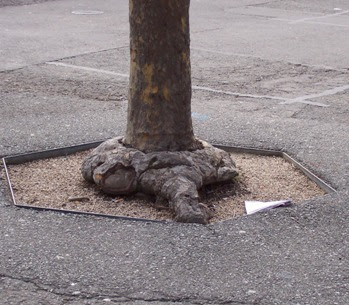 A grate was left in place too long. 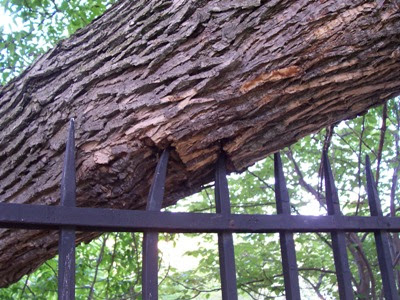 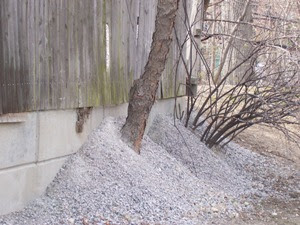 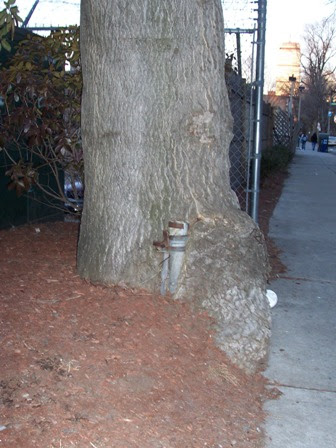 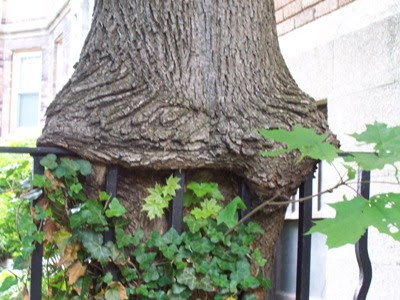