Coles Brook and other Bests Of New Jersey 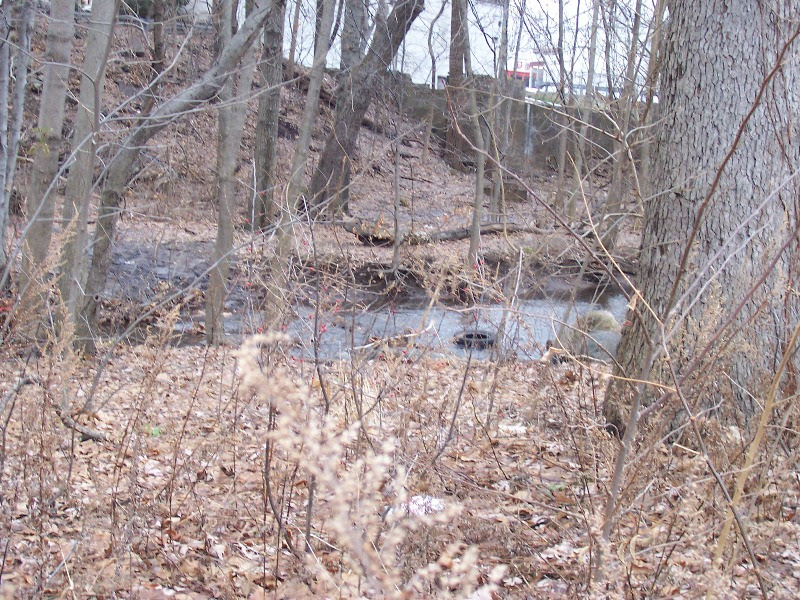 Local ecology nominates Coles Brook, despite the tire in the middle of brook (center of the photograph), as one of the Best Of New Jersey. The brook runs through the Fairmount neighborhood of Hackensack and is flanked by a municipal park, single family houses, and stores along Route 4. Animals observed at the brook include four mallards, one calico cat, and four black cats. Perennial wildflowers along the stream bank, in the foreground of the photograph, were planted by Hackensack Riverkeeper.The remaining Bests Of New Jersey, in no particular order, were taken from several 2008 issues of New Jersey Monthly.

Willow School in Gladstone achieved gold certification via LEED in 2003. It is "the first private-school building in the country (and second overall) to earn" the gold designation. Some of its gold-standard features are a 85% recycled stainless steel roof that directs rainwater to a 100% recycled, 57,000 gallon plastic storage tank; 70,000 species of drought tolerant, native plants; and waterless urinals that "save about 45,000 gallons of water per year" (NJM, Sept. 2008).

Laura Schenone's article (NJM, Nov. 2008) titled "Farming the Front Yard" in Montclair reminded us that Maplewood, New Jersey hosts the third edible estates prototype, established in 2007. By the way, Schenone is a food blogger at Jellypress.

Farming and gardening should be no surprise; New Jersey is the Garden State. According to Schenone, again, between 2002 and 2008, farmers' markets have doubled in number, from 50 to more than 100 (NJM, Oct. 2008). Farmers' markets can be found using the Urban Farmers' Markets locator provided by the state Department of Agriculture.

Finally, Barack Obama will be inaugurated as the 44th president on January 20. Roseland flag maker Annin & Company will produce the flags for the event.