Photo du jour: The David Brower Center or "green from the ground up"

Update: I received a very nice email from Amy Tobin, executive director of The David Brower Center. I have included an excerpt from the email below:

As you noted in your blog, the Brower Center truly is green from the ground up! We are on track to be Berkeley's first LEED Platinum-rated building....[The]first two photos on the posting were of our neighbor and partner, Oxford Plaza, a separate building that will provide affordable workforce housing for families and individuals. It is opening around the same time as the David Brower Center.

Oxford Plaza is being developed by Resources for Community Development, a nonprofit affordable housing developer. 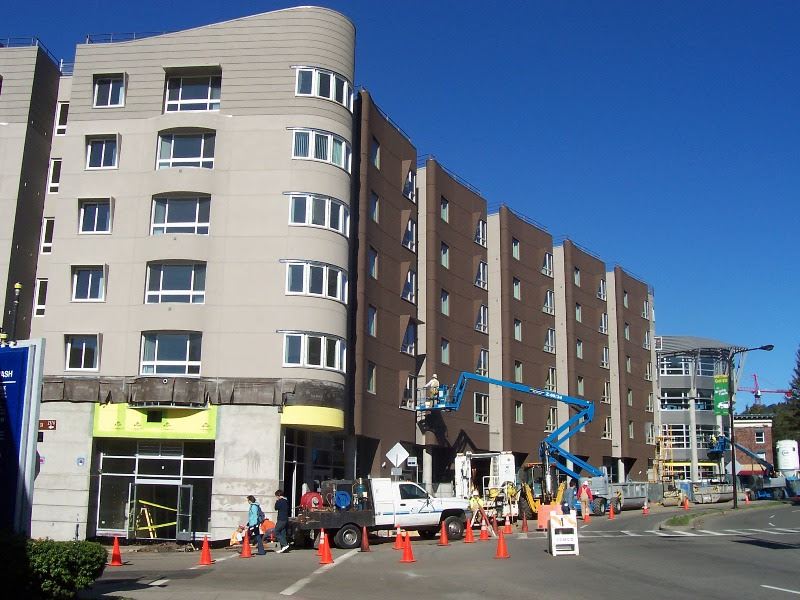 One of Berkeley's newest buildings, The David Brower Center, is named for the well-regarded environmentalist, David Brower. The building is described as "green from the ground up" on the Center's website. Here are some of the building's externally visible green design features: 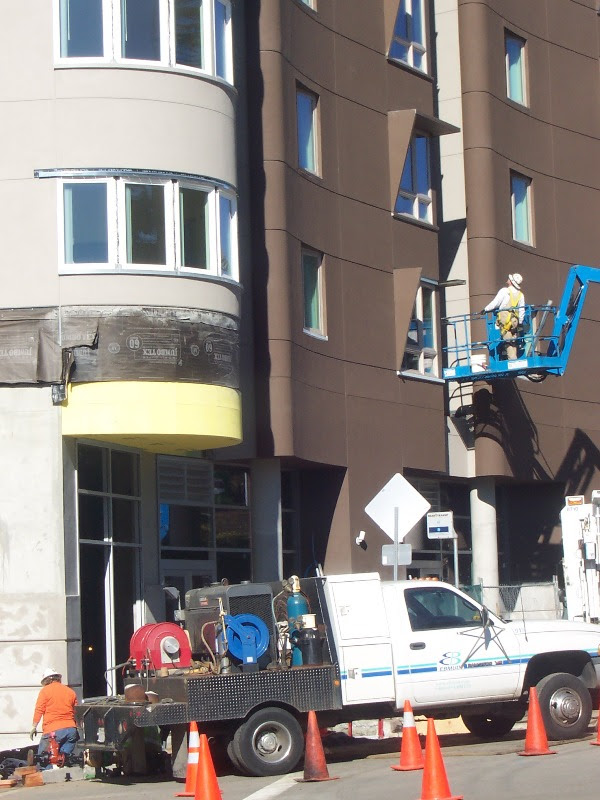 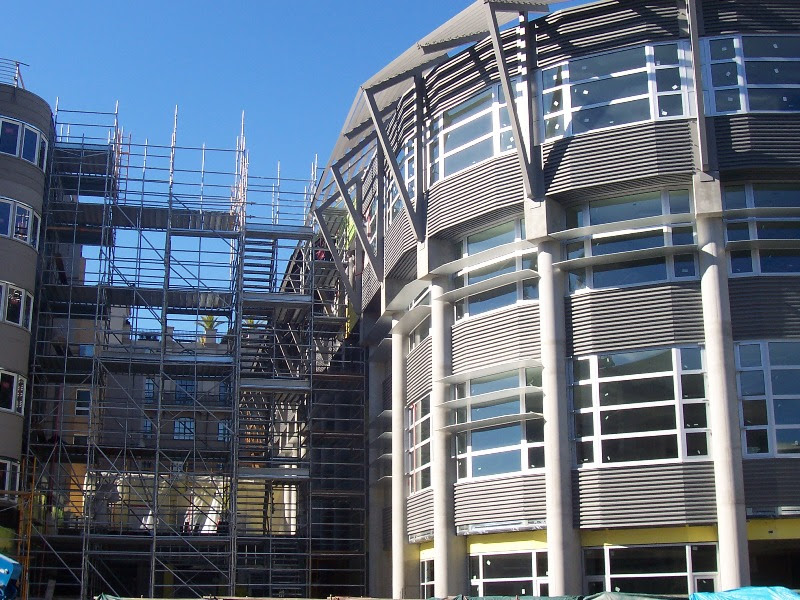 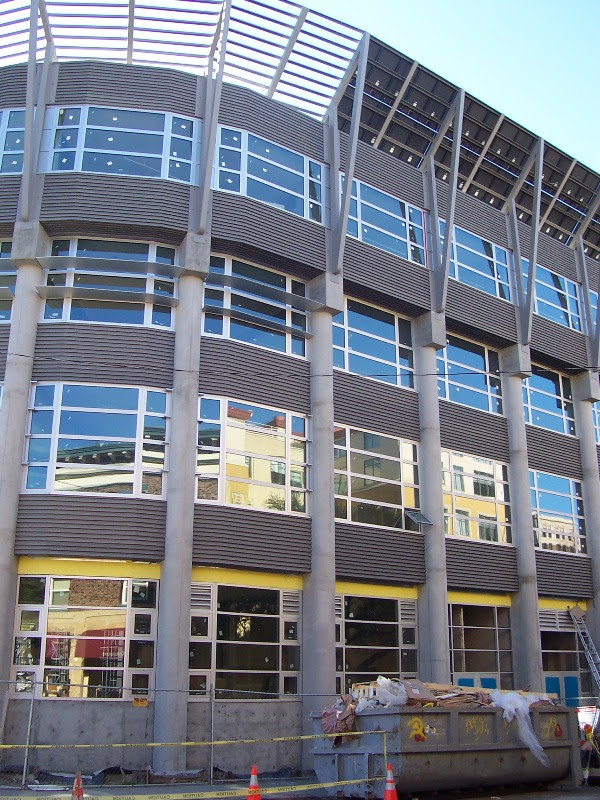 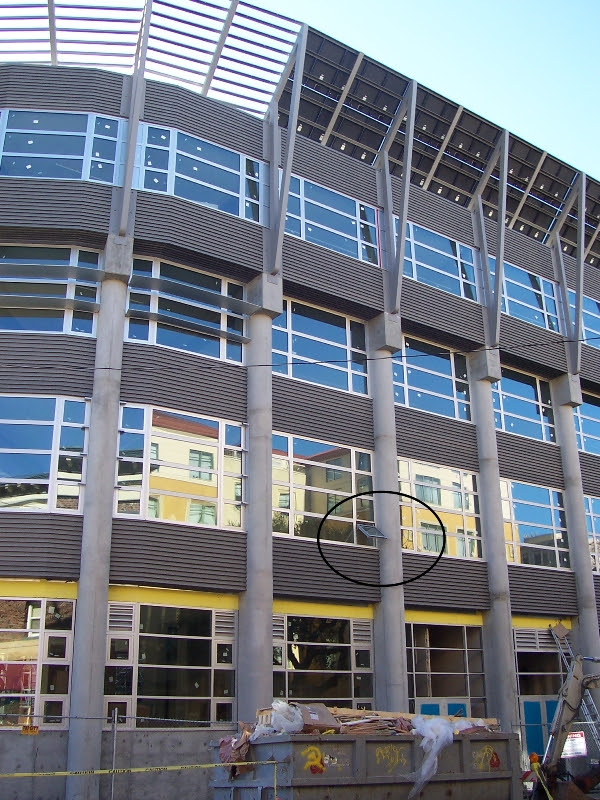 The site used to be a well-used surface parking lot. It is located in the center of downtown and adjacent to the university. The photograph below was taken in October 2008. 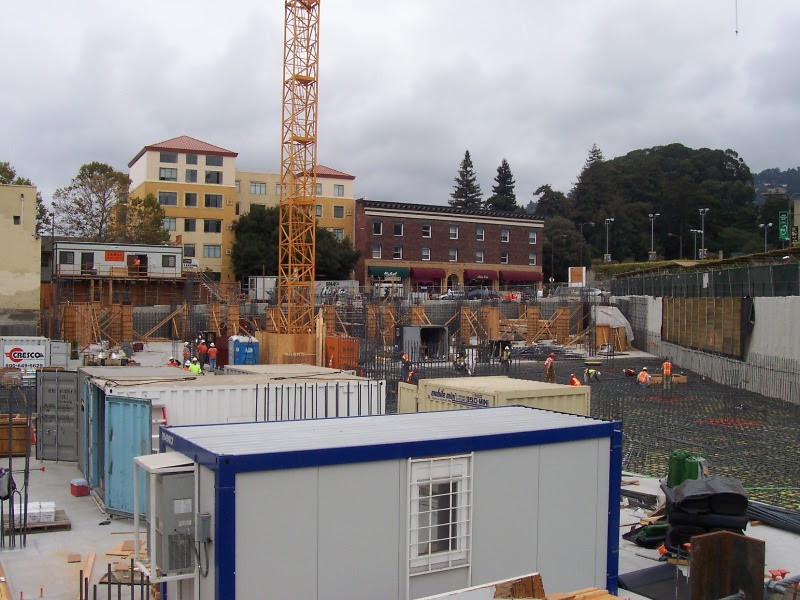 The building is also designed to collect rainwater "for irrigation and toilet flushing" making it a "blue-green building" of sorts.