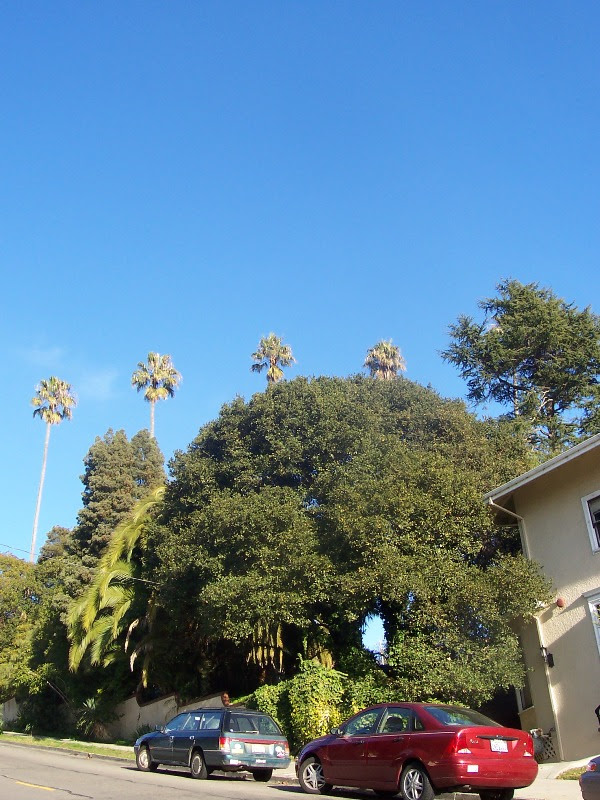 On a sunny Sunday this month, we went on a walk with our Berkeley Path Wanderers Association pathways map. The walk's official start point was Le Conte Avenue at Hearst Avenue. We used LeRoy Steps, Hill Court Steps, and Vine Lane to access Vine Street and Shattuck Avenue. (The paths were designed to provide pedestrian access through the hill neighborhoods of Berkeley.) We had not planned a "sacred to profane" walk. We realized we had taken such a route after observing numerous religious institutions on Le Conte and juxtaposed this district with our destination, one of Berkeley's famous commercial districts, the oddly named "Gourmet Ghetto." (Food is sacred, too.) 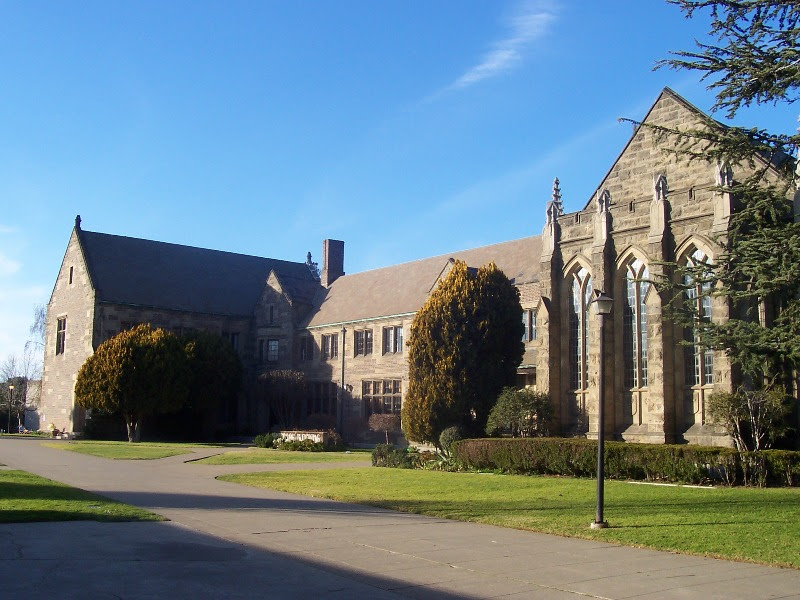 Le Conte Avenue is lined with single- and multi-family residences, owner- and renter-occupied. At and near the peak of the avenue are several theological and religious institutions: The Graduate Theological Union, Pacific School of Religion, School for Deacons, Center for Jewish Studies, Starr King School for Ministry, Jesuit School of Theology, and New Spirit Community Church. 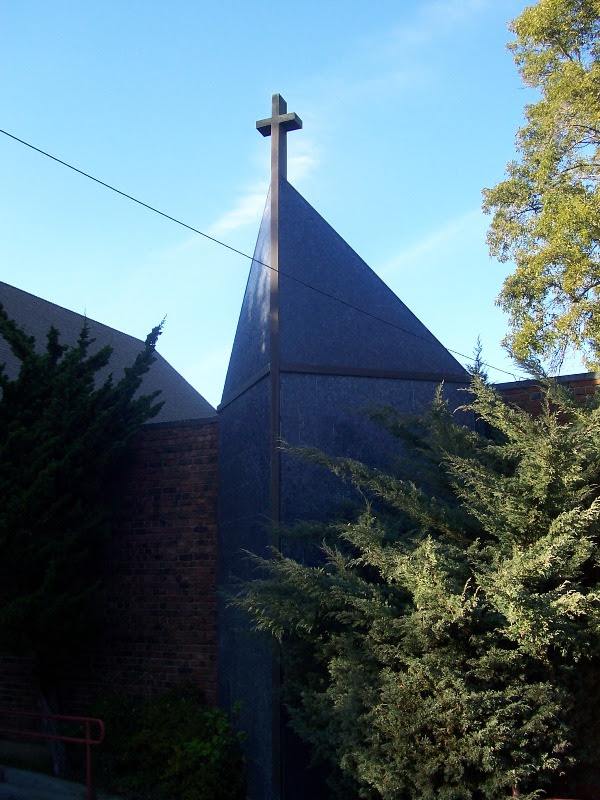 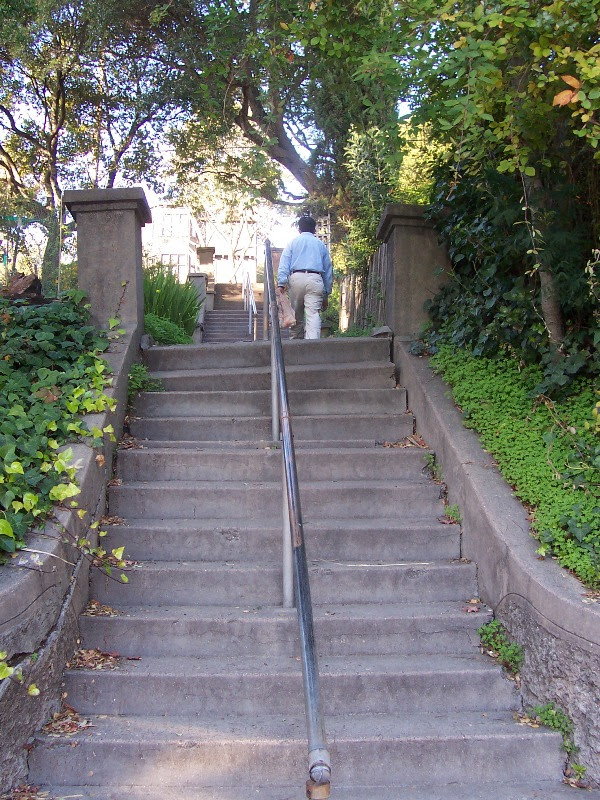 Our intention was to take the La Vereda Path but we got sidetracked and instead, took the LeRoy Steps. We gazed awhile at the landmarked George Jensen House on La Loma Avenue before setting off for Hill Court Steps which we almost missed. The entry to this pathway looks like the entry to a privately-owned side yard. 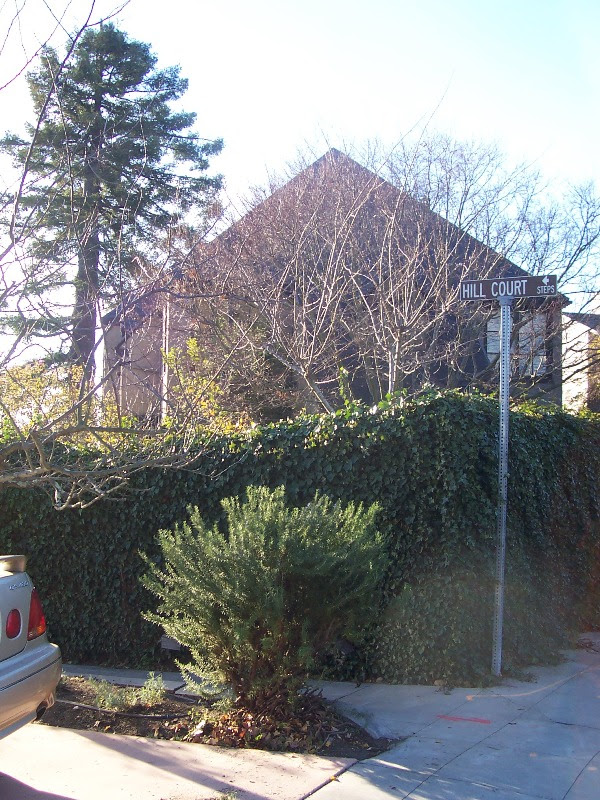 The path is narrow and the steps wind among yards landscaped with edible plants and the view at the other end is breathtaking (not done justice in the photograph below). 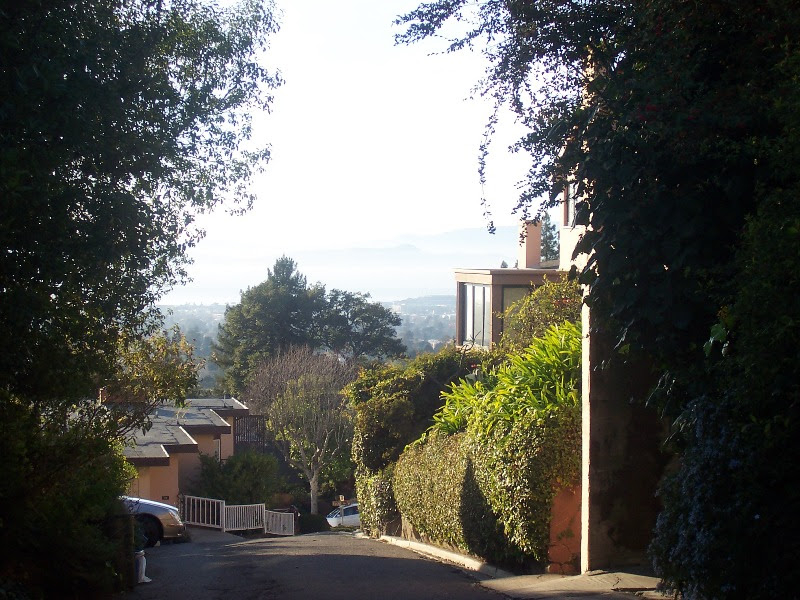 Also beautiful is the entrance to Vine Lane. 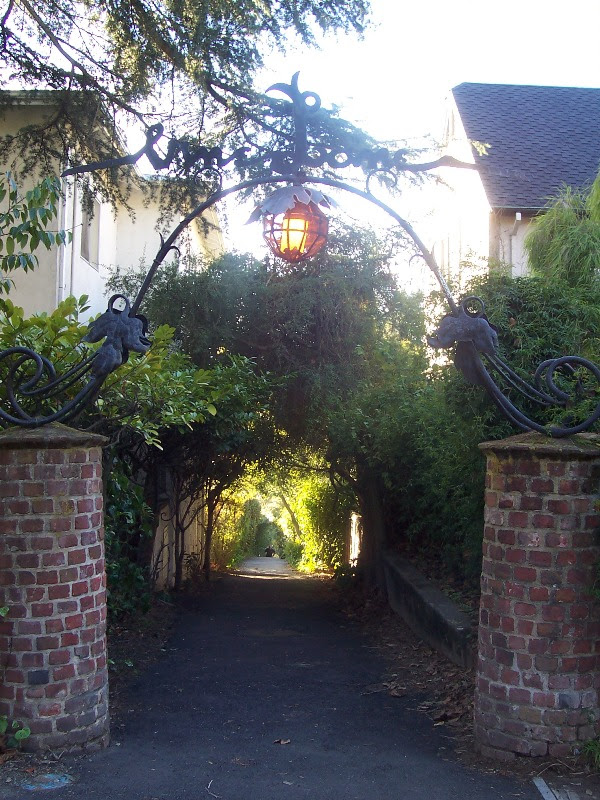 Before we reached Shattuck we passed a Christian Science and a Church of Jesus Christ of Latter Day Saints on Vine. Our walk ended with tapas and refreshments at Cesar.