Daniel Burnham's Plan of Chicago 1909 is 100 years old. (The plan was completed with the assistance of city planner Edward H. Bennett and artist Jules Guerin.) The City of Chicago will celebrate the plan's birthday "with a yearlong festival of exhibitions and public events..." (Paul Golderger, The New Yorker, March 9, 2009). 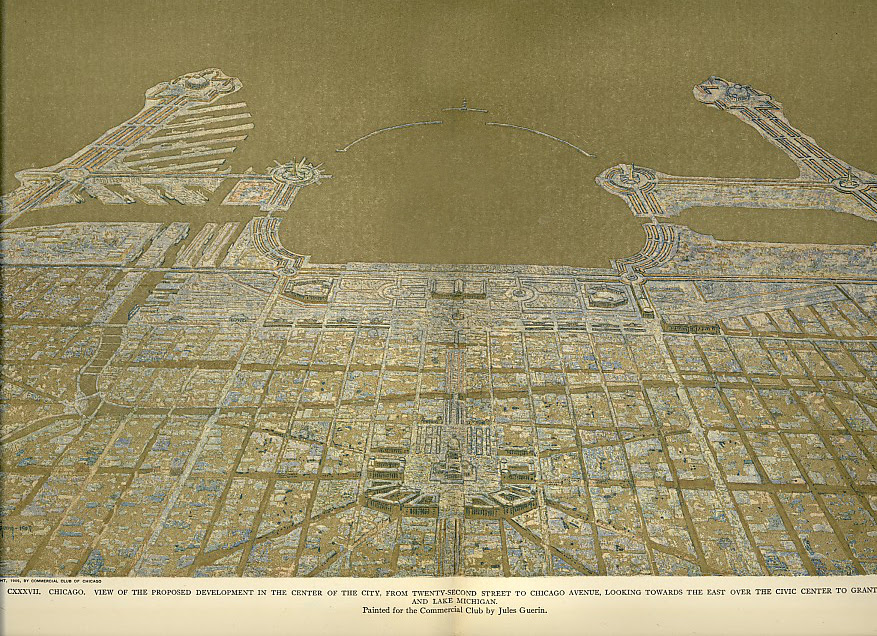 Golderger writes engagingly about Daniel Burnham and "the most effective example of large-scale urban planning America has ever seen." Despite the effectiveness of the plan, Lewis Mumford and Jane Jacobs, almost half a century later, criticized Burnham's plan for its "monumental grandeur" and ignorance of neighborhoods.

In Burnham's defense, Golderberger points to the work of architectural historian Kristen Schaffer who "discovered that Burnham had some remarkable radical social notions" like day-care centers and better housing for the poor, though these parts of the Chicago plan were not implemented. Also, Burnham's public spaces, Golderberger argues, are people-oriented contrary to criticisms by Mumford and Jacobs. Golderberger cites North Michigan Avenue and Navy Pier as examples. 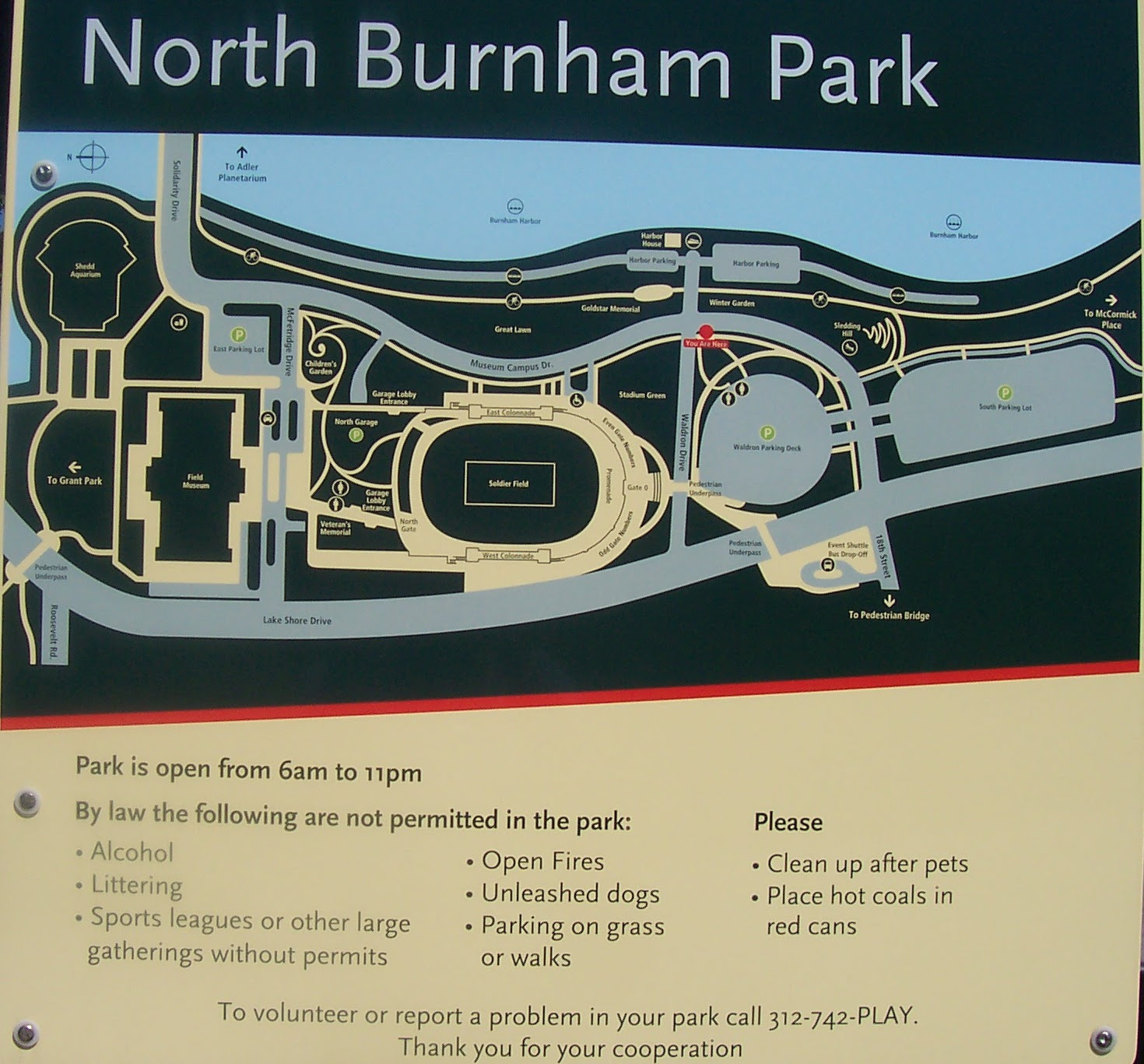 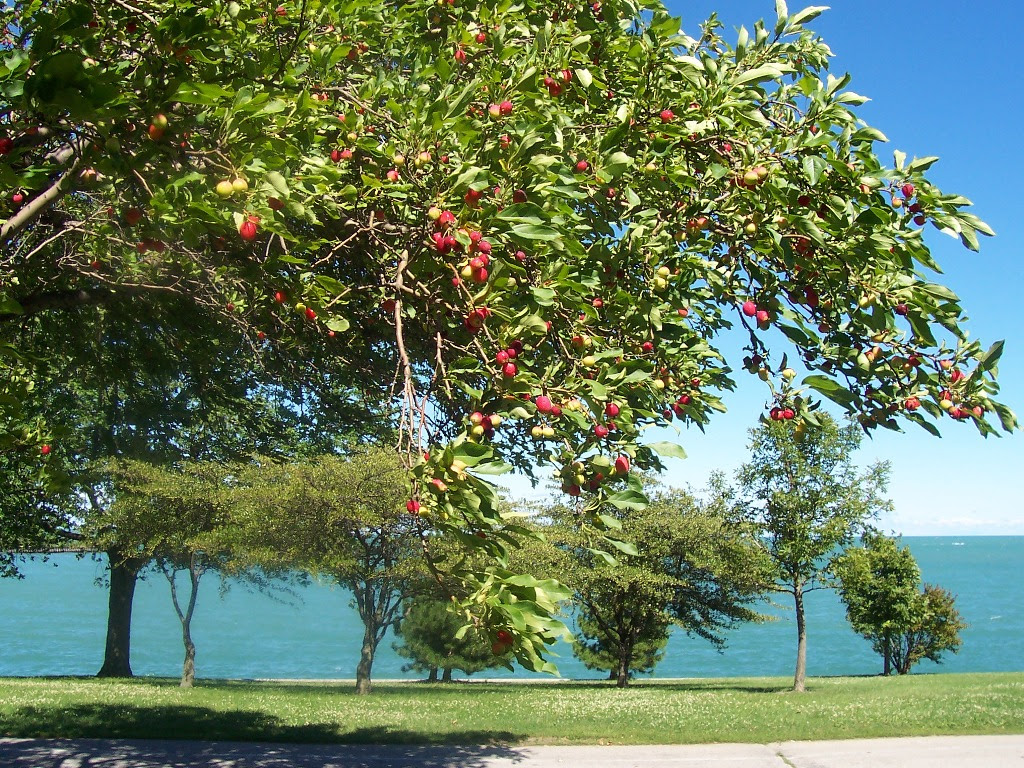 In Chicago last summer, I walked along the waterfront, saw (bustling) Navy Pier from a distance, strolled through North Burnham Park, lingered on the grounds of the Museum of Science and Industry, and gazed over the lagoons around Wooded Island. 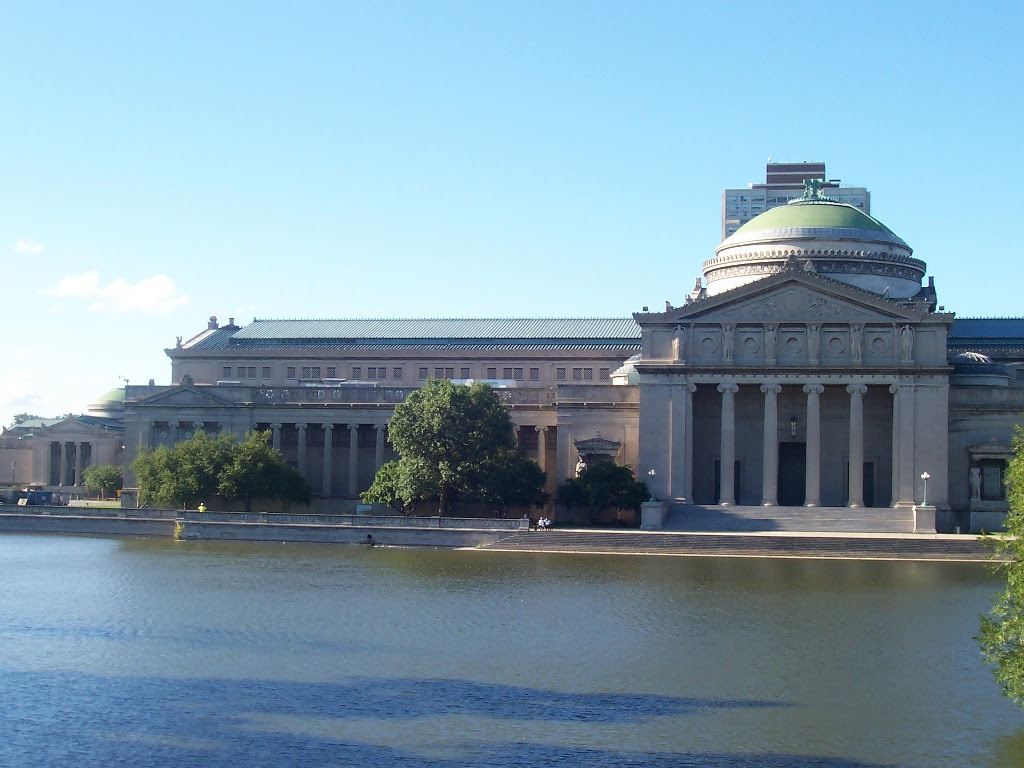 Access to such a lengthy waterfront is refreshing (Golderberger points out that other American cities have "obstructed" their waterfronts with highways and industrial land uses), the parks are variable and well used, and the museums beckon locals and tourists alike. Although Millennium Park was not in the original plan, the view of the city from Lurie Garden underscores the beauty of a plan like Burnham's, which continues to influence this Urbs in Horto or City in a Garden. 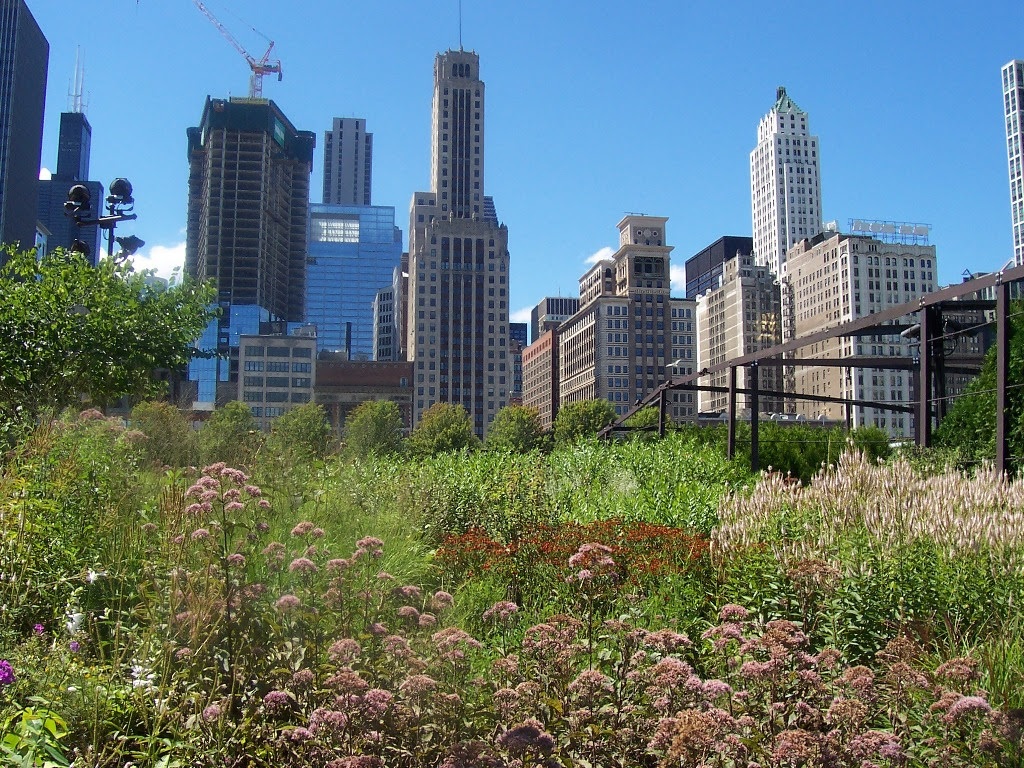