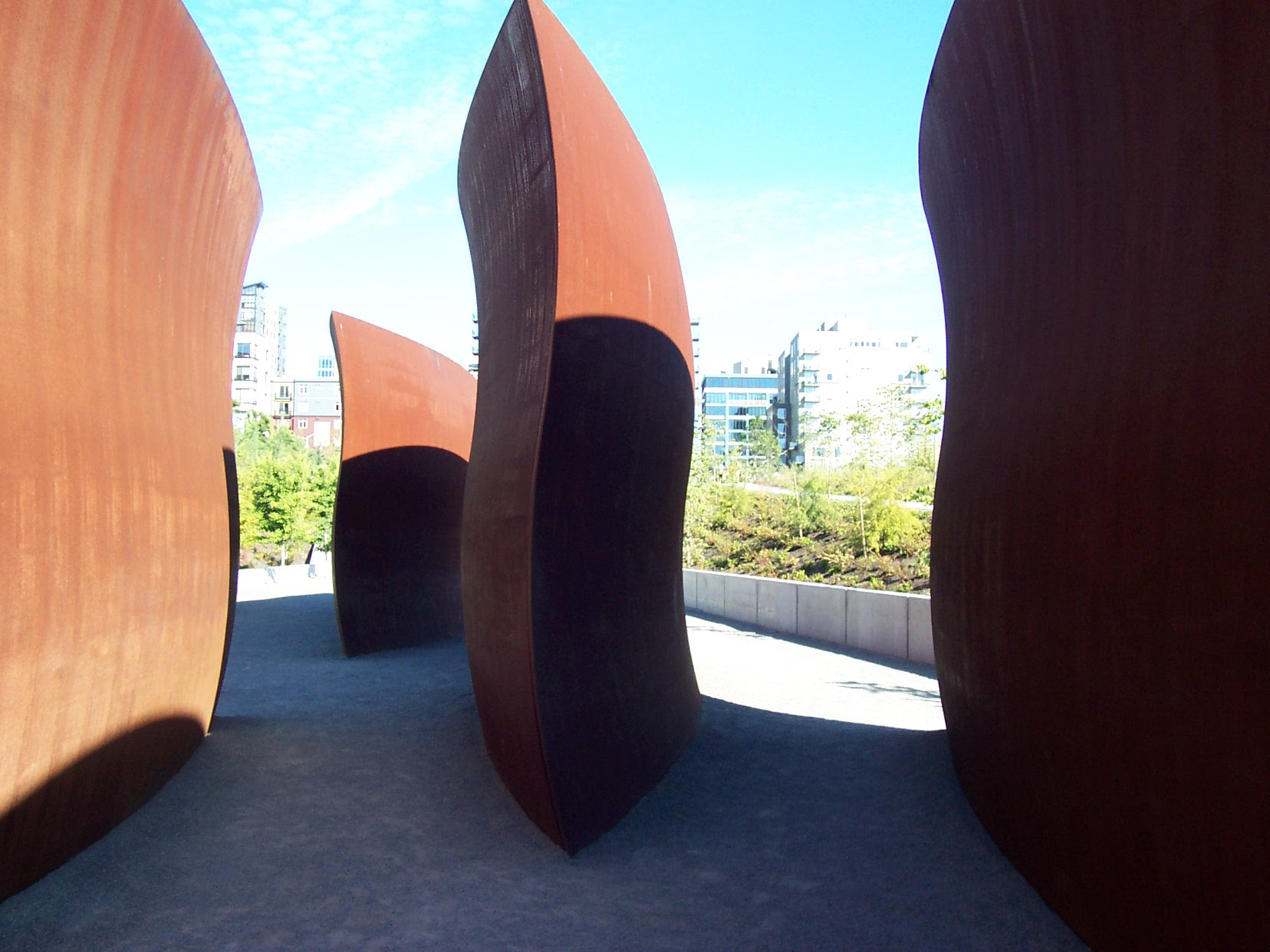 Richard Serra's "Wake" could not be any more dramatic if it was located on the shore of the Sound, or in the Sound itself. The massive (as in tons) steel "wakes" evoke the waves created by boats and ships. A fitting sculpture for Seattle's Olympic Sculpture Park which is technically located alongside Elliot Bay and not by the Puget Sound, per se. To get a sense of the scale of these wakes, see the next image. The woman in the photograph is approximately five feet (5') three inches (3"). 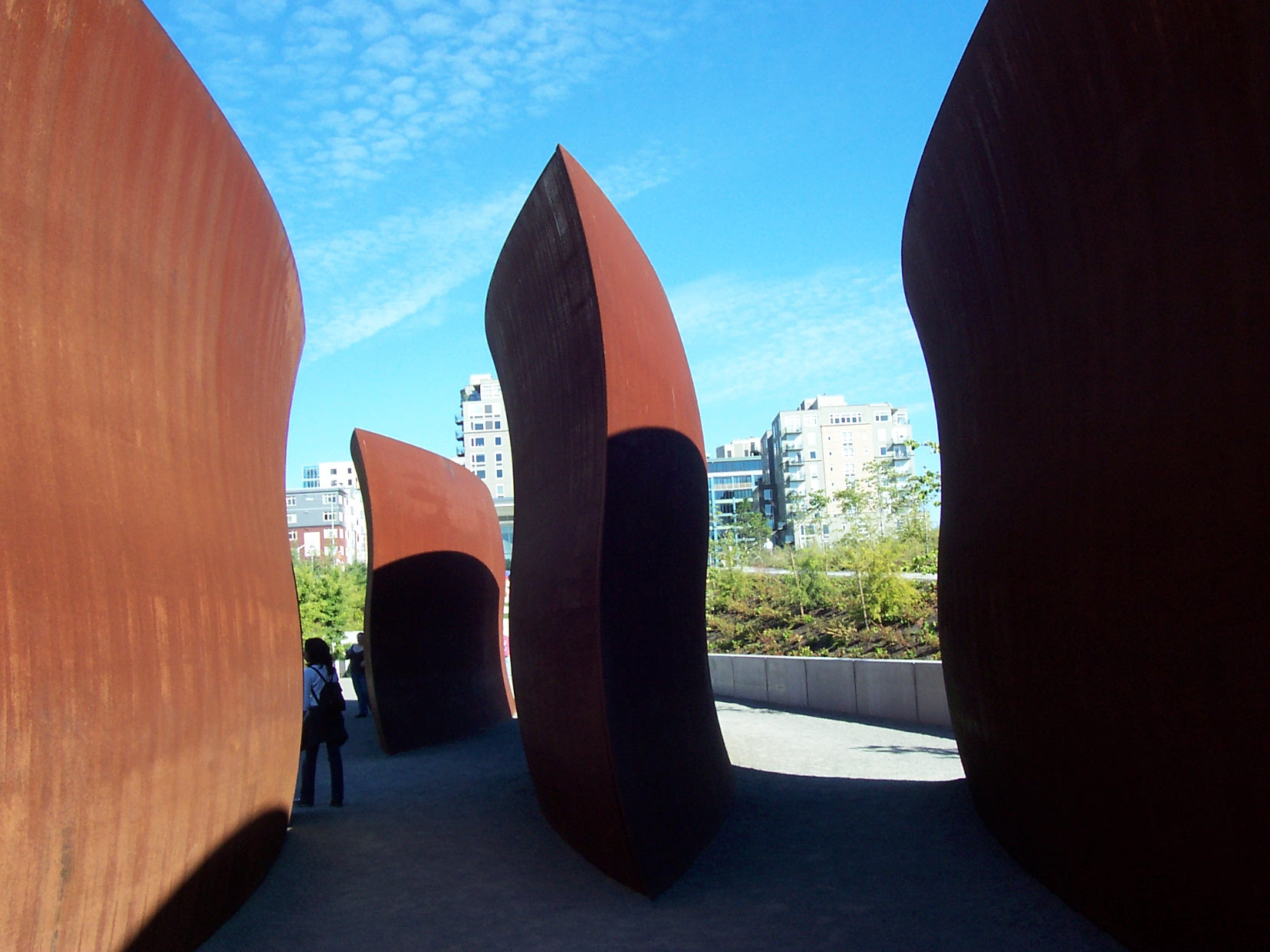 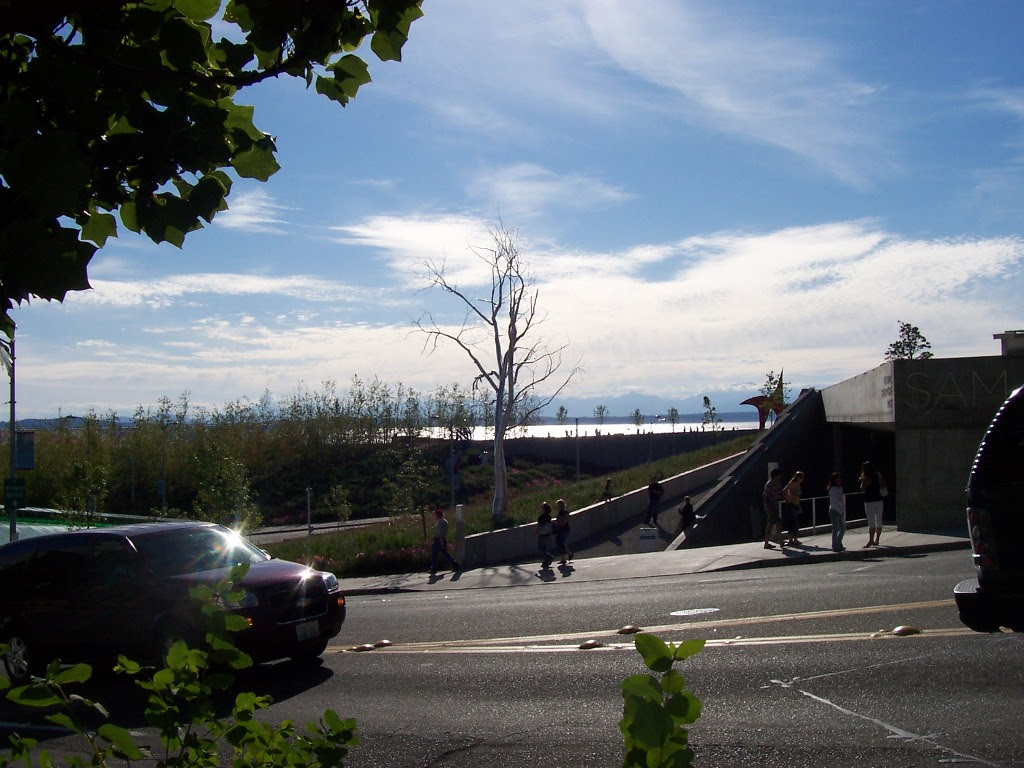 We write about trees often on local ecologist so I could not miss the opportunity to photograph the silver tree sculpture "Split" by Roxy Paine (foreground). The lighting made it difficult to get a close-up of the tree. In the right-background is Alexander Calder's red bird "Eagle." A better photograph of Calder's piece is here. 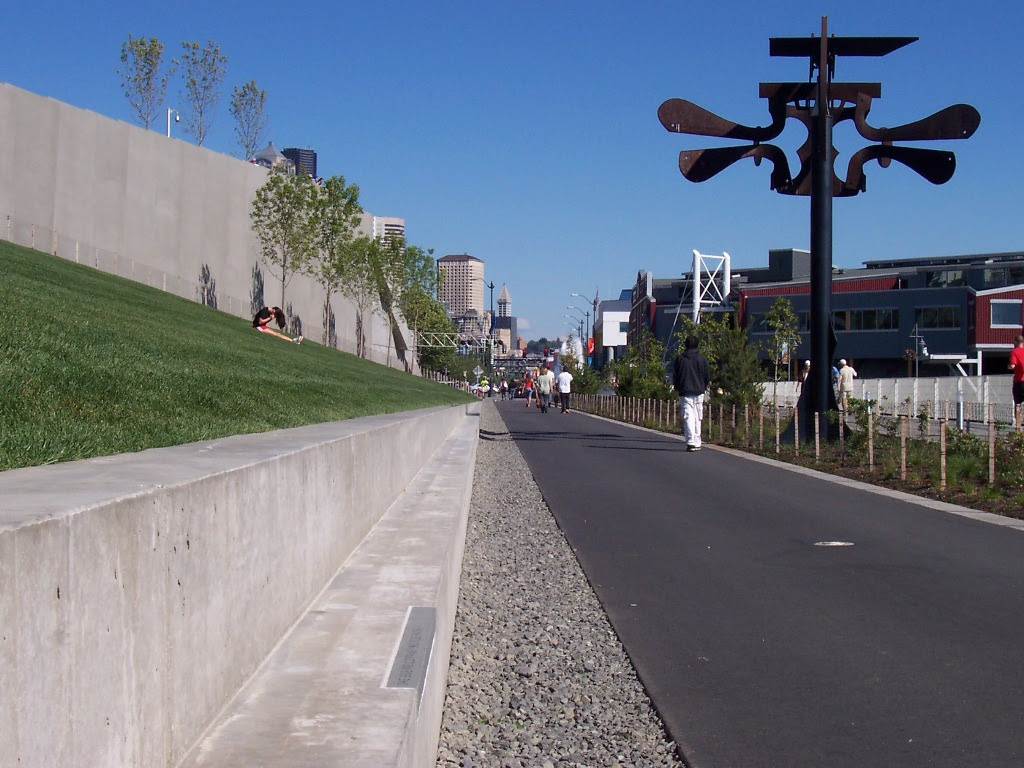 I would never have guessed the subject of Mark di Suvero's sculpture. It is titled "Schubert Sonata." I think it looks like an awkward buoy. The Seattle Art Museum describes the piece as follows:


Schubert Sonata possesses a heroic scale and a distinctively urban and industrial flavor, offset by the delicately balanced circular structure that opens to the sky. This ribbon of raw metal, delineated by organic and geometric forms, stands poised on a single point and spins—a reflection of the artist’s long-standing interest in the possibilities for motion in sculpture. This work is part of a series dedicated to composers. 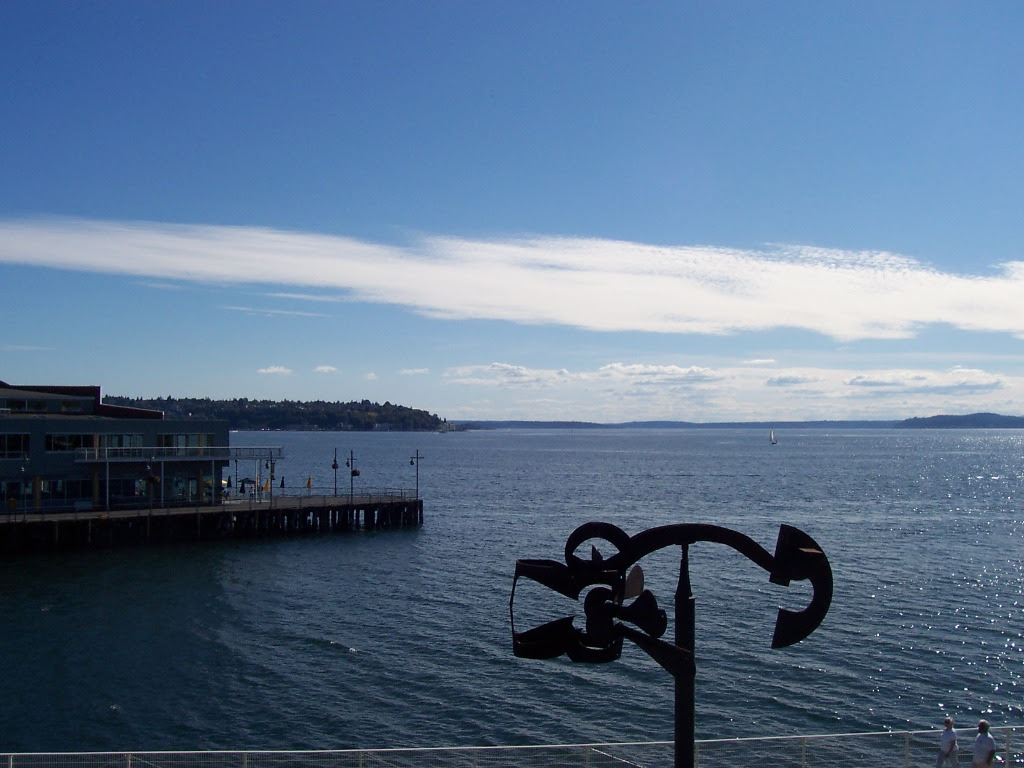