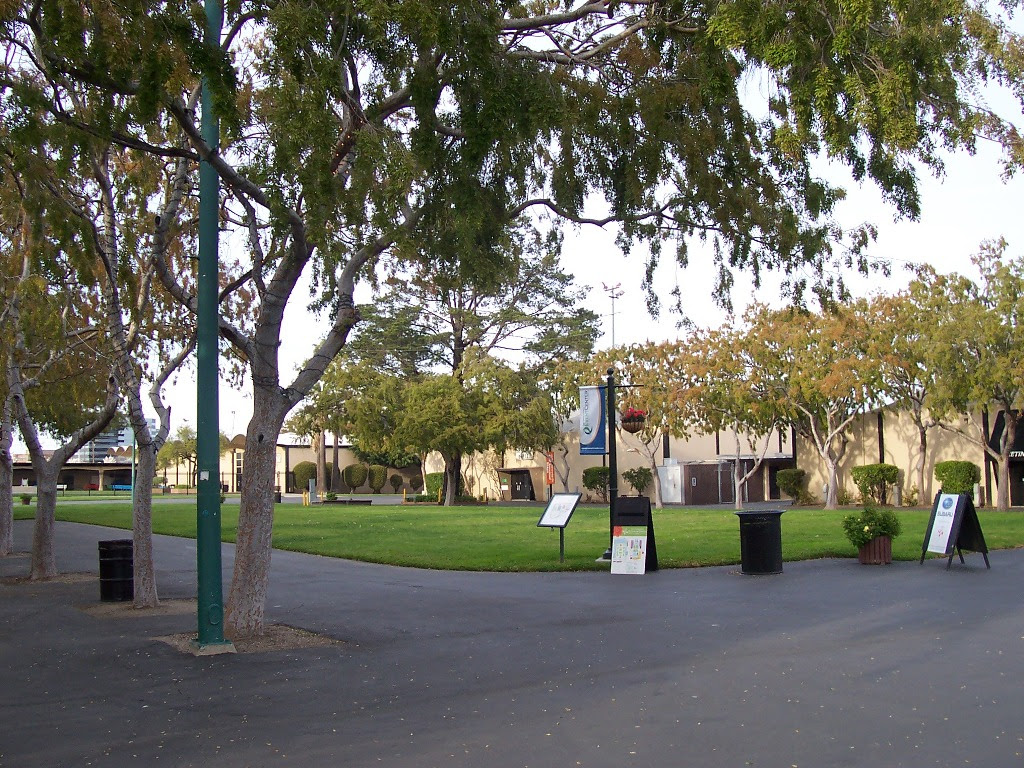 This blog was honored with a press pass (thank you Dawn Stranne & Associates) to attend what was to be the last year of the San Francisco Flower & Garden Show. Good news: the show will go on! At the Garden Writers Reception on the evening of Wednesday, March 18, founder, chairman, and producer Duane Kelly announced that a buyer (two in fact) had been found for the show. (The fate of the sister show - the Northwest Flower & Garden Show - is yet to be determined.) Kelly's announcement was met with heartfelt applause. The new owners (left and center, with Duane Kelly in suit and bowtie) were similarly applauded. 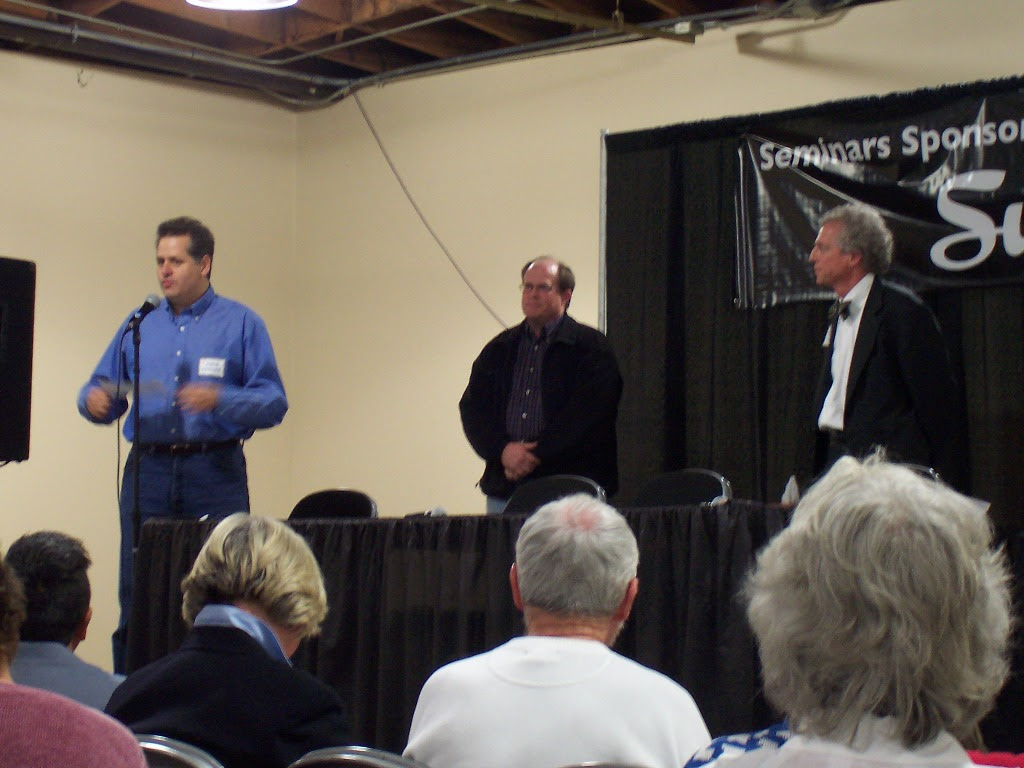 I attended last year's show at the Cow Palace in Daly City. This year's show is being held at the San Mateo Event Center. Duane Kelly mentioned that landscaping on the event center's grounds scored highly in early surveys. Interestingly, while the show attendees are responding positively to the new venue, the production company, Salmon Bay Events, is being protested by labor groups at the vehicle and pedestrian entrances. 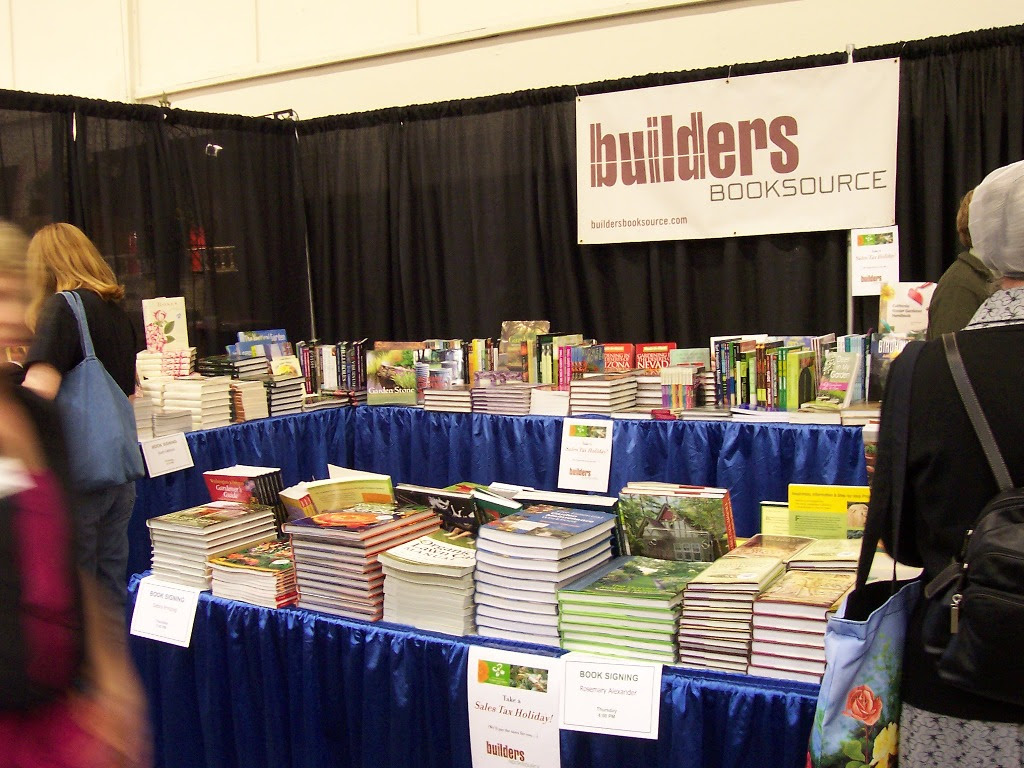 I spent Thursday, March 19 viewing the display gardens and the plant market. I'll review the gardens in a later post. On my way out, I browsed the book offerings by two Berkeley bookshops: Mrs. Dalloway's on College Avenue and Builders Booksource on Fourth Street. 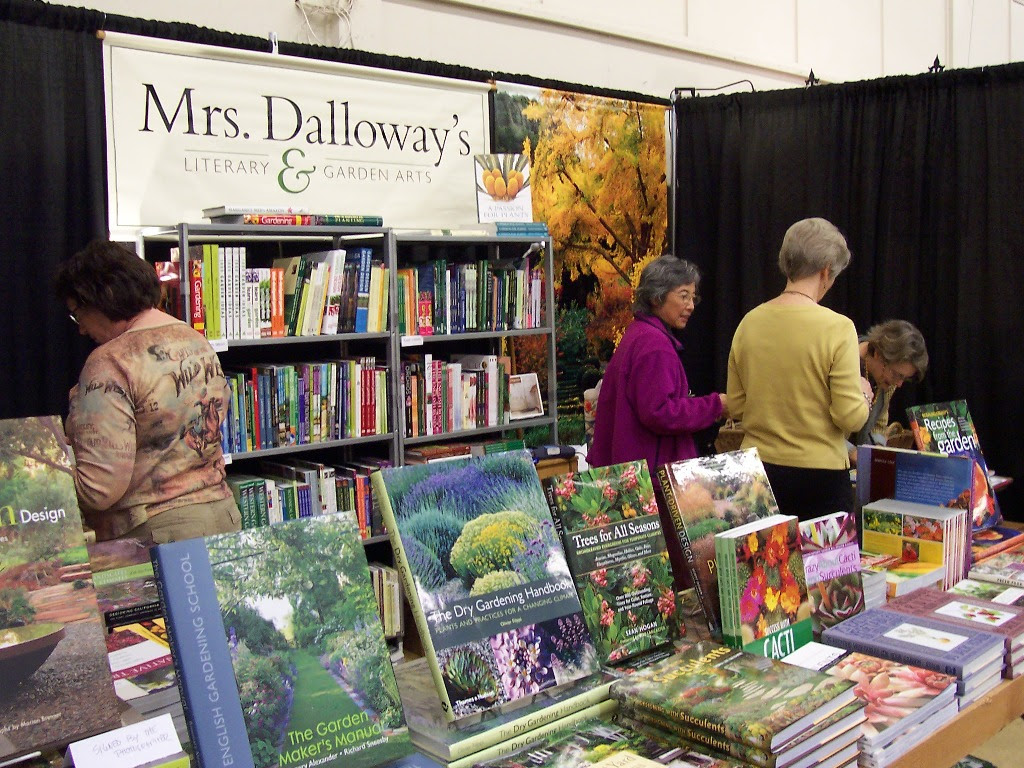 The books that grabbed my attention reflected several of the themes in the display gardens: edible gardens, gardening in small spaces, rainwater gardens, and garden design generally. From Builders Booksource: 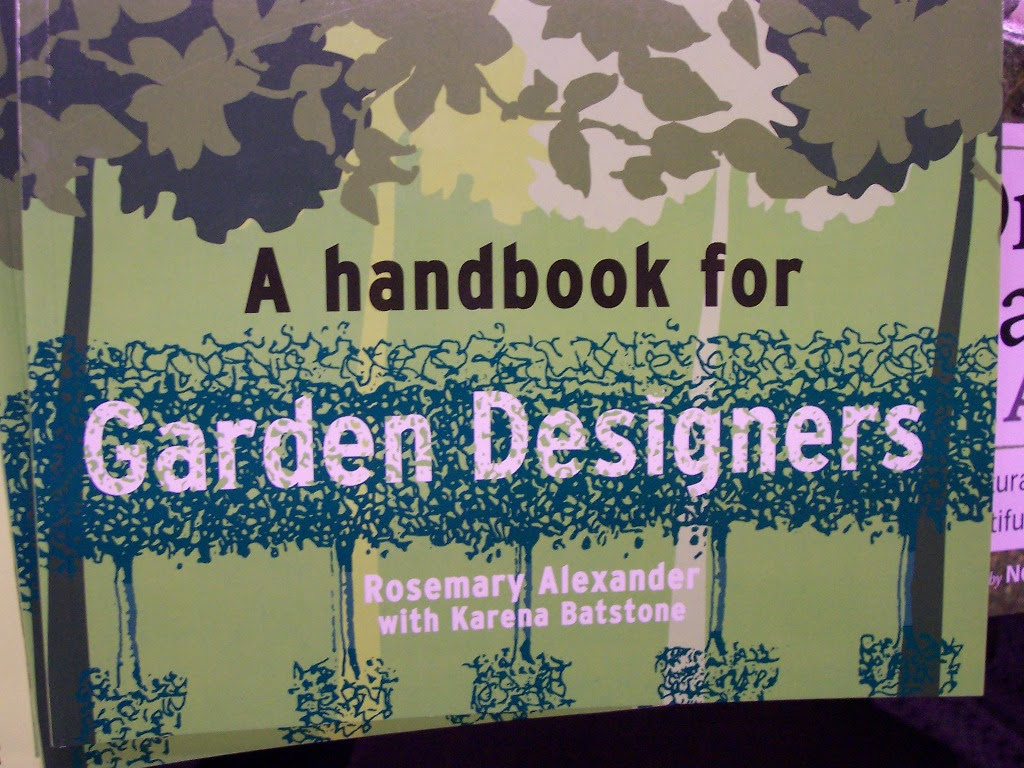 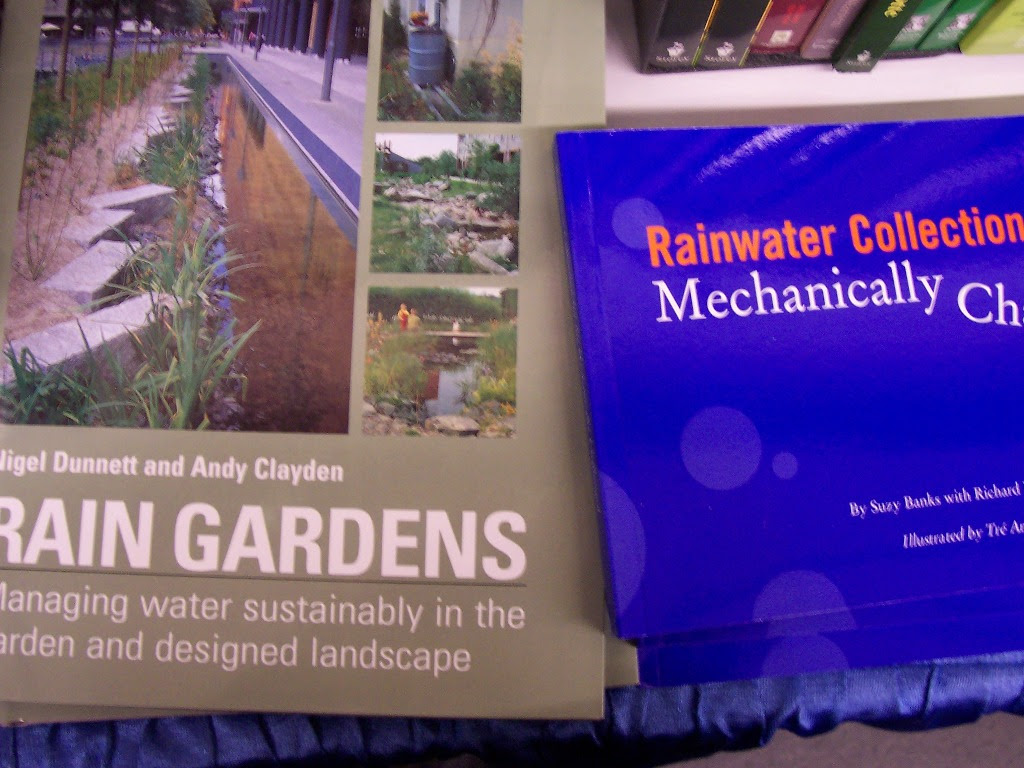 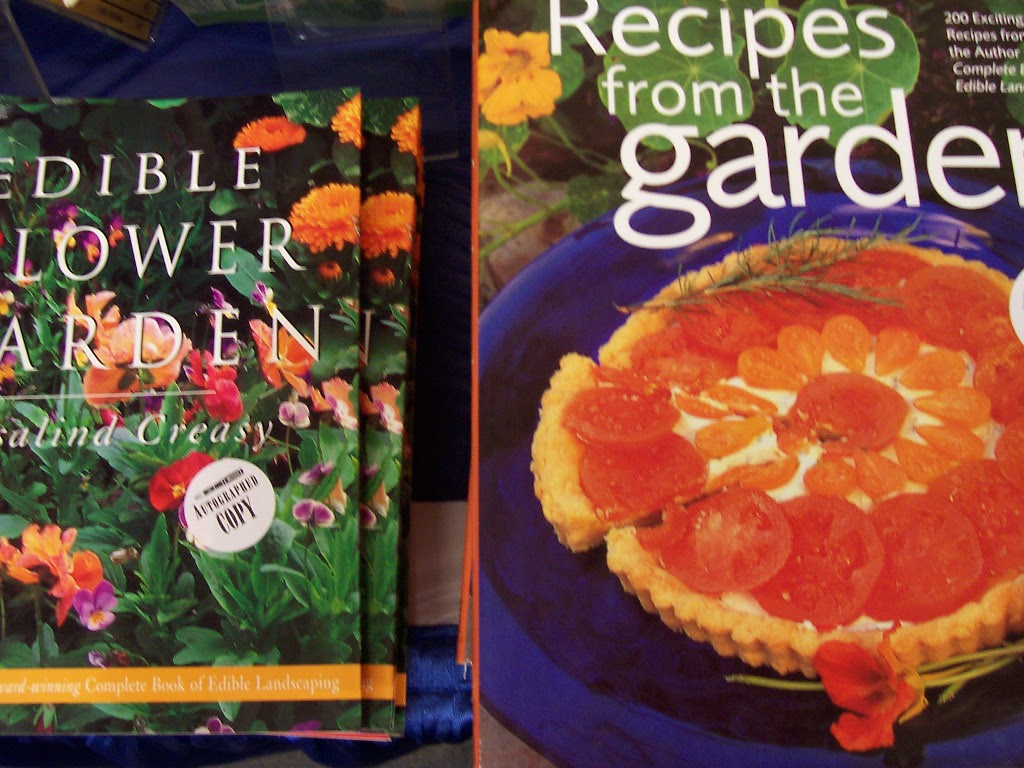 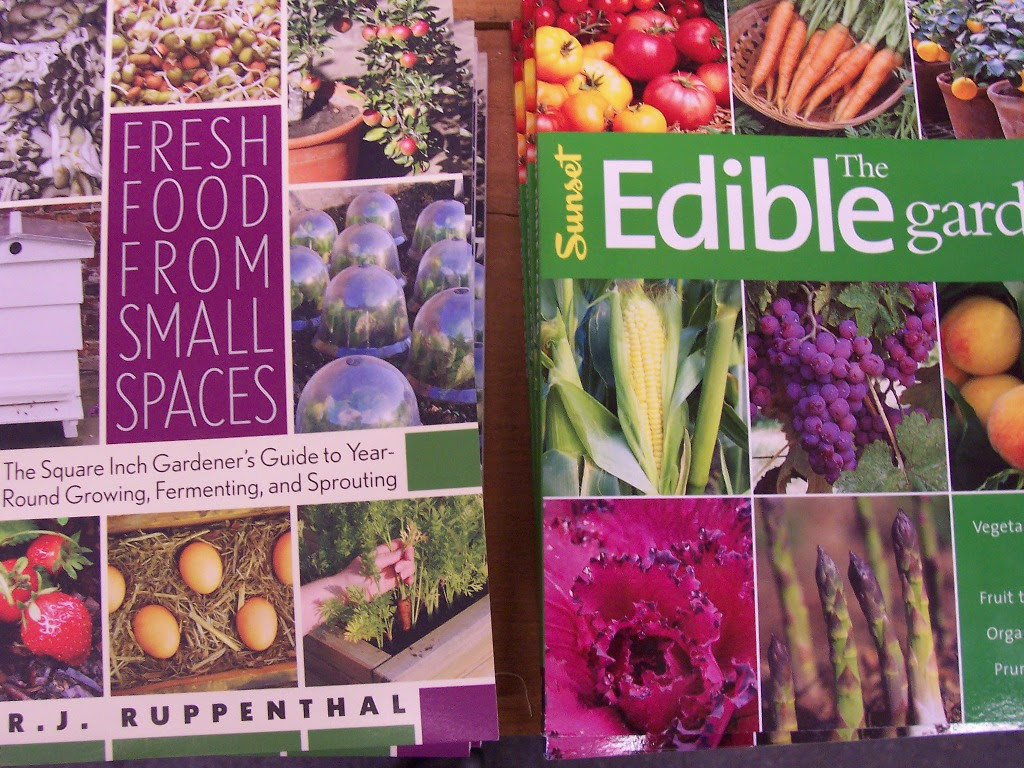 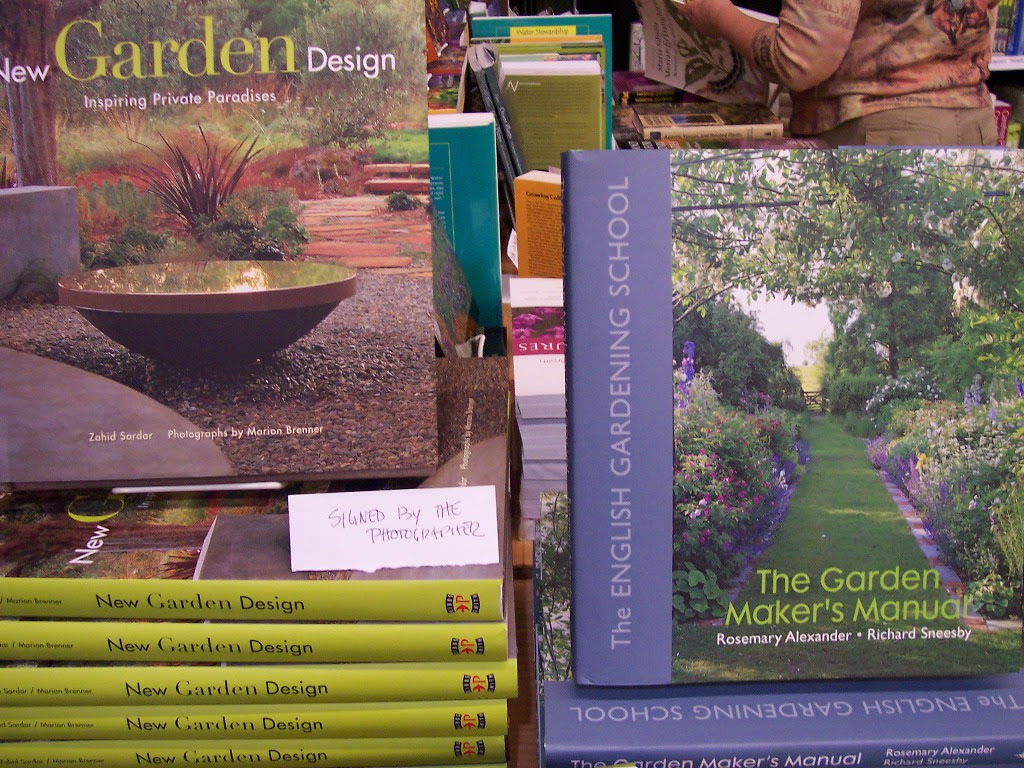