Once there was a village in Central Park 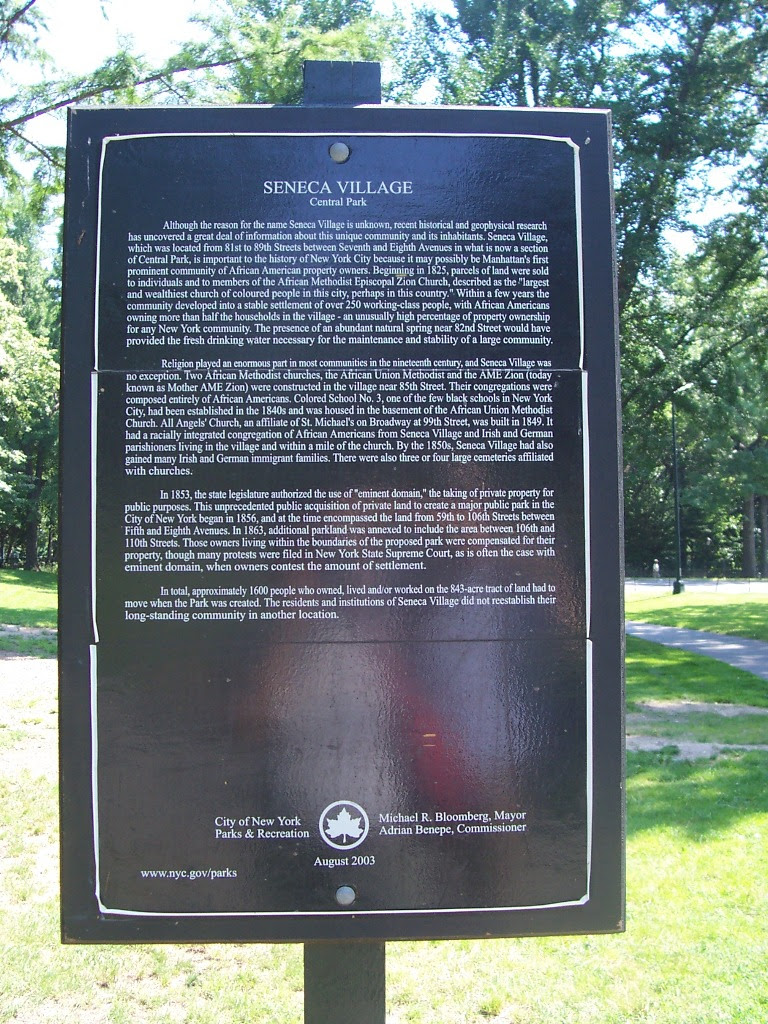 Once there was a village in what is now Central Park. It was called Seneca Village.

Seneca Village existed from 1825 through 1857. It was located between 82nd and 89th Streets and Seventh and Eighth Avenues. Today, this area is part of Central Park. Seneca Village was Manhattan's first significant community of African American property owners. By the 1840s, it had become a multi-ethnic community African Americans, Irish, and German immigrants, and perhaps a few Native Americans. In 1855, the New York State Census reported approximately 264 individuals living in the village. There were three churches, as well as a school and several cemeteries. Within two years, Seneca Village would be razed and its identity erased by the creation of Central Park. (Source: Robbie McClintock and Frank A. Moretti, Columbia University Teachers College) 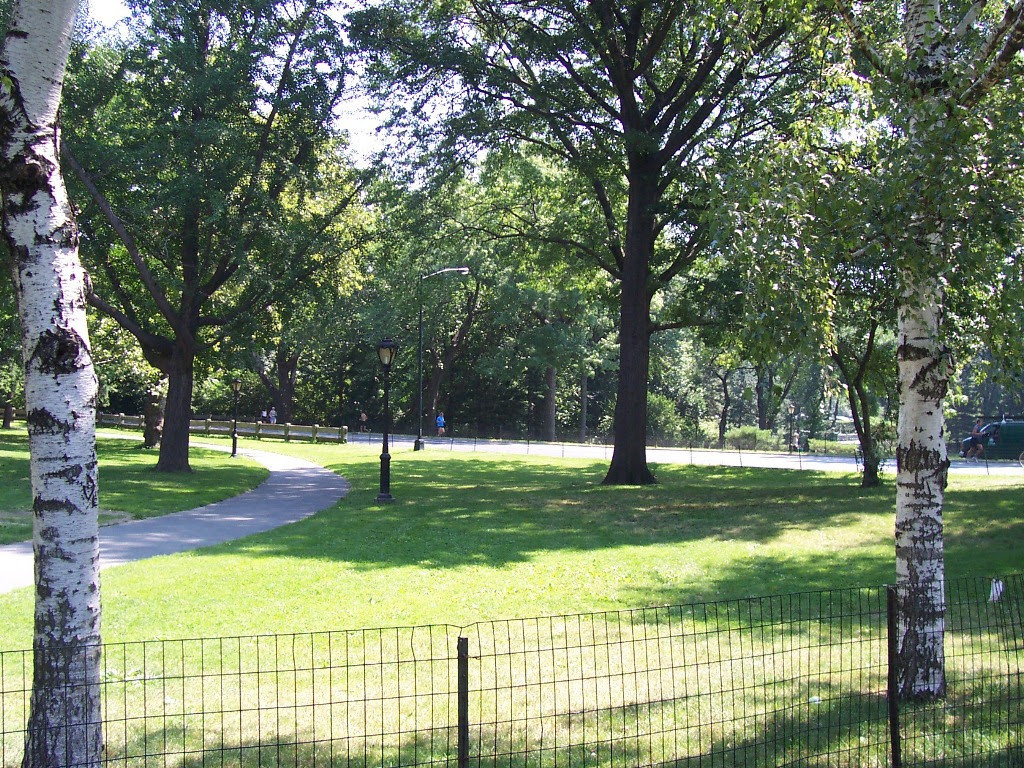 The village was located in the general area shown in the photograph above. The private properties of the village were taken via eminent domain. The village was declared a "wasteland" of "squatters" (see the New York Times review of "Before Central Park: The Life and Death of Seneca Village" exhibition (1997). When I first learned about the development of Central Park, I recall reading about the "wasted" land that had to be cleared, but I assumed a landscape of rocky outcrops and possibly wetlands (wetlands were not valued in the 19th and much of the 20th centuries), not the homes and institutions of individuals, families, and a community.