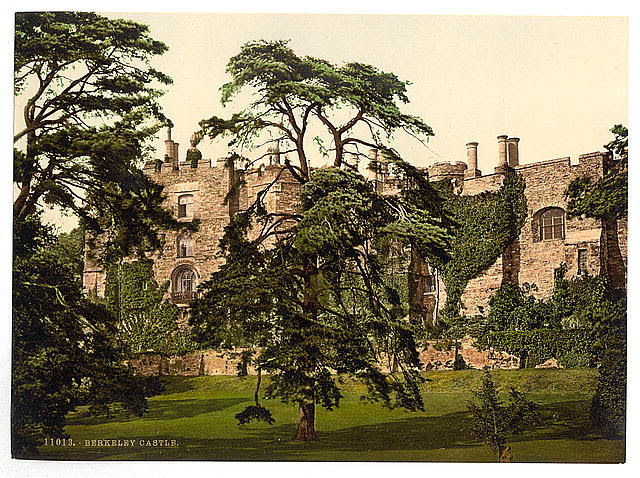 The University of California (formerly the College of California) in Berkeley and subsequently the city that formed around the university were named after Bishop Berkeley, a philosopher, who's writings inspired one of the university-town founders, Frederick Billings. The particular saying that inspired Billings: "Westerward the course of empire takes it way" (read the Wikipedia entry about Founders' Rock).

Bishop George Berkeley, an Irish philosopher, "was born at his family home, Dysart Castle, near Thomastown, County Kilkenny, Ireland, the eldest son of William Berkeley, a cadet of the noble family of Berkeley" (read Wikipedia's entry about George Berkeley). The Berkeley family's London home was located in Berkeley Square while its country home was The Castle in Berkeley, England.