Building small after a fire 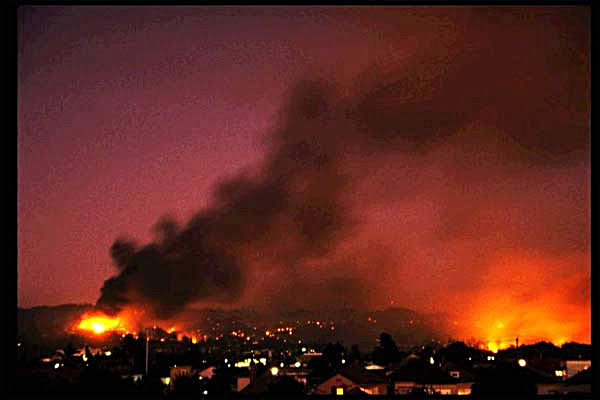 Across the bay, on October 20, 1991, during "the fifth year of drought" in the East Bay, "'a single ember'" started the Oakland and Berkeley Hills Fire (Shay Salomon, Little House on a Small Planet, 2006). The fire has been described as a firestorm because it created its own weather (P. Lamont Ewell 1995). Twenty five people died, 3,469 living units were destroyed, and 1,520 acres burned, according to Captain Parker of the Oakland Office of Fire Services. 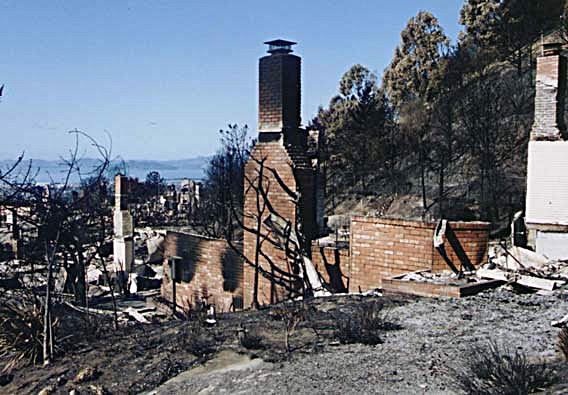 In the aftermath of the fire, a resident of the Oakland Hills, Polly Strand, rebuilt in the footprint of the surviving structure on her private property, a guest house atop the garage. The new house is "a 610-square-foot 'jewel box' overlooking an 8,000-square-foot yard {one can imagine the size of the original main house}" (Salomon).