New York City is one of the world's great walking cities. I learned, from Jen of the Walking Berkeley blog, that walking is one of the best ways to get to know a place. Other influences include my natural inclination to walk, "Looking At Cities" by Allan Jacobs, "Wanderlust" by Rebecca Solnit, and the concept of the flaneur. 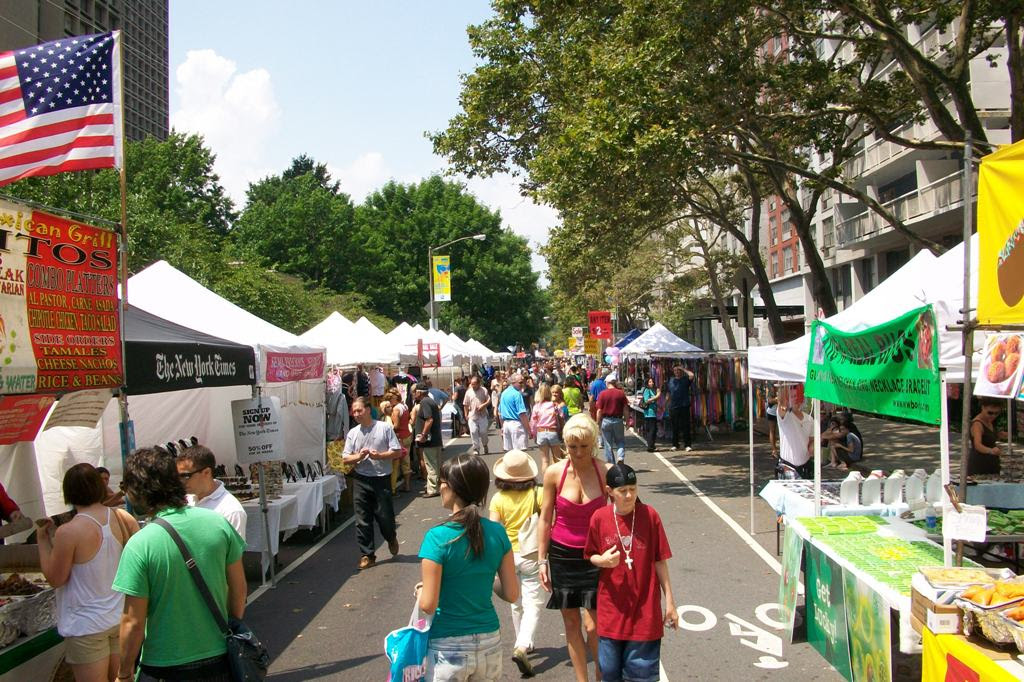 On Saturday past, I walked a transect (h/t to Grady Clay) from Bleecker Street to East 15 Street. Why these particular points? Bleecker was the scene of a street fair between Broadway and 6th Avenue and Union Square is the site of a Saturday Greenmarket. The middle point was Washington Square Park, famous for its fountain and as a yard for NYU students. 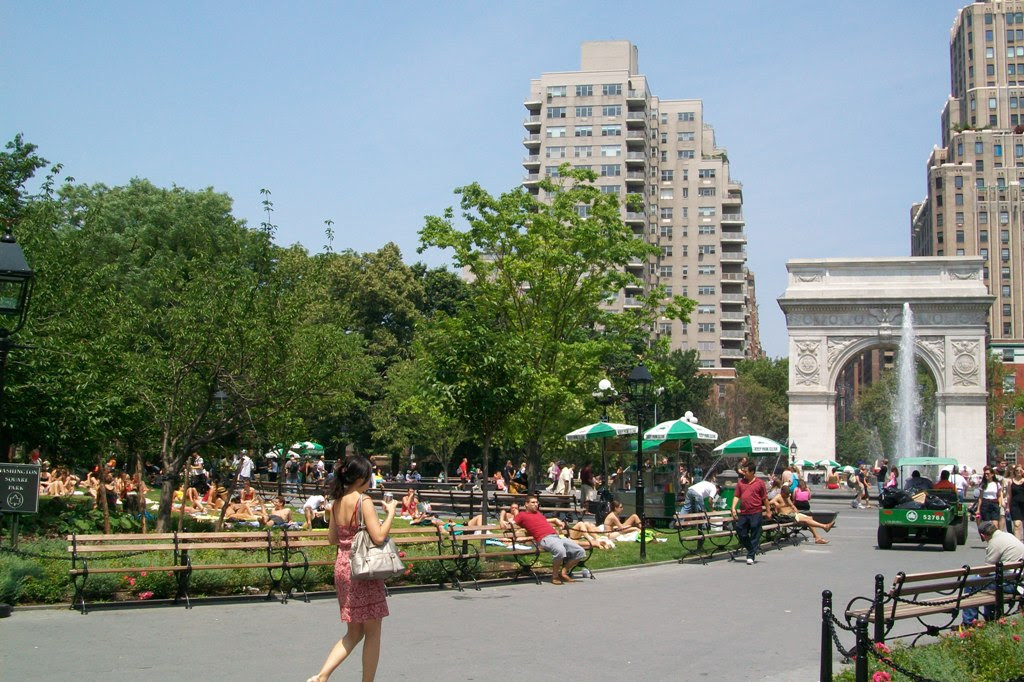 The scene was different in Washington Square. There were vendors, but only handful, selling refreshing treats. Sunbathers covered the "Passive Lawn"s while the sun-shy gravitated towards the benches beneath the park's big trees. 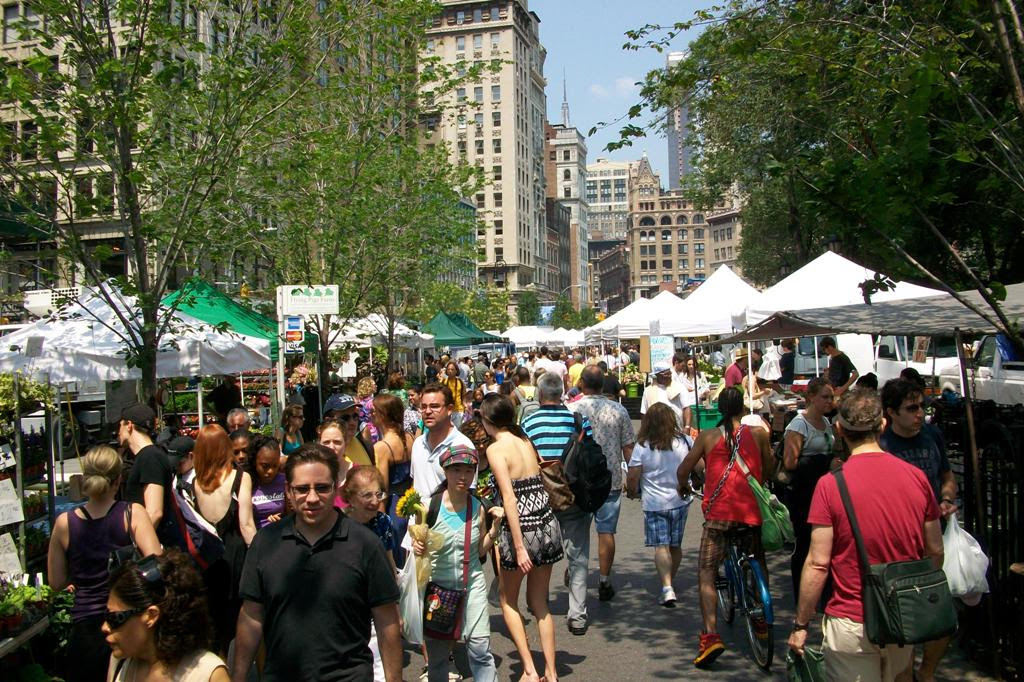 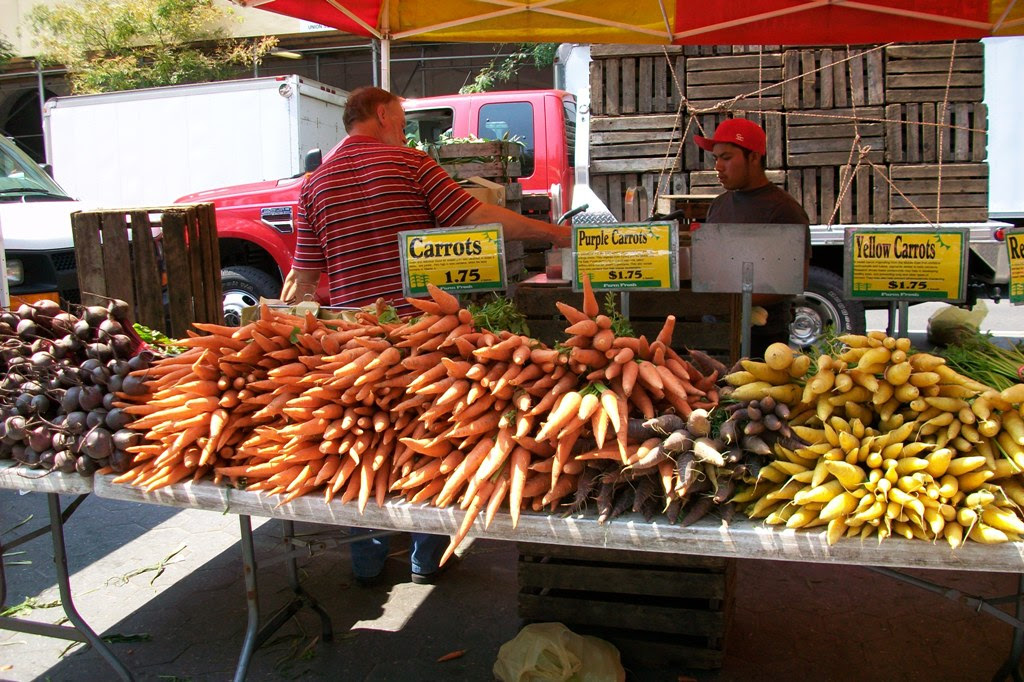 and food vendors at the Greenmarket, trinket sellers on the East 14th Street plaza, and sunbathers, sitters, and strollers in the park proper. After this transect, done mostly in the sun, and the lack of ice cream at the Greenmarket (there were several dairy stalls), I sought the shade and benches of the park's interior. 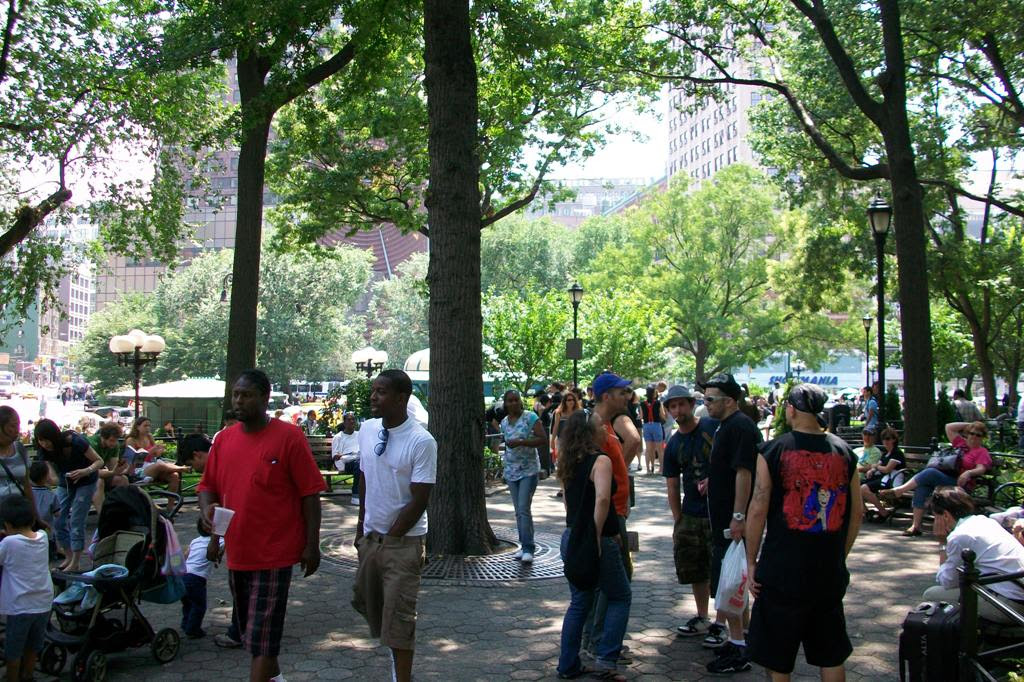