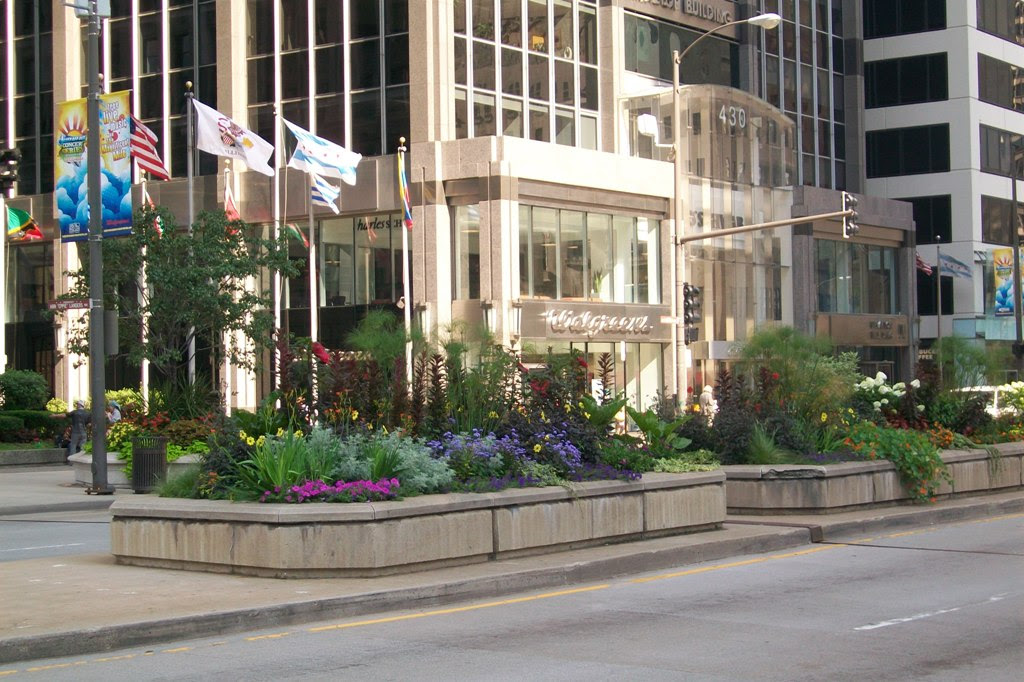 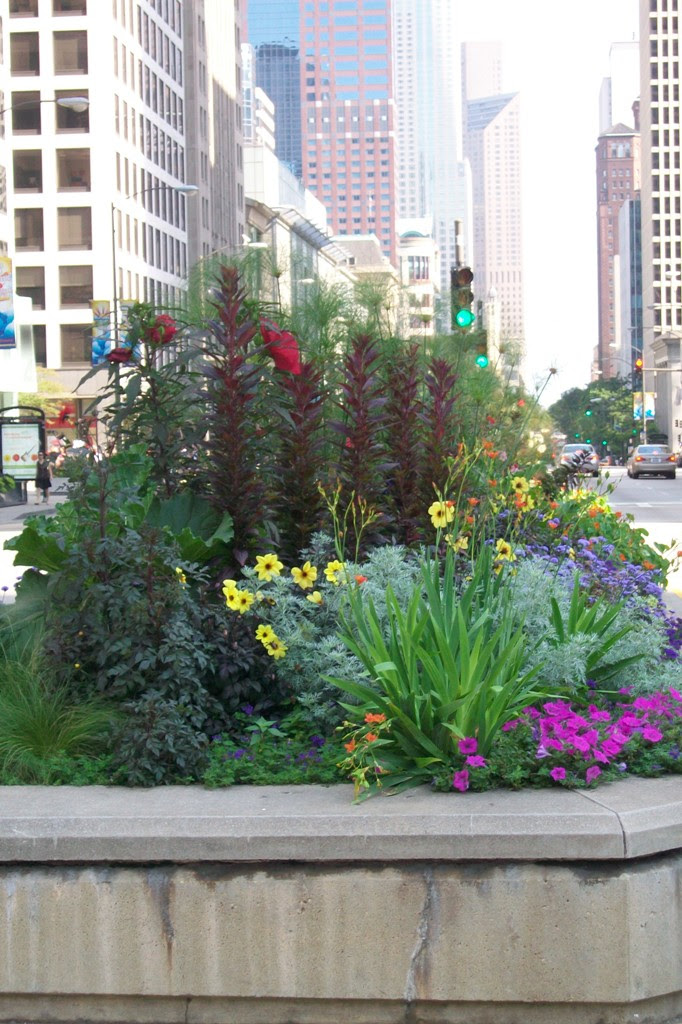 The most well-known of Chicago's greening initiatives and programs is its Green Roof program. The city led the way with the City Hall Rooftop Garden. I believe the roof garden was completed in 2000. 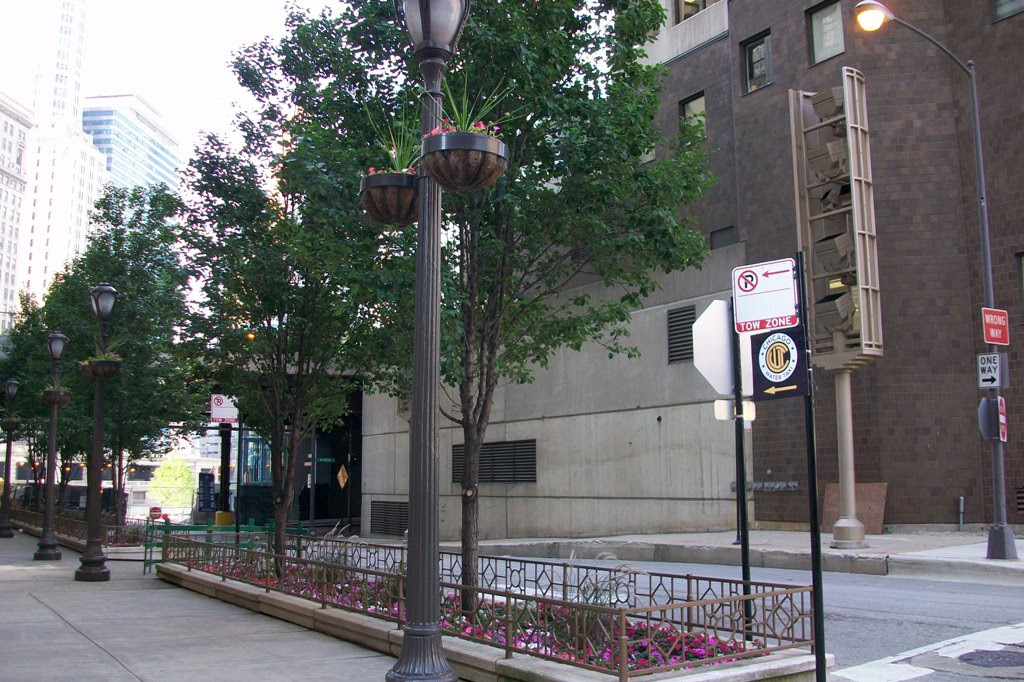 I really enjoy the city's the street gardens - street-tree gardens, hanging planters, and median planters - one its Urban Heat Island Mitigation strategies. According to an EPA "Smart Growth and Urban Heat Islands" factsheet, Chicago planted "over 500,000 trees" between 1991 and 1998 and by 2005, an estimated "280 miles of new median planters" were added to 120 miles of existing medians. 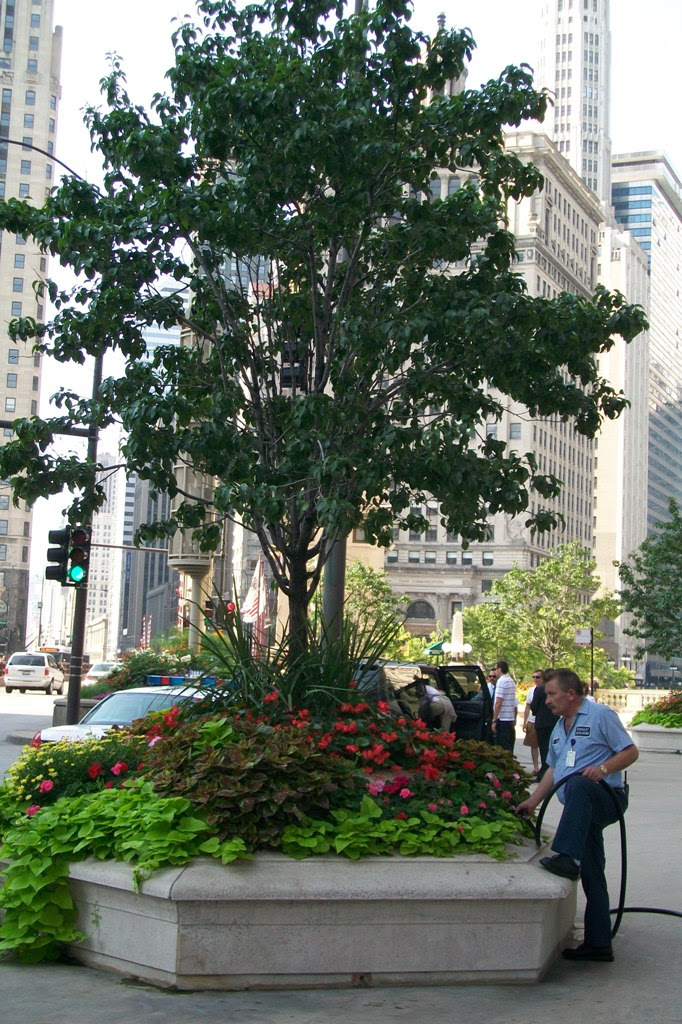 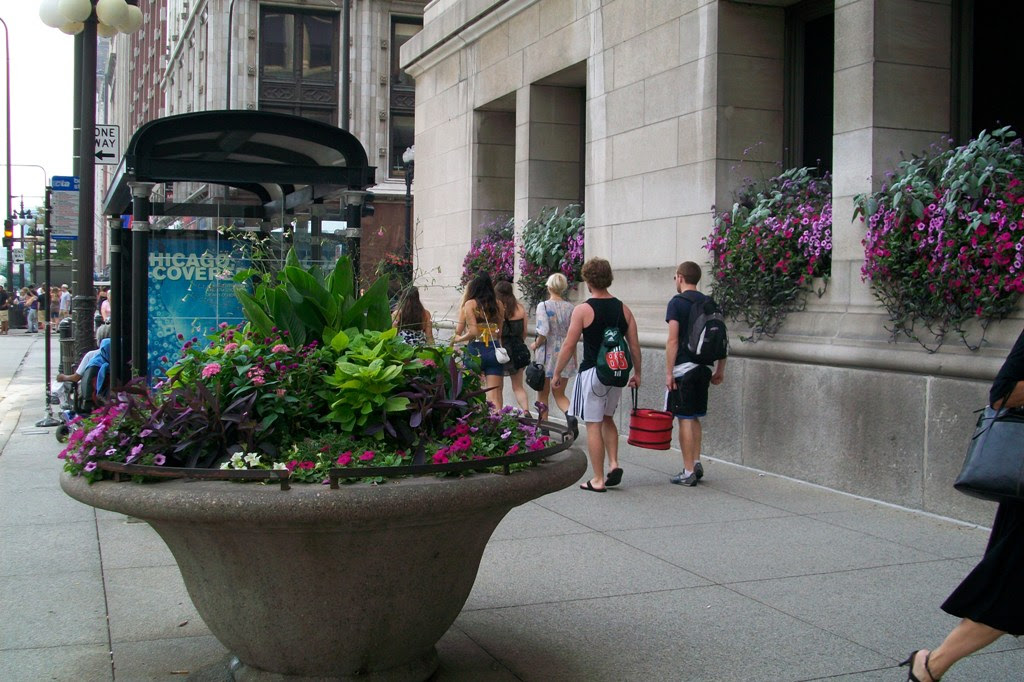 So what is the Urban Heat Island effect? Urban areas are warmer than their rural counterparts due to the types of surfaces prevalent in cities - asphalt pavement versus woodland. Darker surfaces not only absorb and radiate more heat, they evaporate less, and thus cooling less. In addition to hot temperatures, the urban heat island contributes to smog formation. These gardens also contribute to the city's stormwater management efforts by not creating runoff during rain events. View the classic urban heat island diagram at the Heat Island Group website. 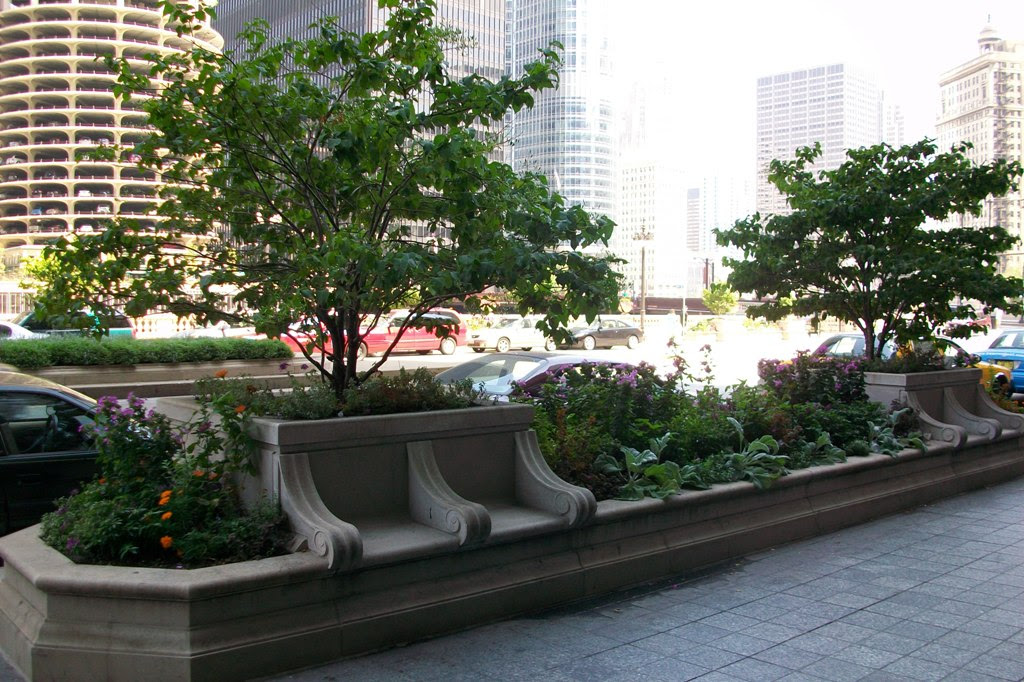 Question: What's your city doing to deal with the urban heat island effect?