POP City's current issue reports that Nine Mile Run Watershed Association (NMRWA) has received a $50,000 Springboard grant that will fund, among other projects, the construction of the Regent Square Gateway. The Gateway project

will demonstrate how innovative environmental infrastructure development can improve aquatic and riparian habitat in an urban park, and enhance community access to open space and clean water. In addition, it will safeguard and enhance the considerable investment that both local and federal governments and private foundations have already made in Nine Mile Run and the surrounding park, an investment which is now still at risk during large storms. 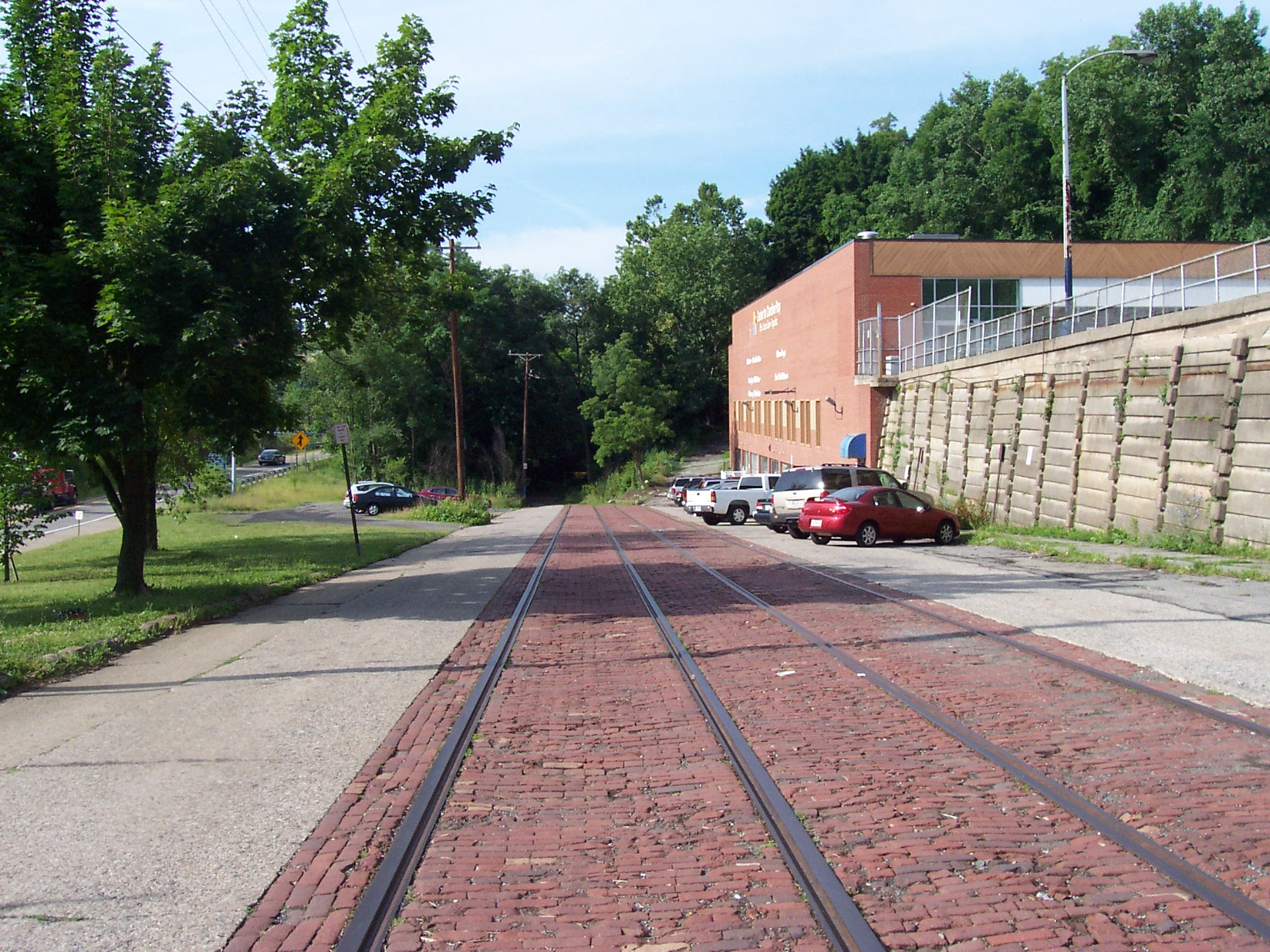 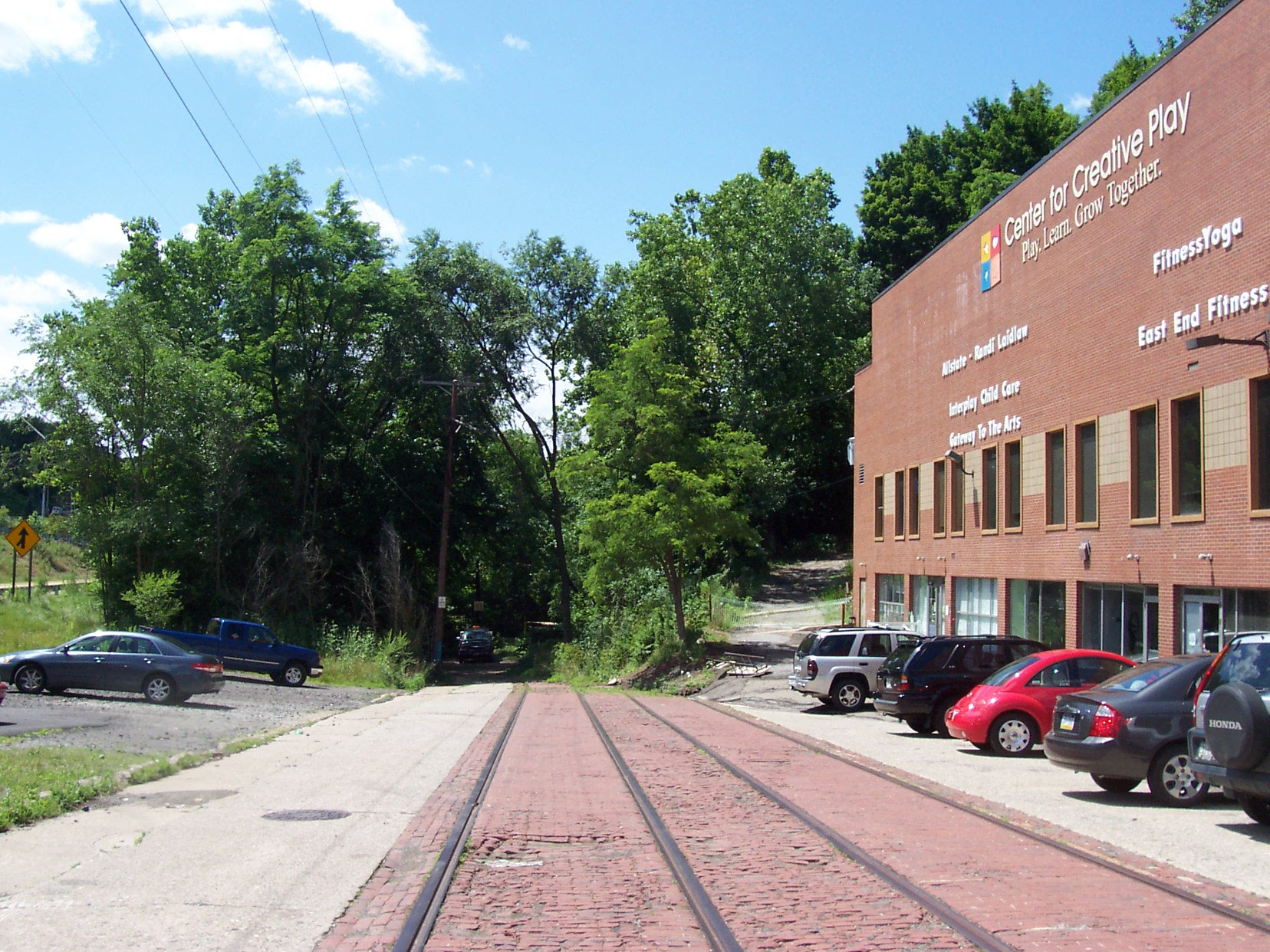 I visited NMRWA, the run, and the future site of the Gateway in the summer of 2007. The road to the site is lined with old rail tracks. As you approach the gateway site, you pass a play center on the right. 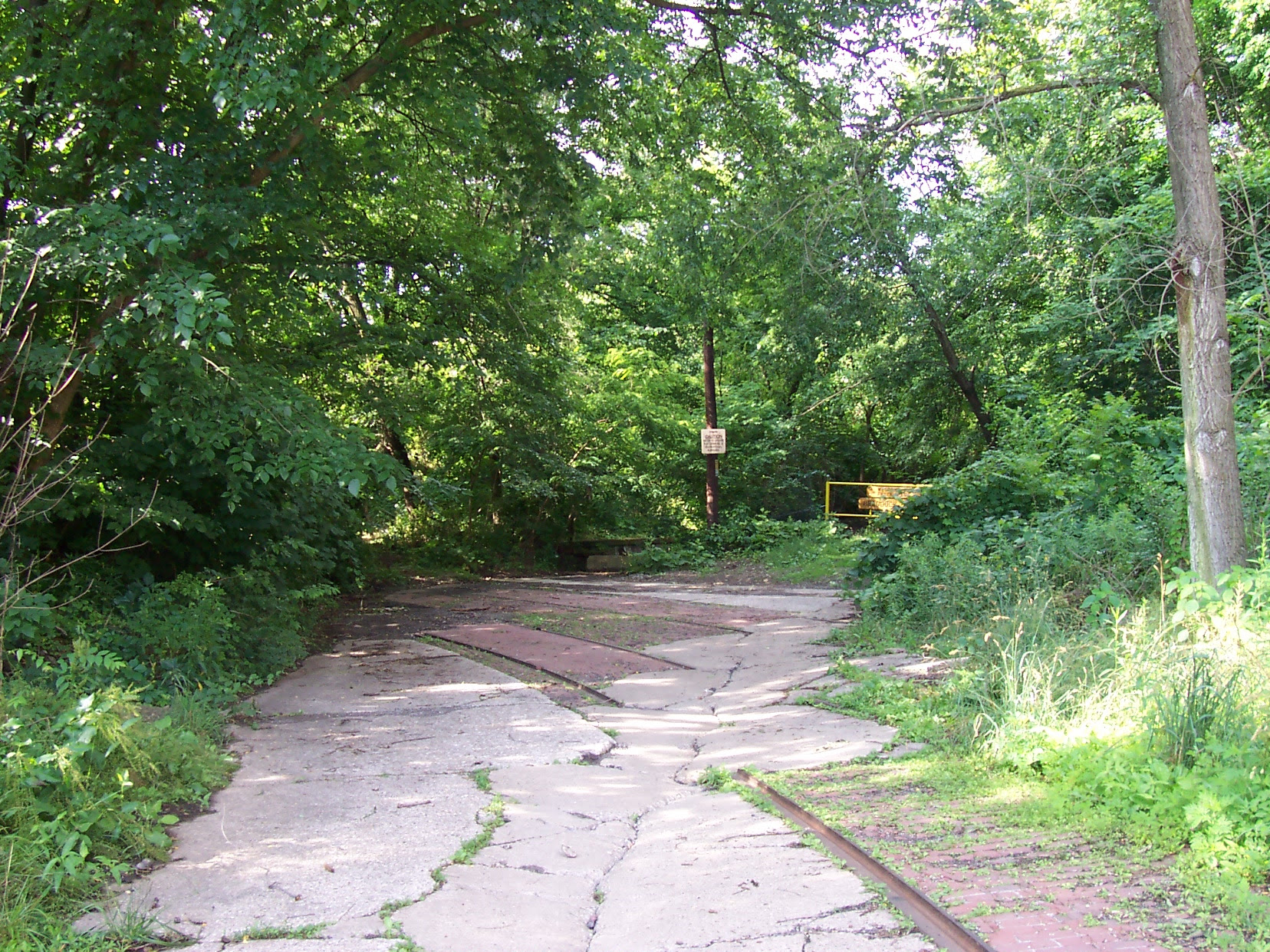 The tracks enter Frick Park at Braddock Trail. To the left of the trail sign is a stormwater outfall into Nine Mile Run. 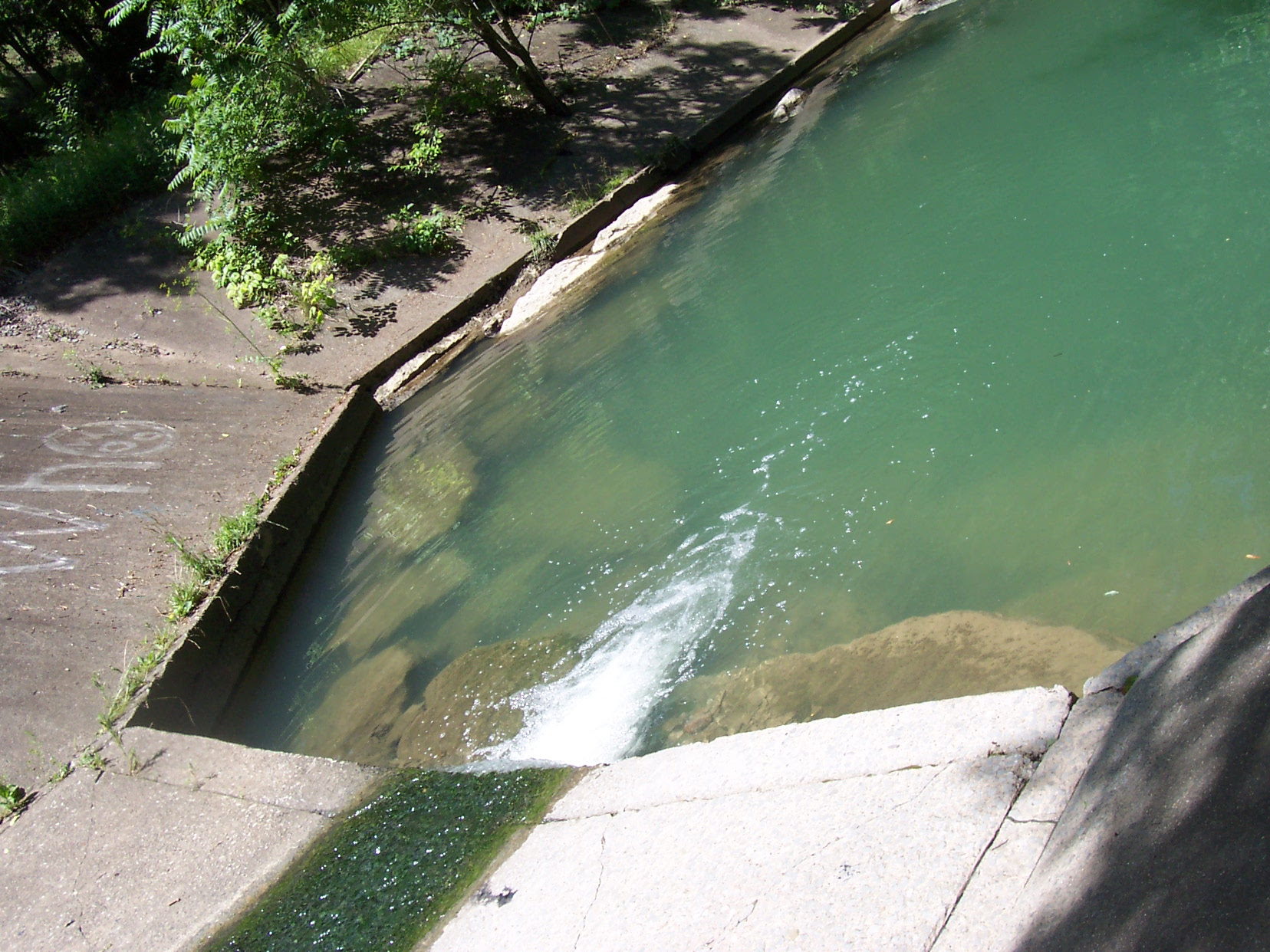 The water in the run seemed relatively clear and did not smell. A $7.7 million restoration project was completed in 2006.

The design for Regent Square Gateway was completed by Cahill Associates and German design firm Atelier Dreiseitl. The design scheme involves three phases as illustrated below. 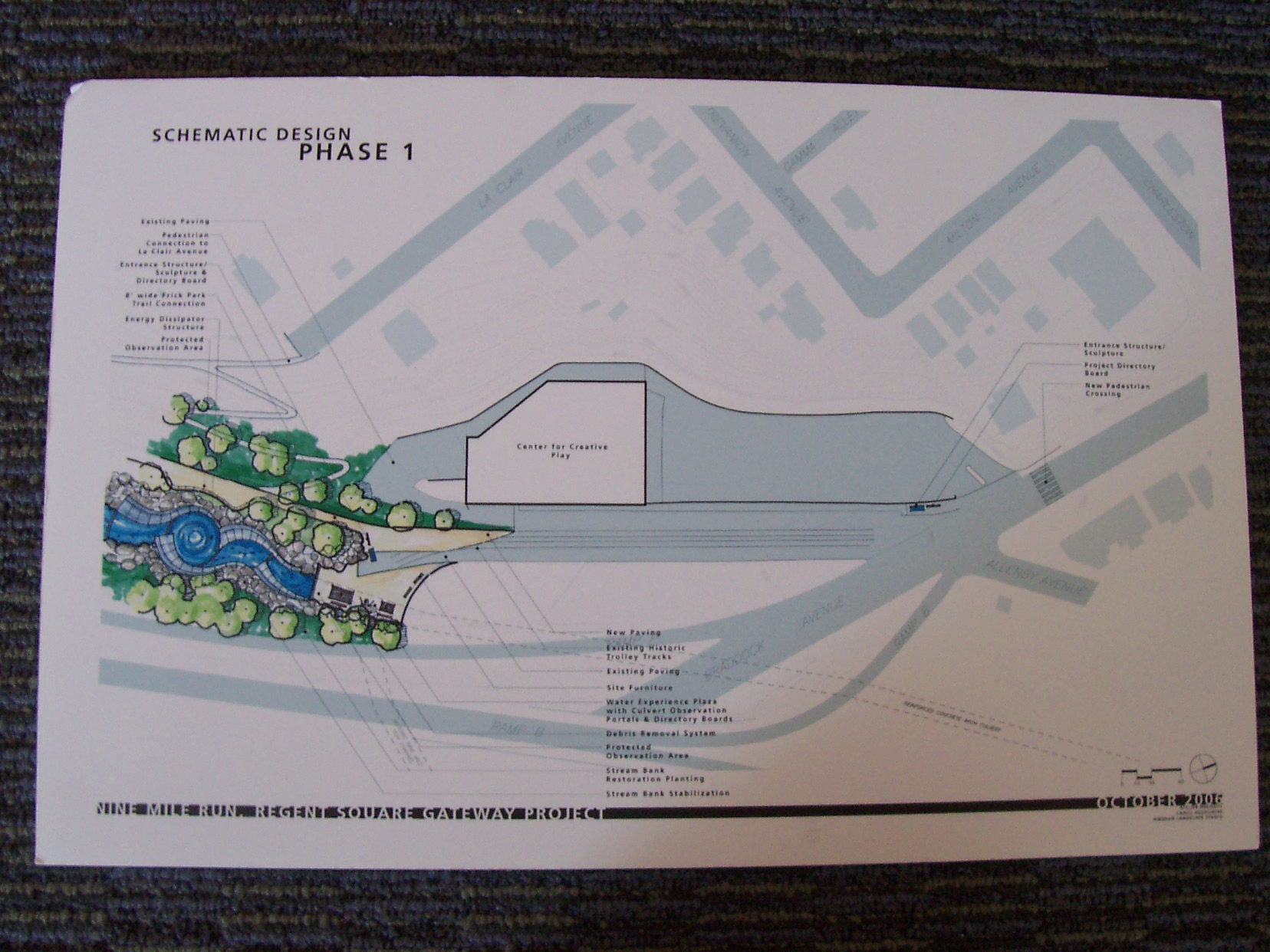 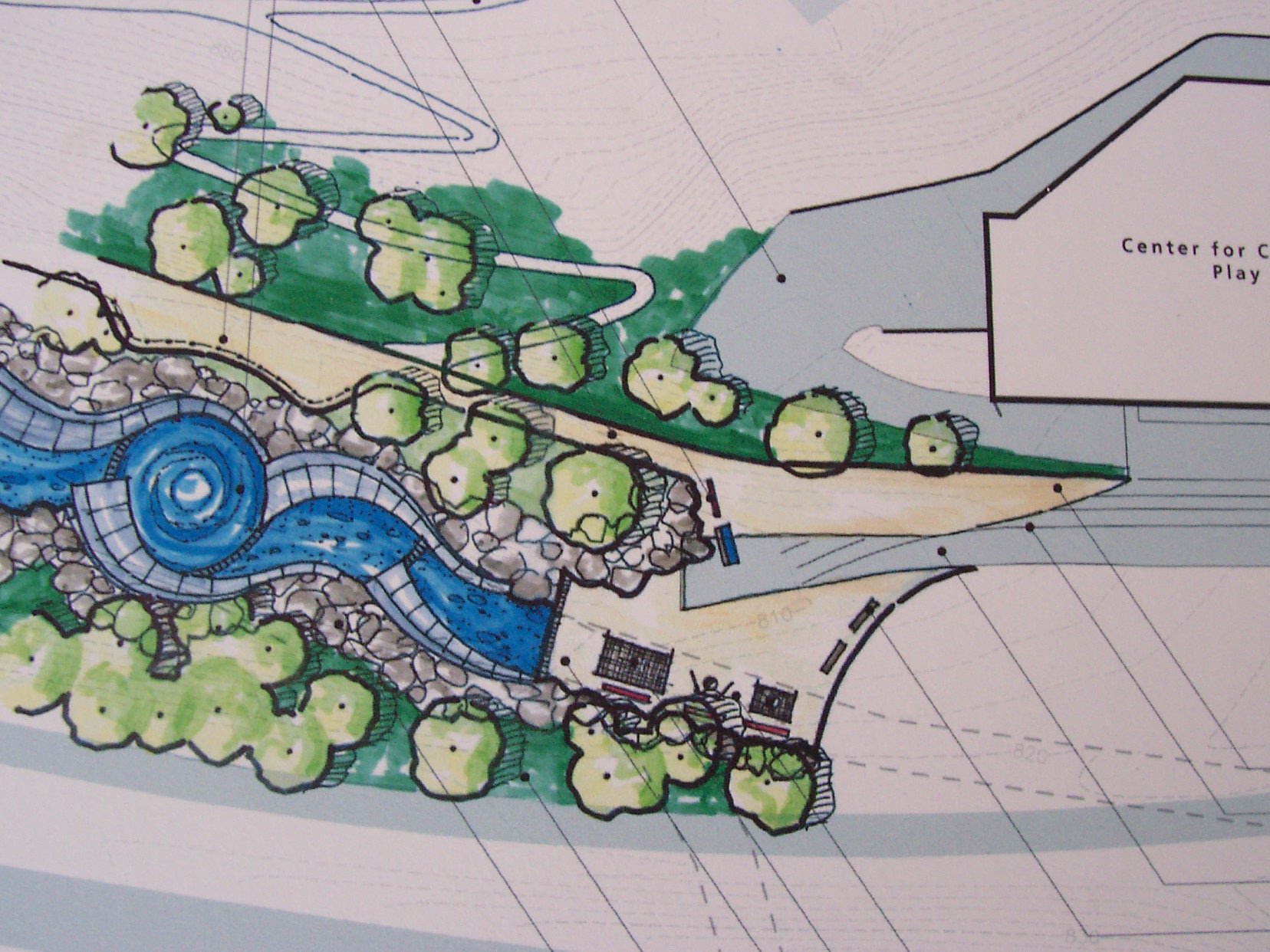 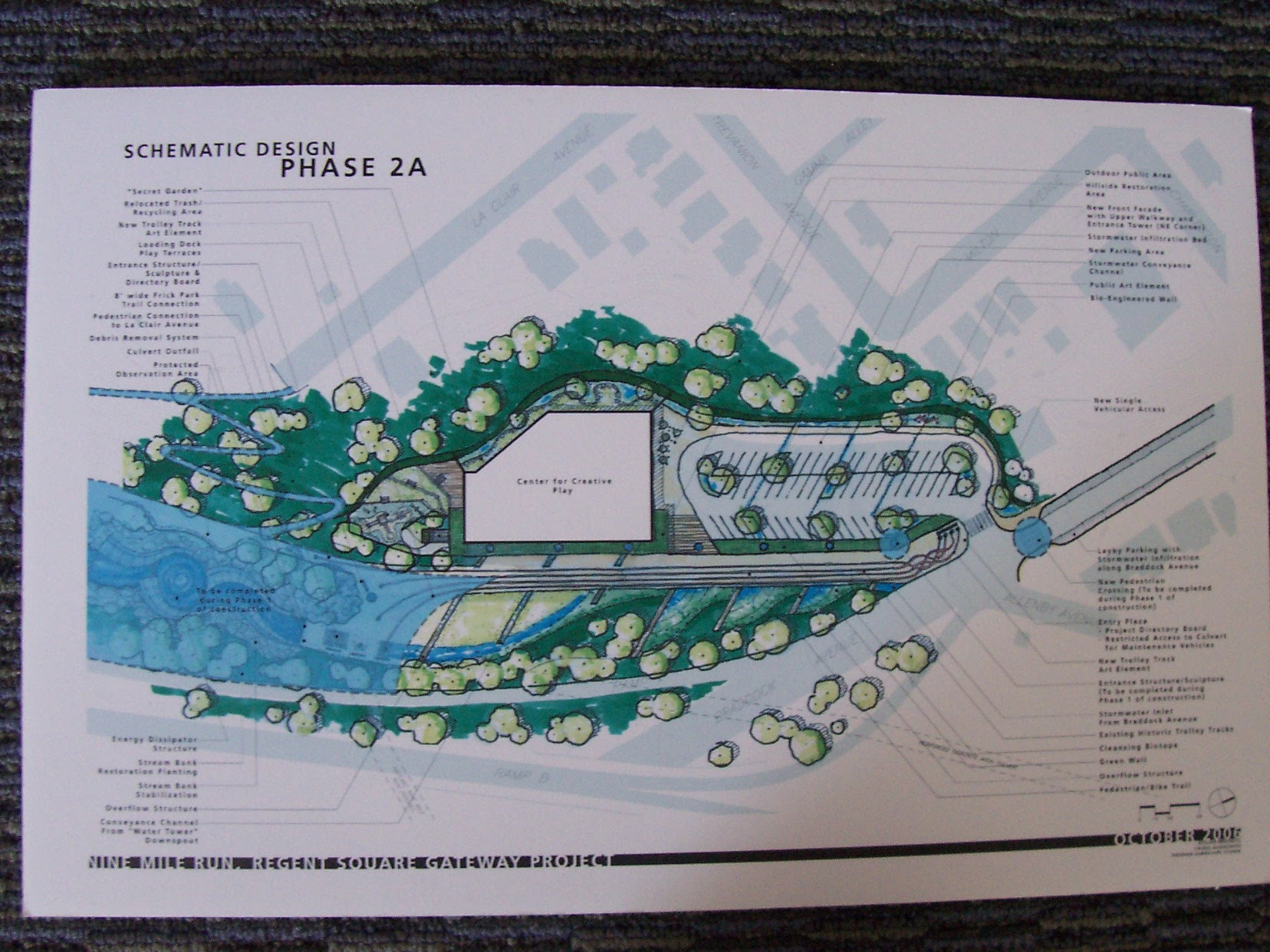 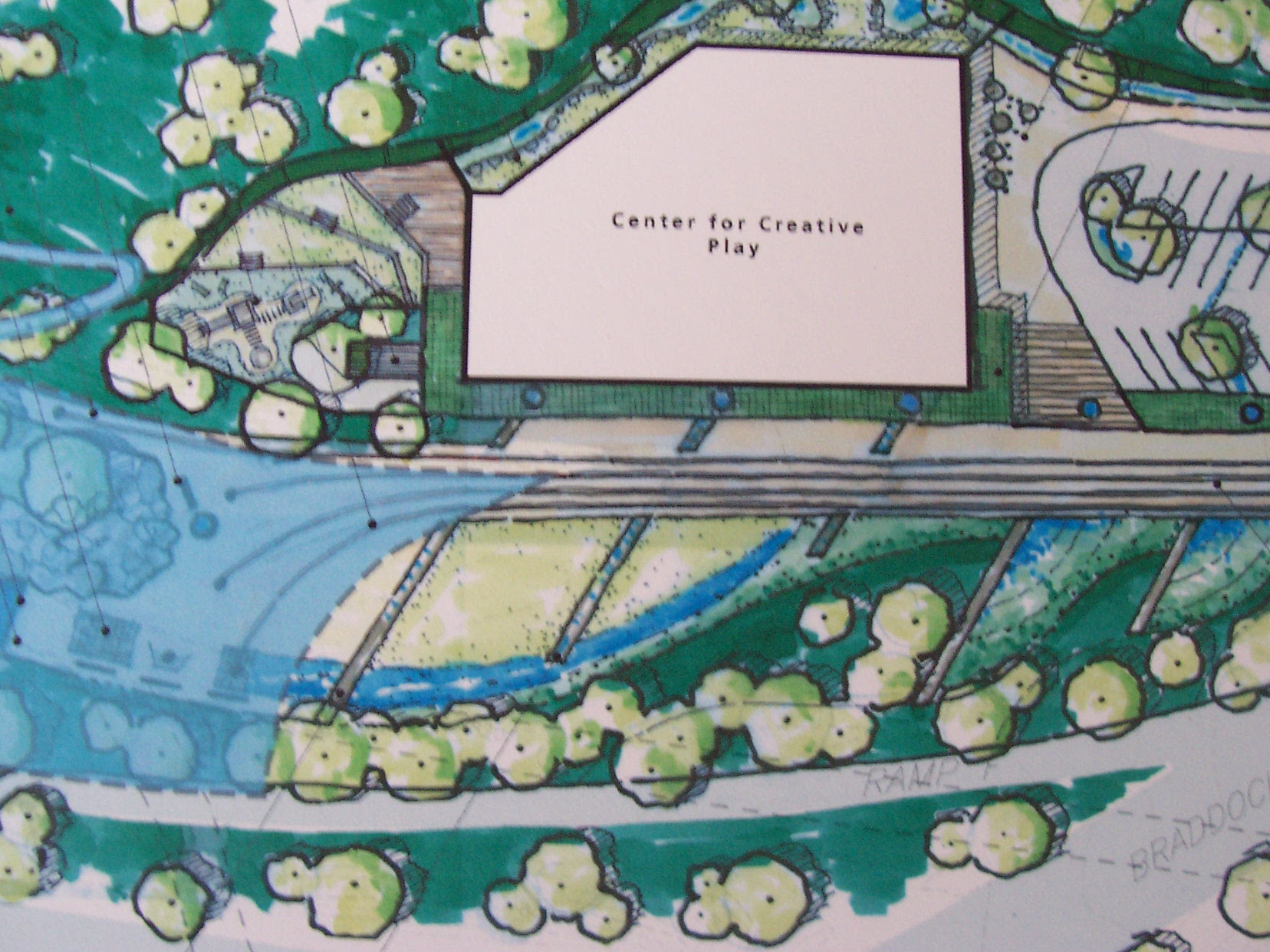 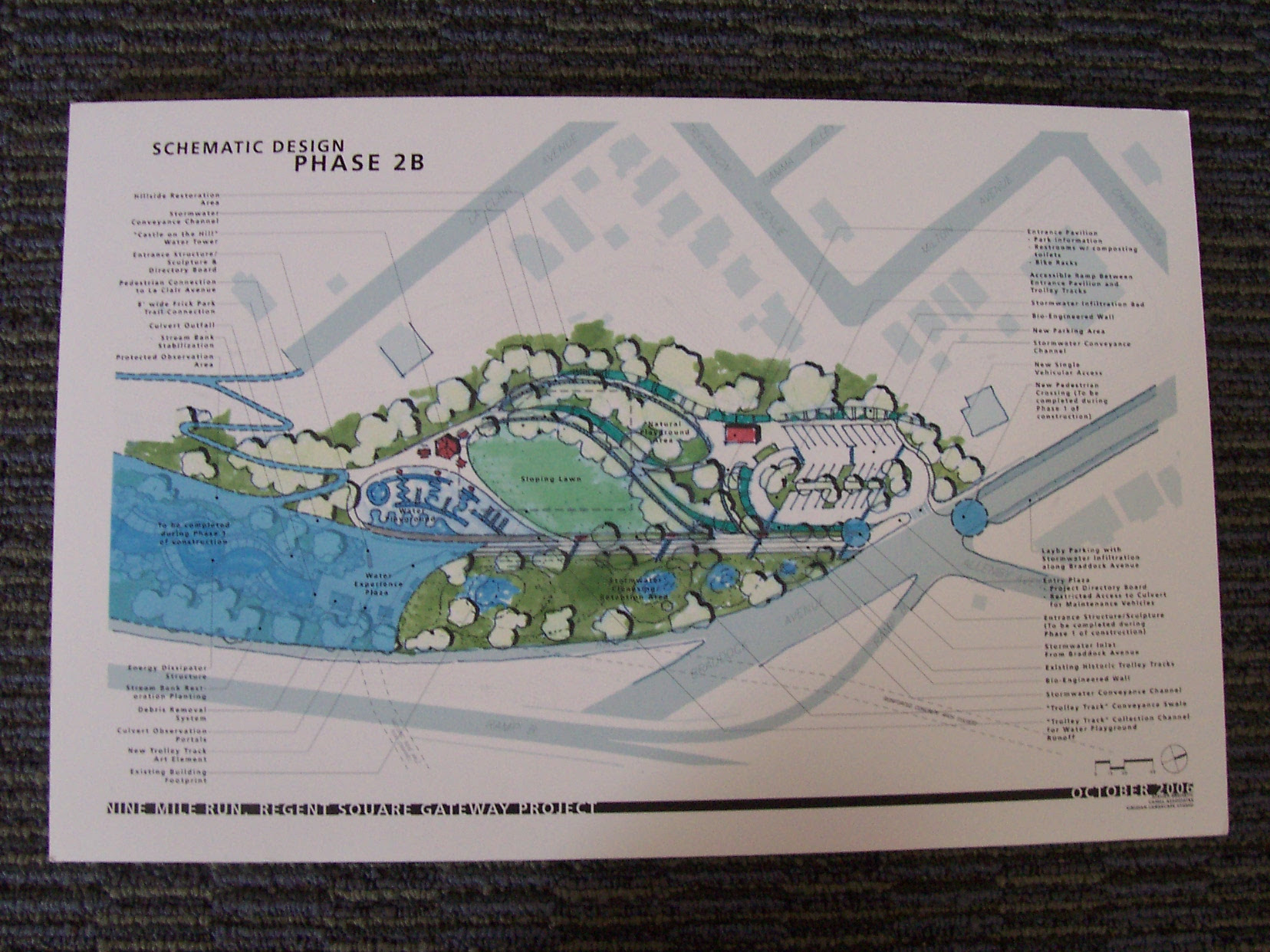 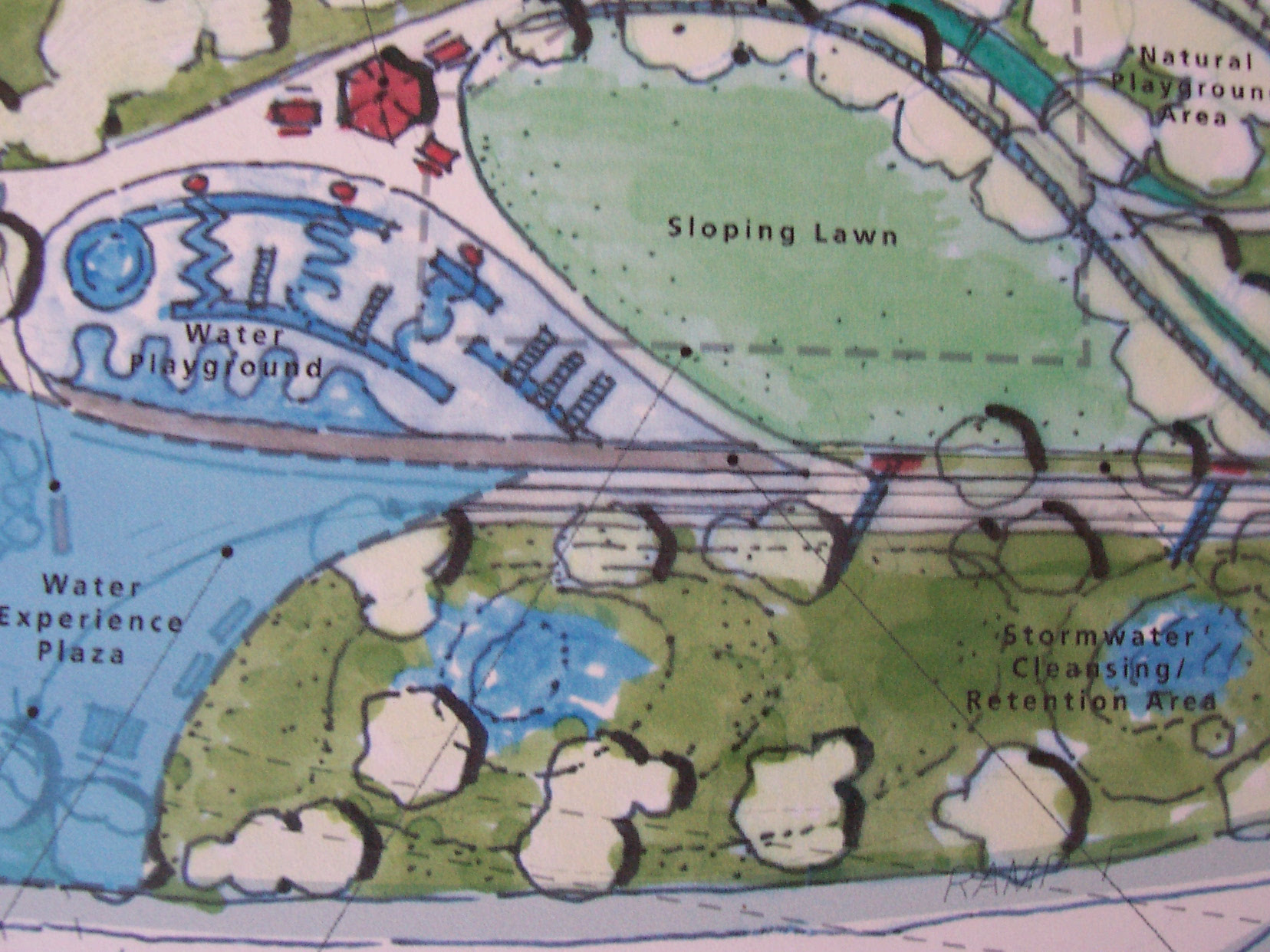