The residential section of the Schenley Farms National Historic District was designed by Franklin F. Nicola and developed between 1905 and 1920 from land purchased from Mary Schenley's estate. (One of Pittsburgh's four regional parks, Schenley Park, was also created out of Mary Elizabeth Croghan Schenley's estate.) The district is a combination of City Beautiful civic design and model planned suburban development of the early 1900s. The residential area includes "96 detached, single-family homes for upper-class residents" (Borchert and Borchert 2002) with underground utilities and several types of architecture - traditional English, French, Colonial-style homes, and Craftsman. (The architecture in the civic section is "predominantly monumental, four-story stone structures in Beaux Arts, Classical, and Renaissance Revival styles.")

I encountered Schenley Farms going back and forth from a hotel in the historic district. I was immediately struck by the large trees and took a brief walk one morning to take a closer look. The underground utilities make a huge difference in the height of the trees as well as a lack of often ghastly utility pruning. 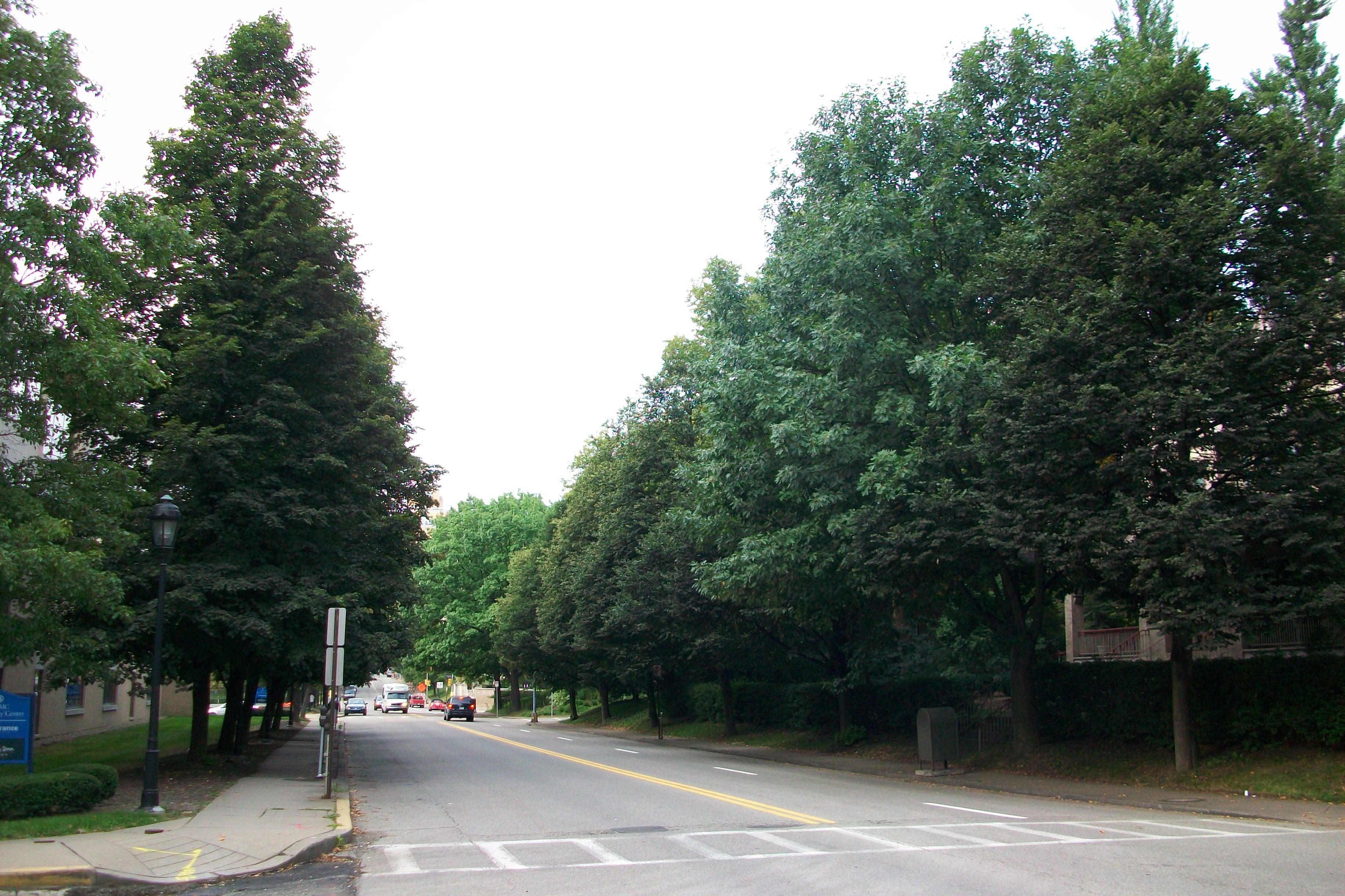 Bigelow Boulevard is the boundary between the residential and civic sections of the Schenley Farms National Historic District. It too has no overhead utilities. The trees are planted behind the sidewalk. Looking south at Tennyson, the canopy consists of mostly lindens with one red oak; the oak is larger in diameter than the lindens. 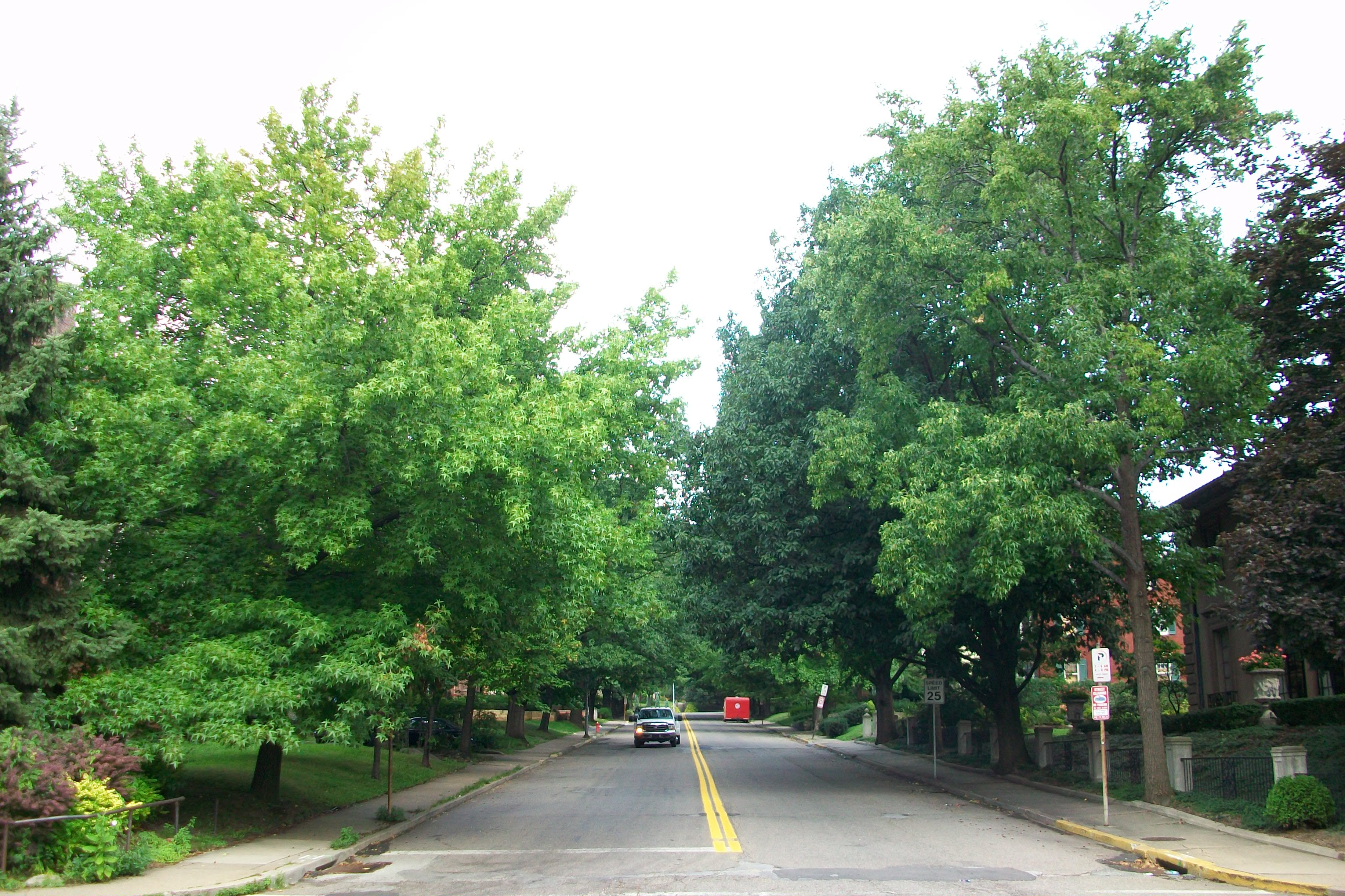 The practice of planting trees behind the sidewalk continues along Bigelow heading west. Trees are planted in front yards and the first block consists of sweetgum, pin and red oak, hawthorne, and maple. 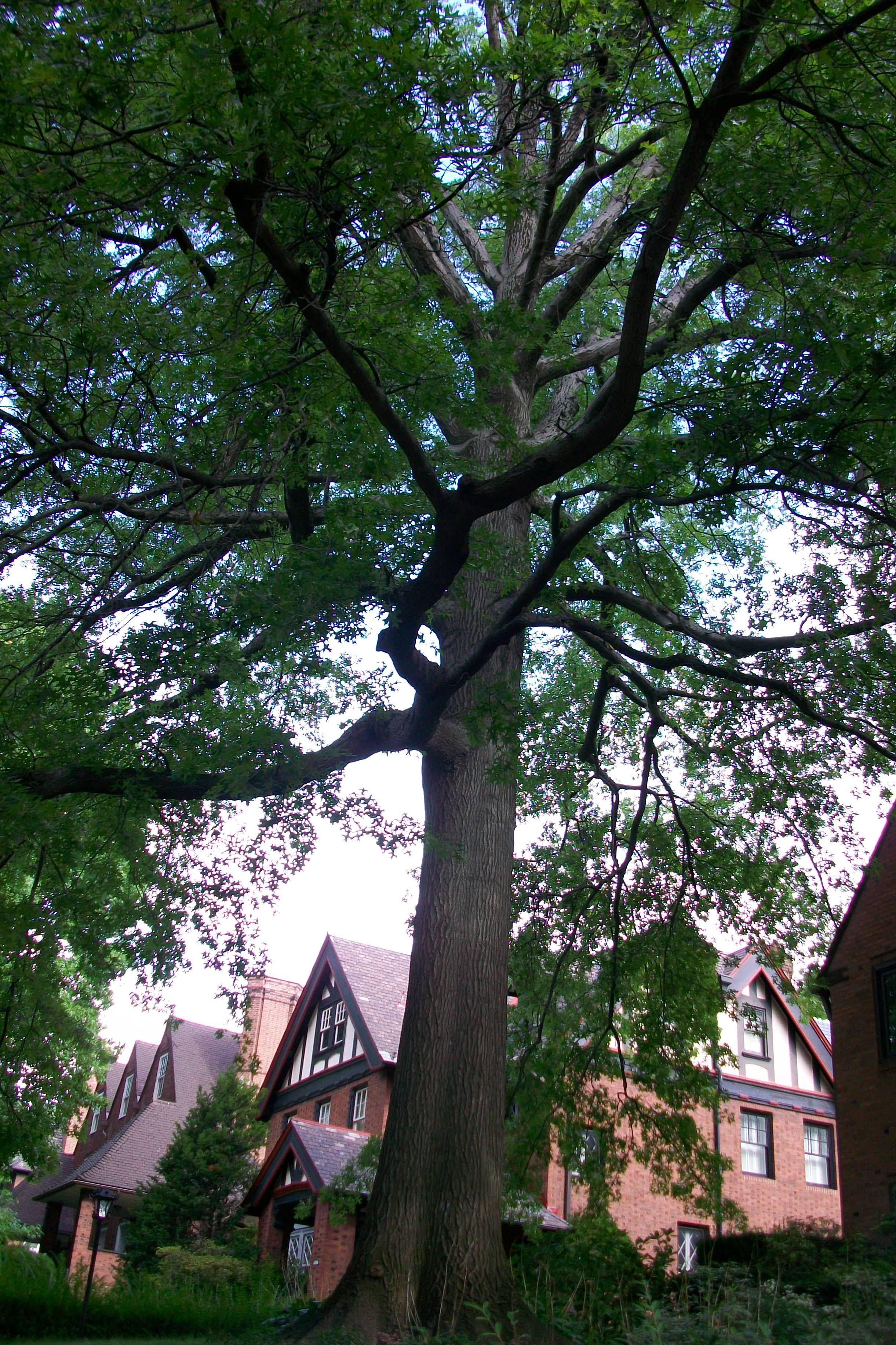 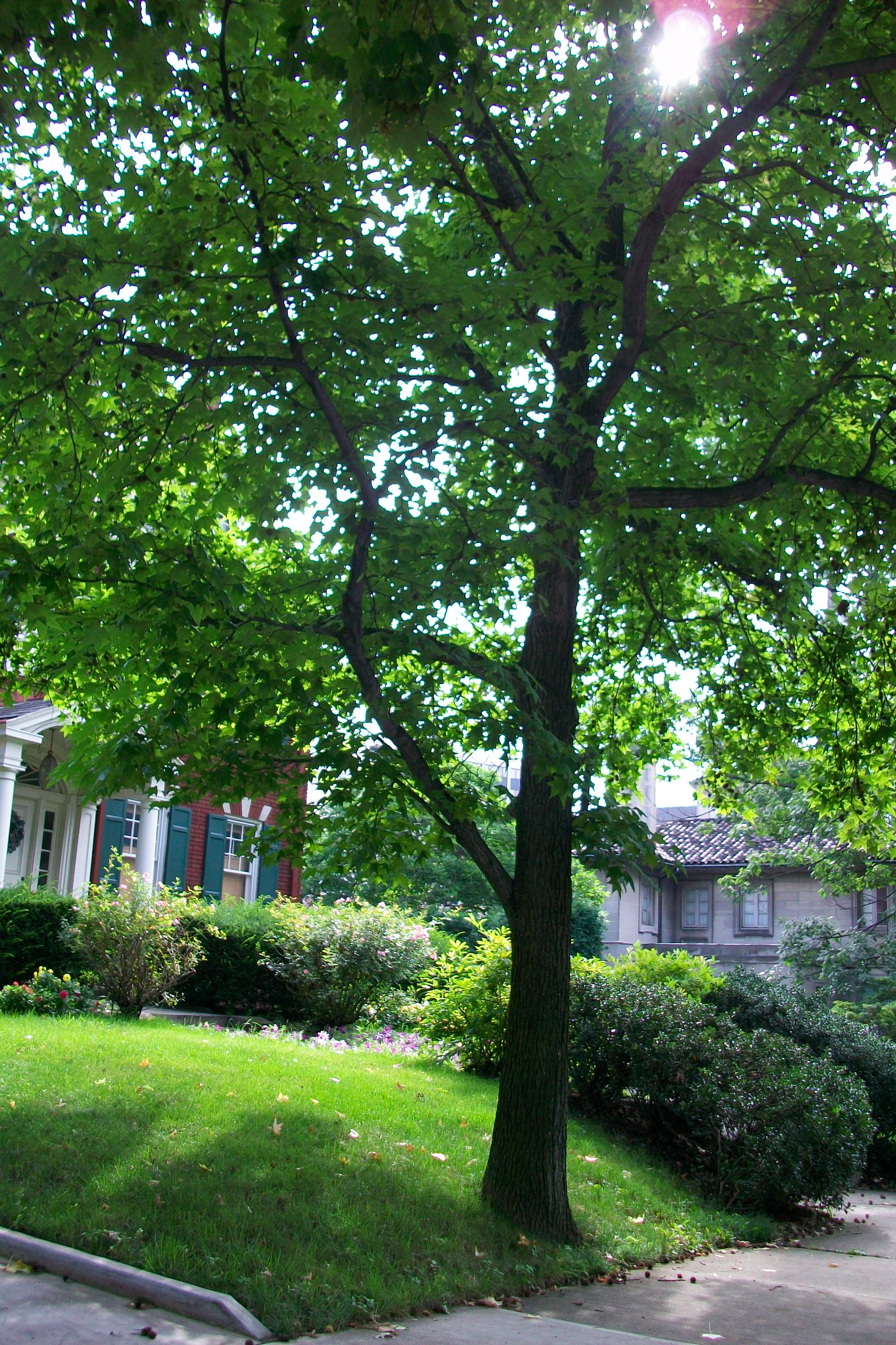 The sweetgums are smaller in diameter than the oaks. 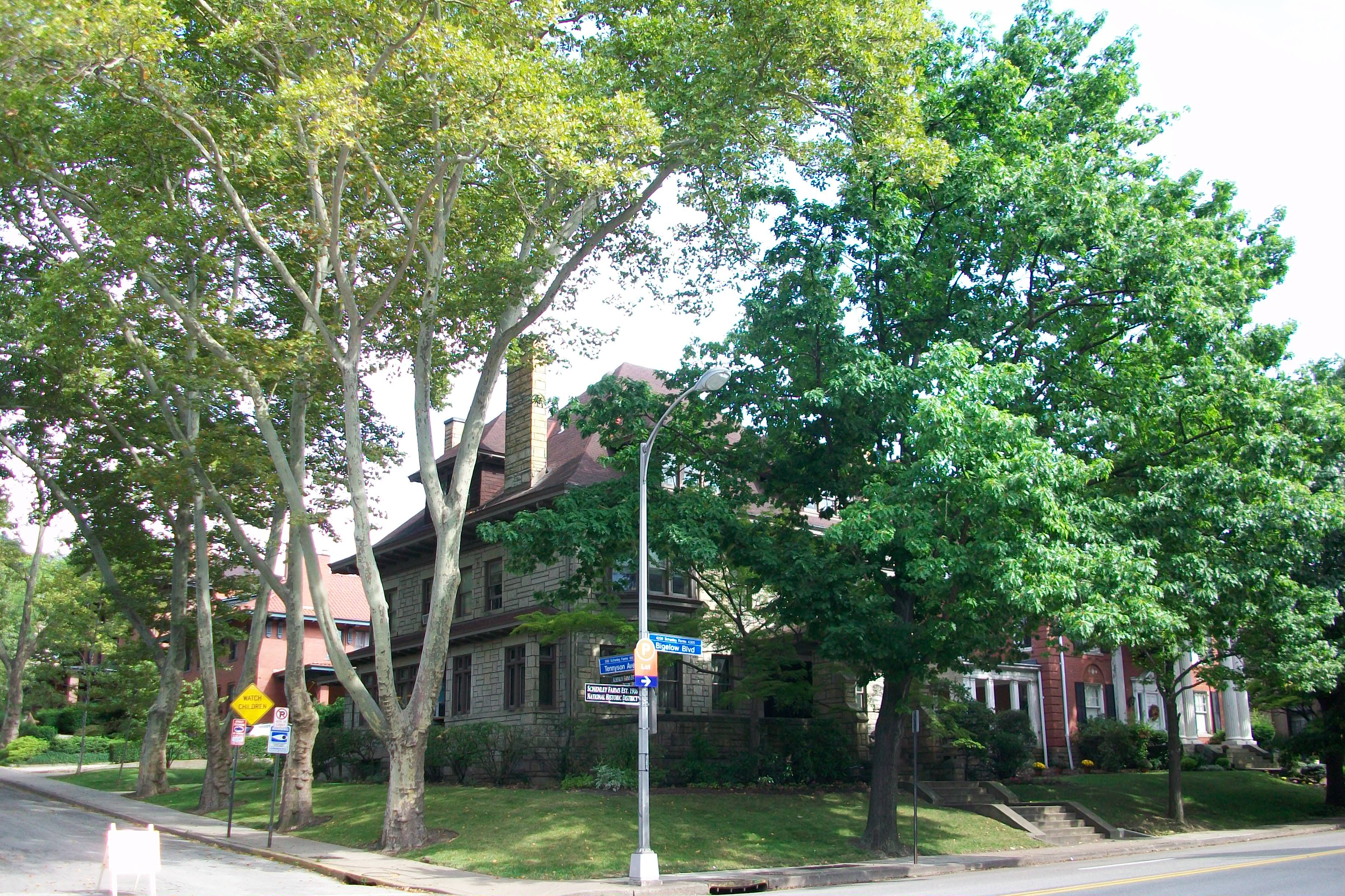 Trees are generously planted around houses in the district. For example, the house at the corner of Tennyson Avenue and Bigelow Boulevard is shaded by six trees - four London planes, one red oak, and one sweetgum. The only distraction is the form of the planetrees as a result of pruning: 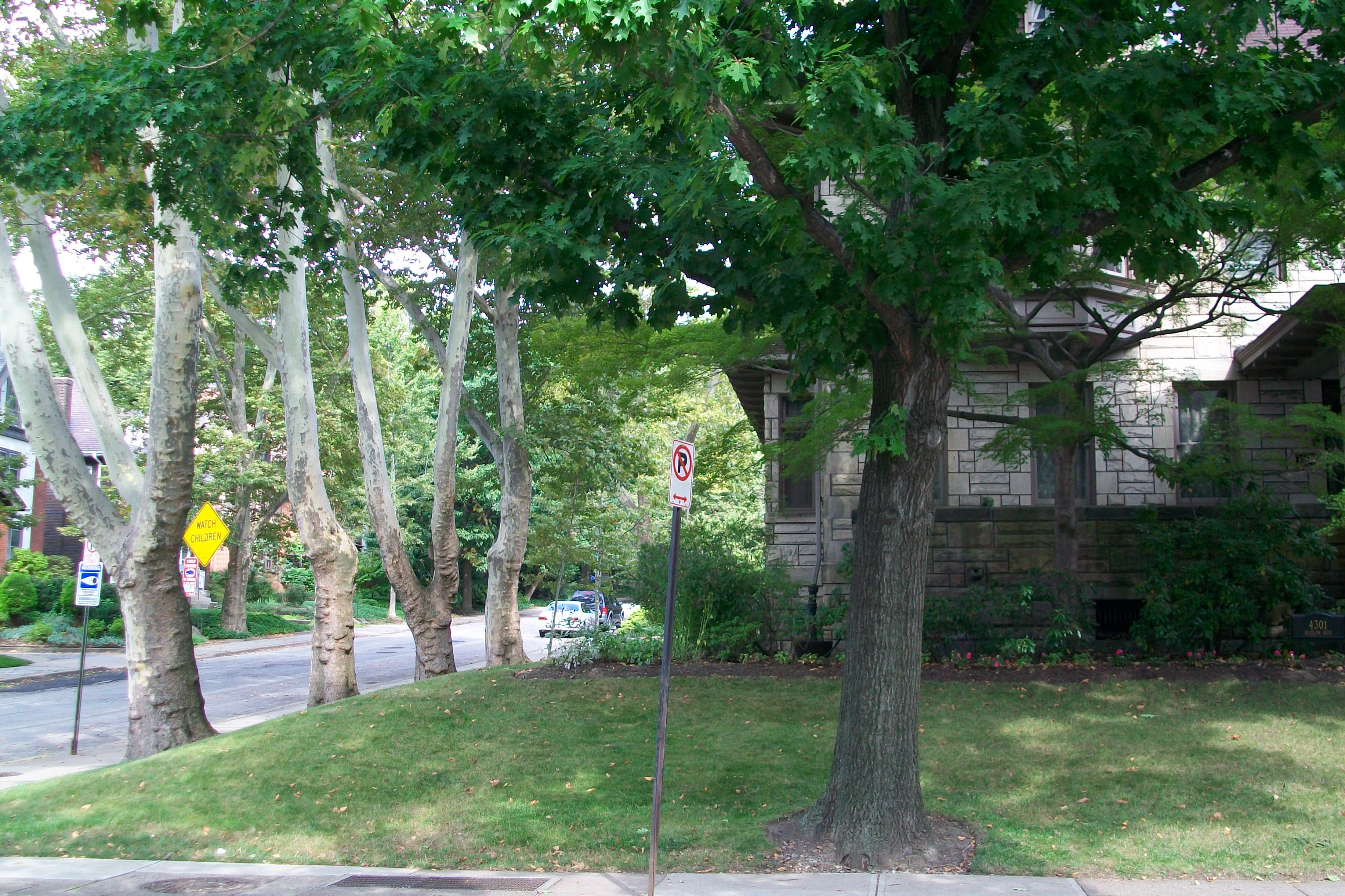 Question: Where are the generously planted streets in your city?