Update, Sept. 11, 2009: I received a kind email from Arthur Plotnick. Art has given his permission to post his email here:

As the author of THE URBAN TREE BOOK, I was cheered to see that the book is one of your favorites--- and worth quoting from on your fine site (re European Beech). Though the book (now only available at online bookstores) has sold some 8,000 copies, the illustrator (my wife) and I feel that still more readers would enjoy it, and such mentions as yours are a great help. Here's to the cause, and all best wishes to you. Yours, Art Plotnik

You can find Art online at artplotnik.com. 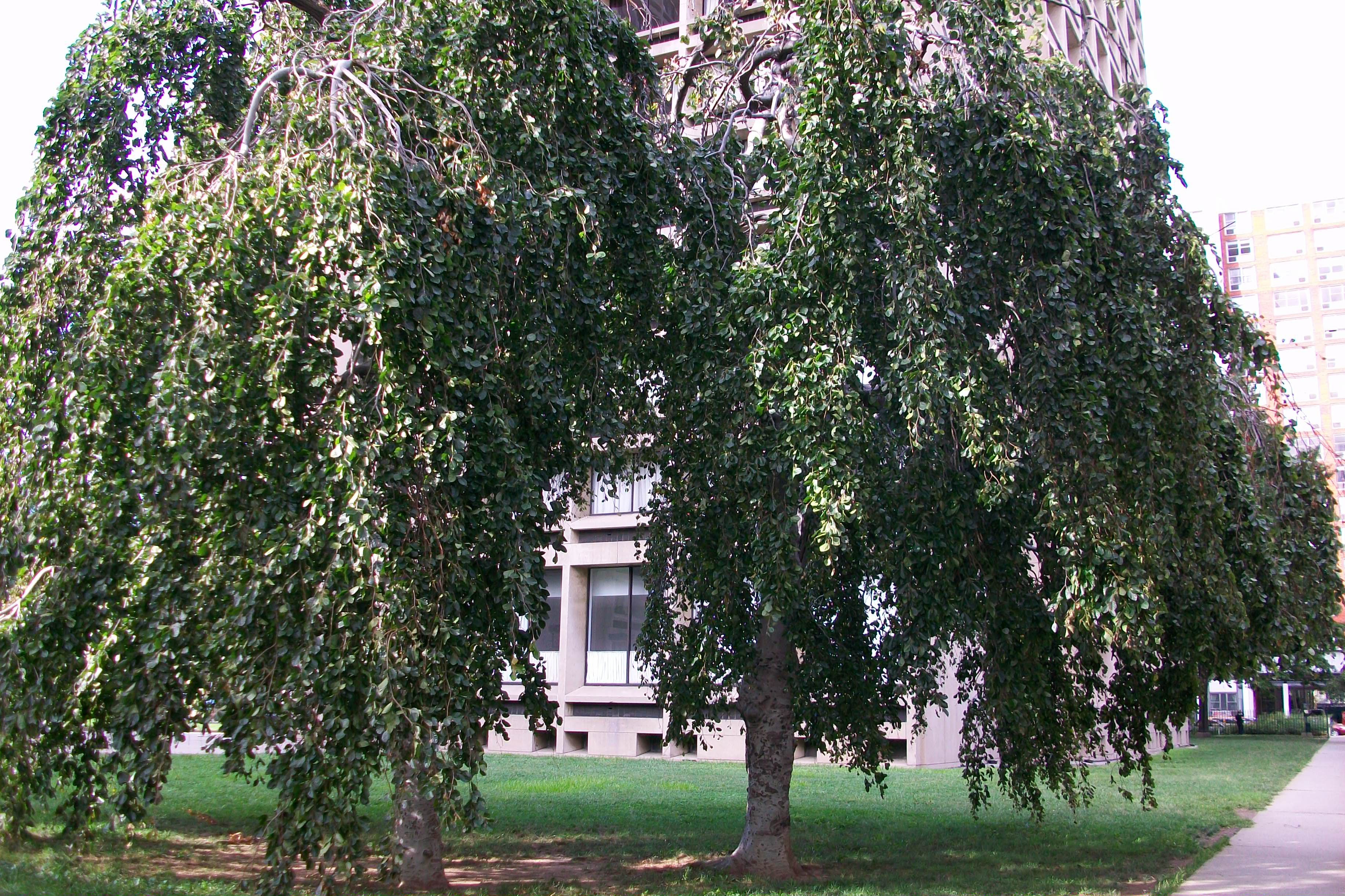 Two lone weeping European beeches (Fagus sylvatica pendula) occupy a grassy area near NYU's Coles gym.* It's rare to see a weeping beech outside a park setting in the city. The author of my favorite urban tree guides, Arthur Plotnik of The Urban Tree Book, writes of the European beech:

the European beech is a large, slow-growing tree, similar in form, flower, and fruit [to the American beech, F. grandifolia]. But its foliage quickly distinguishes it from the North American species: The leaf edges are wavy, not pointy-toothed, where the veins meet them....Beeches that form a giant weeping heap or sport exotically colored or filigreed leaves are always European varieties....A runty, contorted European beech variety (F. sylvatica 'Tortuosa') is actually called "monster" or "parasol" beech. Striking when snow-covered, its branches twist like "snakes in a frenzy," wrote a staff member about the Arnold Arboretum's specimen in Massachusetts. 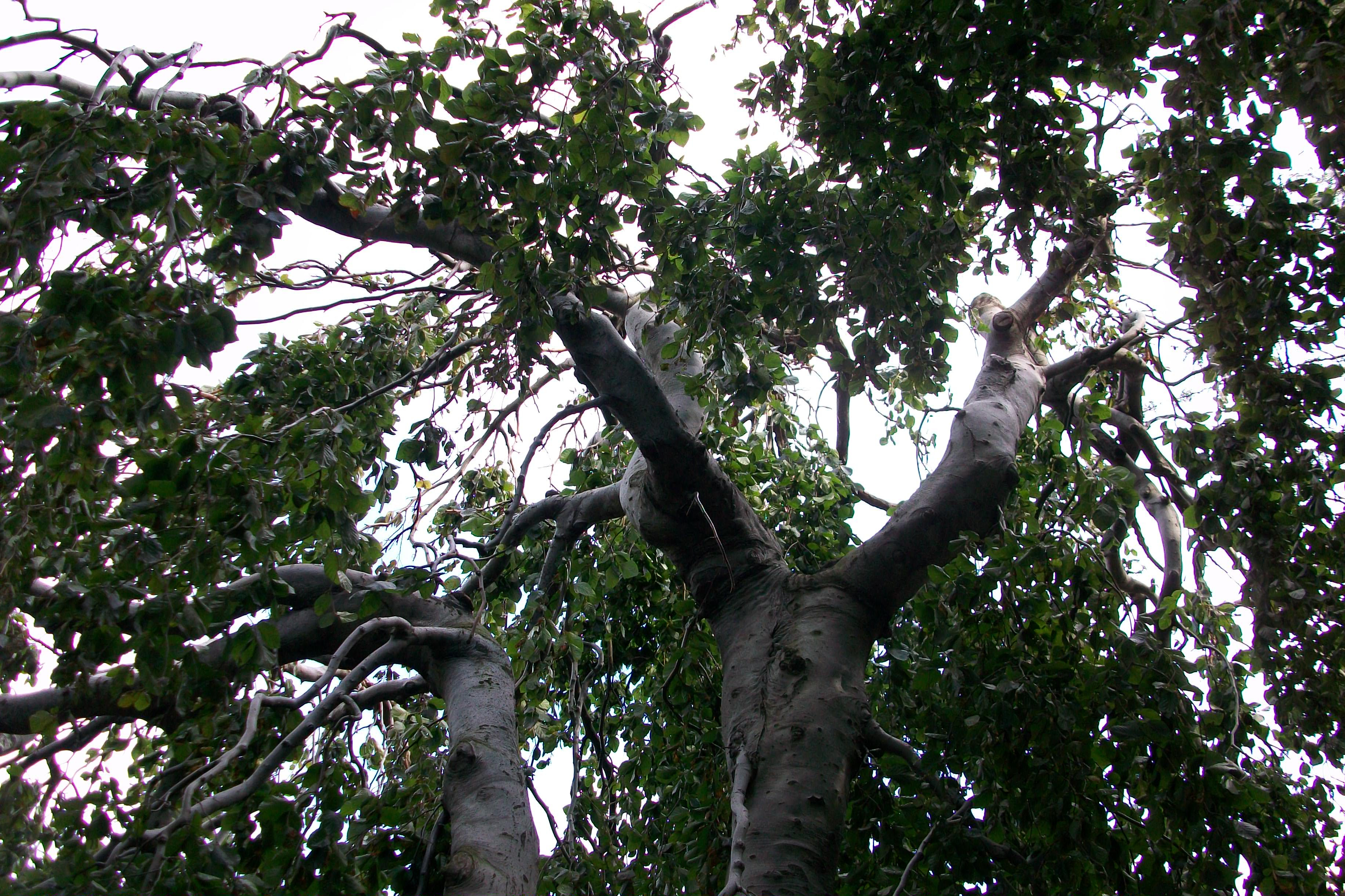 I wonder if these beeches are F. sylvatica 'Tortuosa'? 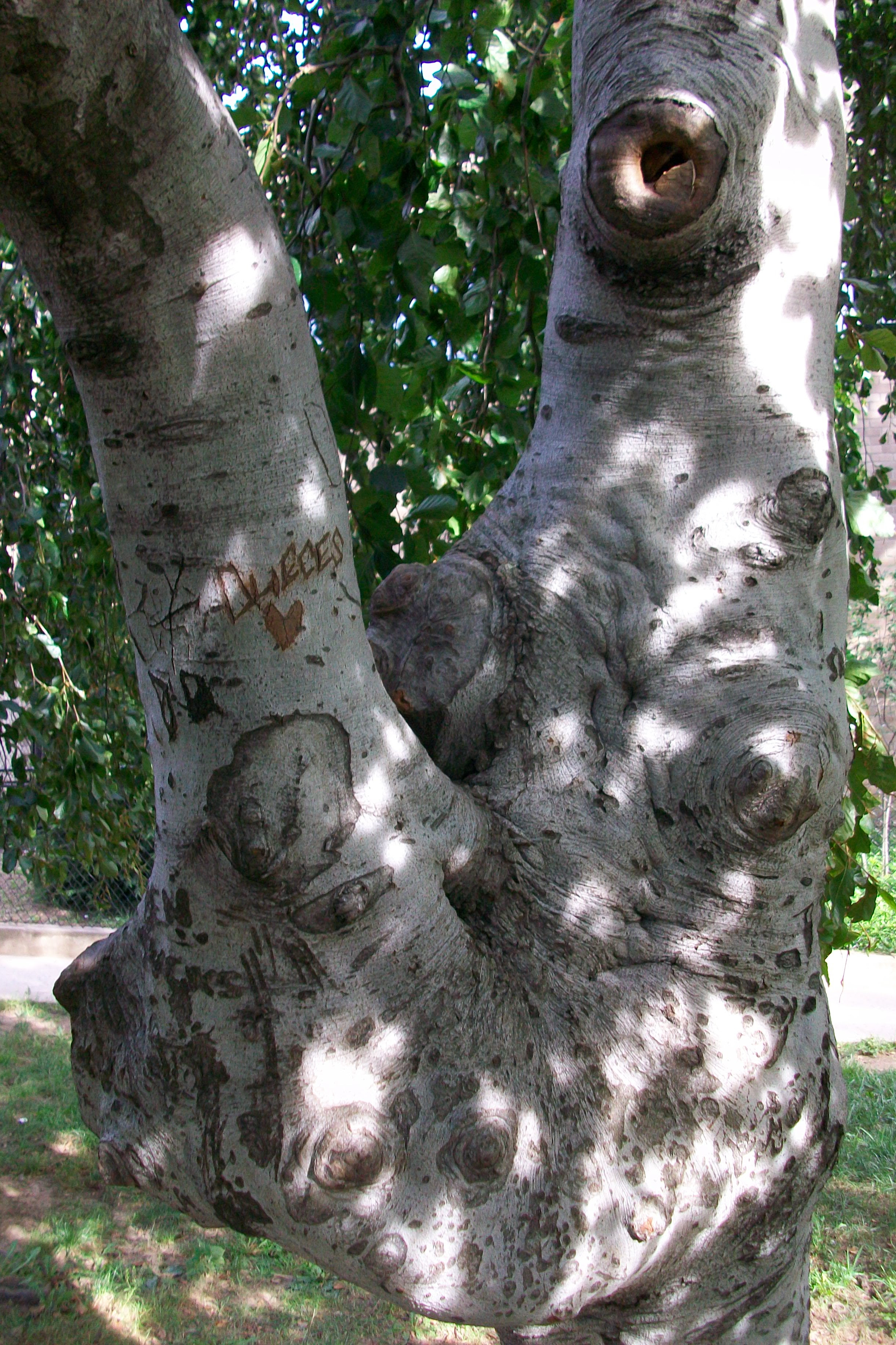 In northern Europe, ancient runic inscriptions on the bark might have prompted the English name "beech" via Germanic words for "book" or "letter." The Polish word for beech is buk.

*NYU is located in our new neighborhood and owns a lot of open space.