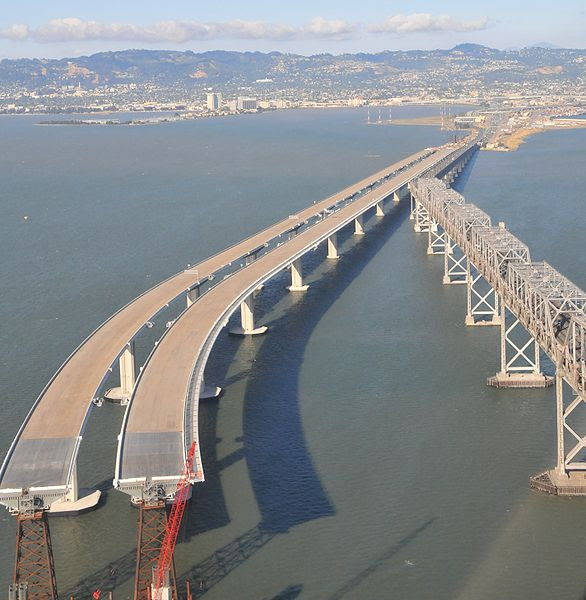 While we've been wondering why the new span of the Bay Bridge (between Oakland and San Francisco) was not designed for multiple modes of transportation (vehicles, pedestrians, bicyclists, and subway lines) like several bridges in our new city of New York, Ronald Rael, principal at Rael San Fratello Architects and professor in Architecture at UC Berkeley, has been designing a park for the old span of the Bay Bridge. 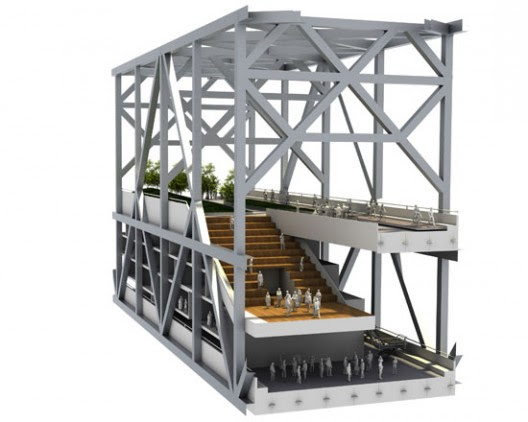 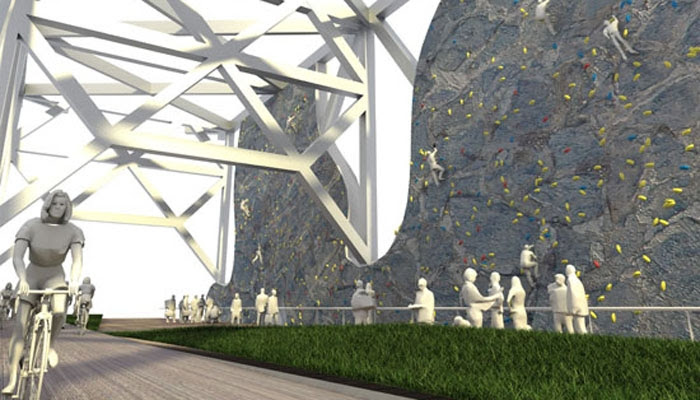 If you notice a resemblance to the High Line, it's not coincidental. Rael used to live in New York City. You can read Rael's proposal - submitted to a UCLA competition - via SF Streetsblog. For more about the Bay Bridge project, including the recent closure, visit the Bay Bridge Seismic Safety Projects website.