A stroll around Washington Mews, or Where did Edward Hopper live 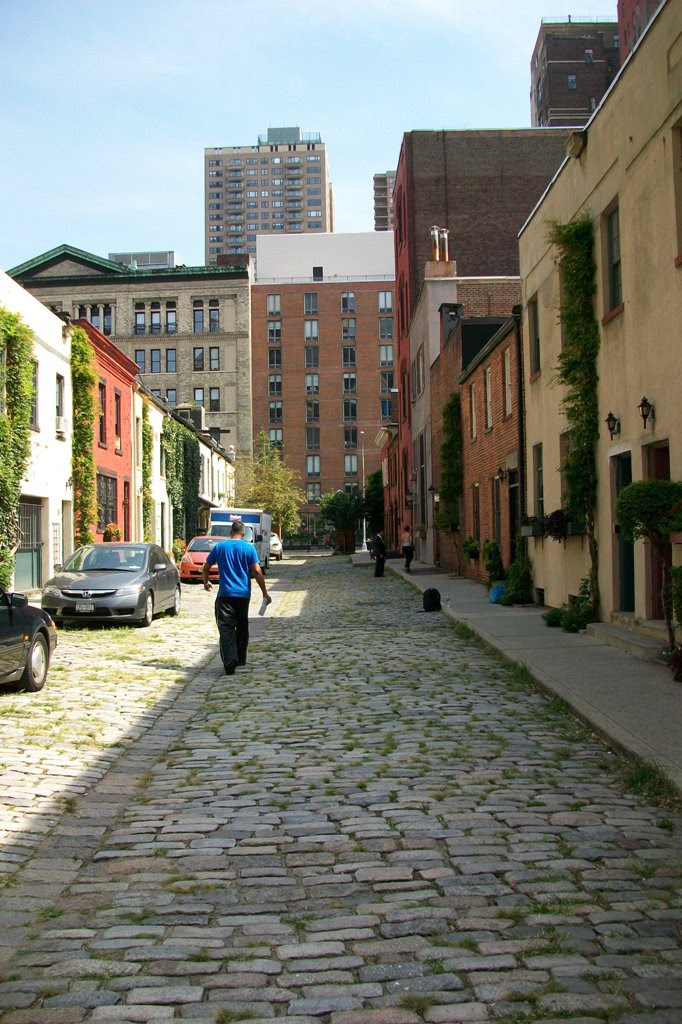 We received a hand-me down gift from someone leaving New York for California (we moved from California to New York this summer). The gift: Martha Fay's City Walks: New York, a boxed set of cards of "50 adventures on foot." My first adventure on foot was card #16 - Greenwich Village 2: A Stroll around Washington Square. I did not complete the entire walk. I focused on Washington Mews, a private, cobbled street north of Washington Square Park. Mews is defined as a "street lined with buildings that were originally private stables but have been remodeled as dwellings." 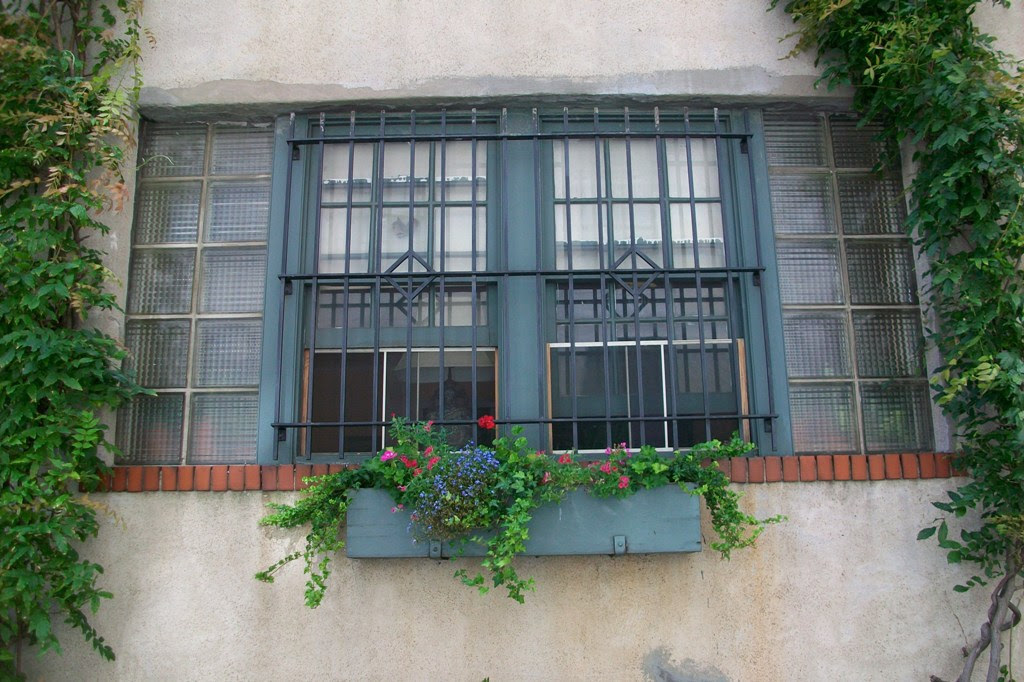 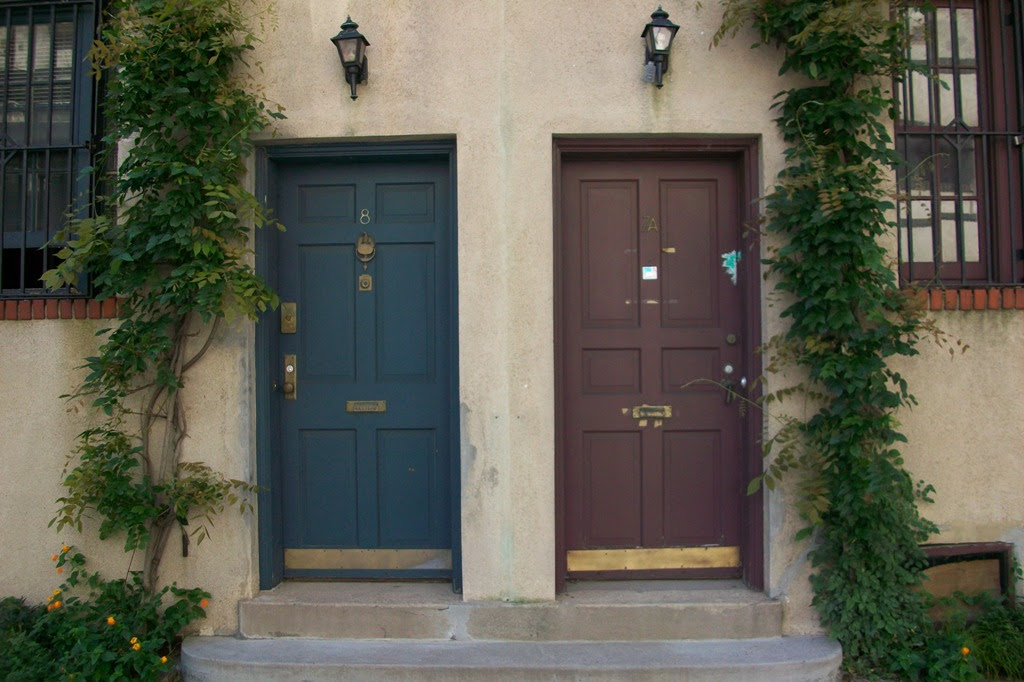 The street is very appealing: mostly two-story brick and stone buildings adorned with window boxes and variously colored doors. Fay notes that the former carriage houses serviced the townhouses facing Washington Square. The original stables are on the north side of the street (left side of the mews in the first photograph) while the south-side buildings were constructed in the 1930s (source: Forgotten New York). The Mews is owned by New York University though most of the townhouses facing the park are not held by the university. The building pictured above is at the west end of the block, a row of houses commissioned by wealthy families in the mid-1800s. One such family was that of the novelist, Henry James. His grandmother lived at 18 Washington Square North (source: Wikipedia). A passage from the his 1880 novel, "Washington Square," describes the class of person and type of house to be found on the square:

The ideal of quiet and genteel retirement, in 1835, was found in Washington Square, where the doctor built himself a handsome, modern, wide-fronted house, with a big balcony before the drawing-room windows, and a flight of white marble steps ascending to a portal which was also faced with white marble (Source: Ephemeral New York).

The history of the park before it was faced by Greek Revival mansions:

The parkland was once a marsh fed by Minetta Brook. It was located near an Indian village known as Sapokanikan or “Tobacco Field.” In 1797 the Common Council acquired the land for use as a Potter's Field or common burial ground. The field was also used for public executions, giving rise to the tale of the Hangman’s Elm which stands in the northwest corner of the park. The site was used as the Washington Military Parade Ground in 1826, and became a public park in 1827. Following this designation, a number of wealthy and prominent families, escaping the disease and congestion of downtown Manhattan, moved into the area and built the distinguished Greek Revival mansions that still line the square’s north side. 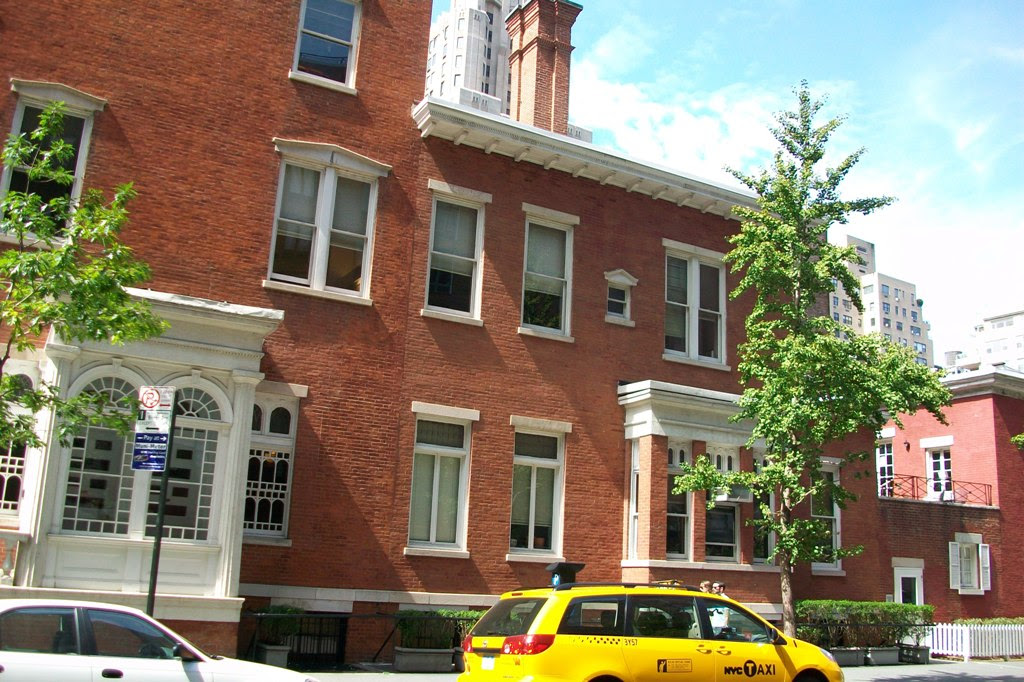 The row is also known for another historic figure - Edward Hopper - who either resided at 1 or 3 Washington Square North. Julie Lasky of Observatory: Design Observer writes that Edward Hopper and his wife lived on the fourth floor of 1 Washington Sq. North, what is now the New York University School of Social Work. Wikipedia lists Edward and Jo Hopper's address as 1-3 Washington Sq. North, while Walking Off the Big Apple, artnet, the Museum of Fine Arts Boston, and Rolf Günter Renner in "Edward Hopper, 1882-1967: Transformation of the Real" lists the Hopper's address as No. 3. 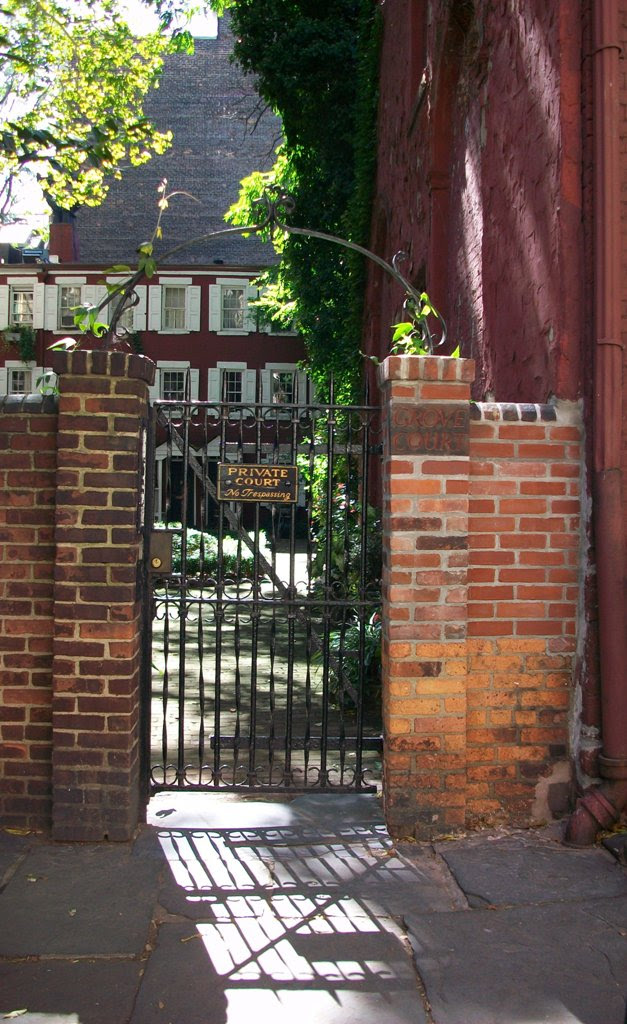 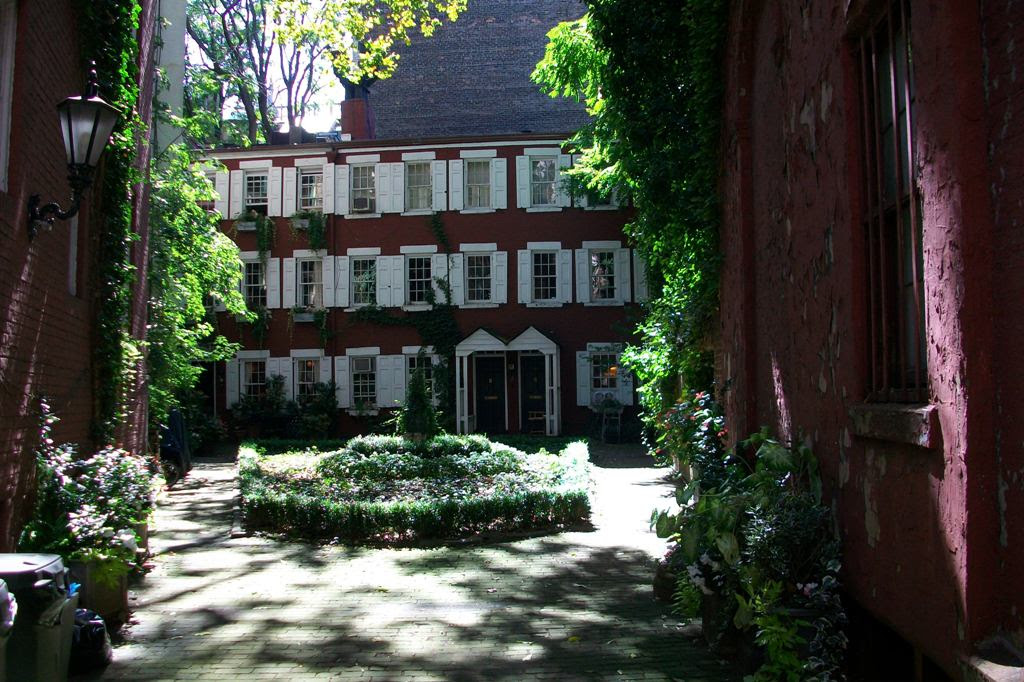 Grove Court, a courtyard of six houses between 10 and 12 Grove Street, is described as a mews by Martha Fay in City Walks: New York, but these houses, built for workers between 1848 and 1952, do not have a history of stable use. The term "mews" is historically associated with stables:

"stables grouped around an open yard," 1631, from Mewes, name of the royal stables at Charing Cross, built 1534 on the site of the former royal mews (attested from c.1394), where the king's hawks were kept (see mew (n.2)). Extended by 1805 to "street of former stables converted to human habitations." (source: Online Etymology Dictionary)

Grove Court used to be called Mixed Ale Alley but it is "now among the most exclusive Village streets." Is there a connection between the arts and mews? Angela Lansbury's character lived next to the Grove Court "mews" at 12 Grove Street in the 1964 film The World of Henry Orient and John Ritter's character "cavorted" in the 1980 film Hero at Large (source: "New York: The Movie Lover's Guide," Richard Alleman) 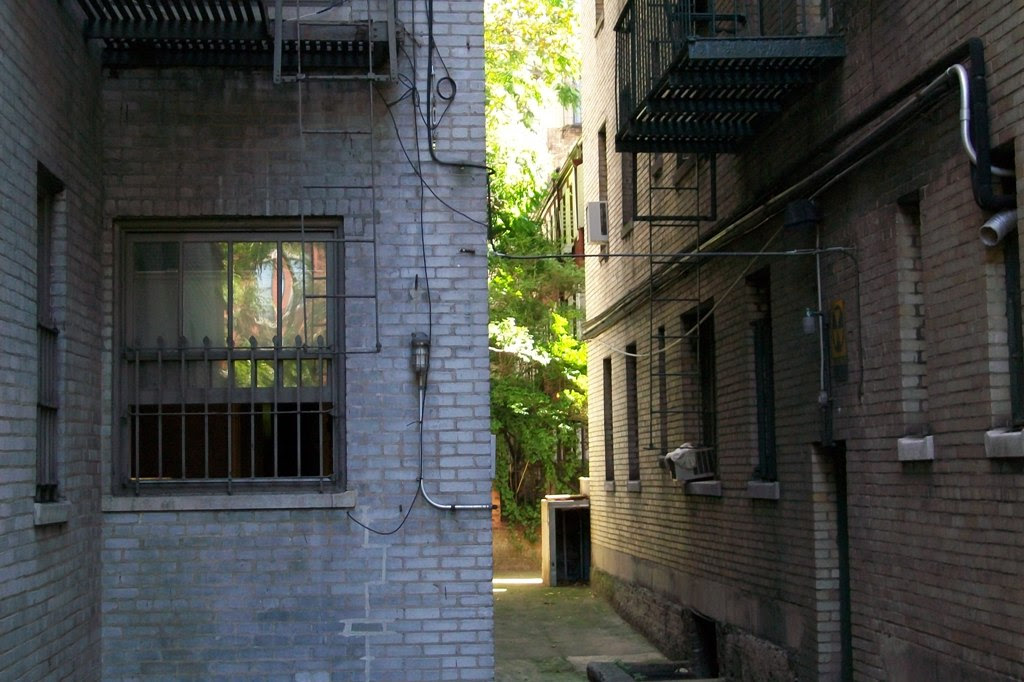