The Sacramento Parking Lot Ordinance, passed in 1983, has a 50% shading requirement for off-street, surface parking lots within 15 years of their development (Sacramento City Code, Title 17). Sacramento was one of several California cities that passed "cooling" ordinances in response to the energy crisis of the 1970s (McPherson 2001). Sacramento's shading requirement mandates tree planting. McPherson (2001) writes that not only is "tree planting is one of the most cost-effective means of mitigating urban heat islands and associated expenditures for air conditioning" (after Huang et al., 1987; Akbari et al., 1992; Simpson and McPherson, 1998), tree planting is "considered essential to moderating the heat gained by asphalt parking lots" (after Asaeda et al., 1996). 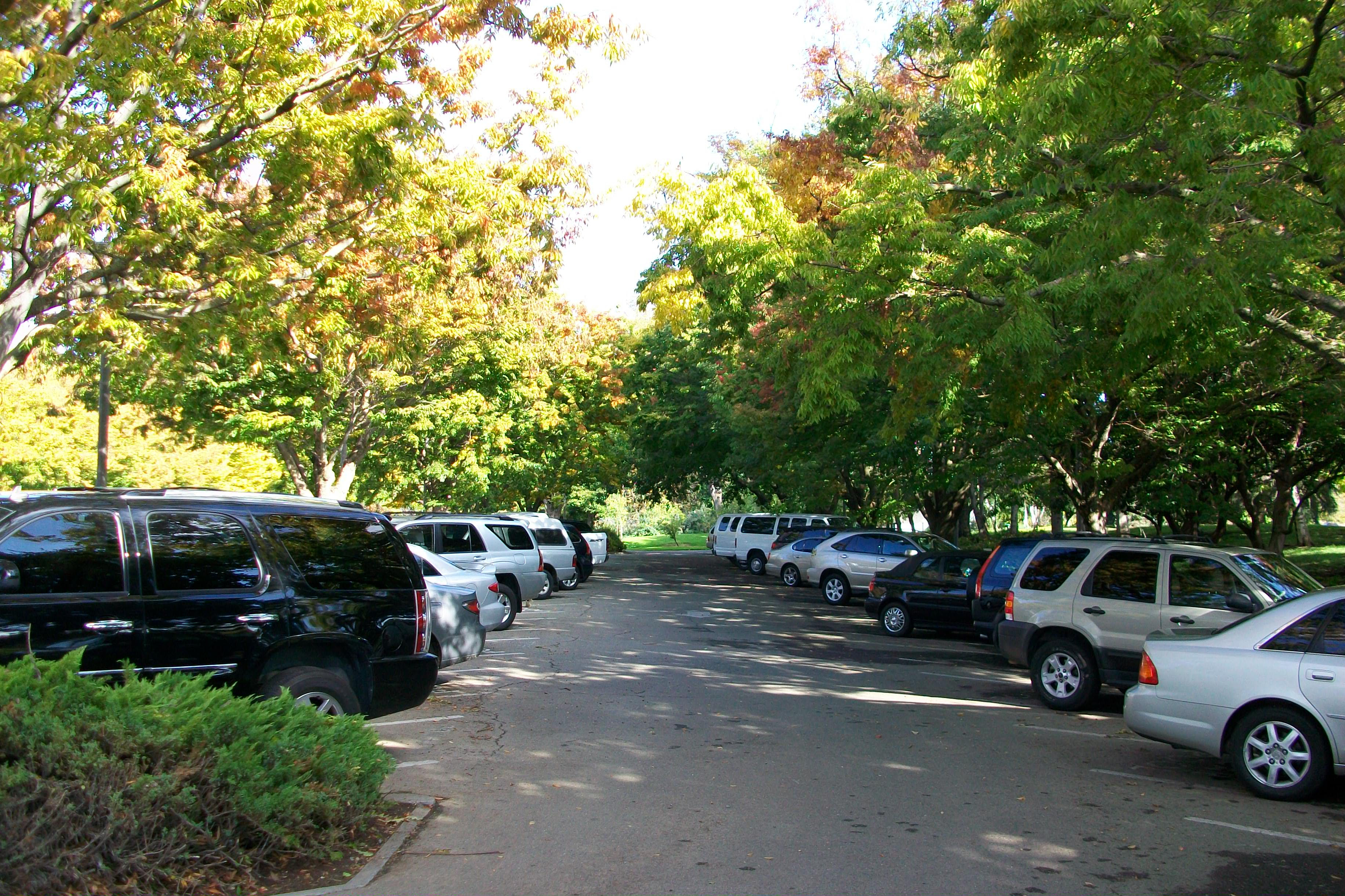 Despite the effectiveness of tree planting in moderating elevated temperatures of surface parking lots as well as in providing associated benefits such as stormwater runoff mitigation, trees have competitors. During my field work, I learned that photovoltaic shade structures are becoming a popular alternative to trees in providing surface shading. (I am not sure if the city's ordinance has been revised to accommodate these structures.) 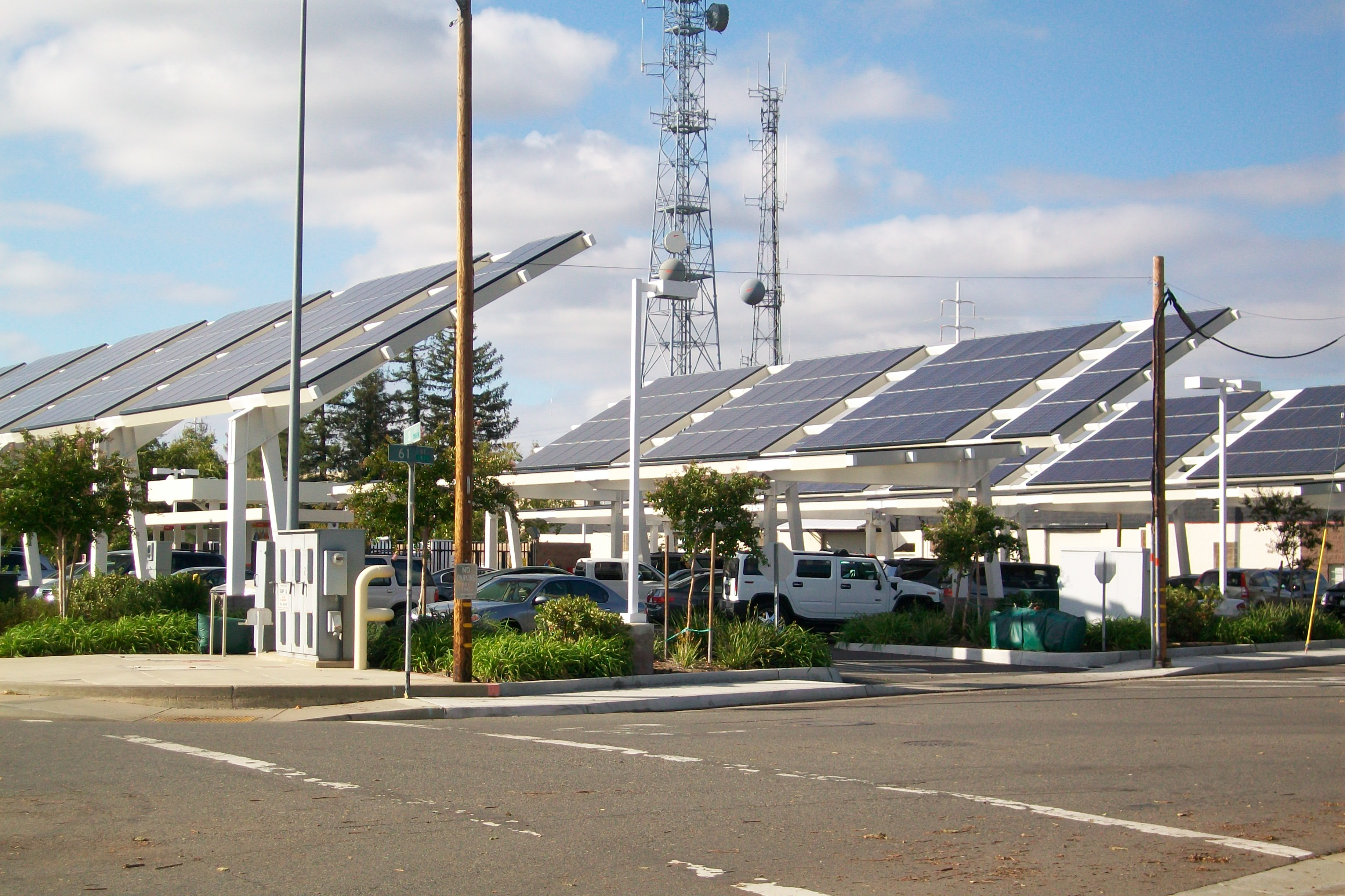 PV-shade structures provide not only shade, but the capture of solar energy can provide revenue to the property owner. The parking lot in the above photograph is owned by the Sacramento Municipal Utility District. The lot sits on the site of a former building. The array

produces 80 kilowatts of electricity. This is equivalent to powering about 40 single-family homes or enough hydrogen for about 14 fuel-cell vehicles. (SMUD News Release 2008)

A final thought: I prefer the tree-shaded parking lot; in addition to its environmental benefits, it is more attractive than the PV-carport. Hopefully the MIT scientists who have mimicked photosynthesis will focus on using photosynthetic energy to power electric vehicles.